While these skin growths are usually found on older patients, and on body parts that regularly receive sunlight, this 50-year-old had a gigantic growth that turned out to be cancerous. 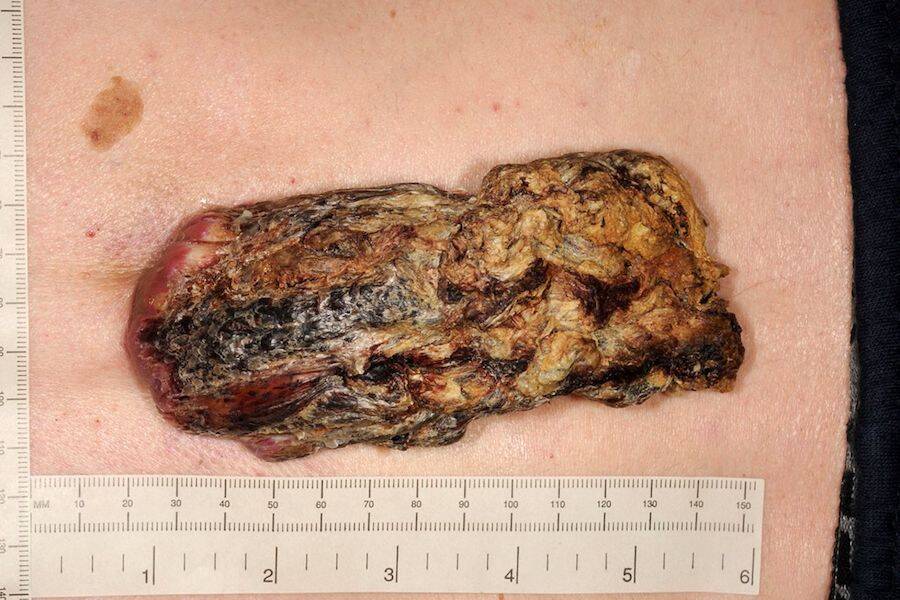 BMJ Case ReportsThis cancerous growth had been swelling out of a 50-year-old man’s back for three years before he sought help.

Believe it or not, the photo above indeed shows a skin growth on a man’s back. According to LiveScience, this brownish-yellow horn of hardened skin began as a rough lesion on the body of a 50-year-old British man. After three years of neglect, however, it grew astonishingly large.

Published in the BMJ Case Reports journal, a study details when, how, and why the protruding object became so huge. To add some even more unnerving context, the “dragon horn” almost extended all the way down to the man’s waist at the time of its surgical removal.

It’s unclear why the patient let three birthdays pass before seeking medical assistance, but truth is naturally stranger than fiction. The man thus allowed this horn to grow 5.5 inches long, more than two inches wide, and just over two inches thick before finally losing his patience.

But what exactly are these growths, and what can be done to prevent these ungodly structures from swelling out of one’s body? 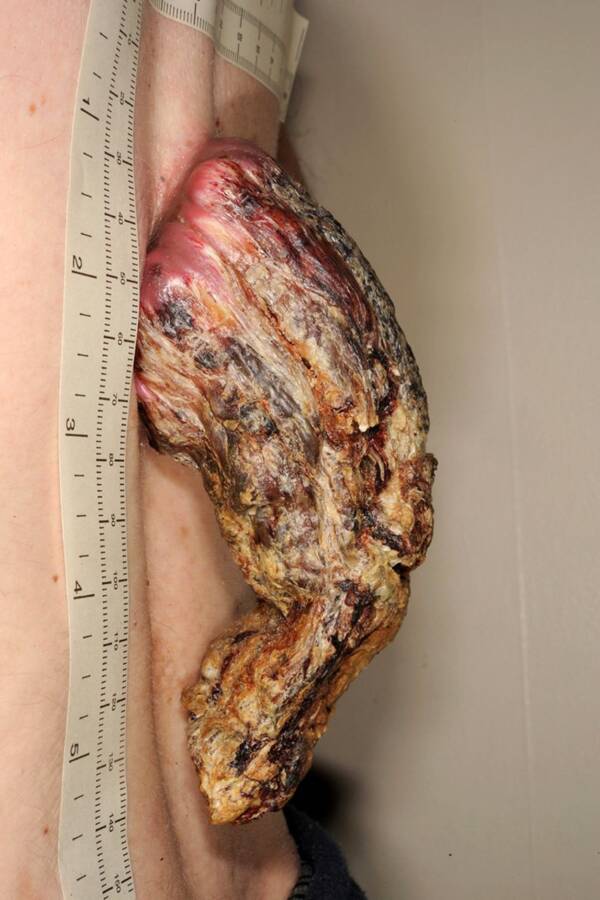 BMJ Case ReportsThe patient had the growth, which nearly reached his waist, removed in the United Kingdom.

Known as cutaneous horns, these conical structures consist of tightly packed keratin — the same protein essential to hair and nail growth. While they can form practically anywhere on the body, they’re usually found on people older than 60, and on skin regularly exposed to sunlight.

Cutaneous horns are often linked to skin cancer, although malignancy is only found in around 16 percent of those cases. For this particular patient, squamous cell carcinoma — a skin cancer caused by runaway cell growth on the epidermis — was discovered.

While the patient didn’t have a family history of skin cancer or a personal history of excessive sun exposure, he was a regular smoker with fair skin, which put him in a higher-risk group.

Cutaneous horns are typically far smaller in size than the one found on this patient’s back. However, that doesn’t mean these distressing growths haven’t reached astonishing sizes before. This is shown by some of the most egregious examples on record.

One measures eight inches long, and was removed from a 70-year-old woman before being donated to a museum in the 1940s. It’s currently on display at The Mütter Museum of The College of Physicians of Philadelphia.

Another horn, exhibited at the same museum, belonged to a French woman known as Madame Dimanche. Her growth emerged back in the 1800s and measured nearly 10 inches long. 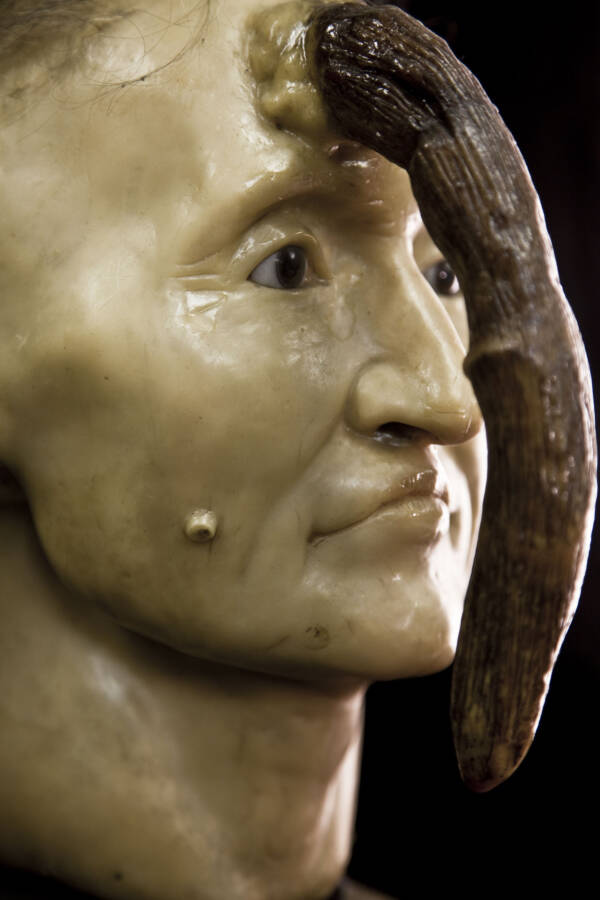 The Mütter Museum of the College of Physicians of PhiladelphiaThe growth that belonged to Madame Dimanche in the 1800s, displayed on a wax figure sculpted from a living model.

In the recent case, surgeons simply removed the growth and patched up the resultant wound with a skin graft from the patient’s thigh. Perhaps most shocking was the fact that even though he lived “in a developed country with access to free health care,” he waited years to get treatment.

“This highlights that, despite current public skin-cancer awareness and rigorous health care measures, cases like this can still arise and slip through the net,” researchers concluded.

Hopefully, anyone else noticing a growth that makes wearing a simple T-shirt a challenge will contact a doctor in, say, less than three years’ time.

After learning about the man who had a 5-inch-long “dragon horn” growing out of his back, read about the man who surgically reduced his 11-pound testicles and 3-foot penis. Then, learn about the woman whose three-year “pregnancy” was actually a 57-pound cyst.