When Helen Jewett was found dead from hatchet wounds to the head inside the brothel where she worked in 1836, the newspapers went wild with her story and helped create sensational journalism as we know it today. 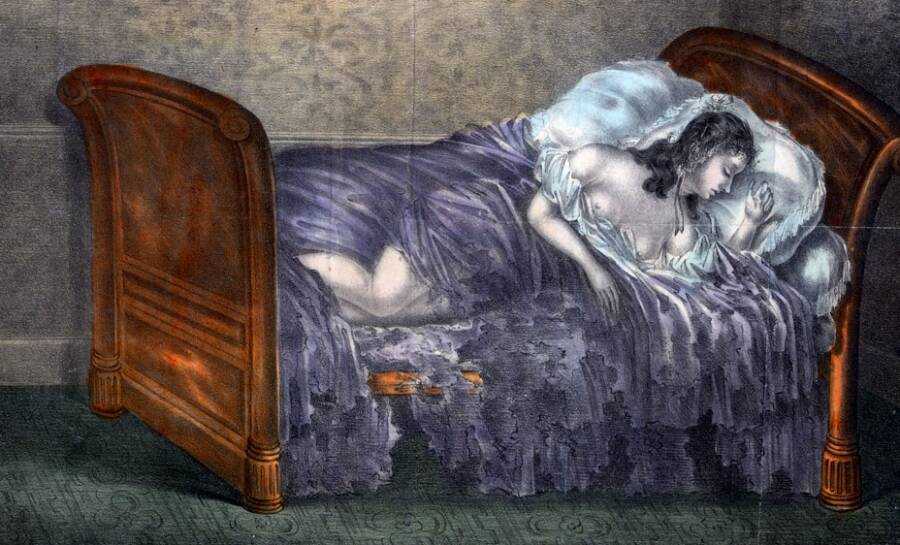 When New York courtesan Helen Jewett was murdered in cold blood almost 200 years ago, a flurry of sensationalized news coverage descended upon her death.

The scandal sparked an arms race among New York’s penny papers — the New York Herald, the Sun, the Courier and Enquirer just to name a few — to publish the latest and most scintillating details about the case.

Jewett’s case garnered such notoriety for a few reasons, not the least of which being that the victim was a high-profile New Yorker with a titillating career and a young, wealthy, and potentially jealous client of hers.

What then appeared to be a crime of passion morphed into flashy headlines on the city’s rag papers and — later — publications around the country.

In many ways, Jewett’s tragic murder may have been the first tabloid story ever covered by the U.S. press.

The Murder Of High-Courtesan Helen Jewett 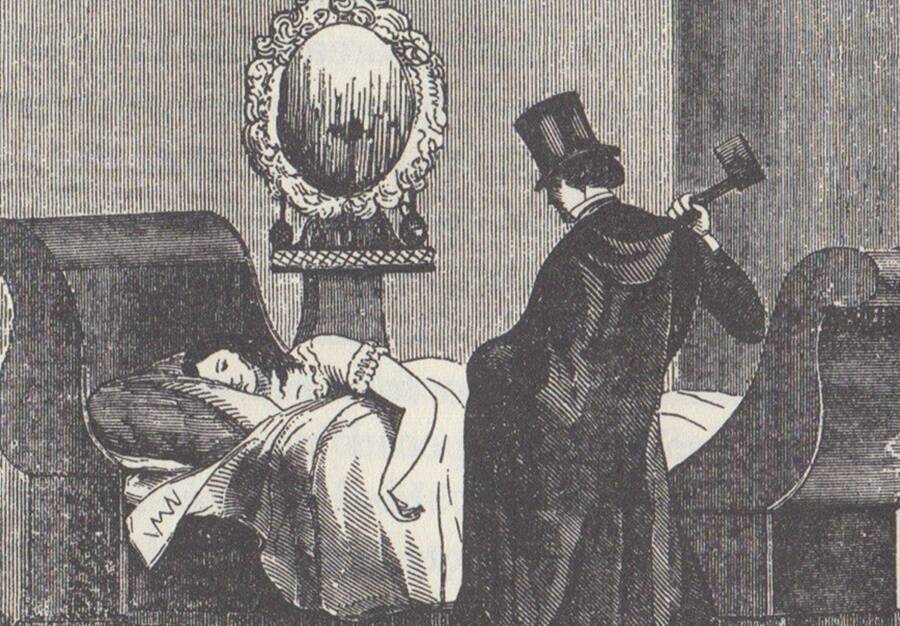 At midnight on April 10, 1836, brothel-keeper Rosina Townsend awoke from her slumber. When she went upstairs, she was shocked to find smoke coming out of one of the women’s rooms. Townsend yelled out about the fire as loud as she could, causing a stampede of women out of their rooms.

Townsend and a few watchmen who had come from the nearby station went inside the room where the smoke originated and found the bed alight with flames. They doused the mattress and the body on it until the fire could be put out.

There, on the burnt sheets laid one of New York City’s most prominent residents, Helen Jewett.

It was a gruesome scene; Jewett’s nightclothes had been burnt to a crisp and one side of her body was charred to a crusty brown.

Blood gushed from three gash wounds on her forehead and pooled onto the floor. The once about-town beauty and sought-after courtesan was now bloodied, marred, and dead.

The 23-year-old’s head injury caused police to suspect foul play. Outside by the backyard, they found a hatchet and a long cloak. It was clear a crime had been committed, but who did it?

The obvious suspect was Jewett’s last gentleman caller of that evening: 19-year-old Richard Robinson. Back then, it was common practice to bring a suspect straight to the crime scene in the hopes of eliciting a suspicious response from them.

The police consequently fetched Robinson and stood him over Helen Jewett’s lifeless body. Investigators noted Robinson’s “composure” and “impassivity” upon viewing her corpse.

Pressed on his possible involvement in the murder, Robinson arrogantly replied, “Do you think I would blast my brilliant prospects by so ridiculous an act — I am a young man of only 19 years of age yesterday, with most brilliant prospects.”

Once word got out that a well-connected young business clerk was somehow connected to the scandalous murder of one of the city’s most popular prostitutes, the local papers quickly leeched onto the case.

In a matter of weeks, the local murder would morph into one of the first highly-sensationalized national news stories in America. 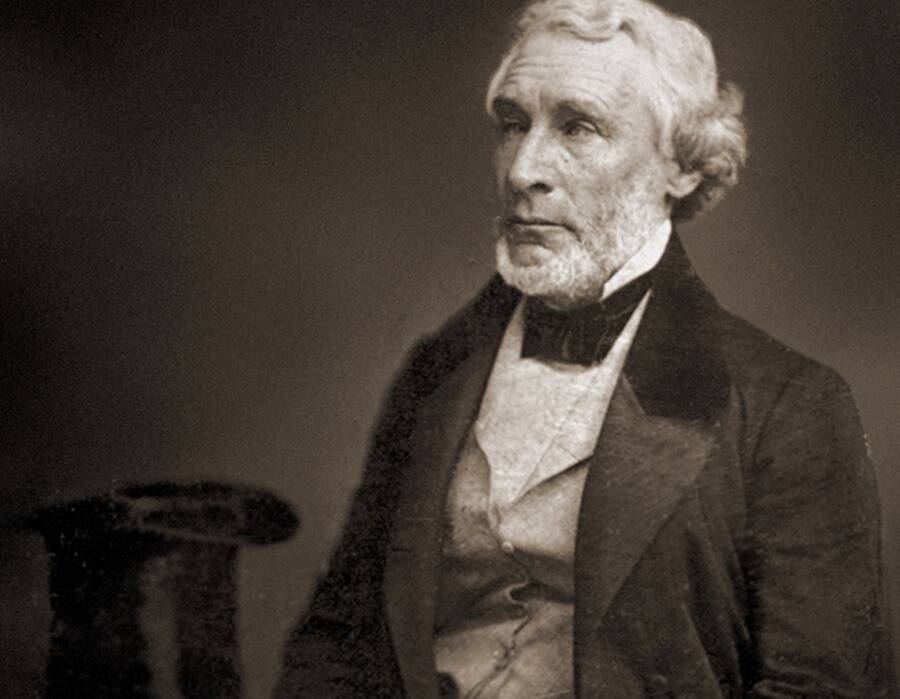 Wikimedia CommonsNew York Herald editor James Gordon Bennett was accused of faking a letter his paper claimed to have been from Jewett’s killer.

According to Patricia Cline Cohen’s 1998 book The Murder of Helen Jewett: The Life and Death of a Prostitute in Nineteenth-century New York, a string of factors brought Jewett’s murder to forefront of society.

During the 1830s, homicides in New York City were few and far between, though incidents of violent crimes were still plenty. A sudden murder — that of a high-profile New Yorker no less — was big news in itself.

There was also the matter of who was involved in the case. Through her list of well-to-do clients, Helen Jewett had placed herself among the city’s elite.

The New York Herald described the courtesan as being “famous for parading Wall Street in an elegant green dress” as she flirted with brokers on her walk along Broadway “with great boldness of demeanor.”

Similarly, the suspect, Robinson, had respectable connections himself among the city’s merchants through his family.

That a young man of his background would have relations with a popular call-girl and possibly murder her was a rag paper’s dream come true.

With little-to-no facts about Helen Jewett’s murder to work on, the city papers began to editorialize and take some major liberties with the murder.

Before there was even a murder trial, the Sun concluded of Jewett’s killer: “It seems impossible a loop can be found whereupon to hang a doubt that the life of Miss Jewett was taken by any other hand than [Robinson’s].”

Not much was known about Jewett’s real background so the papers tried to paint her as both a troubled working girl and an innocent victim, though these reports were never corroborated.

Some allegedly went so far as to forge evidence of her background and the case itself so that they could have the honor of being the first to publish it.

After the Herald published what they claimed was a letter from the real killer, editor James Gordon Bennett was accused of paying someone $50 to forge it.

The media storm surrounding Helen Jewett’s murder was simply about gaining the highest readership through the most salacious stories about the case and, indeed, it worked.

After the Herald printed the killer’s purported letter, the paper’s circulation jumped from a measly 2,000 to 15,000 copies daily.

An Attempt To Find Truth 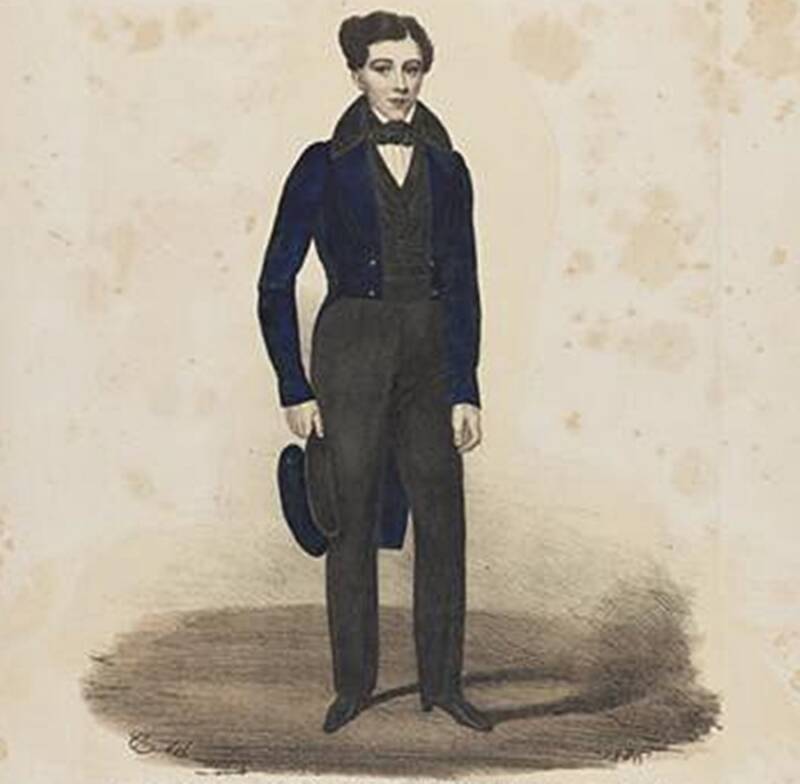 Museum of the City of New YorkA likeness of the suspected killer, Richard Robinson, who was acquitted following Helen Jewett’s murder trial.

During those five days, Robinson’s alibi — which he allegedly conjured by bribing a local shop owner to account for his whereabouts at the time of the murder — was challenged by prosecutors.

Evidence found near the crime scene (the black cloak and the hatchet) and eyewitness accounts from the brothel’s women who saw Robinson enter Jewett’s room appeared to cement his fate.

The last arguments were delivered over the course of 10 hours with much dramatic flair by both sides. The press, of course, gobbled it up as shown by this Newburyport Daily Herald’s endorsement:

“The incomparably noble and lofty strain of eloquence with which [the prosecution’s argument] was delivered, or of that extremely pathetic and emphatically energetic manner in which he at times worked on the feeling of his auditors till nearly all eyes were moist… In fine, we hesitate not to say it was as great a masterpiece of eloquence as was ever delivered at the Bar.”

Despite compelling arguments against him and an overtly biased judge and a possibly prejudiced jury, Robinson was acquitted of all charges.

The decision came as a shock to the press who had done much to scandalize and undercut Robinson’s credibility.

It didn’t help that the prostitutes who testified in court and even the victim herself were constantly discredited due to the nature of their work.

In the early 19th Century, prostitution was a booming business in New York City which claimed the title as the prostitution capital of the U.S.

But society held contradictory views on the industry, making sex and prostitution taboo topics among the general public. Of course, the taboo of her line of work only worked to make Jewett’s death all the more intriguing.

Newspapers outside the city picked up the popular — if not highly sensationalized — report too, albeit with open disdain.

“It has become really amusing to read the attractive fictions in which the life and character of the wretched Helen Jewett have been dressed by the penny prints,” the Philadelphia Gazette wrote.

The paper later dismissed much of the local coverage around Jewett’s murder as being fabricated.

The tragic story of Helen Jewett’s murder went beyond her life and death as the dramatized coverage ignited a new form of journalism.

The birth of the tabloid ushered in a new era in reporting, one that is more concerned with peddling pretty lies rather than uncovering the truth.