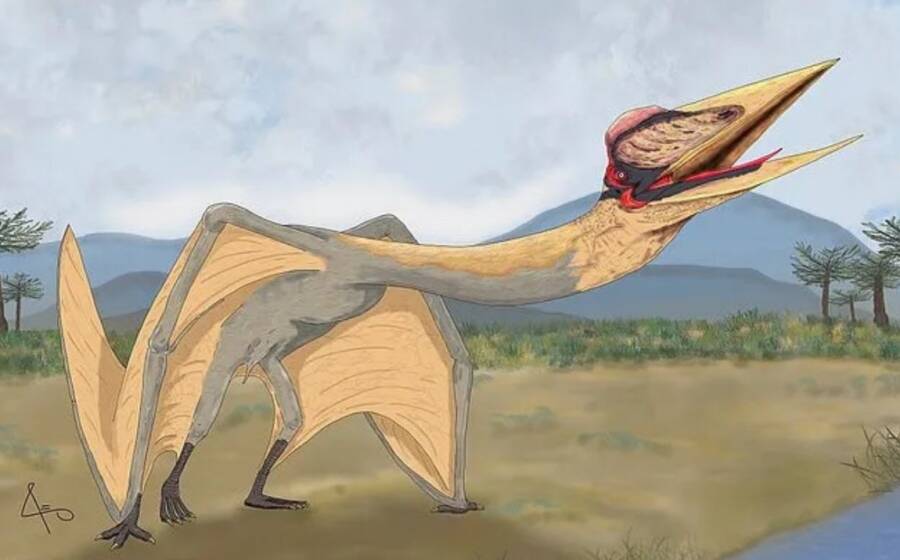 While supervising a civil construction project near Mendoza, Argentina, paleontologists made an incredible find. There in the rock, they uncovered the fossilized remains of two ancient flying reptiles that appeared to belong to a new species of pterosaur. They’ve dubbed the find Thanatosdrakon amaru, or “dragon of death.”

“We don’t have a current record of any close relative that even has a body modification similar to these beasts,” Leonardo D. Ortiz David, the lead author of a new study describing the find and the coordinator general of Argentina’s Laboratory and Museum of Dinosaurs, told Reuters.

To USA Today, he added: “The remains of Thanatosdrakon present different particularities that allow us to differentiate them from other known pterosaurs. Fundamentally, these characteristics are found in the vertebrae and limbs. This allowed us to establish a new species of pterosaur.”

Indeed, Thanatosdrakon amaru is the largest pterosaur ever discovered in South America, and one of the largest ever found in the world. Live Science reports that its genus name, Thanatosdrakon, combines the ancient Greek words for “dragon” and “death,” whereas its species name, amaru, means “flying serpent” in the Indigenous Quechuan language and is a nod to a two-headed Incan deity.

“It seemed appropriate to name it that way,” Ortiz explained to Reuters. “It’s the dragon of death.” 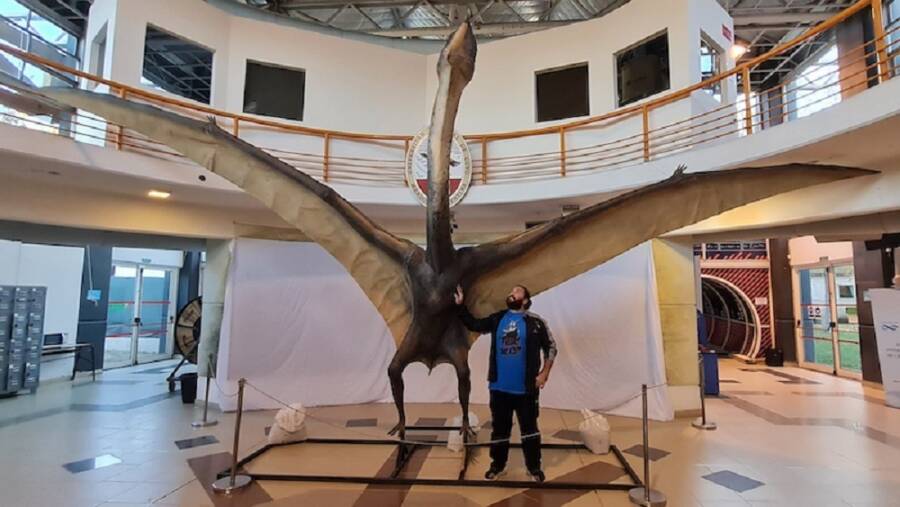 The dragon of death lived between 146 million and 66 million years ago — or 20 million years before a catastrophic asteroid struck the earth. A new species of azhdarchid, a kind of pterosaur that lived during the Late Cretaceous Period, it was likely one of the first predators to hunt from the skies.

“Azhdarchids were known for their very large skulls — sometimes larger than their bodies — as well as their hyper-elongated necks and short, robust bodies,” Ortiz explained to Live Science.

“There is no indication in the fossil remains of a degree of parental relationship,” Ortiz explained to Live Science. “However, it can be confirmed that both specimens are of different sizes, and that the smaller one is a juvenile-subadult, and that they were together when they died more than 86 million years ago.” 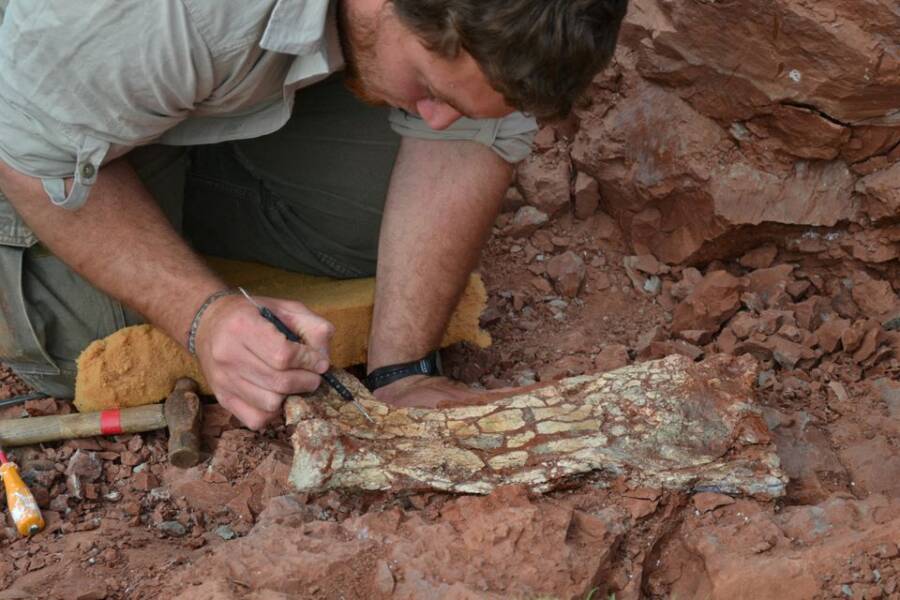 Ortiz also told Live Science that the Thanatosdrakon amaru remains discovered by his team are in remarkably good condition.

“From the beginning, two facts caught our attention: The first was the size of the remains and their preservation in three dimensions, an unusual condition in this group of vertebrates,” he said. “The second was the amount of remains found at the site, since large-giant pterosaurs are only known from fragmentary remains (with some exceptions).”

Today, the Thanatosdrakon amaru fossils are being held at the Laboratory and Museum of Dinosaurs at the National University of Cuyo in Mendoza, and a detailed replica of the creature is on display for everyone to behold its stunning size.

After reading about the “dragon of death” discovered in Argentina, discover the story of the quetzalcoatlus, the largest pterosaur to ever live. Or, see how paleontologists found the fossilized nest of dinosaurs called Mussaurus patagonicus — including intact eggs.