Meanwhile, the owners of the property had no idea that a 58-year-old man had been hiding six adult siblings in a cellar behind a cupboard all this time. 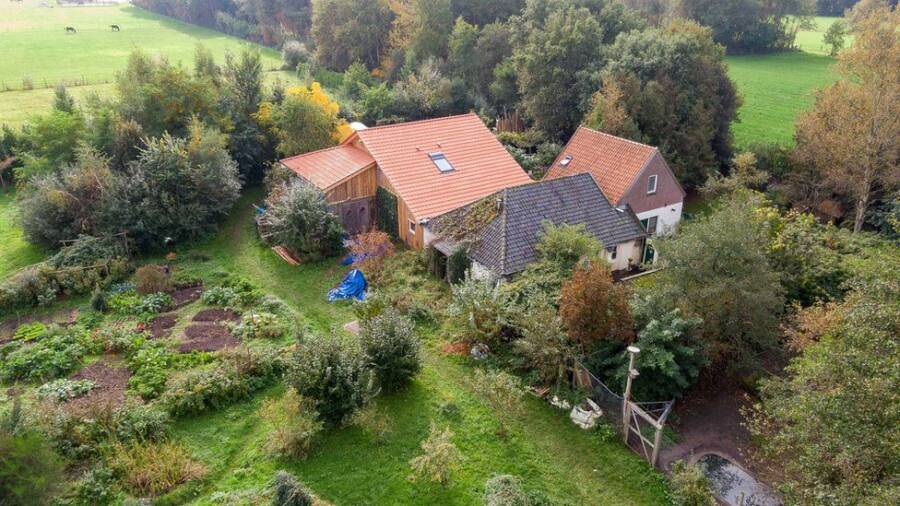 EPAThe farmhouse had a hidden staircase that led to the secure hiding place, which was behind a cupboard in the living room.

A 58-year-old Dutchman was arrested this month when it was discovered that he had been sheltering six adult siblings in the cellar of a farmhouse for nine years “waiting for the end of time.”

According to The Guardian, the group of adults was discovered in Holland’s northeastern province of Drenthe when the eldest son, a 25-year-old, visited a local bar and tipsily expressed his desperation.

The young adult “looked confused” and “ordered and drank five beers on his own” at the Kastelstein cafe on Oct. 5, said owner Chris Westerbeek. “He was unkempt, with long tangled hair,” Westerbeek continued. “We got talking. He said he had run away and needed help, and that he had never been to school…Then we called the police.”

Interviews with Drenthe locals, courtesy of The Guardian.

The troubled adult revealed that along with his younger brothers and sisters, he “wanted to end the way they were living.” Just how long their isolated stint in the farmhouse lasted remains unclear, though the young man did admit that hadn’t been outside in nine years.

The siblings told police that the 58-year-old Dutchman was their father, but this apparently is not so. What’s also still a mystery is where exactly their mother is. Local police have seriously considered that she might be dead and buried on the property, though this is purely speculation as of now.

Drenthe police soon confirmed that there were six adults living “in an enclosed space” on the property. A 58-year-old man publicly known only as Josef B. was arrested after refusing to cooperate. Most surprisingly, police claim he isn’t the father of the siblings, aged 16-25, rescued from captivity.

A police spokeswoman refused to confirm what the exact relationship between the man and the adult children was or whether their biological father was among the group.

Further, numerous neighbors in the 4,000-person village said they had only ever seen one man on the property, and rightfully assumed he lived alone. Others reported hearing noises from the farm even when his car was gone, however, and that they’d seen young children there a few years ago. 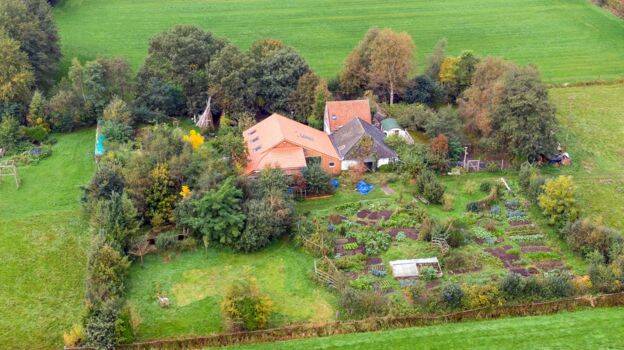 EPAThe isolated group relied on their vegetable crops, a goat, and geese to nourish themselves undetected from society.

One neighbor said the man spoke German and that villagers called him “the Austrian.” The “very sharp” man was reportedly also quite keen on maintaining his privacy.

“You only needed to go near the place and he’d send you packing,” the neighbor said. “He watched everything through binoculars.”

The police spokeswoman reminded concerned residents that the “primary concern is for the family members. What exactly happened in the farmhouse is still very unclear. We are exploring all possible scenarios.”

Police reportedly found a hidden staircase that led to the hiding place which was behind a cupboard in the living room. The 58-year-old man in custody is said to have been bedridden after suffering a stroke some years ago.

According to the BBC, Ruinerworld Mayor Roger de Groot told press that “the police have a lot of unanswered questions,” and that most of the family wasn’t even registered as citizens.

“I’ve never seen anything like it,” he said, adding that authorities “assessed the situation and found a number of rooms with makeshift furnishings.” For the actual owners of the farmhouse, Klaas and Alida Rooze, this has been the surprise of a lifetime.

“We knew absolutely nothing of this,” they said. “We had rented the house for years to an individual and now we learn that a man was living there with children. We have no idea who this can be.”

Next up, read the horrifying story of Elisabeth Fritzl — who spent 24 years in her father’s prison. Then, learn about the disturbing kidnapping and captivity of Sally Horner, who likely inspired ‘Lolita.’