The passenger had returned to Manila from Hong Kong and presumably decided not to go through with the smuggling operation at the last minute. 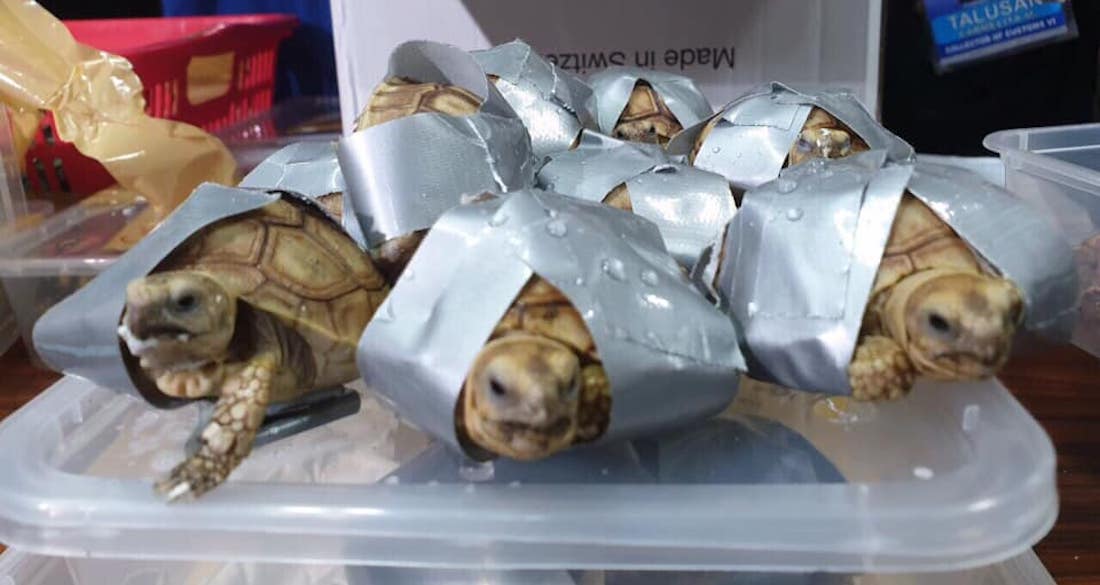 Bureau of Customs NAIA/FacebookThe duct-taped turtles freed from their containers at Customs, 2019.

Illegal wildlife trafficking is a big business and even the strictest of laws and consequences prove to be ineffective deterrents. For a Filipino passenger who left over 1,500 live, duct-taped turtles abandoned in his luggage at Manila airport, however, the risks did finally seem to have outweighed the profits.

This is local law enforcement’s theory, at least, who believe that the passenger changed his mind before going through customs at Ninoy Aquino International Airport on Sunday and simply abandoned his four unclaimed suitcases at arrivals.

The 1,529 turtles were estimated to have a total street value of around $86,631, BBC reported. Had the man been caught, he would’ve faced two years in jail and a maximum fine of around $3,857. 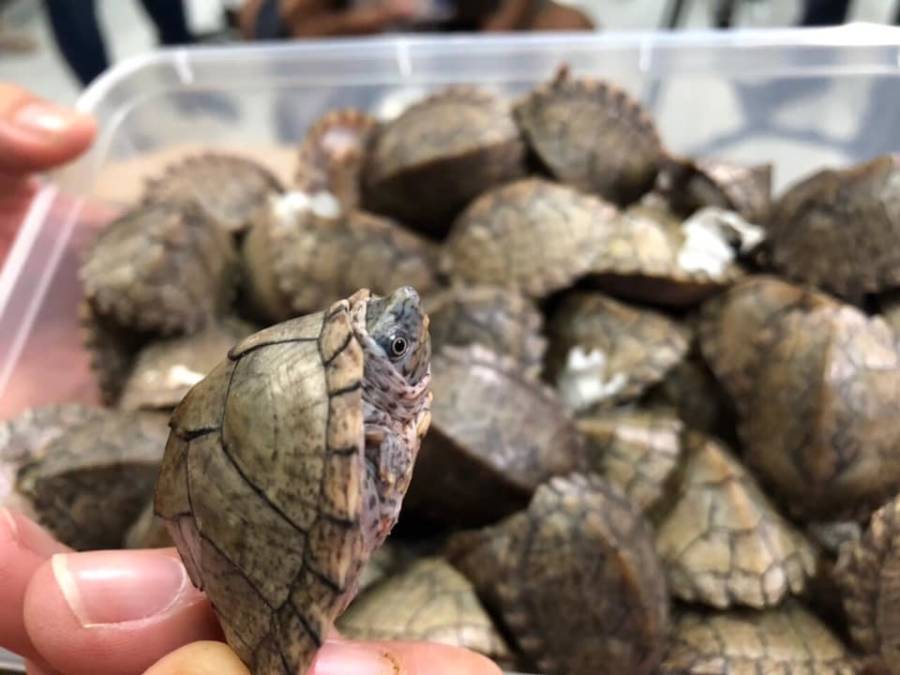 Bureau of Customs NAIA/FacebookAll 1,529 turtles have been handed over to the Wildlife Traffic Monitoring Unit.

The seized animals are of rare turtle species, threatened, and in high demand. Some of the turtles were Sulcata Tortoises which are so vulnerable that the International Union for Conservation of Nature (IUCN) has listed them as such on their Red List of Threatened species. The abandoned luggage also contained some Red-eared Slider turtles which are a species known to be popular as pets.

Turtles and tortoises are often used in traditional Asian medicine. The turtles’ bones have to be crushed and turned into powder before consumption for medicinal purposes. Some others believe that turtle meat functions as an aphrodisiac.

Turtles are also a popular culinary delicacy in many parts of the region in addition to their more mundane and innocent value as pets.

Each animal had been duct-taped presumably to prevent them from crawling around the luggage and attracting suspicion or actively escaping. An extra layer of precaution was taken, as the turtles were all packed into Tupperware-like containers that were taped shut and then dispersed between layers of clothing. 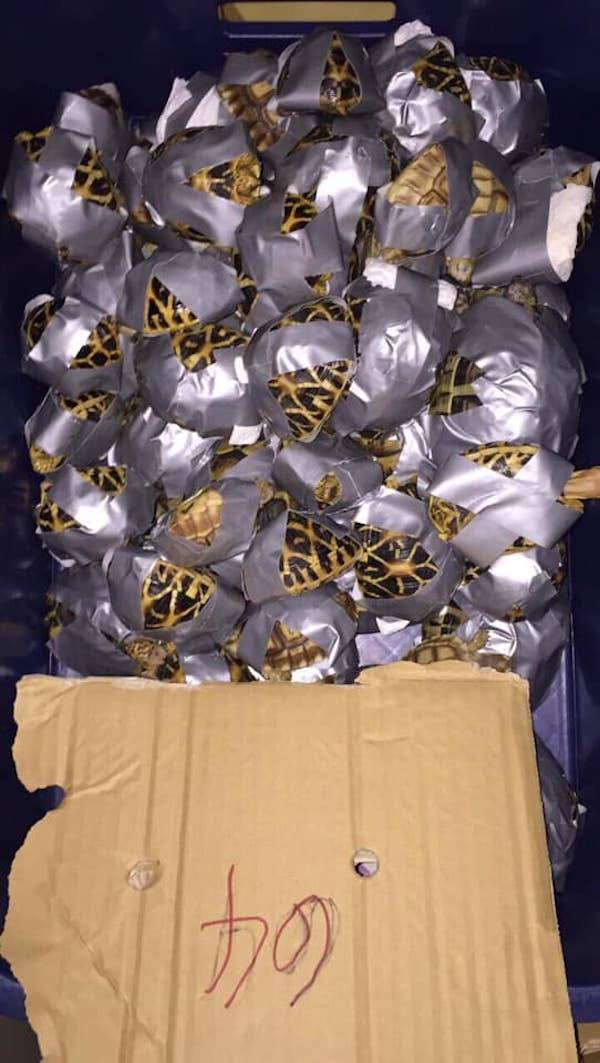 Bureau of Customs NAIA/FacebookCustoms said the turtles were abandoned at Arrivals because the passenger got cold feet.

The Bureau of Customs said that the passenger had arrived on a Philippines Airlines flight from Hong Kong and likely stopped in his tracks when he contemplated the legal trouble involved.

“The passenger may have been informed of the vigilance of Bureau of Customs against illegal wildlife trade and its penalties, thus leaving the four X-Rayed luggage unclaimed in the arrival area,” the Bureau of Customs said on Facebook.

It was only a week ago that Malaysia’s maritime agency caught smugglers trying to traffic 3,300 pig-nosed turtles across state lines by boat. This week’s intercepted trafficking incident saw that all 1,529 turtles were safely handed over to the Wildlife Traffic Monitoring Unit.

In regards to the perpetrator, they have yet to be identified or caught. As it stands, no arrests have been made.

Next up, learn about the social worker who wore duct-taped shoes and donated nearly $11 million to charity when he died. Then, learn about how climate change means certain death for turtles.