A Look Into The World’s Really Dumb Borders 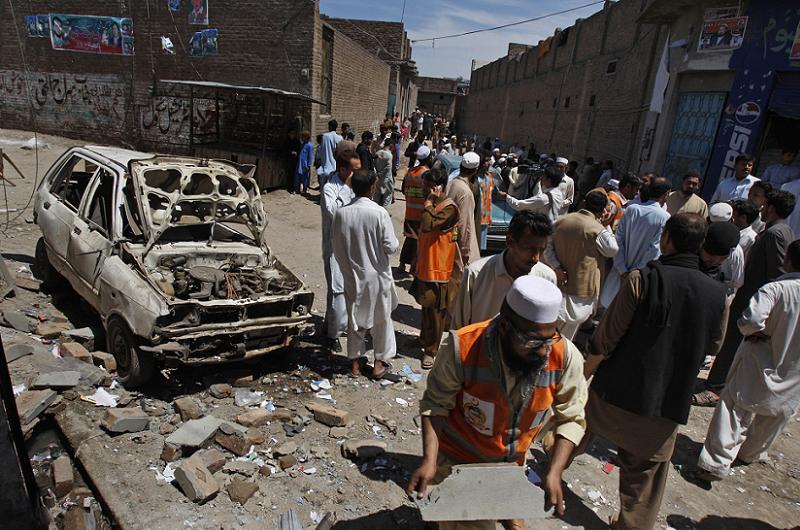 Skip forward to the 1970s, and everybody is having the inevitable war between Hindus and Muslims to figure out who gets what. In the treaty that recognized the end of East Pakistan, now Bangladesh, negotiators tried to right an old wrong by paying super close attention to where everybody lived and what country they were going to be a part of. The result was more salad bar, as the Cooch-Behar region got carved up into hundreds of tiny enclaves and exclaves. One of these, Dahala Khagrabari, is the world’s only third-order enclave. What that means is that Dahala Khagrabari—or “DK,” if ya gangsta—is a little bit of India that is entirely surrounded by one Bangladeshi man’s farm, and that Bangladeshi man is a resident of the Bangladeshi village of Upanchowki Bhajni, which is completely surrounded by the much larger Indian village of Balapara Khagrabari. The Indian village is totally surrounded by the Bangladeshi province of Rangpur. At this point, it would almost be funny if India started building a series of dikes across the Sea of Bengal just so it could totally surround Bangladesh and make whatever-it’s-called a fourth-order enclave. 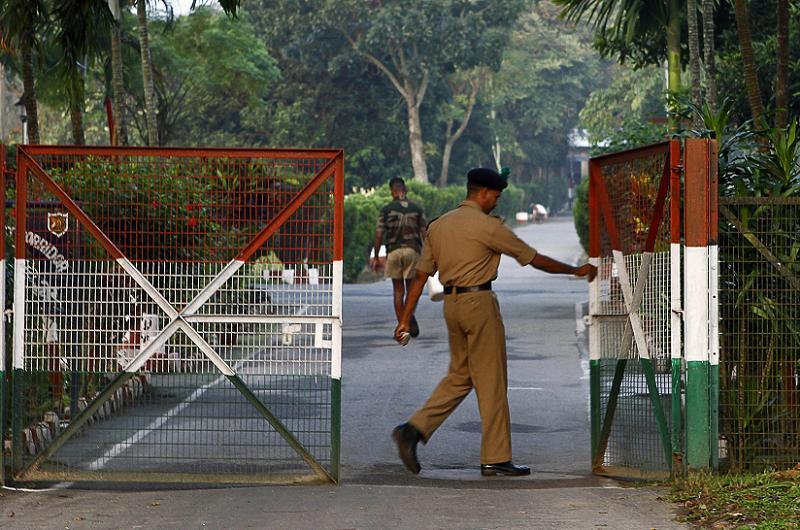 The reason none of this is really funny is that, unlike that charming little hamlet in Belgium we just talked about, everybody who matters in Cooch-Behar is taking this enclave/exclave thing really seriously. India and Bangladesh still have a lot of issues to work out and, as with a quarreling sitcom couple that runs masking tape across the whole house, it’s the kids who suffer most. Transport across border zones in this region is tedious and difficult—and sometimes impossible—so thousands of people here are living essentially without services. No phone, no lights, no motor cars . . . or antibiotics. Or clean water. Or police. The conditions are so bad that the two national governments resolved, in 2011, to swap some territory and that residents of the various enclaves would be allowed to vote on which country they wanted to live in. Readers will be glad to hear that the 2011 resolution was solemnly debated and printed up on official letterhead. Then it was signed by the delegates, announced to a joyful world, and put on the same shelf as the 1974 resolution that promised the same thing. 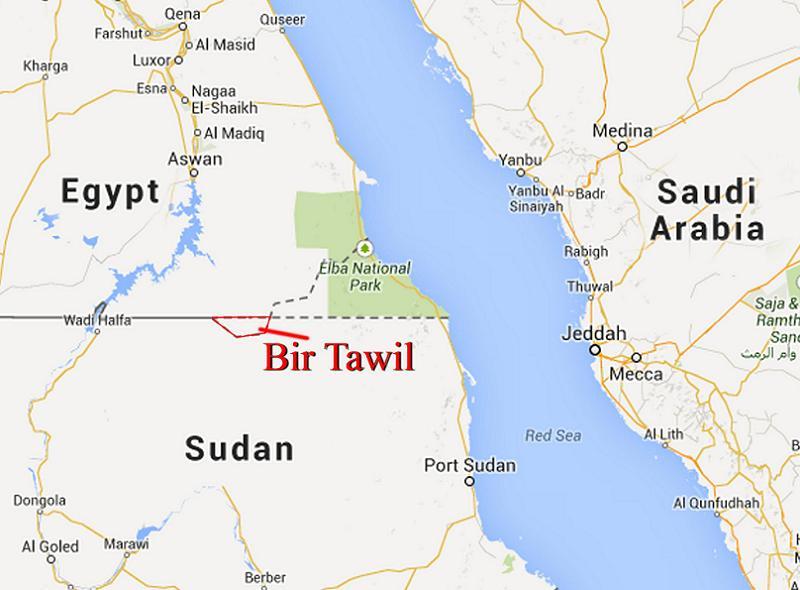 With the world population bouncing past 7 billion, you might think there’s no such thing as worthless land. Everybody has to live somewhere, after all, and even dry, horrible scrub deserts are probably worth something to somebody. Even Death Valley has been mined for borax, and most people don’t even know what the hell borax is or what it’s used for. Presumably, any government would be willing to take on a blasted hellhole on its border in the hopes that it might someday become the Saudi Arabia of borax or whatever, right? 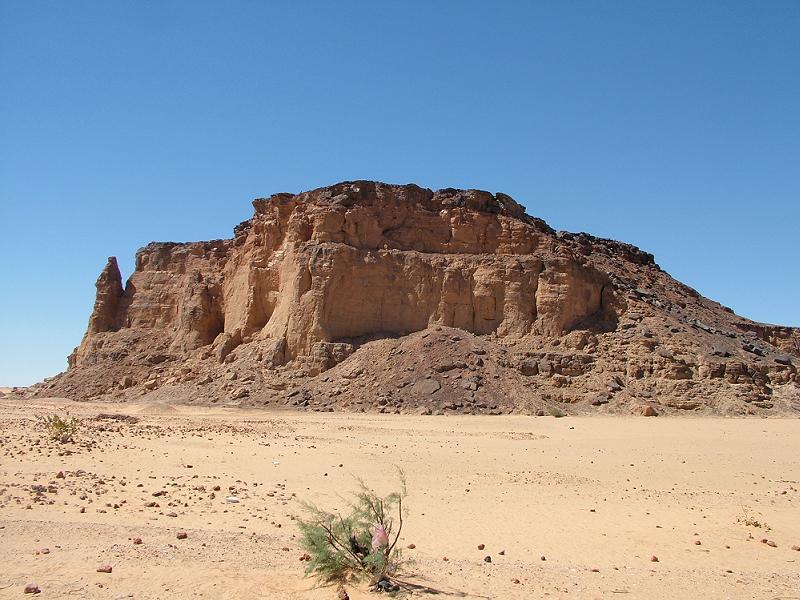 Bir Tawil is the Land that Nobody Loved. It’s about 800 square miles of hot dirt and scorpions nestled between Egypt and Sudan. The place is a cartographic black hole. Population: 0, Country: None. Timezone: UTC+2, except in summer, when it goes on daylight savings time. Remember to set your watch, so the explorers who recover your body will be able to guess which month you died in.

The whole thing about Bir Tawil is that it’s part of a larger territorial claim. Just east of it is the Hala’ib Triangle, which actually does have people and a coastline. Hala’ib is claimed by both Egypt and Sudan, and the argument comes down to which ancient colonial border map you’re reading from. In 1899, the—who else—British drew a line between what would someday be Egypt and Sudan straight across the 22nd parallel. Then, because this is how imperialism works, a different set of British bureaucrats drew another line in 1902. The new line ran north of the parallel and put the Hala’ib Triangle under Sudanese administration, as well as south of the old line farther west, at Bir Tawil. 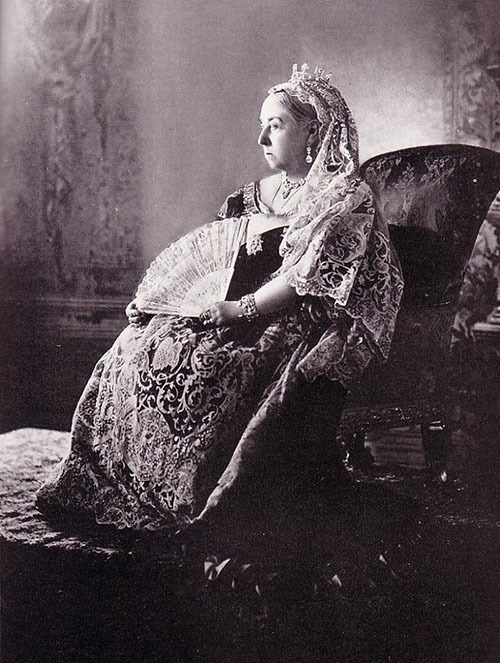 Now, the rub is this: whoever gets the not-worthless land of Hala’ib loses Bir Tawil, and vice-versa. If Egypt claimed Bir Tawil, which dips south of the 1899 border, it would be validating the 1902 border giving the coast to Sudan. If Sudan occupies Bir Tawil, it’s effectively conceding the 1899 border and giving up Hala’ib in exchange for the Republic of Dirt. That makes 800 square miles worth of Bir Tawil the only patch of land outside of Antarctica that isn’t claimed by any government. Naturally, crazy people can’t let something like that go unchallenged, so . . . 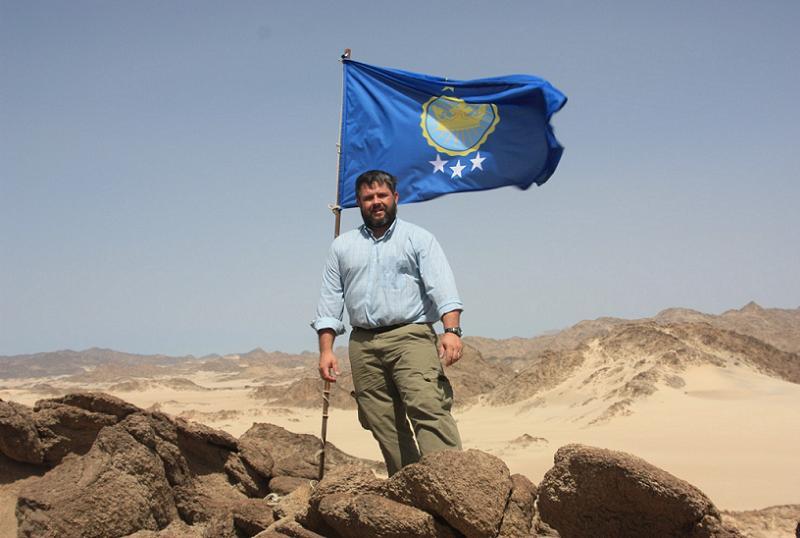 Stop being sad about India, it’s about to get funny again. Source: The Washington Post

Naturally, an American from Virginia has designed a flag and claimed the “Kingdom of North Sudan.” Officially he did it because of some adorable story about his seven-year-old daughter wishing she could be a real princess, and equally naturally, every media outlet on Earth has swallowed that without bothering to notice that the man, Jeremiah Heaton, “works in the mining industry,” according to the too-cute Washington Post article on the subject. Remember that whole thing about “no worthless land” and “even Death Valley has borax?” Now think about how much money it costs to design and print a flag, travel to a disputed zone in Africa to plant that flag, and then petition the UN to recognize your territorial claim, all so a father will be technically correct when he calls his daughter a princess. 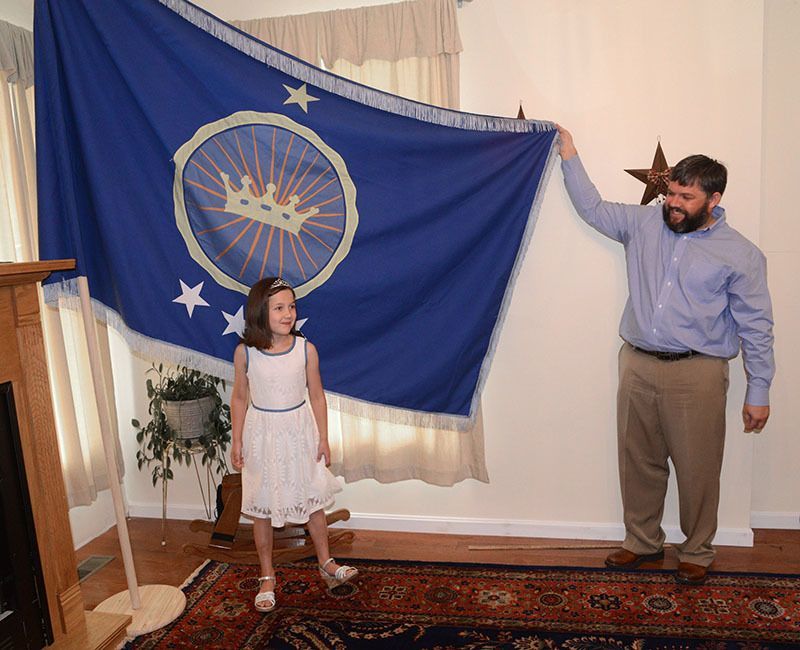