When followers of philosopher John Duns Scotus became the laughingstock of Renaissance-era Europe for their outdated beliefs, their once-fashionable "Duns" caps turned into a symbol of stupidity.

In today’s schools, unruly students are sent to detention. But for decades, when it came to punishment, the dunce cap was a staple in classrooms across the United States and Britain. The bane of class clowns and wandering minds alike, the conical hat served to humiliate disruptive children.

But the dunce cap wasn’t always a symbol of foolishness. In fact, for centuries it was the mark of a brilliant mind.

When philosopher and theologian John Duns Scotus became famous in the early 14th century for his complex theories on existence and religion, he quickly gained a devoted following of fellow scholars. And even after Scotus’ death, these “Dunsmen” continued to adhere to his teachings — and to wear the pointed hats that Scotus was said to have favored. 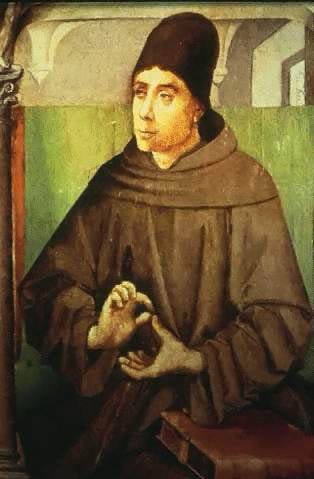 Public DomainA portrait of John Duns Scotus, who reportedly popularized the pointed hat that became known as the “Duns” cap.

But as the Renaissance blossomed and humanist theories emerged, academics began to view Dunsmen as people who were behind the times. They weren’t smart enough to keep up with changing world views, others believed — and those hats were just plain silly. Thus, the “dunce cap” was born.

The Surprising Origins Of The Dunce Cap

John Duns Scotus was a native of Scotland. Born near the town of Duns in 1265 or 1266, he grew up to become a Franciscan priest, according to Slate. He was ordained in March 1291, and throughout his career, he wore many hats — philosopher, linguist, scholar, and “dunce.”

Scotus was a deep thinker, and it sometimes got him in hot water. For a time, he was a professor at the University of Paris. But when he took the side of the Catholic Church in a public dispute with the King of France over the taxation of Church property, he was expelled. Eventually, he was allowed to return, and he became a Doctor of Theology before moving to Cologne, which he called home for the rest of his life.

Scotus spent much of his time trying to connect the metaphysical world and the teachings of the Bible. He was an ardent defender of the Virgin Mary and the idea of immaculate conception.

His teachings gained a devoted following, and his students became known as Dunsmen, or pupils of “Scotism.”

Scotus was also supposedly known for his pointed caps. It has been argued both that Scotus was inspired by depictions of wizards in conical hats and that the well-known wizard hat was based on Scotus’ preferred headgear.

According to Hats and Headwear Around the World: A Cultural Encyclopedia, Scotus hypothesized that the shape of a pointed hat would funnel knowledge from the outside world into the mind, and it would then spread throughout the brain. As a result, Dunsmen began wearing the pointed cap, and it soon became a symbol not just for Scotus’ devoted students but for intelligent people in general.

Scotus died in 1308, but his followers continued to wear pointed caps to display their wealth of knowledge. However, as the Renaissance came about and humanist learning overtook more complicated theories of the past, “Dunsmen” became a pejorative term. Those who stayed committed to Scotus’ teachings were considered to be behind the times, and the pointed caps became a symbol of an inability or unwillingness to learn.

How The Dunce Cap Became The Bane Of Disruptive Schoolchildren

According to Slate, the term “dunce” first appeared in writing in 1624 in John Ford’s play The Sun’s Darling, when Ford used “dunce-table” to describe a place where children and “dullards” were seated apart from others. 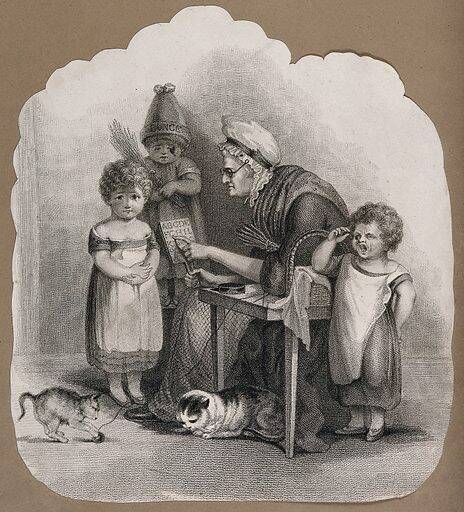 And in 1840, Charles Dickens wrote of a “dunce cap” made of old newspapers in the novel The Old Curiosity Shop, listing it as an item found in a classroom. Since he mentioned it so casually, it’s likely that dunce caps were already common in schools across Britain at the time.

The dunce cap soon became common in American schools, too. Once a sign of great intellect, it became a disciplinary tool for students who were deemed “disruptive.” Of course, this moniker was applied to class clowns and troublemakers as frequently as it was to children with learning disabilities, immigrant children trying to keep up in a class where English wasn’t their first language, and farm kids who could only attend school a few months out of the year.

The dunce cap of the Victorian era was often labeled with a large capital “D” — much like the red “A” that marked Hester Prynne as an outcast in Nathaniel Hawthorne’s novel The Scarlet Letter — and sat in classrooms across the U.S. and Britain. A student who was charged with unruly behavior or who was unable to answer a question was sent to the corner to wear the cap as an example to other children.

The dunce cap remained a popular tool for punishment through the 1950s, when classroom etiquette changed in the United States.

The Dark Connotations Of The Dunce Cap In The United States

Though the dunce cap has become historically synonymous with the “class clown” trope in U.S. schools, it has also been associated with much darker practices.

For a time, it was believed that the Ku Klux Klan co-opted Scotus’ original beliefs of the pointed hat as a symbol of intelligence. The Klan was originally founded in 1866, but it had its resurgence during the Jim Crow era, when the infamous film The Birth of a Nation was released.

According to Smithsonian Magazine, pointed hoods weren’t part of typical KKK attire until the film depicted Klan members wearing them. Director D.W. Griffith had borrowed costumes from another film, and the hoods that became synonymous with the Klan had originally been used as Spanish capirotes.

Though no member of the organization has ever confirmed or denied the relationship to Scotus’ wizard-like adornment, people continued to make the association well into the 20th century.

In a Wall Street Journal article written in 1999, a journalist reporting on a Klan rally noted that, “Hardly anyone heard what [the Klansmen] had to say, for the men in their traditional white robes and dunce caps did not have a loudspeaker permit…” 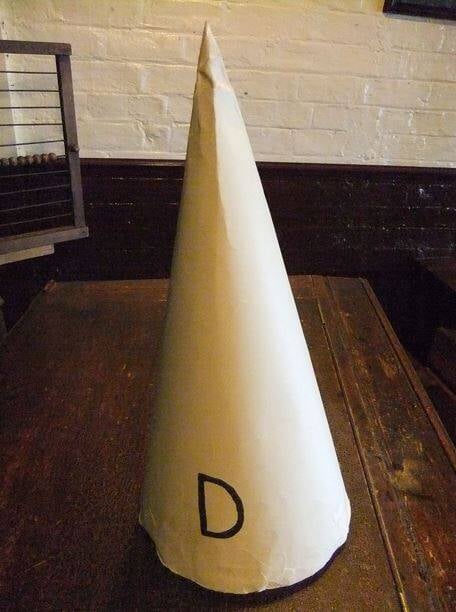 FlickrAn example of a dunce cap used in classrooms in the 19th and 20th centuries.

The dunce cap, once a symbol of the utmost intelligence in European society, remains associated with low intellect or buffoonery to this day. In fact, it wasn’t until the 2000s that schools in some parts of England stopped sending children to the “dunce’s corner.”

But while it continues to carry a negative connotation, there may yet be hope for its redemption. In 1993, John Duns Scotus was beatified by Pope John Paul II for his contributions to religious theory. Perhaps one day academics may reclaim the hat as the mark of intellect that it started as.

Now that you’ve learned about the dunce cap, go inside the history of high heels, another fashion accessory. Then, read about other hats throughout history.