His Name Was Popov, Dusko Popov – And He’s The Man Who Inspired 007

Though many spies have been named as the inspiration for James Bond, Dusko Popov actually knew Sir Ian Flemming and gambled with him in between his international espionage escapades. 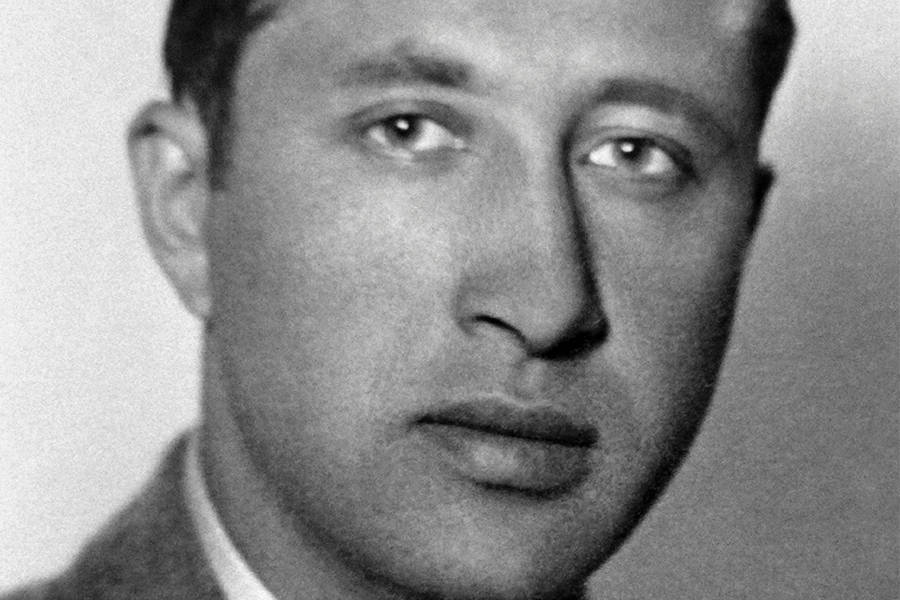 “The name is Bond, James Bond.”

Those words are some of the most recognizable in the world of fictional super spies. It’s how the martini-swilling, playboy agent created by Ian Fleming introduces himself to friend and foe alike. But one has to wonder if the phrase would have the same ring to it if Fleming had chosen to keep the name of the man who perhaps inspired the character the most: Serbian double agent Dusko Popov.

“The name is Popov, Dusko Popov” doesn’t really roll off the tongue. But even if he lacked a memorable catchphrase, Popov led a life that even Bond might envy.

Dusko Popov was born in what is now Serbia in 1912 to an extremely wealthy family. His early years were spent on yachting trips along the Adriatic, attended along the way by his family’s servants. As he grew older, he was educated at some of the most prestigious schools in Europe, learning Italian, French, and German.

Popov briefly spent some time in England after his father enrolled him in a prestigious preparatory school in Surrey. His English school career was cut short after he got into some trouble with a teacher for smoking a cigarette. Popov was caned. Deciding that he didn’t want to suffer the punishment again after he missed a detention, he grabbed the cane out of the teacher’s hands and snapped it in half.

Back on the continent, Popov finished high school and went to the University of Belgrade to study law. With his law degree in hand, Popov decided to move to Germany to pursue a doctorate and improve his German. There, he met Johann Jebsen. Like Popov, Jebsen came from a wealthy family and had sophisticated tastes.

The pair immediately became fast friends. As Popov described their relationship, “[We were both] addicted to sports cars and sporting women, and had enough money to keep them both running.” 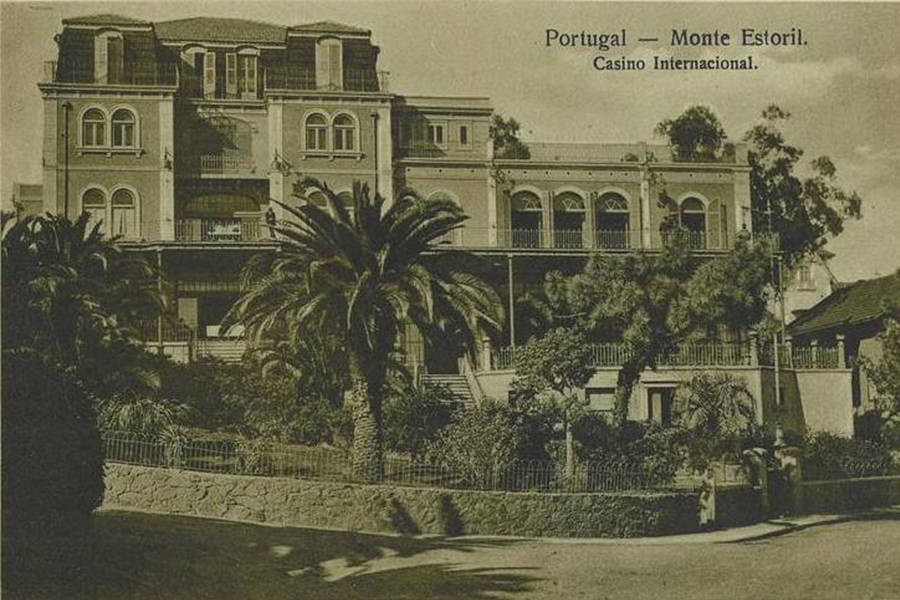 Wikimedia CommonsA casino in Estoril, like the ones Popov frequented.

Dusko Popov had a way with women. While maybe not conventionally handsome, he had striking, heavy-lidded green eyes that women found irresistible. Cruising from club to club in a sports car, Popov and Jebsen quickly developed reputations as ladies men.

But Popov and Jebsen shared something more serious in common, they both hated the Nazis who had recently seized control of the country.

Popov was particularly vocal about his dissent, engaging in debates with Nazi students at the University of Freiburg. This earned him the attention of the state’s secret police. And in 1937, when he planned to leave the country to celebrate his graduation with a trip to Paris, Popov was arrested by the Gestapo.

Jebsen immediately called Popov’s father to tell him what had happened. Popov eventually spent eight days in Freiburg Prison before his father managed to get him released with the help of the Yugoslavian government. Popov was put on a train to Switzerland, where he found Jebsen waiting for him. Grateful for his help, Popov told Jebsen that if he could ever do anything to repay him, he would.

Jebsen called in that favor in 1940, when he asked Popov to meet him at a Belgrade hotel. There, Jebsen informed him that he’d joined the German military intelligence service in spite of his hatred for the Nazis. It was the only way to avoid fighting on the front lines. Now, he wanted Popov’s help as an intelligence agent.

While his friend might have thrown his lot in with the Nazis, Popov was less eager to work for the people who imprisoned him. Instead, he went to the British. The British told Popov to accept Jebsen’s offer, and report back everything the Germans told him.

Life As A Double Agent 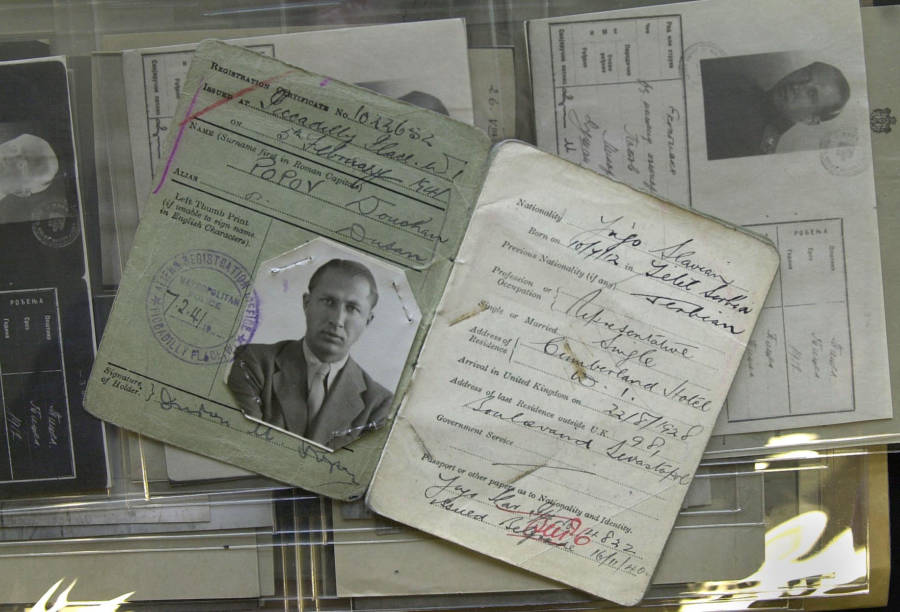 Dusko Popov was now working as a double agent. Over the next year, he took German requests for intelligence and fed them back prepared British disinformation. The Germans, thinking that they had a valuable asset in Popov, kept him supplied with cash to fund his playboy lifestyle. In every city he went to, he maintained a string of relationships with local women and even fellow spies.

Popov quickly hatched a plan to take advantage of the fact that the Germans trusted him with their money. Codenamed Operation Midas (named after the mythical King Midas), the plan called for Popov to fleece the Germans for money to invest in building a spy ring in London, only to deliver it directly to MI6.

The first phase of the plan went off without a hitch. The Germans, hearing about Popov’s idea to put spies in England, handed over $50,000. Now, he just needed to make the handoff to the British.

One night in 1941, Popov walked into a casino in Portugal with the entire sum. Along for the ride was Ian Fleming, an intelligence officer sent along to make sure that Popov didn’t do anything stupid with the money. You know, like bet it on a single hand of baccarat.

But while in the Casino, Popov heard a Lithuanian businessman loudly declaring that anyone who wanted to play baccarat at his table could bet any amount of money, and he would match it. The man’s attitude rubbed Popov the wrong way. And according to Popov, he also just wanted to “shake Fleming up.”

Popov sat down at the man’s table and placed all $50,000 on the felt. The casino went quiet. Fleming’s face turned green at the thought that he was about to watch Popov blow the entire operation.

The flustered businessman asked the dealer if the casino would back him in case he lost the money. After being told that they certainly couldn’t do that, he withdrew.

Popov cheerfully pulled the money off the table, complaining that the casino shouldn’t allow such irresponsible gamblers at their tables. It was, after all, “an annoyance to the serious players.”

A similar scene would later play out in Flemming’s first Bond novel, Casino Royale. In the novel, Bond bankrupts a Russian agent at a high-stakes baccarat game. Many have suggested that Popov was the inspiration for the scene.

Although Flemming, possibly due to laws protecting classified operations or possibly because Popov was simply embellishing his account, later offered a different version of the story in which he was personally playing a game at the casino against some Germans.

Spying His Way Into World War 2 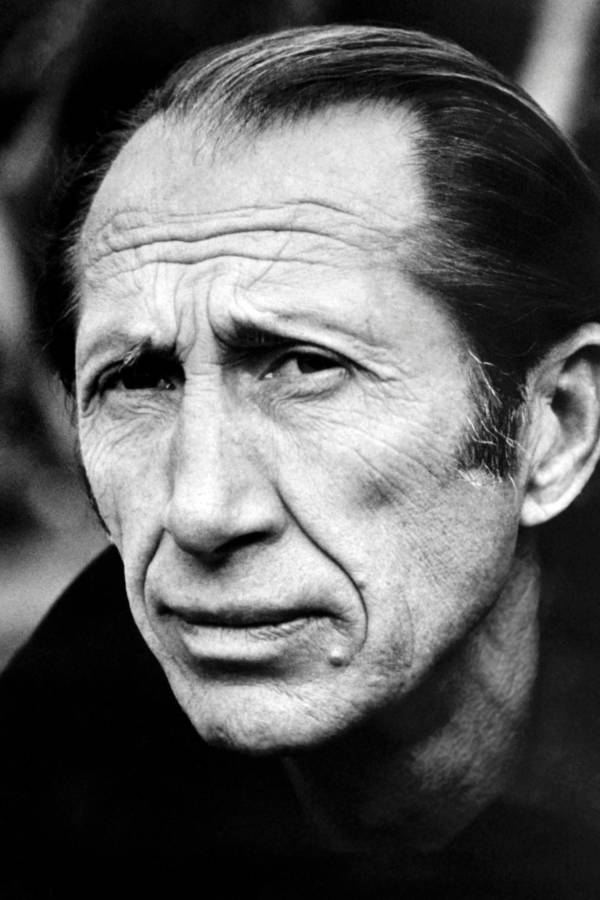 After the incident at the casino, Dusko Popov’s next assignment from the Germans was to set up a spy ring in the United States.

According to Popov in a post-war interview, the Germans were especially interested in information about the Pearl Harbor Naval Base. He claimed to have passed along this information to the FBI, but Director J. Edgar Hoover killed the report due to a personal distaste for Popov.

A few months after Popov made it to the US, Japan attacked Pearl Harbor.

Most historians agree that the Nazi leadership had no idea that Japan was planning the attack. But Popov’s story raises an intriguing possibility that there was someone in German intelligence who knew about the plan. But nothing has ever been proven conclusively about who that someone might be.

Whatever the case, the attack on Pearl Harbor meant that the US was now in the war. And the plan to eventually defeat the Nazis, Operation Overlord, required the work of every double agent the British had.

With the end of the war in 1945, Dusko Popov moved to France. In the 1970’s, he released a memoir about his life as a spy. But otherwise, he lived a life outside the public eye.

Dusko Popov died in 1981 due to the long-term effects of his heavy drinking and smoking. It’s interesting to think that if James Bond were a real person, his own lifestyle might produce the same result. Popov lived and died like his fictional counterpart.

Next,read about Porfirio Rubirosa, another international man of intrigue. Then, check out these special operations that would put James Bond’s exploits to shame.