“The Largest Chunk Of Him Was His Butt Cheek”: A CSI Tech Reveals What The Job Is Really Like

In a world full of true crime dramas, it can be hard to separate fact from fiction. 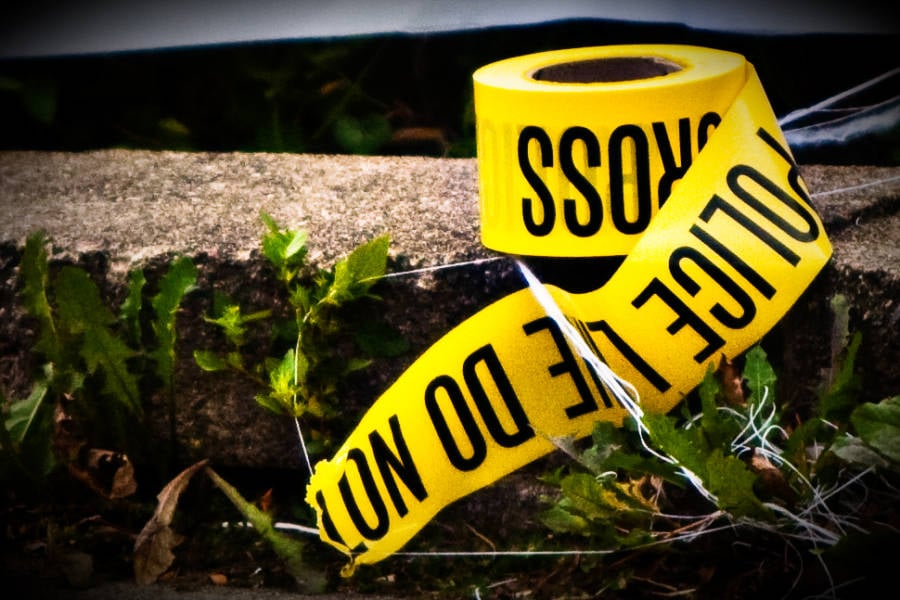 Wikimedia CommonsCrime scenes rarely unfold like they do on TV, but that doesn’t mean they’re not interesting.

In a world full of true crime dramas it can be hard to separate fact from fiction. On television, everything moves fast, but what really happens inside a crime scene? How is cause of death actually determined? Can test results really come back that quickly?

Though fictionalized accounts take creative liberty with many things, they do draw inspiration from real life. Those investigators solving crimes on TV are based on the work of real-life pathologists, toxicologists, and medical examiners who solve crimes every day. And sometimes, fact can be stranger than fiction.

All That’s Interesting sat down with Dani Serena-Clementz, a Clinical Toxicology Consultant in New York City. Previously, she worked as a Forensic Specimen Processor and a Toxicology Analyst.

Toxicology focuses on the study of chemicals in our environment, and how they relate to and effect human health. Throughout her 13 years working as a Clinical Toxicologist, Specimen Processor, and Analyst, Serena-Clementz has worked alongside doctors and medical examiners to determine chemicals present at a victim’s time of death, deduce if certain chemicals were the cause of death, and screen living patients for the presence drugs or alcohol.

All That’s Interesting: How did you get into this line of work?

Dani Serena-Clementz: I have been a science nerd since high school, and majored in chemistry in college. I was going to go into research but realized I was too impatient to work 25 years researching cancer and get bupkis. I discovered forensic toxicology as another way to help people on a daily basis.

ATI: Do you think your job is accurately portrayed on TV crime dramas?

ATI: What’s the biggest difference? Or thing they get wrong?

DSC: The biggest difference is that the [investigators] on TV do all of the jobs. [In real life] the person who goes out into the field, finds and photographs evidence isn’t the one extracting and running the DNA or the tox screen. I will say that Bones is one of the more accurate shows out there.

ATI: What are some of the biggest misconceptions people have about your profession?

DSC: That we’re just like CSI or that we can pop out a result in five minutes. That’s not how it works. We batch the samples with a calibrator and quality control samples, and then the whole batch has to be run and reviewed before I can report even one sample.

ATI: Is it true that medical examiners sometimes use everyday tools like kitchen cutting boards and garden shears in their work? If so, how and why?

DSC: Yep! Blenders too. Basically, the simple answer is that these everyday objects exist already and they do the job. Why pay more for something sold from a lab or medical company? For example, in order to test say, a liver, for toxins, you have to liquify it. A regular kitchen blender works perfectly.

ATI: How often do your findings lead to breaks in cases that allow police to find the perpetrator?

DSC: Honestly, working in a reference lab you rarely know unless you’re called to testify. I did testify for a DUI case and helped prove that the defendant’s blood wasn’t switched like they claimed.

ATI: What’s the mood generally like in the room while the examination is taking place? Serious? Lighthearted? Nonchalant?

DSC: In the lab, we have a dark sense of humor. You kind of have to, so you’re not depressed. You see it in cops too. I once read on a police report, “Man vs Tree. Tree 1, Man 0”. There’s so much at stake to do the job right that you have to blow off steam to release stress.

DSC: The most fun gross thing we got was a desiccated butt cheek. A man told his wife he was going fishing, drove out to the middle of a field, hooked up a hose to the tailpipe of his car and committed suicide via carbon monoxide. By the time he was found, the largest chunk of him was his butt cheek. It was really dried out, like beef jerky. We had to saw a piece off with a serrated knife and soak it in water to test it.

ATI: What was the most decomposed body you ever had to examine?

DSC: The butt cheek was probably the most decomposed, but he was so dried out that he didn’t smell. We would get old green blood sometimes. When blood decomposes, it breaks down and creates gases that would sometimes build up and blow the tops off the test tubes.

ATI: Do you ever get body parts instead of a whole body? What do you do in those cases?

DSC: As a reference forensic lab, we only ever got parts: blood, urine, vitreous humor, a chunk of liver, lung, kidney, muscle, etc. Fun fact: human thigh looks like steak!

ATI: What’s the strangest thing you’ve ever seen protruding from a body?

DSC: Maggots. Not that strange on a dead body, but again we only got pieces of people.

ATI: If you had to pick one case that upset you the most, what was it and why?

DSC: I got the blood of a rape victim and we were asked to test it for sedatives. The age of the victim said “23M” on the paperwork. I double checked the accuracy and discovered it was right. The victim was 23 months old. Someone raped a baby. It made me sick to my stomach.

ATI: If you had to pick one case that baffled you the most, what was it and why?

DSC: We were sent the stomach contents of an eight-year-old and asked to test for ammonia and bleach. Eight-year-olds are old enough to know at the first sip that ammonia or bleach doesn’t taste good. So why would he drink it? Was he forced? We never found out.

ATI: Have you examined famous people? If so, how often? If so, is it mind-blowing to have that person on the slab?

DSC: Actually yes. We got a very famous woman who died under suspicious circumstances and we got a lot of bits of her to test for everything under the sun: drugs, heavy metals, toxins, etc. Ironically her son died the same year and they sent him to us for testing too.

ATI: What’s the hardest thing about the job and which things are, or have become, surprisingly easy?

DSC: The hardest part is knowing that no matter how well you do your job, there’s no guarantee that the bad guy will be caught or held accountable.

ATI: How has the job changed you as a person, if at all?

DSC: I’ve definitely lost quite a lot of faith in humanity. There are so many cases of suicide, overdoses, rape, murder, etc. It’s hard to keep remembering there are good people in the world.

Enjoyed this interview with a toxicologist? Check out some of the best true crime documentaries on Netflix right now to get your crime fix. Then, read about the baffling death of Gloria Ramirez, the “toxic lady.”