Why Did ‘Toxic Lady’ Gloria Ramirez Make Everyone Around Her Sick?

Just 45 minutes after arriving at a California hospital on February 19, 1994, Gloria Ramirez was pronounced dead — but strange fumes from her body inexplicably made her doctors sick. 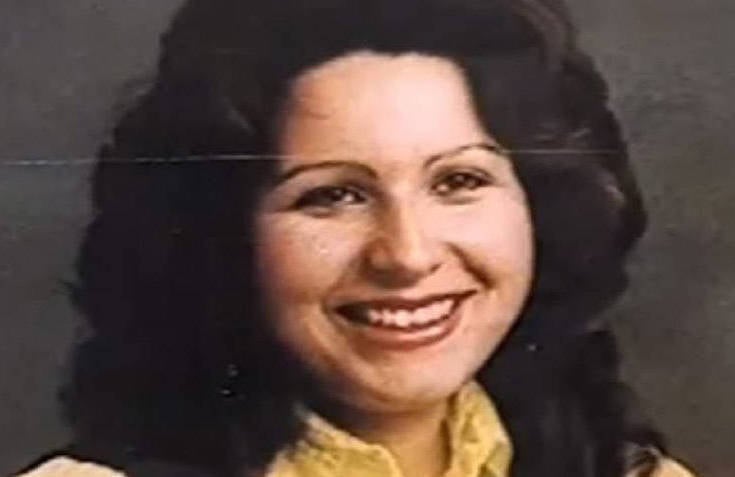 Gloria Ramirez was an ordinary woman living in Riverside, Calif. with two children and a husband. Rev. Brian Taylor called her a friend to everyone she met and a joker who brought joy to others.

However, that all changed on Feb. 19, 1994, when Gloria Ramirez was rushed to General Hospital in Riverside. Not only would she die that night, but her body would mysteriously make those around her sick. And though that can’t be conclusively explained, she remains widely known as the “Toxic Lady” to this day.

How Gloria Ramirez Died — And Made Her Doctors Mysteriously Ill

That night, Gloria Ramirez was undergoing a rapid heartbeat and a drop in blood pressure. The woman could hardly breathe and was answering questions in incoherent sentences.

To make this case even more unusual, the woman was just 31 years old. Ramirez also had late-stage cervical cancer, which would explain her deteriorating medical condition.

Doctors and nurses went to work on Ramirez right away to try to save her life. They followed procedures as much as possible by injecting her with drugs to try to bring her vital signs to normal. Nothing worked.

When nurses removed the woman’s shirt to apply defibrillator electrodes, they noticed a strange oily sheen on her body. Medical staff also smelled a fruity, garlicky odor coming from her mouth. Nurses then placed a syringe in Ramirez’s arm to obtain a blood sample. Her blood smelled like ammonia and there were manila-colored particles floating in her blood.

The doctor in charge of the ER that night looked at the blood sample and agreed with the nurses on duty. Something wasn’t right with the patient and it had nothing to do with heart failure.

Suddenly, one of the attending nurses started to faint. Another nurse developed breathing problems. A third nurse passed out, and when she awoke, she was unable to move her arms or legs.

What was going on? A total of six people were unable to treat Ramirez because they kept having strange symptoms that were somehow related to the patient. Symptoms ranged from fainting and shortness of breath to nausea and temporary paralysis.

Ramirez died that night. Even after the patient’s death, the night at the hospital got even weirder.

The Bizarre Aftermath Of The Death Of The “Toxic Lady” 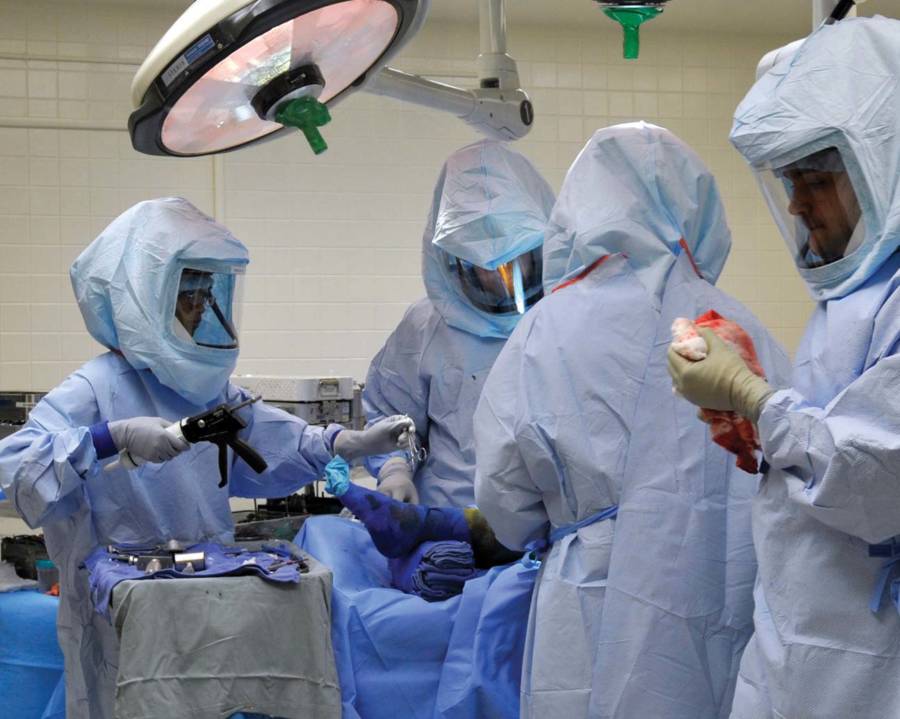 Department of Defense/U.S. Air Force Doctors in hazmat suits at work on a patient.

In order to handle the body, a special team arrived in hazmat suits. The team searched the ER for any signs of poison gas, toxins or other foreign substances. The hazmat team didn’t find anything that could suggest how the medical staff fainted.

The team then put the body in a sealed aluminum casket. An autopsy didn’t happen until almost a week later and in a special room where the autopsy team conducted its work in hazmat suits as a precaution.

The press dubbed Ramirez “The Toxic Lady” because no one could get near the body without facing a bevy of medical problems. Yet no one could point to a definitive cause shortly after her death.

Officials conducted three autopsies. One occurred six days after her death, then six weeks and right before her burial.

A more thorough autopsy happened on March 25, more than a month after Gloria Ramirez passed away. That team concluded that there were signs of Tylenol, lidocaine, codeine, and Tigan in her system. Tigan is an anti-nausea medication, and it breaks down into amines in the body. Amines are related to ammonia, which could explain the ammonia smell in Ramirez’s blood sample at the hospital.

More importantly, the toxicology report said that Ramirez had large amounts of dimethyl sulfone in her blood and tissues. Dimethyl sulfone does occur naturally in the human body as it breaks down certain substances. Once it item enters the body, it disappears quickly with a half-life of just three days. However, there was so much in Ramirez’s system, it still registered at three times the normal amount six weeks following her death.

Three weeks later, on April 12, 1994, county officials announced that Ramirez died of heart failure due to the kidney failure brought on by late-stage cervical cancer. Ramirez was diagnosed with cancer six weeks before her death.

The unusual substances in her blood were too low to explain her death, even though there were elevated levels of ammonia and dimethyl sulfone in her body. It took county officials two months to release the body for a proper funeral because of the toxicity levels and fears that people would faint or pass out.

The woman’s family was incensed. Her sister blamed deplorable conditions at the hospital for the death. Although the facility was cited for violations in the past, there was nothing in the county’s investigation that pointed to conditions in the hospital being at fault.

After an investigation lasting several months, officials concluded that the hospital staff suffered from too much stress and suffered from mass sociogenic illness triggered by an odor. In other words, it was mass hysteria.

Medical staff at the hospital urged the coroner’s office to take a closer look at the file. The assistant deputy director, Pat Grant, made a startling conclusion.

Why Did Gloria Ramirez Make Everyone Around Her Sick? 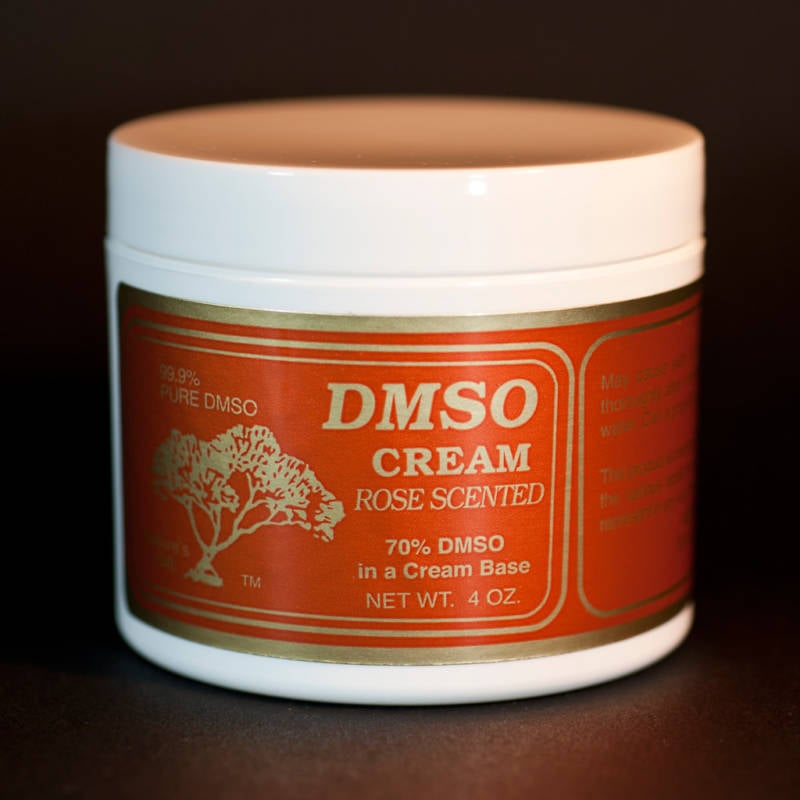 U.S. F.D.A./FlickrDMSO cream in its somewhat diluted and less-poisonous form.

Ramirez covered her skin from head to toe in DMSO, or dimethyl sulfone, as a possible way to cure her late-stage cervical cancer. Medical science labeled DMSO a toxic substance in 1965.

The reasons for Ramirez’s use of a toxic substance on her skin goes back to when DMSO was all the rage as a cure-all. Research in the early 1960s led doctors to believe that DMSO could relieve pain and reduce anxiety. Athletes would even rub DMSO cream on their skin to try to relieve aches in muscles.

Then a study in mice showed DMSO could ruin your eyesight. The fad of DMSO stopped, for the most part.

DMSO gained an underground following as a cure-all for many types of ailments. By the late 1970s, the only way to get this substance was as a degreaser in hardware stores. The DMSO found in degreasers was 99 percent pure as opposed to a less-concentrated form that was in muscle creams in the 1960s.

Grant looked up what happens to DMSO when it is exposed to oxygen and had a revelation. The substance converts to dimethyl sulfate (not sulfone) because it adds oxygen to its chemical structure. Dimethyl sulfate acts much differently than dimethyl sulfone.

The medical staff didn’t suffer from mass hysteria or stress. They suffered from dimethyl sulfate poisoning.

This theory adds up to the facts of the case. DMSO cream would explain the cream that doctors noted on Ramirez’s skin. It would also explain the fruity/garlicky odor coming from her mouth. The most likely explanation is that Ramirez, the Toxic Lady, used DMSO to try to relieve the pain caused by her cancer.

However, the family of Gloria Ramirez denied that she used DMSO.

No matter how someone looks at the case, it’s sad all the way around. The young woman found out she had cancer too late to do anything about it. When medical science could offer her no help, she turned to an archaic substance to try to get some kind of relief.

In the end, Gloria Ramirez’s nickname of the Toxic Lady is the last sad note of her final days.

Enjoy this weird look at the death of Gloria Ramirez? Next, read about Cotard Delusion, the rare disorder that makes you think you’re dead. Then learn about deadly nightshade, the beautiful plant that can kill you.