In November 2012, Colorado dad Mark Redwine killed his 13-year-old son Dylan after the boy uncovered shocking selfies of his father wearing lingerie and eating feces from a diaper. 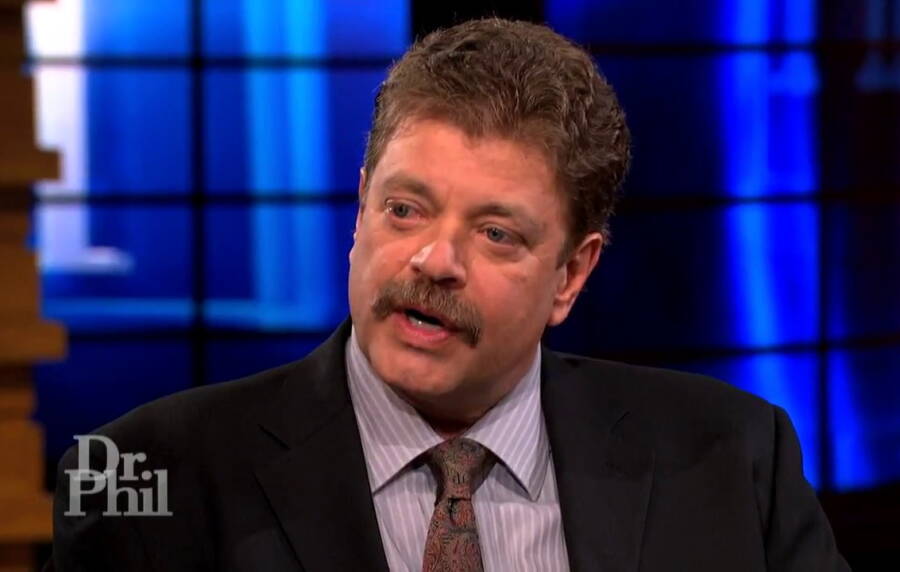 YouTubeMark Redwine appeared on the Dr. Phil program in 2013 to protest his innocence — but notably refused to take a polygraph test.

On November 18, 2012, Mark Redwine picked up his 13-year-old son, Dylan, from the airport as part of his custody agreement with his ex-wife. However, Dylan Redwine didn’t want to see his father that day. In fact, he hadn’t wanted to see his father in the weeks and months prior to this particular visit.

Dylan was upset with his father, having accidentally seen some truly shocking photos of Mark the prior year, which he intended to confront him about during this visit.

And when it came to light during that visit that Dylan had seen those photos, something terrible happened inside Mark Redwine’s, causing him to fly into a fit of rage and murder his own son. Though initially considered a missing person, Dylan’s remains were eventually discovered in the mountains near Mark’s home months later, soon proving that Mark Redwine went to extreme lengths to hide the shame of his youngest son confronting him over those fateful photos.

This is the disturbing story of Mark and Dylan Redwine.

Mark Allen Redwine was born on Aug. 24, 1961. At the time of Dylan’s 2012 visit, Redwine lived in La Plata County, a rugged and mountainous area of Southwest Colorado. Twice divorced, Redwine had two children with his ex-wife, Elaine, and was involved in a custody battle over their 13-year-old son.

Dylan Redwine didn’t want to visit his father and told his brother Corey that he was upset and uncomfortable with him — likely because, in 2011 both brothers had seen photos on their father’s computer that horrified them.

The photos showed their father dressed in a wig and women’s lingerie, eating what appeared to be feces from a diaper.

Dylan and his father’s relationship declined over the months, and Dylan asked Corey to send him the sordid photos of their father prior to his November visit, so he could confront his dad.

Elaine Hall, Dylan’s mother, was concerned about the visit, seeing how upset he had been around Redwine. However, her attorney told her she could face prosecution if Dylan did not fly out to see his father.

Before Dylan’s trip, Redwine was aware that his older son, Corey, had seen the compromising photos, according to The Durango Herald.

Worse, in the middle of a text argument with Redwine, Corey had revealed that he knew about the photos, and antagonized his father, saying, “Hey beautiful, you are what you eat, look in the mirror.” 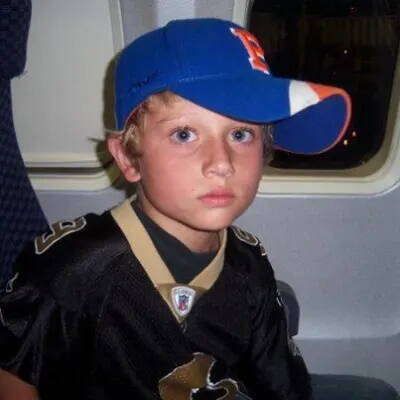 Redwine familyDylan Redwine was only 13 years old when he was murdered by his own father.

On Nov. 18, 2012, Redwine collected his son at the Durango-La Plata County Airport, and surveillance footage from the airport, and a Walmart in Durango, showed hardly any personal interaction between Redwine and his son. Dylan had wanted to spend the night of his arrival at a friend’s house, but Redwine had refused, and they both stayed at Redwine’s house that evening.

Through text messages, Dylan had arranged to visit his friend’s house at 6:30 a.m. the next morning, and his last communication with anyone on his phone that night was at 9:37 p.m. When Dylan’s friend texted him at 6:46 a.m. on November 19, asking where Dylan was, he received no response.

Redwine later claimed that he left his house that morning to run some errands and returned home to find his son missing. Dylan’s mother, however, immediately suspected that Redwine wasn’t telling the full truth according to The Associated Press. and a large-scale search of the woods and mountains surrounding Redwine’s home began.

Within days of Dylan’s disappearance, another of Redwine’s ex-wives told investigators of a previous disturbing conversation with Redwine, in which he said that if he ever had to get rid of a body, he would leave it out in the mountains. Redwine had also chillingly told her during their divorce and custody proceedings that he would “kill the kids before he let her have them.” 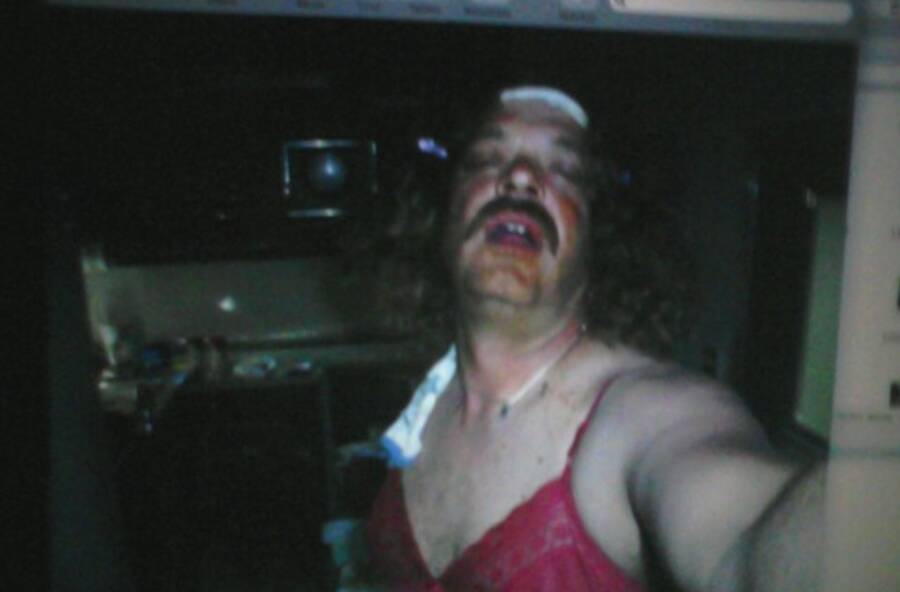 Colorado Judicial BranchOne of the compromising photos of Mark Redwine that led to the murder of his son, Dylan.

More than seven months later, on June 27, 2013, Dylan Redwine’s partial remains were located on Middle Mountain Road, roughly 100 yards off an ATV trail, and about eight miles from Redwine’s house. Interestingly, a witness had observed Redwine driving alone in te area in April of 2013, after which he left town, failing to return to search for Dylan in June 2013. Redwine was also very familiar with Middle Mountain Road and owned an ATV.

Upon the discovery of the boy’s remains, Redwine had a suspicious conversation with another son, discussing how the rest of Dylan’s body, including his skull, would have to be found before investigators could determine if blunt force trauma was the cause of death.

Then came Redwine’s bizarre appearance on the Dr. Phil show in 2013, where he and Dylan’s mother, leveled accusations at each other — and Redwine notably refused a polygraph test.

In August 2013 police detected the presence of Dylan’s blood, and human cadaver scent in multiple locations of Redwine’s living room according to court documents.

Then on Nov. 1, 2015, some hikers found Dylan Redwine’s skull further up Middle Mountain Road. The Colorado Parks and Wildlife Division confirmed the locations of Dylans remains, and later his skull. No animal known to the area would carry a body that distance up the mountain, and no animal would then transport the skull an additional one and a half miles through that terrain.

Mark Redwine Is Convicted Of Murdering His Son

Mark Redwine was arrested for second-degree murder and child abuse, following a July 17, 2017, grand jury indictment, and finally went on trial in 2021 after several COVID-19 restriction delays. A forensic anthropologist testified that Dylan suffered a fracture above his left eye, and that two marks on his skull were likely caused by a knife at or near the time of death.

The prosecution said the photographs triggered a fatal rage in Redwine, and revealed some telling details of Dylan’s first night missing.

On October 8, 2021, Mark Redwine was sentenced to the maximum term of 48 years in prison, with the sentencing judge summarizing Redwine’s appalling actions: “As the father, it’s your obligation to protect your son, keep him from harm. Instead of that, you inflicted enough injury on him to kill him in your living room.”

After learning the shocking story of Mark Redwine, read how Mark Winger almost got away with murdering his wife. Then, learn about the twisted life of con man and murderer Clark Rockefeller.