The Twisted Case Of Mark Winger, The Man Who Almost Got Away With Murdering His Wife

Mark Winger beat his wife Donnah to death with a hammer just after they'd adopted a baby girl, but it wasn't until his mistress came forward three years later that police finally discovered the truth. 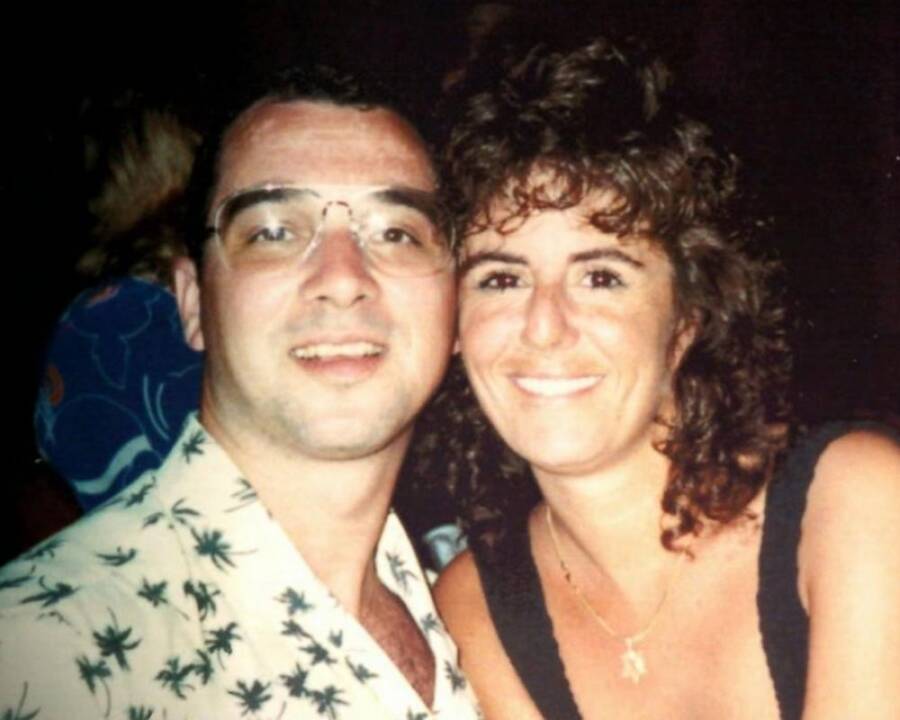 ABC NewsMark and Donnah Winger seemed like a happy, loving couple until he murdered her in 1995.

In June of 1995, it seemed like life couldn’t possibly get any better for Mark and Donnah Winger. The nuclear technician and his wife had been happily married for several years, and they had just adopted a newborn baby girl named Bailey. Three months later, Mark Winger bludgeoned Donnah to death with a hammer in their Springfield, Illinois home.

Donnah had recently had an uncomfortable experience with a cab driver named Roger Harrington, and Mark used the situation to his advantage. He murdered both his wife and Harrington then told police he’d walked in on the crazed driver attacking Donnah and shot him while trying to defend her.

For more than three years, police believed Mark’s story — until Donnah’s best friend came forward and admitted that she and Mark had been having an affair at the time of Donnah’s death. Investigators took a closer look at the evidence from the day of the murders and realized that Mark’s version of events simply wasn’t possible.

In 1999, Mark Winger officially became a suspect in the murders of Donnah Winger and Roger Harrington. The seemingly perfect father and husband — who had married his daughter’s nanny just months after Donnah’s death and gone on to have three more children with her — would finally answer for his crimes.

In August 1995, Donnah Winger took baby Bailey on a trip to Florida to visit Donnah’s family. After the visit, the two flew into the St. Louis airport and hopped in a cab driven by Roger Harrington for the two-hour ride back to Springfield.

After Donnah safely arrived home with Bailey, she called the transit company to make a formal complaint about Harrington’s behavior, and the driver was suspended.

Donnah also told Mark about the experience, and though he played the part of the supportive husband and helped her file the complaint, it turned out he had his own ulterior motives for doing so.

Just days later, Mark invited Harrington to their home, perhaps under the pretense of helping him get his job back. On Aug. 29, 1995, the cab driver wrote Mark’s name, address, and a time on a scrap of paper in his car, drove to the Wingers’ home and walked inside with a coffee cup and a pack of cigarettes — and was shot twice in the head.

Mark Winger then called 911 and told the dispatcher that he’d just shot a man who was killing his wife. He informed police that he’d been walking on the treadmill in the basement when he heard a commotion upstairs. He grabbed his gun, went to investigate, and found Harrington swinging a hammer at Donnah. In an effort to defend his wife, he’d shot the man twice.

Police arrived on the scene to find that both Donnah and Harrington still had a weak pulse. Mark was in a back bedroom, rocking back and forth in total shock.

Steve Weinhoeft, former Sangamon County assistant state attorney, told ABC News, “Donnah was clinging to life. She had been hit no less than seven times in the head with a hammer.” 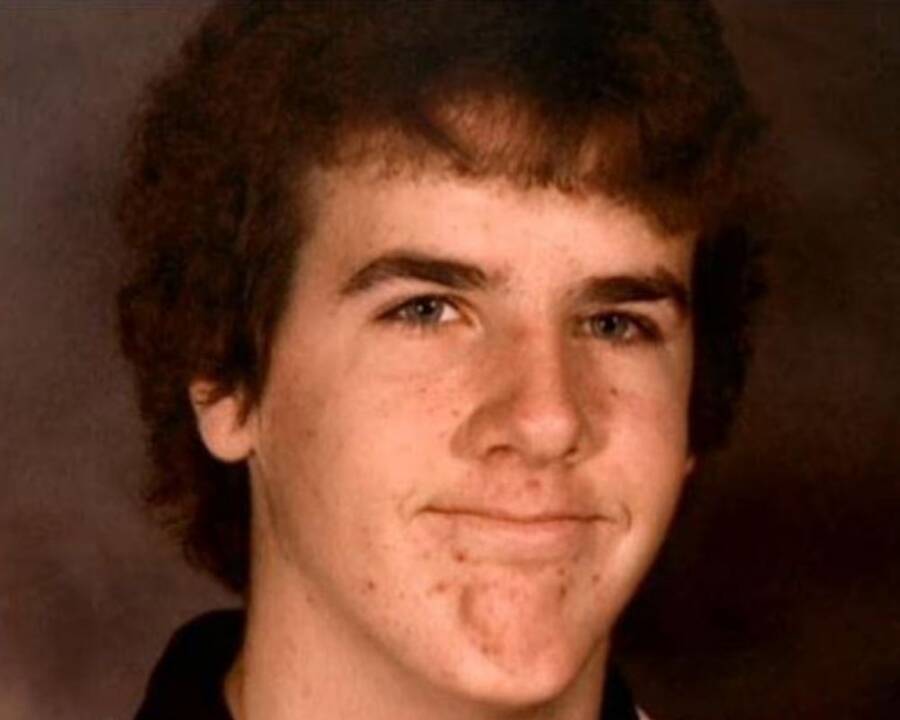 Forensic FilesMark Winger lured Roger Harrington to his house and shot him twice in the head.

Tragically, both victims soon succumbed to their injuries. After learning about Donnah’s previous run-in with Harrington and listening to Mark’s version of events, police closed the case within days, listing Roger Harrington as the culprit.

It seemed like Mark Winger was going to get away with murder.

Mark Winger was now a single father raising his infant daughter on his own. Donnah’s family initially flew to Illinois to help out, but they couldn’t stay, and they suggested Mark hire a nanny.

In January 1996, he met 23-year-old Rebecca Simic, who was searching for a nanny job in the area. Simic told WHAS11, “It just felt like Bailey was the one that really needed me the most… she had been through so much already at the age of three months.”

Simic was wonderful with Bailey, and even Donnah’s family agreed that she was like an angel sent to help Mark. While she felt a little uncomfortable in the house where two people had died violently, she was dedicated to giving Bailey a good childhood despite the trauma of losing her mother.

Mark helped Simic feel at ease in her new role. After a few months, the two found themselves sharing conversation and a glass of wine at the end of a long day.

Within the year, Simic was pregnant with Mark Winger’s child. The couple eloped in Hawaii in October 1996, just 14 months after Donnah’s death.

“I remember asking him how he could move on so quickly,” Simic later recalled, “and he explained to me that when you have a good marriage it’s natural for you just to want that again.”

Mark sold the house where Donnah had died and moved his new wife to the suburbs outside of Springfield. They had three children together, and Simic raised Bailey as her own daughter. Though chaotic, their life seemed almost perfect. Mark was a loving partner and a very involved father.

That would all soon change.

One day in early 1999, Mark was feeling ill, and Simic took him to the emergency room in the hospital where Donnah had worked before her death. There, they saw Donnah’s best friend and co-worker, DeAnn Schultz.

She seemed upset to see Mark, and Simic recalled that Schultz had acted strangely when she first came on as Bailey’s nanny — as if she were pushing to stay involved in Bailey’s life.

After they returned home, Mark noted that may not be the last they heard from her.

He was right. In February 1999, Schultz dropped a bombshell on the police — she and Mark had been having an affair before Donnah’s death. At one point, he’d remarked to her that things would be easier for them if Donnah was dead. She told them that after Donnah’s fateful ride with Roger Harrington, Mark said that he needed to get that driver to the house.

Schultz never thought Mark Winger was serious, but when Donnah turned up dead soon after, she knew he had done it. Mark had threatened her not to tell anyone about the things he’d said, and she attempted suicide several times while struggling with her guilt. After seeing him in the hospital, she decided she couldn’t keep quiet any longer. 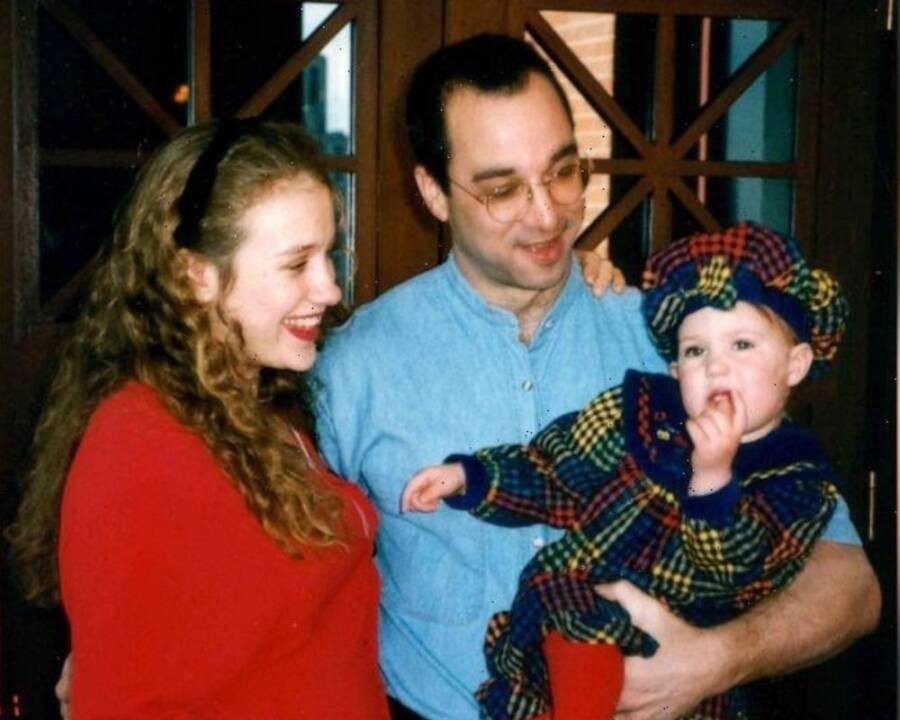 After hearing Schultz’s story, police decided to take a closer look at the evidence from the day of the murders. The more they thought about what they’d once assumed was an open-and-shut case, the more questions they had.

Why were there no signs of forced entry into the Winger home that August day? Why would Roger Harrington bring his coffee cup and cigarettes into the house with him if his plan was to attack Donnah? And why would he use the Wingers’ hammer as a weapon when he had a tire iron and a knife in his car?

Then, investigators came upon three never-before-seen Polaroid photos taken the day of the murders. They’d been with the evidence collected in a civil suit Mark Winger had filed against the transportation company that had employed Harrington. The position of the bodies in the photos showed that Mark’s version of events was not possible.

“Mark Winger had stated that Roger Harrington was kneeling down right next to Donnah Winger’s head, and he was beating her with a hammer,” Weinhoeft explained. “He stated that he shot him and that the man fell backwards, so that his feet remained near Donnah’s head. In reality, the Polaroids photographs show the exact opposite.” Blood spatter experts agreed.

Cox told ABC, “I was ashamed of the way the investigation went. I hurt Roger Harrington’s family. I ran his name through hell for no reason. I mean, he was an innocent victim.”

On Aug. 23, 2001, Mark Winger was indicted for the murders of Donnah Winger and Roger Harrington.

At trial in May 2002, a visibly shaky DeAnn Schultz testified against Mark. According to CBS News, the court granted her immunity in exchange for her testimony, though there was no evidence linking her to anything other than keeping Mark’s terrible secret.

Mark Winger was sentenced to life in prison without the possibility of parole.

Four years later, he was sentenced to an additional 35 years in prison when he tried to hire a hitman to kill DeAnn Schultz for testifying against him. He also attempted to put out a hit against a childhood friend who had refused to pay his bail.

Rebecca Simic was left to make sense of the tragedy. She’d had no idea what Mark was capable of, and after the trial she moved her four children out of Springfield in order to feel safer. While Mark had tried to keep Bailey away from Donnah’s family, Simic encouraged them to be reunited.

“We’d been hurt a lot by the same person,” Simic said. “But it didn’t break us.”

After learning how Mark Winger almost got away with double murder, read about Richard Klinkhamer, the man who killed his wife and wrote a book about it. Then, discover how John List, murdered his family in cold blood and then disappeared.