The Astonishing Story Of Milunka Savić, The Most Decorated Woman Soldier In History

Even after discovering that their new recruit was a woman in disguise, the Serbian Army allowed Milunka Savić to keep fighting because she was just that good on the battlefield. 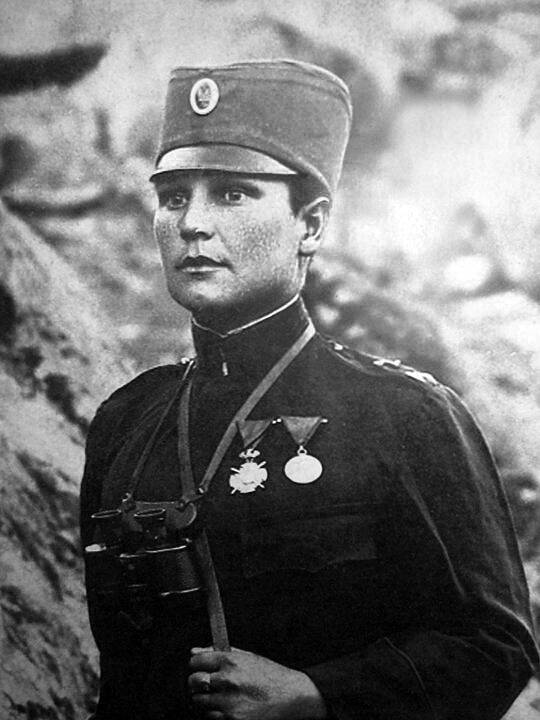 Wikimedia CommonsA photograph of Milunka Savić with several of her medals, taken during World War I.

She has more medals for combat than any other woman in history, but most people have never heard of Milunka Savić.

When the Serbian government called up her sick brother to serve in the First Balkan War in 1912, Savić cut her hair short and took his place, posing as a man — like a 20th-century version of Mulan.

Fighting for the Serbian army, Savić quickly racked up medals and promotions. Then, after ten missions, a battlefield wound finally revealed her secret, threatening to end Savić’s military career. But the war hero refused to leave her regiment — and proved that she belonged on the battlefield. This is the inspiring story of Milunka Savić.

Born in rural Serbia near the end of the 19th century, Milunka Savić grew up in a quiet village with fewer than 20 people. But war would soon disrupt Savić’s life.

In 1912, Savić’s brother received a notice from the military: The army wanted him to serve in the First Balkan War. The Balkan League – an alliance between Serbia, Greece, Montenegro, and Bulgaria – was taking on the massive Ottoman Empire. 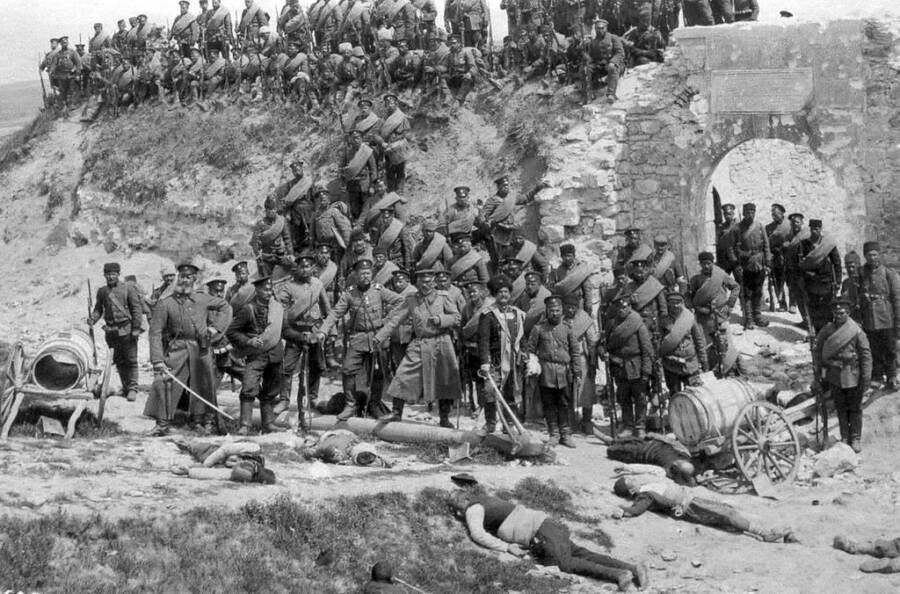 The battle would be fierce. And Savić worried that her brother wouldn’t survive because of his poor health.

With few other options, Savić decided to take her brother’s place. After cutting her hair short, she reported to the army wearing men’s clothing.

The Woman Soldier Disguised As A Man

Savić went into battle nine times, winning medals for bravery along the way before anyone discovered her gender.

But on the tenth mission, she was injured by Bulgarian shrapnel. As Savić later quipped, per Serbia.com: “Just as is my luck, the bullet went right into my chest.”

Because of the location of her injury, the doctor treating Savić quickly realized that she was a woman.

Savić’s commanding officer couldn’t decide whether to punish her or send her back to the battlefield. Milunka Savić had proven that she was an outstanding soldier. But women were not allowed to fight in the Serbian army at the time.

The officer asked Savić if she would prefer to work in a nursing unit with other women. Savić turned him down, declaring that she wanted to keep fighting for Serbia. 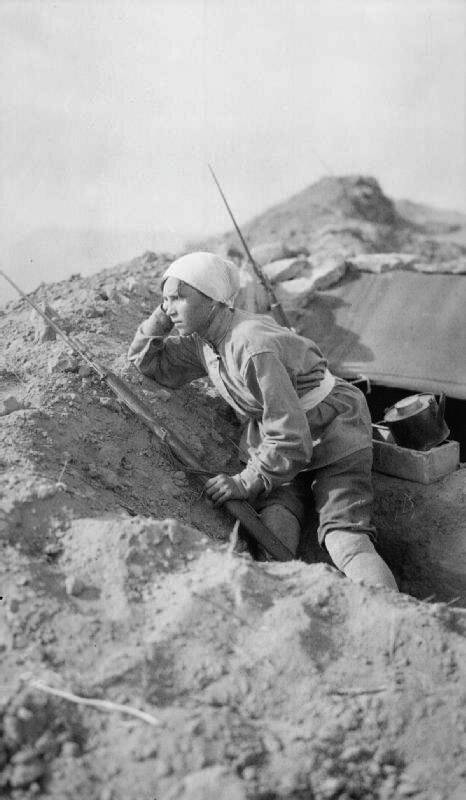 Her commander said he needed time to think. Standing at attention, Savić said, according to SOFREP, “I shall wait.”

It took the officer an hour. But he finally agreed to send Savić back to the front with her unit.

Milunka Savić was one of many women who fought in the military during the early 20th century. Most of those women had to hide their gender. And many armies dismissed female soldiers if their disguises slipped.

But Savić was in a unique situation. Everyone knew that Savić was a woman. But her military expertise was so great that she continued to fight for the Serbian Army.

Savić fought in the First and Second Balkan Wars. And only a year after the Balkan Wars ended, World War I began. Once again, Savić stood out on the battlefield, earning the respect of the soldiers she fought alongside – and against.

Early in World War I, Savić and her regiment fought in the Battle for Kolubara. After the fighting, the commanding officer asked the unit, “Who deserves the Karađorđe star with swords?”

The entire regiment spoke as one: “Milunka Savić!”

Savić sustained multiple injuries during her military service. She was wounded four times during the Balkan Wars. And she nearly died in 1915 during a battle in Macedonia.

Suffering from a head wound, Savić had to retreat across Albania. But she returned to the front after recovering from her injuries. 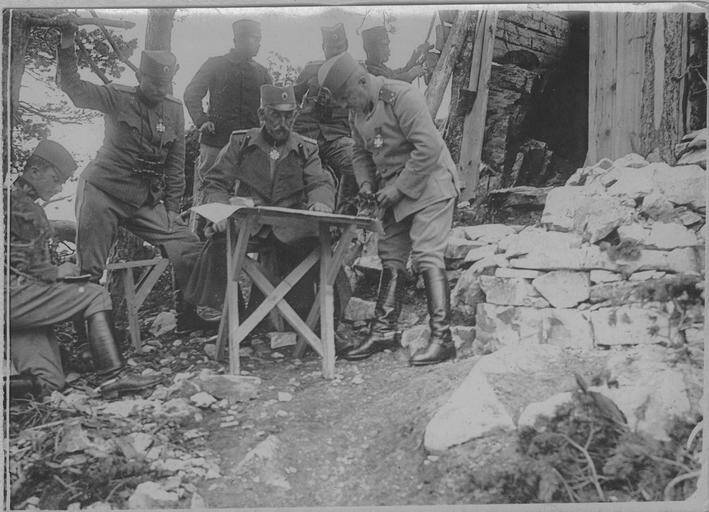 Wikimedia CommonsA Serbian division photographed during the Battle of the Crna Bend.

Then, during the 1916 Battle of the Crna Bend, Savić single-handedly captured 23 Bulgarian soldiers. The enemy troops were shocked to learn that a woman had captured and disarmed nearly two dozen men.

In the final months of the war, when the Serbian army retreated, Savić enlisted with a French unit and continued to fight.

Savić racked up an impressive number of medals by the end of her military service. She received a total of 12 medals for bravery from Serbia and its allies.

She won the French Legion of Honor medal twice. The British gave Savić the medal of the Most Distinguished Order of St. Michael. The Russians awarded her the Cross of St. George.

Savić was also the only woman to receive France’s Croix de Guerre with the gold palm during WWI.

But rather than returning to Serbia as a hero, the post-war years proved tragic for Milunka Savić.

France offered Milunka Savić a military pension for her service. But she chose to remain in Serbia.

After the war, Savić married a banker and had a daughter. She also adopted three children. But Savić’s husband abandoned his family. As a single mother, Savić took a job as a cleaning lady with the Ministry of Foreign Affairs. 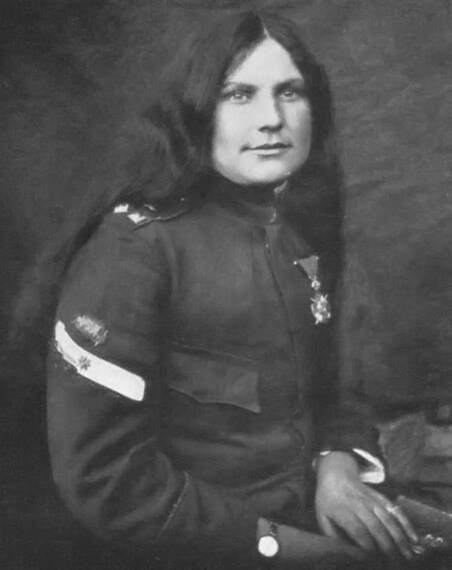 Wikimedia CommonsIn spite of being a celebrated war hero, Milunka Savic struggled after leaving the military.

When World War II broke out, Savić ran an infirmary for Yugoslavia’s National Liberation Army. But then Germany occupied Serbia. The Nazis beat Savić in front of her children for aiding members of the liberation movement, and then threw her into the Banjica concentration camp in Serbia.

Though she suffered brutal conditions, Savić survived because a German officer recognized her as a war hero. Instead of facing a firing squad, Savić was released after ten months in the camp.

According to Culture Trip, Milunka Savić lived her final years in poverty and died from a stroke in 1972. In her lifetime, the military hero never received the recognition she deserved for being the most decorated female combatant in history.

Milunka Savić was one of many women who proved their mettle on the battlefield. Next, read about history’s greatest women warriors, and then learn about Cathay Williams, the first Black woman to join the U.S. Army.