Park Officials are urging tourists to refrain from using the geysers as natural garbage cans. 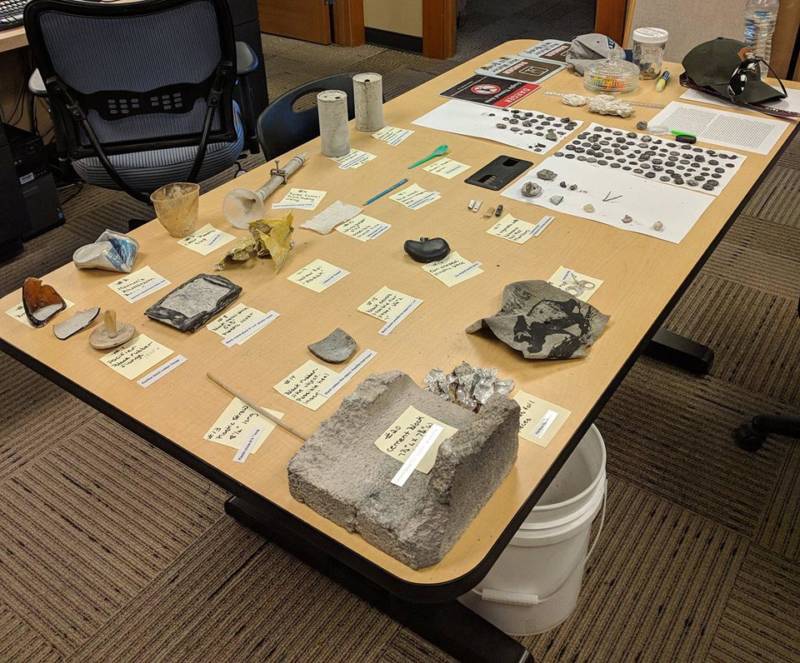 The spectacle one expects to find at a Yellowstone eruption doesn’t normally include a barrage of human materials. But one such eruption on September 15 yielded just that when an unprecedented amount of trash spewed forth at a vertical height of about 30 feet from a previously dormant geyser.

Watch Ear Spring geyser erupt for the first time in over a decade.

Yellowstone’s Ear Spring geyser had been relatively inactive since 1957, with just four eruptions over the 60-year period. But its eruption last month left tourists and park officials equally stunned not just because of its history of inactivity. “Employees found a strange assortment of items strewn across the landscape around its vent,” the National Park’s Facebook page read.

These “strange items” were apparently collected in the geyser over an 80-year period. These included a pacifier from potentially the 1930s, a bunch of coins with wishes now never to come true, a rubber heel insert, a collection of metal warning signs, plastic cups, aluminum cans, cigarette butts, and an eight-inch drinking straw which suggested a tourist was once curious about the geyser’s taste profile. That tourist, fortunately, was not found inside the geyser along with their straw.

After Ear Spring erupted on September 15, employees found a strange assortment of items strewn across the landscape…

While it remains to be known whether the items were thrown into the geyser on purpose as a sort of natural trash can, park officials claim that either way, this is destructive behavior.

“Foreign objects can damage hot springs and geysers,” the official Facebook post continued, “The next time Ear Spring erupts we hope it’s nothing but natural rocks and water.” 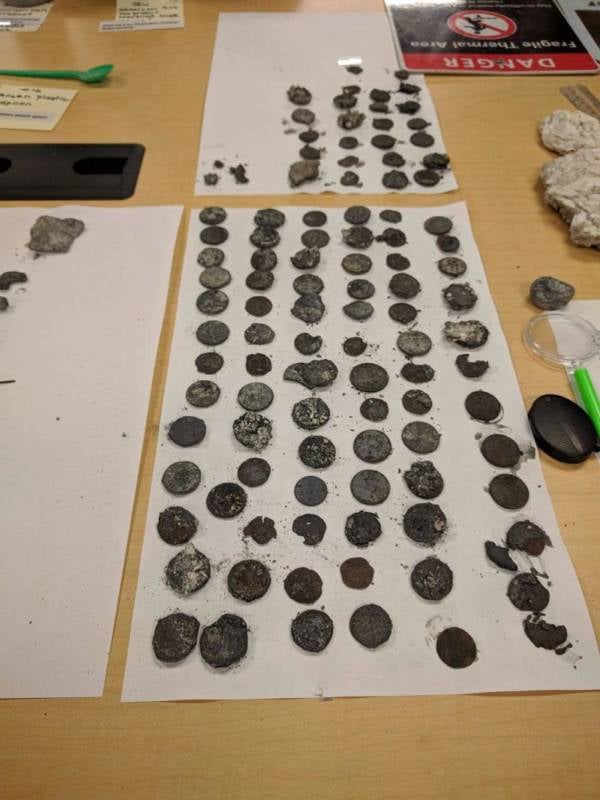 Yellowstone National Park FacebookA close-up of all the coins spewed out of the Ear Spring eruption.

If you were ever unsure about how well we’ve been doing with our recycling efforts, this eruption at Yellowstone should paint a pretty stark picture.

Alternatively, if you’re looking for ways to stop using the planet as a natural garbage can, the United States Geological Survey suggests that you can start by “never throwing anything into Yellowstone’s thermal features!”

That is, unless, you don’t mind it literally hitting you in the face 80 years later in a heated eruption.

Next up in human trash, read about the Great Pacific Garbage Patch that is now the size of France. Then, check out the Steamboat geyser eruptions, which just won’t stop.