They chose to scan the spot where it was found on a lark. "It turned out to be a good decision." 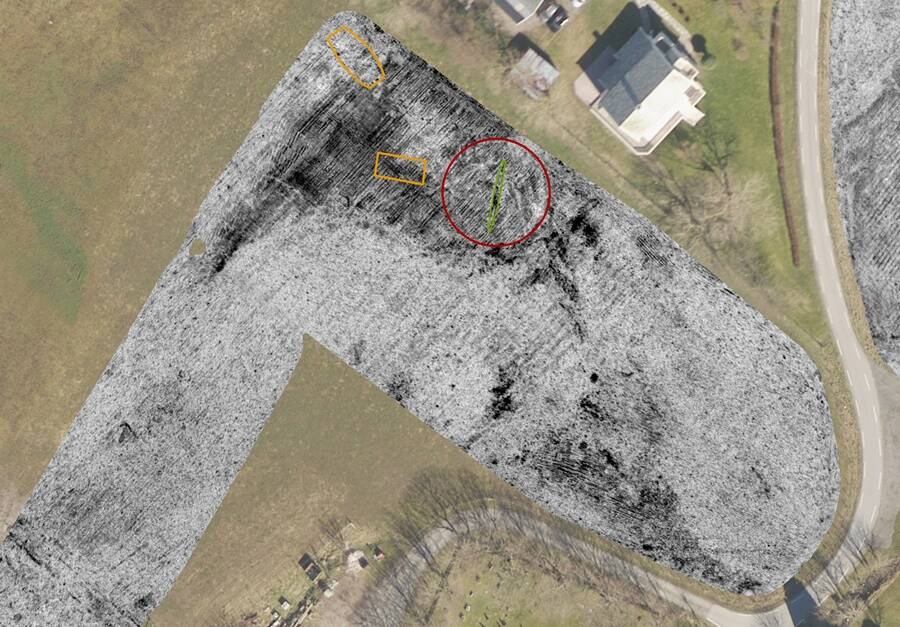 With a bit of luck and a lot of technology, archaeologists recently discovered a 1,000-year-old Viking ship buried underneath a farm in Norway. The discovery was made on the western island of Smøla after researchers scanned a field with advanced ground-penetrating radar.

According to Ars Technica, the Viking ship’s burial mound was plowed down by farmers over the last thousand years, filling the surrounding ditch with soil.

“This is a very common trait for grave mounds,” said Dag-Øyvind Solem, an archaeologist of the Norwegian Institute for Cultural Heritage Research (NIKU) and one of the lead researchers on the georadar project. “In addition to having a potentially symbolic meaning, it is thought that [ditches] have the very practical function of making the mounds seem bigger than they really were.”

The ship’s burial mound was desecrated but that proved to be a blessing in disguise as the loose soil’s moisture reflected more visibly on the researchers’ radar. Scan images of the Viking ship show the hull of the 56-foot-long ship perfectly encircled by the remains of the mound.

Manuel GablerAn animation of the radar images that detected the viking ship.

“We had actually finished the agreed upon area, but we had time to spare and decided to do a quick survey over another field,” said Manuel Gabler, another researcher co-leading the project. “It turned out to be a good decision.” The team also lucked out with the cooperative farmer who owns the field where the Viking ship was uncovered.

“We couldn’t have wished for a more agreeable landowner,” Solem said. “He is very interested in history, especially local history, and is very enthusiastic about the project.” The archaeological project at Edøy was carried out under a collaboration between Møre and Romsdal County, Smøla municipality, and NIKU.

The team has yet to excavate the ship, but their findings so far have been remarkable. Judging from the radar images, the central parts of the ship appear intact but the ship’s fore and aft sterns seem to have been destroyed by centuries of plowing. They believe the Viking ship to be no less than 1,000 years old, most likely from Norway’s Merovingian or Viking period.

“We only know of three well-preserved Viking ship burials in Norway, and these were excavated a long time ago,” Knut Paasche, head of the Department of Digital Archaeology at NIKU and a Viking ship expert, said of the discovery. “This new ship will certainly be of great historical significance and it will add to our knowledge as it can be investigated with modern means of archaeology.” 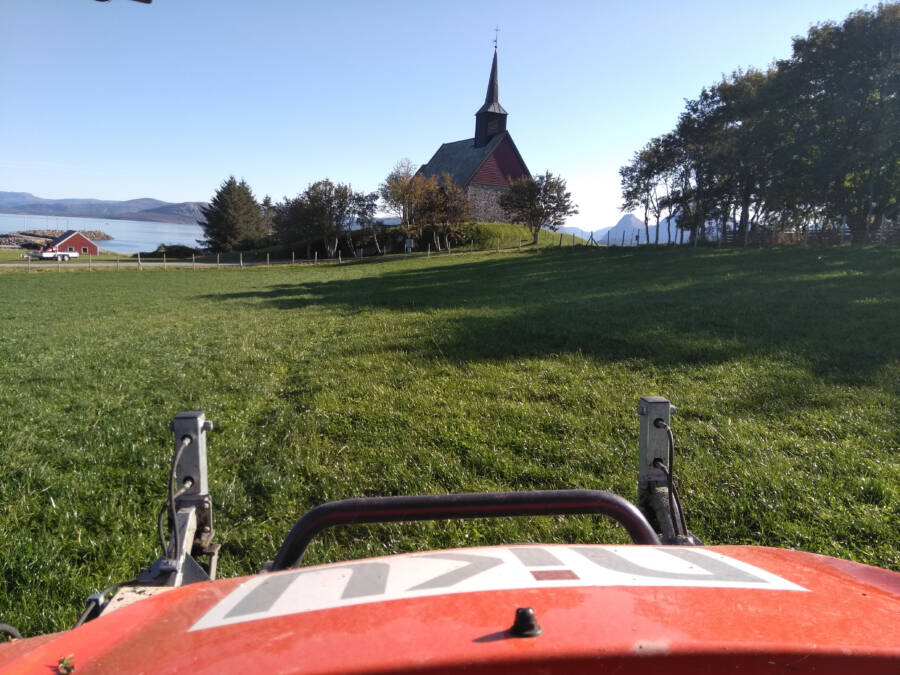 Manuel GablerThe ship was found on a small island in western Norway, in the town of Edøy.

The massive ship was found 20 inches underneath a well-known archaeological site south of Oslo and measured about 65 feet long. Smøla, where the most recent ship was found, is about 300 miles northwest.

In addition to the Gjellestad ship, researchers also found five buried longhouses which were timber-framed halls used as communal housing for the Vikings.

Now that researchers have uncovered evidence of a Viking ship burial in the area, they hope to return to conduct more surveys.

“We hope to engage in a research project together with local authorities where we can conduct a larger investigation out here with several non-invasive methods of investigation,” said Solem.

As the use of advanced archaeological methods like georadar grow increasingly common in archaeological research, we’ll be sure to hear about more unexpected discoveries hidden right below us.

Next, read about the 1,200-year-old Viking sword discovered on a Norwegian mountain and delve into 32 Viking facts that uncover one of history’s most misunderstood civilizations.