Edward Price was charged with three counts of second-degree burglary, concealing stolen property, and possession of an illegal firearm. 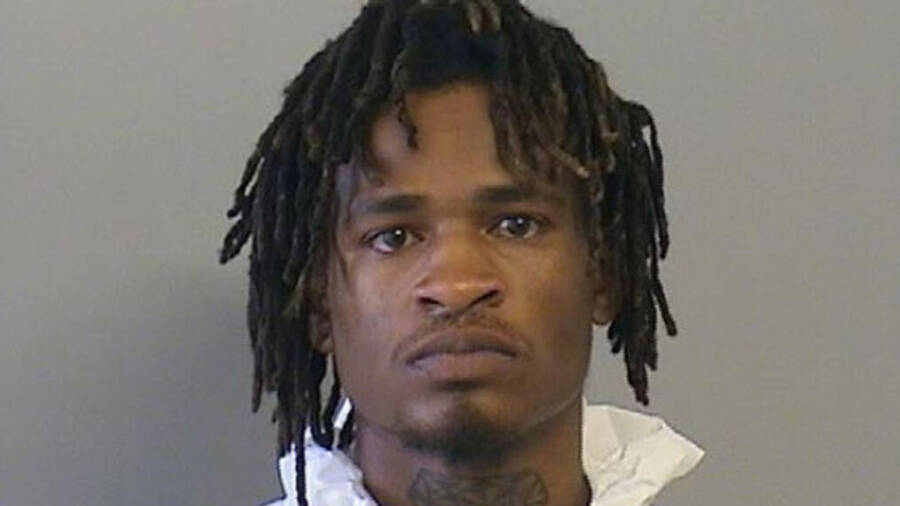 Thanks to the help of a little sponge who lives in a pineapple under the sea, police in Tulsa, Oklahoma, were able to identify an alleged serial burglar they believe was responsible for multiple burglaries from units at the Waterside Apartments between July 23 and September 13.

In almost every instance, the front door was kicked down and guns, electronics, ammunition, and televisions were stolen. In several cases, witnesses identified the burglar as wearing distinctive SpongeBob SquarePants socks and shorts.

According to The New York Post, Edward Price, who also reportedly goes by “Smacc Man,” was trying to sell some of the stolen merchandise on Facebook Marketplace. 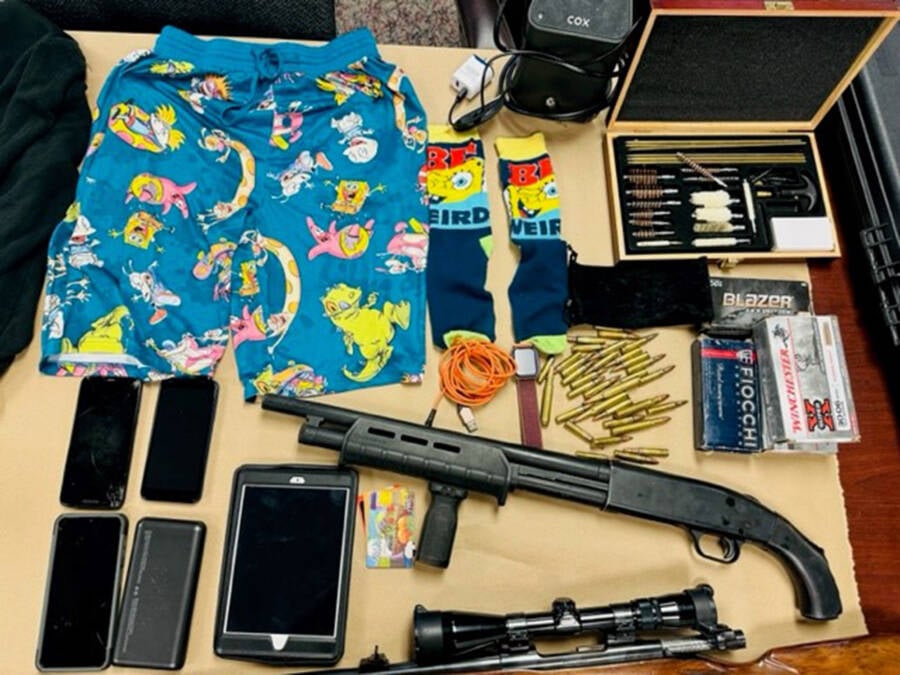 Tulsa Police DepartmentA collection of the stolen goods found in Price’s apartment, along with the brightly-colored shorts and socks that helped identify him.

In the background of some of the photos, investigators noticed a pair of shorts and socks featuring the cartoon character SpongeBob SquarePants — the same articles of clothing reportedly worn by the suspect involved in the burglaries.

When officers searched Price’s apartment, they found the SpongeBob SquarePants clothing in question sitting in his dryer.

Per FOX News, police also found many of the stolen items in Price’s apartment, including cell phones, iPads, a shotgun with a pistol grip, ammunition, televisions, and internet routers.

Many of the items have already been returned to their rightful owners, police told local media. 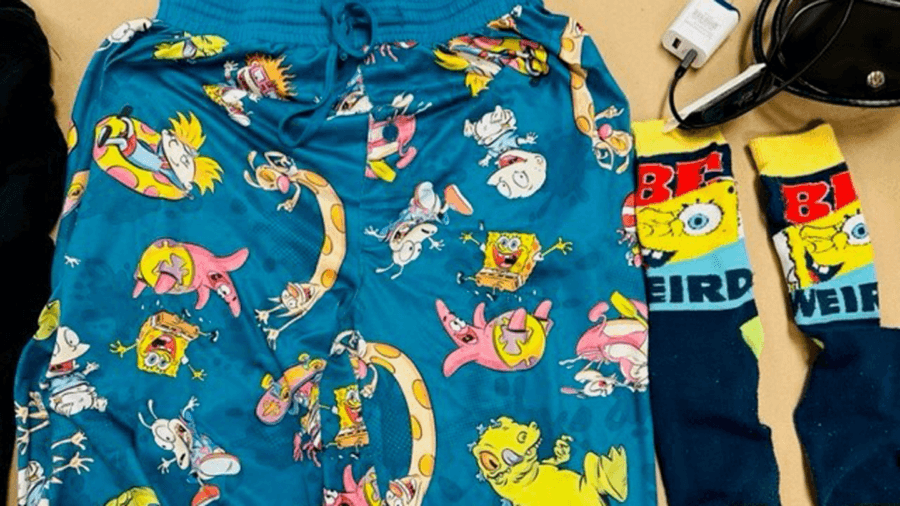 Price was officially charged with three counts of second-degree burglary after a felony conviction, knowingly concealing stolen property, and possession of a firearm in the commission of a felony.

Price had been previously arrested for several burglaries in the past, but most of the charges levied against him were reportedly dismissed in the absence of witnesses appearing in court.

His arraignment was set for Thursday, September 22.

Tulsa police had a little bit of fun at the suspect’s expense when announcing Price’s arrest online.

“FYI, the suspect’s apartment was not located in an pineapple under the sea,” wrote the Tulsa Police Department in a Facebook post.

After reading about how this alleged criminal got himself caught, read about the burglars who accidentally called police mid-robbery — or the Texas couple who reported their tires stolen and got busted with 43 pounds of meth.