El Chapo's safe house in the Sinaloa capital of Culiacán is located across from a school with a neighbor on only one side and has been unoccupied since his 2014 escape. 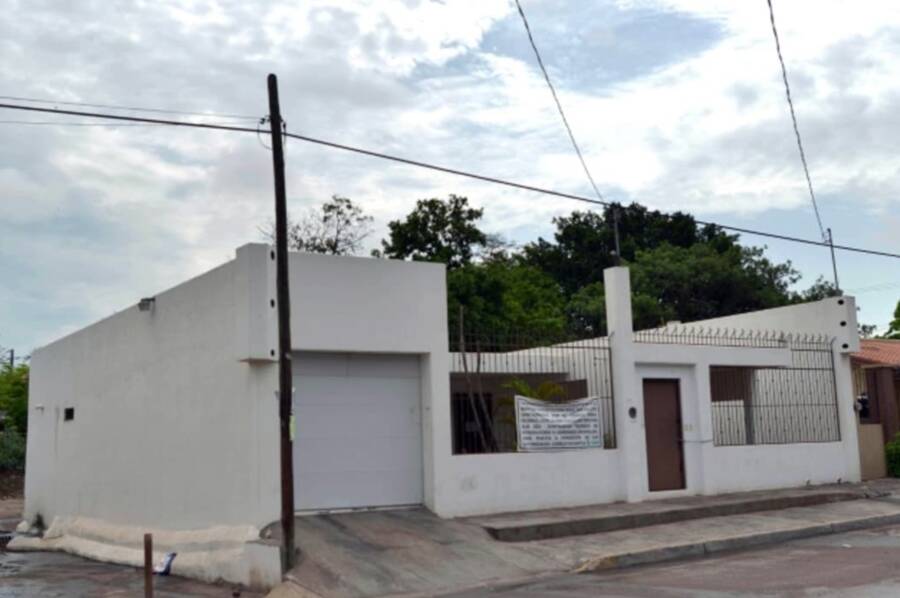 Currently serving a life sentence in the United States for kidnapping, drug trafficking, and murder, Joaquín Guzmán is best known as “El Chapo,” the former leader of Mexico’s Sinaloa Cartel. While he languishes behind bars, the Mexican government has raffled off a former safe house that El Chapo escaped in 2014.

The El Chapo house once contained a secret ladder and passageway that could be accessed from below the bathtub. El Chapo used this trap door to flee Mexican soldiers who had him surrounded in 2014. It led to a network of tunnels he had constructed below the property.

The house in Culiacán, where the Sinaloa Cartel is based, has since sat empty. It previously failed to sell at auction for $130,000. The Mexican government currently estimates its value at $183,000.

At a modest 2,800 square feet, the home was one of 20 properties impounded by the state and raffled off for Mexico’s Independence Day lottery on Sept. 15. While the winner remains anonymous as ticket holder number 1,438,619, all proceeds will go to Mexico’s 2020 Olympic and Paralympic athletes.

Remarkably, nobody in the quiet neighborhood of Libertad (or “Freedom”) had a clue that they were living amongst the drug lord.

Located across the street from a school and blocked off by a fence, the Culiacán house was built next to a storm drain. This was undoubtedly the most appealing amenity to El Chapo, who has been aptly nicknamed “Lord of the Tunnels” due to his penchant for subterranean escapes.

On Feb. 17, 2014, Mexican marines swarmed the neighborhood and searched all five houses suspected of belonging to El Chapo. By the time they entered the residence in question with a battering ram, the kingpin had already fled down a ladder in his bathtub and into the storm drain connected to six other properties nearby.

The home itself is entirely unassuming. With low ceilings and metal bars on the windows, it didn’t denote a lavish lifestyle. The listing says it has two bedrooms, a living room, dining room, garage, and front garden.

Ultimately, El Chapo only managed to fool the federal authorities for five days after evading capture. He had was arrested a mere 125 miles south, while staying in the coastal home of his wife Emma Coronel with their twin daughters in Mazatlan. 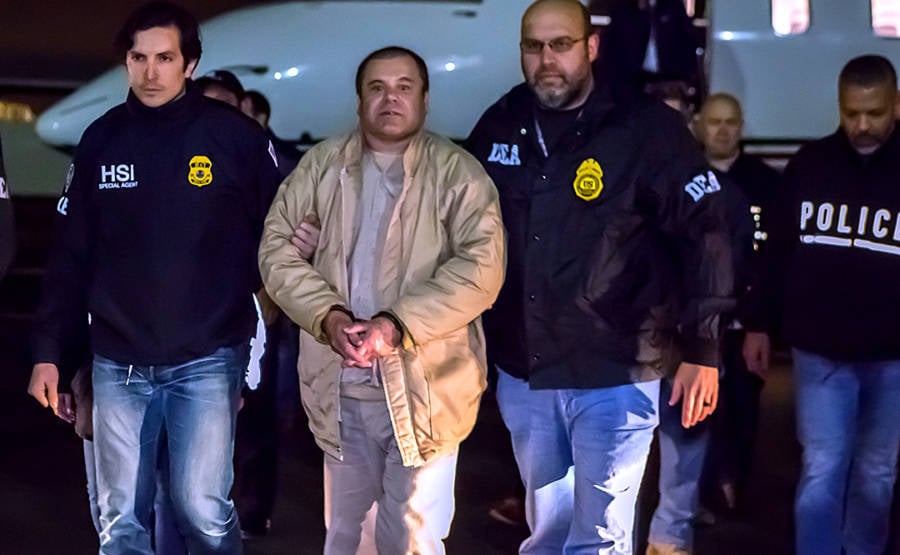 But El Chapo’s Culiacán house wasn’t the first nor last place he would flee from — as he broke out of two Mexican prisons in 2001 and 2015.

Incarcerated in Altiplano Federal Prison, El Chapo escaped through a tunnel in July 2015. It had been secretly dug from a cinder block house on an empty plot of land purchased while he was in prison and connected to a shower stall in the facility — with a motorcycle waiting below for him to ride to freedom.

Ultimately, however, El Chapo would be captured one final time in Los Mochis, Sinaloa, six months later and extradited to the United States. By the time he was convicted and given a life sentence in July 2019, the Mexican government had already tried and failed to sell his Culiacán residence.

Removing the cameras and covering the escape tunnel with a concrete slab, the state aimed to turn past traumas into present opportunities. As part of the Institute to Return Stolen Goods to the People, or INDEP, the government repainted the interior and exterior, tiled up the bathroom, and offered it as a prize in the lottery.

“This raffle is very important,” Mexican President Andrés Manuel López Obrador said before the lottery. “I call on all the people, those who can help buying a ticket, or two or three.” 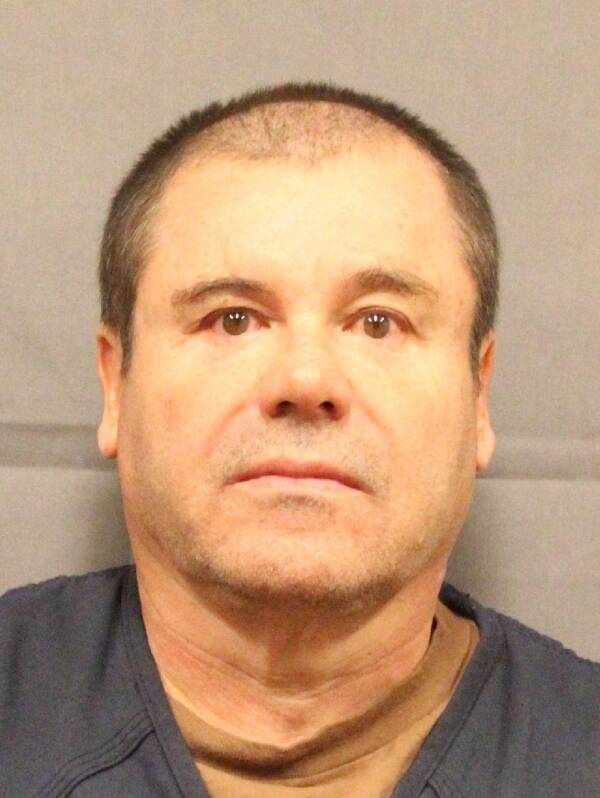 Lottery tickets cost $12, and in the week leading up to the drawing, ticket vendor Jorge López was stunned to be selling between 100 and 120 tickets per day. He also said that people largely didn’t care who owned these homes before, and the Culiacán residence hadn’t even been of primary interest to most.

Among the flashier residences and properties included in the lottery were a seaside apartment in Acapulco, beachfront land, a house in an upscale Mexico City neighborhood with a pool, and even a private box in the country’s famous Aztec Stadium.

Mexico’s national lottery has never raffled off property before and has served as a traditional system of cash prizes much like the counterpart in the United States. For Culiacán local Ignacio Mariscal, the fact that these homes are being offered to everyday people is a net positive.

“Those houses didn’t serve anyone,” he said. “Those people had them. I see it as perfectly fine. It’s to help people in need.”

After reading about El Chapo’s home being auctioned off by Mexico’s national lottery, learn 30 absurd facts about El Chapo. Then, read about how Pablo Escobar’s Medellin Cartel became the most ruthless in history.