Elephant birds stood a towering 10 feet tall and weighed up to 1,700 pounds, but they were gentle giants who disappeared completely about 1,000 years ago.

t the peak of its time, the elephant bird was certainly a sight to behold. Thriving on the African island of Madagascar, Aepyornis maximus is believed to be the heaviest bird to walk the planet.

But for the longest time, many people doubted the very existence of the elephant bird, as they were often the subject of tales that seemed too fanciful to believe. They were the main characters in fairy tales told by French noblemen, and the subjects of drawings that looked like fantasy illustrations. 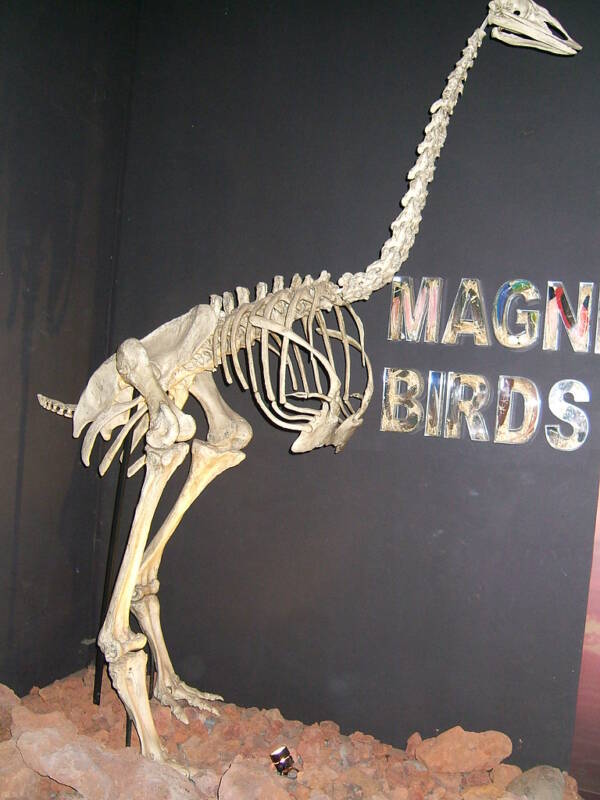 As it turned out, though, they were very real — and their habitats were so badly destroyed that they were wiped off the planet by the year 1100 BCE.

This is the story of the elephant bird, whose recent extinction due to human exploitation serves as a cautionary tale for us all.

Meet The Elephant Bird Of Madagascar

With conical beaks, short thin legs, and massive bodies atop three-toed feet, the elephant bird resembled an ostrich — albeit a really massive one — at first glance. Etymologically, however, they were closer to the New Zealand’s tiny kiwi bird than to the massive land bird, according to paleobiology journal Capeia.

Aepyornis maximus thrived on the island of Madagascar, though they couldn’t fly thanks to their massive size. And while it’s not clear what they subsisted on, it’s been suggested that they had a plant-based diet like their distant bird cousins. 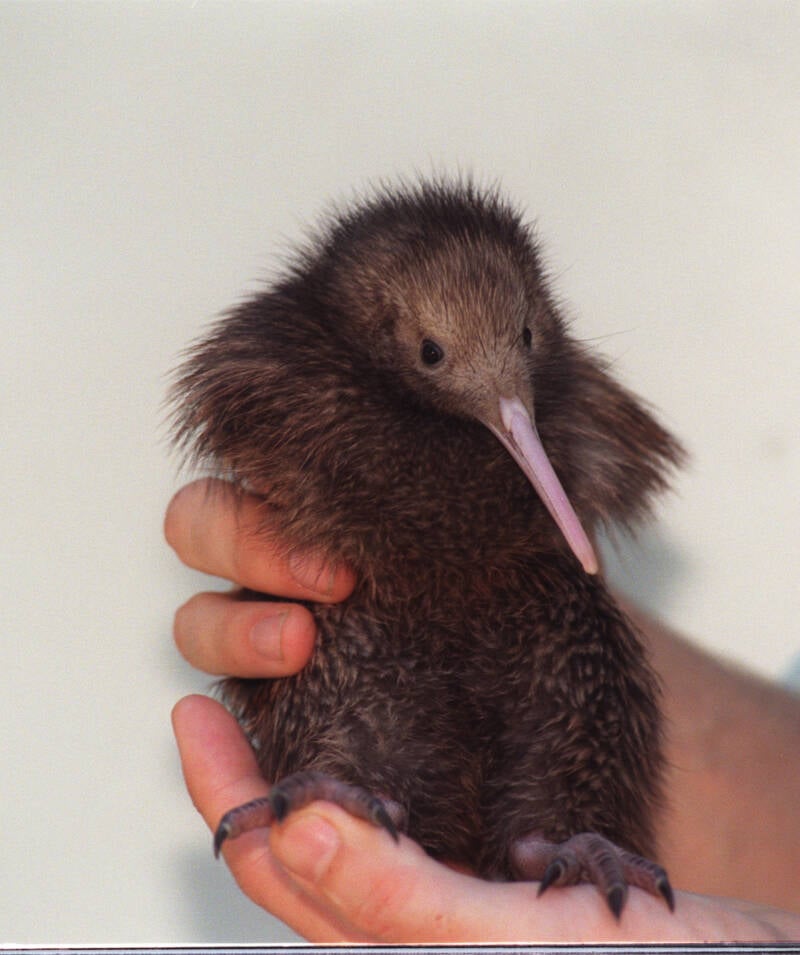 Fairfax Media via Getty ImagesDespite the massive size of the elephant bird, their closest living cousin is actually the tiny kiwi, of New Zealand.

The remains of the elephant bird were first identified by French colonial commandant, Étienne de Flacourt, who lived on Madagascar at the time. But it took until the 19th century, and a French zoologist named Isidore Geoffroy Saint-Hilaire, to describe the bird for the first time.

According to Saint-Hilaire, the bird could stand as tall as 10 feet and could weigh as much as one ton when fully grown. What’s more, their eggs were pretty massive, as well: A fully developed egg could be as big as a foot tall, and nearly 10 inches wide.

In short, these were massive — but gentle — land creatures who thrived on a tiny island off the coast of Africa for thousands of years. So, what went wrong?

The Extinction Of The Elephant Bird

Simply put, it was most likely human behavior that caused the mighty elephant bird to go extinct.

A BBC report released in 2018 revealed that for thousands of years, humans and other wildlife lived together in relative harmony on the island of Madagascar. But all that changed around one thousand years ago, when humans began hunting the birds for their meat.

What’s more, their eggs were also targeted, with many of their massive shells used as bowls by those that hunted the chick’s mothers. And this hunting, combined with the increasing climate change that was occuring around the same time, and the sharp shift in the vegetation that kept the birds alive, drove them to extinction.

Still, Dr. James Hansford, a scientist at Zoological Society London, told the BBC that despite this extinction event — what some scientists refer to as the “blitzkrieg hypothesis” — the birds’ extinction provides insight for future conservation efforts.

“Humans seem to have coexisted with elephant birds and other now-extinct species for over 9,000 years, apparently with limited negative impact on biodiversity for most of this period, ” he said to the outlet.

But could recent new technology bring the elephant bird back to life?

Can Elephant Birds Be Brought Back To Life?

Thanks to movies like Jurassic Park, enterprising young scientists — and those who wish they were — have speculated that they can, and perhaps should, resurrect the long-extinct elephant bird. A 2022 report by Virgin Radio in the United Kingdom revealed that scientists were well on their way to bringing back the long-extinct dodo, with promises that their de-extinction technology could resurrect the fluffy, flightless bird.

But could the same thing be done here? It’s possible. There are limits, of course, to de-extinction technology. Animals that have been dead for millions of years — like dinosaurs, for example — couldn’t be brought back to life. Their DNA is simply too degraded from the environmental issues and the exposure to the elements.

The elephant bird, however, just might qualify for de-extinction — though scientist Beth Shapiro points out that there are ethical and environmental concerns surrounding the technology.

“As human populations grow, it is more and more of a challenge to find places on our planet that have not been somehow influenced by human activity,” she said to Smithsonian Magazine.

“De-extinction may not be the answer to the biodiversity crisis that we are facing today, but the technologies that are being developed in the name of de-extinction may become powerful new tools in an active conservation regime,” she continued. “Why not provide populations a little bit of genomic assistance so they can survive in a world that is changing too quickly for natural evolutionary processes to keep up?”

For now, all that remains of the elephant bird are some fossilized bones and remain of their enormous eggs — some of which have sold for as much as $100,000 at auction.