"We haven't been really noticing any salmon up here. So we've been noticing that [the bears] have been getting skinnier and skinnier and getting more aggressive.” 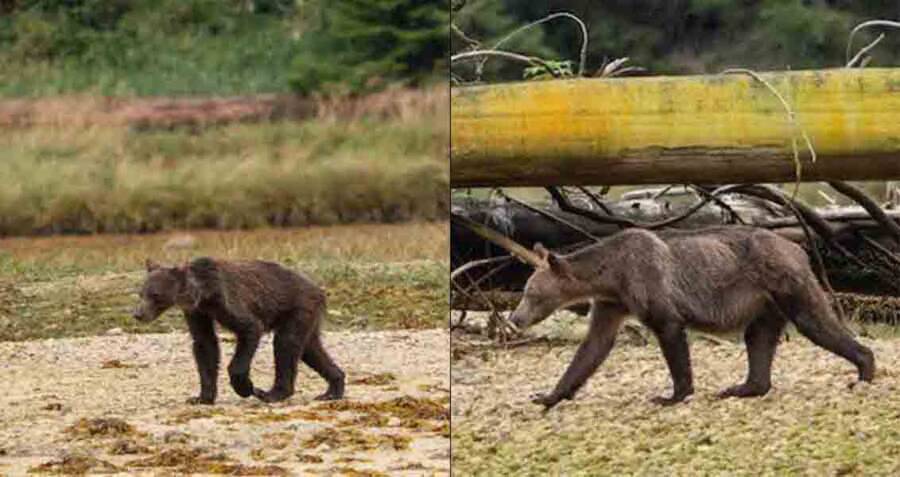 Tourists flock to Canada’s Knight Inlet every year to glimpse the grizzly bears hunting pink salmon in the river, stocking up on fat before it’s time for them to hibernate.

But climate change and salmon-farming have severely depleted the local salmon population. In British Columbia this summer, 5 million sockeye salmon were expected to return and spawn, but only 600,000 came — and local grizzly bears are bearing the brunt of it.

CNN reports that locals and tourists have spotted emaciated grizzly bears at Knight Inlet, north of Vancouver. Conditions have become so severe that the Mamalilikulla First Nation orchestrated a salmon feeding operation to provide food for the starving bears.

The Mamalilikulla tribe has been monitoring the health condition of the bears for several years, specifically those in Hoeya Sound and Lull Bay. Lately, things have taken a sharp turn for the worse.

“They have drastically changed within a couple months,” the tribe’s guardian watchman manager Jake Smith told CNN. “The bears are in trouble.”

Wildlife photographer Rolf Hicker recently shared heartbreaking images of the area’s scrawny grizzlies. “I have no idea how she would make it through the winter without salmon,” Hicker wrote beside one image he posted on Instagram. “I sure prefer to show you beautiful nice wildlife and nature pictures but it is important and my duty as a photographer to show you this side too.” 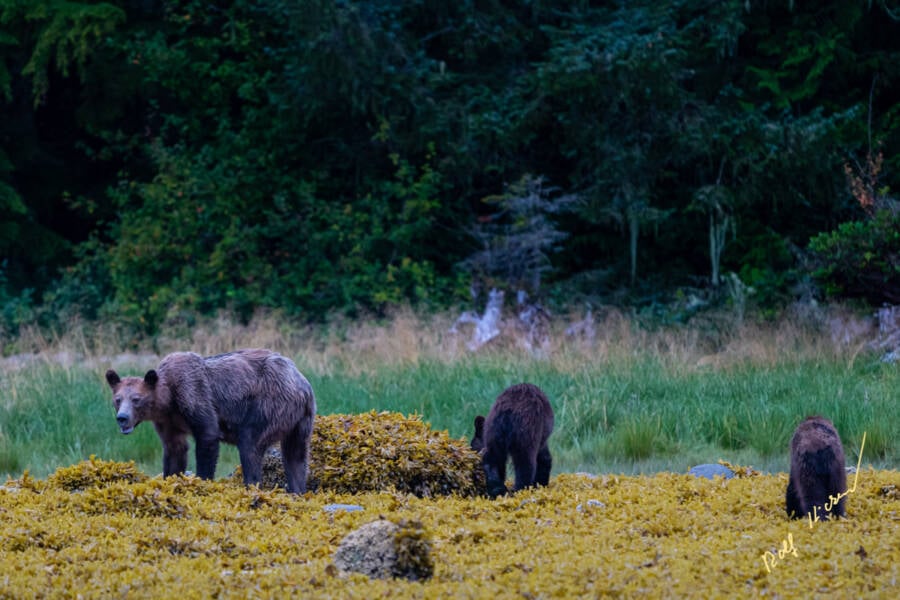 Not all the bears Hicker has seen have been quite as thin, but the majority of them do look unhealthy.

Smith and his trime took extreme measures to help the grizzlies survive the winter. He arranged for volunteers to distribute 500 pink salmon fish — donated by A-Tlegay Fisheries Society on Vancouver Island — along the shorelines where the bears would be searching for food. The bears ate the fish right away.

“I’ve never heard of us ever doing something like this so it’s quite groundbreaking,” said Ernest Alfred of the Namgis First Nation. “But at the same time I’m quite conflicted because I’m a big believer in just letting nature take its course…This to me would be a very extreme measure taken to try to help our ecosystem.”

Evidence of the deteriorating salmon population is not only apparent in the grizzly bears’ appearance, it’s also reflected in their behaviors.

“We haven’t been really noticing any salmon up here. So we’ve been noticing that [the bears] have been getting skinnier and skinnier and getting more aggressive. They’ve been swimming out of Knight Inlet,” Smith said.

Sightings of grizzly bears in Swanson Island, which is about an hour’s boat ride from Knight Inlet, and Vancouver Island, which is even further, indicate that the animals have been forced to travel great distances in search of food.

In 2017, the escape of thousands of Atlantic salmon from a fish farm into the Pacific made headlines.

“They were approaching our camps, and we are seeing them in areas we rarely ever see bears,” said Rick Snowdon, owner of tour company Spirit of The West, which takes tourists to Swanson Island for camping trips and kayaking.

Local scientists and members of the First Nations believe the driving force behind the salmon’s decline is Canada’s warming temperatures and its growing number of salmon farms.

“Everywhere in the world where there is salmon farming you have a decline in the wild salmon population,” said biologist Alexandra Morton, who has been researching the effects of farming for the past 30 years.

While the feeding deliveries won’t solve the ongoing salmon crisis, it will at least help sustain the bears before their winter hibernation. Until then, more loads of salmon distribution may be coming.

Next, see the shocking photo of a stick-thin polar bear struggling to find food in the Arctic and learn why the world’s rarest ape is on the brink of extinction.