For a growing segment of India's nationalists, Gandhi is seen as a villain rather than a hero. 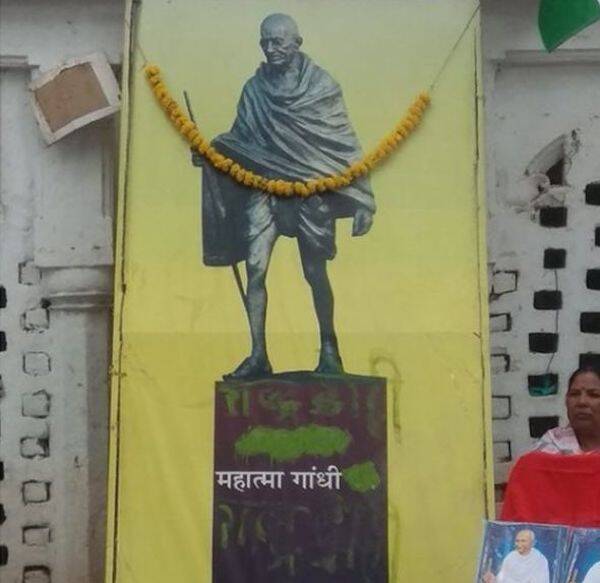 BBCThe memorial was defaced with “deshdrohi”, or “traitor,” written in green paint.

On what would have been his 150th birthday, vandals defaced a memorial to Mohandas K. Gandhi (or Mahatma Gandhi). “Traitor” was scrawled in neon green across his picture, and according to The New York Times, some of his ashes may have been stolen.

Authorities in central India’s city of Rewa believe it was an inside job. No evidence exists of forced entry, while the paint used to vandalize Gandhi’s image was being used by workers at the memorial.

While the urn containing Gandhi’s ashes has also been reported missing, it currently remains unclear whether it was looted or simply got moved elsewhere years ago. According to CBS News, police aren’t entirely convinced it’s been stolen.

“We are not investigating the case of missing ashes or the urn,” said police superintendent Abid Khan. “Gurmeet Singh has written so in the complaint. He will have to tell us where was the urn.”

As for suspects, Rewa’s inspector general of police Chanchal Shekhar said detectives were taking writing samples from those who worked at the memorial to identify potential suspects.

A Sky News Australia segment on the potentially stolen ashes.

This isn’t the first time Gandhi memorials have been defaced as India navigates strong sectarian tension. Prime Minister Narendra Modi’s Hindu-nationalist government has inspired crimes like these, espousing the same kind of ferver that led to Mahatma Gandhi’s assassination in 1948.

Hindu-nationalists have even built statues to Gandhi’s killer, Nathuram Godse, in various parts of the country. In June, a Gandhi statue in eastern India was decapitated.

For this particular incident, police have registered a case alleging “imputations, assertions prejudicial to national integration,” “intentional insult with an intent to provoke the breach of peace,” as well as “statements conducing public mischief.” As it stands, there appear to be few promising leads.

“We have filed a case against unknown persons; the investigations are underway but there is no progress so far,” said Khan. 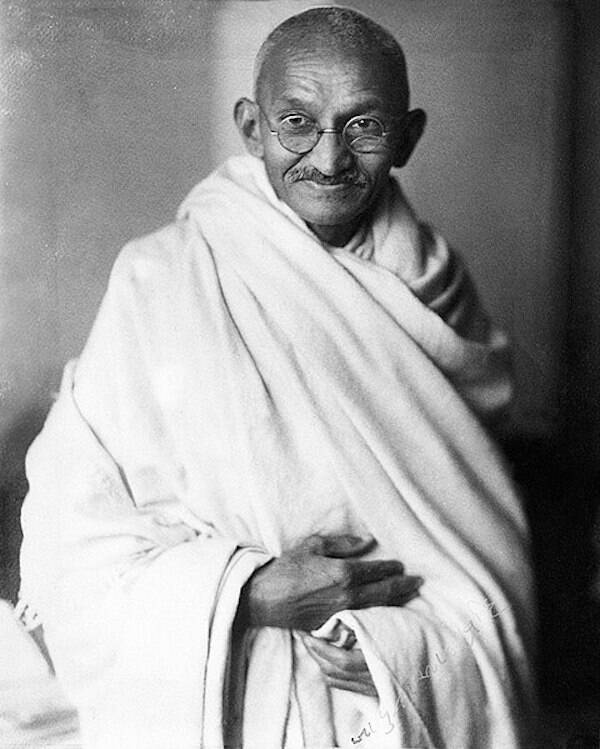 Wikimedia CommonsAfter he died, Mahatma Gandhi’s ashes were dispersed among numerous memorials across the country. The urn at Rewa has either been stolen or moved, and has yet to be found.

After his death, Gandhi’s ashes were dispersed around the country to various memorials. The upper-caste lawyer mobilized millions of his countrymen to peacefully protest British rule throughout the 1930s and 1940s.

According to leading Gandhi historian Ramachandra Guha, author of Gandhi Before India, Hindu-nationalists have long despised the man considered the father of the modern Indian state. He believes Modi’s Bharatiya Janata Party has invigorated this group in recent years and that “they have become more emboldened.”

“It’s worrying,” said Guha. “Gandhi is our greatest export. Gandhi is to India what Shakespeare is to England.”

Indeed, Gandhi’s form of protest not only inspired Martin Luther King Jr. and Nelson Mandela but laid the foundation for considerable parts of Asia and Africa to strive for independence. Nonetheless, Hindu nationalists remain angered at his work for Hindus and Muslims to be treated as equals within India.

Hindus comprise the country’s majority at around 80 percent, while Muslims constitute 14 percent of India’s population. 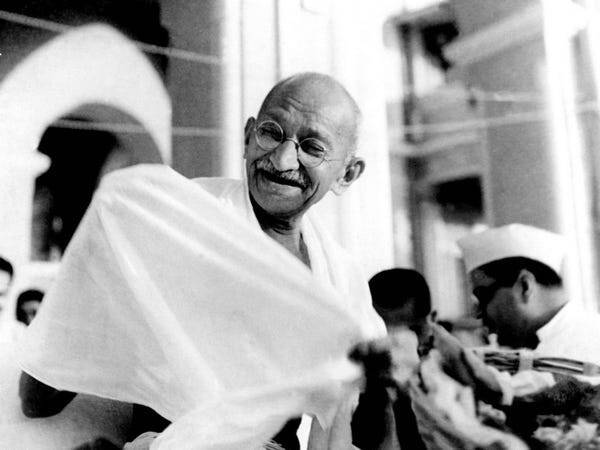 Wikimedia CommonsGandhi is known as “the father of the nation,” though India’s far-right has long seen him as a Muslim sympathizer who wrongfully attempted to assimilate them with Hindus.

For Ram Kirti Sharma, an activist with the Indian National Congress, this week’s incident has left him viscerally distraught. He said that while Gandhi has been long dead, today “people want to kill his ideas.”

“I just couldn’t believe my eyes,” he said. “This can only happen in today’s India. It is sad, I feel disgusted, angry, but also frightened.”

Gandhi’s great-grandson Tushar Gandhi’s statement is arguably the most saddening:

After reading about the defacing of this Mahatma Gandhi memorial, learn Gandhi facts and quotes that reveal his hidden dark side and about the escalating conflict between humans and elephants in rural India.