When Bruce Campbell moved into his new log cabin in 1994, the basement was littered with mysterious, dusty tapes. He paid them no mind for 15 years before realizing what he'd had on his hands. 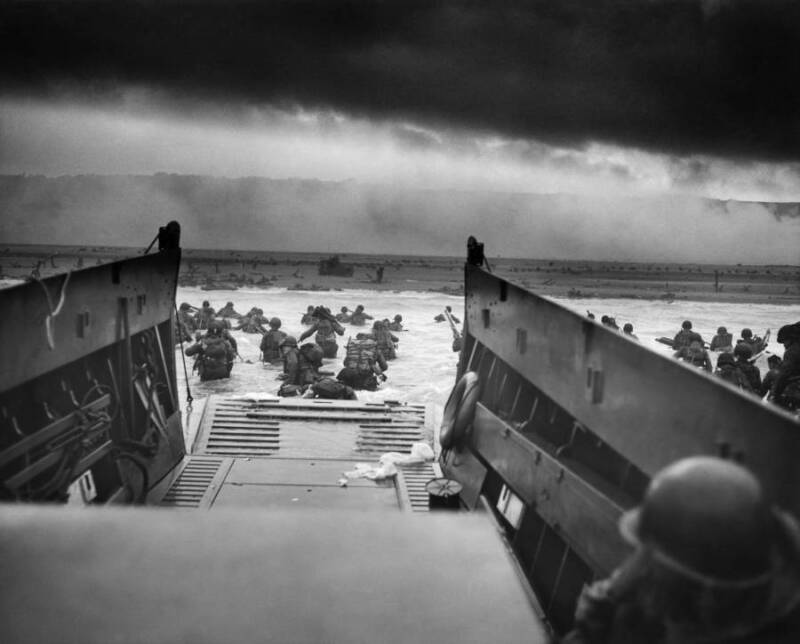 “Here we go again; another plane’s come over!” reporter George Hicks yells as anti-aircraft fire erupts in the background. “Right over our port side. Tracers are making an arc right over our bow now,” the radio correspondent warned. “Looks like we’re going to have a night tonight. Give it to them, boys!”

It’s hard not to be transported right back to June 6, 1944 when listening to Hicks’ historic recordings captured from inside a landing vessel on D-Day. This momentous 13-minute artifact sees Hicks narrating from a ship off the coast of Normandy as Nazi aircraft continuously swoop down and attack.

According to The Washington Post, the tape was discovered as part of a 16-tape collection in a Mattituck, New York log cabin by Florida researcher Bruce Campbell as early as 1994 — though he was entirely unaware of what he’d accidentally found for a full 15 years.

Only when he partnered with an English electrical engineer and antique audio machinery expert did he realize the true weight of his find. While the audio has long been available for public consumption, the master tapes have firmly remained in Campbell’s personal possession — until now.

After a decade of holding onto this invaluable historical document, he’s now donated it to the Bedford, Virginia National D-Day Memorial.

Campbell personally drove from his home to Virginia to deliver the sensitive materials to the memorial foundation’s director of education, John Long. The batch includes recordings of every single report Hicks made before, during, and after D-Day.

Campbell’s collection also includes recordings from Edward R. Murrow and other notable World War II journalists as well as parts of the vintage tape recorder used to capture these moments. Campbell said that the memorial’s officials “freaked out” when they realized what they now had on hand.

“Imagine if someone found recordings of the Battle of Yorktown or Gettysburg,” explained Long.

“I came across this stuff that says, 1994, VJ Day, all these different things from the war. I put them all in a plastic bag, [thinking] ‘These gotta be something, I’ll look at them another day.’…I put them away, and life went on.” — Bruce Campbell, recalling the initial find.

It’s hard to fathom that these items were merely strewn about a log cabin’s basement for years without anybody noticing what was right in front of them. But when Campbell finally listened, he was left in awe.

“I’m listening to this, and I feel like I’m standing on the battleship with this guy,” he said of his first time listening to the tape. “It made my hair stand up… This is the original media and masters it was actually recorded on.” 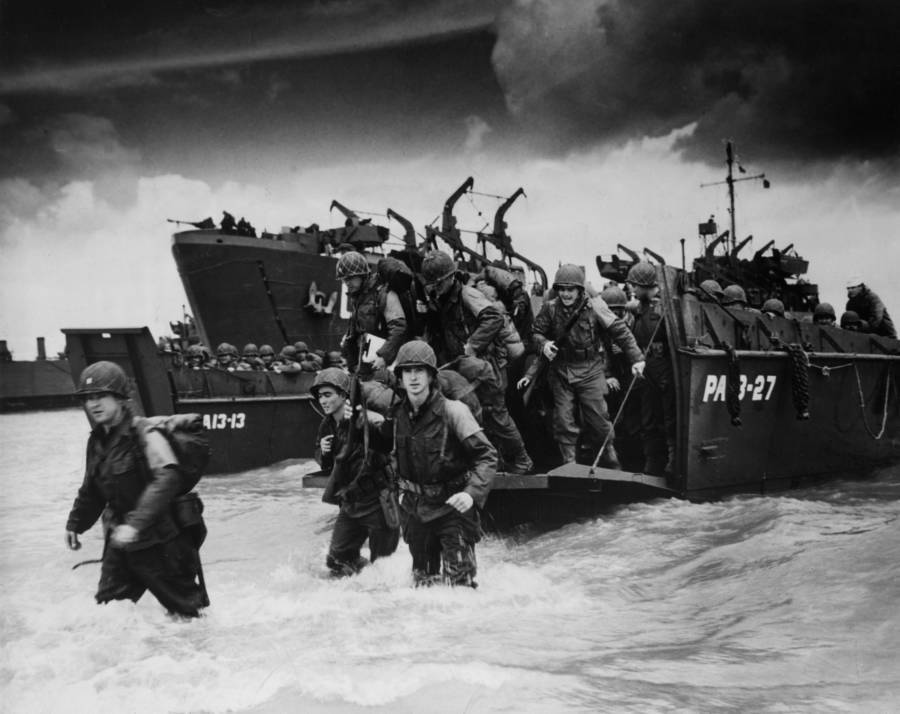 Hulton Archive/Getty ImagesReinforcements disembark from a landing barge on the beaches of Normandy on D-Day.

The memorial foundation’s president, April Cheek-Messier, is now beyond thrilled at safeguarding this new addition. While Hicks’ broadcast has been well known to history buffs for quite some time now, “these are the originals,” she explained. 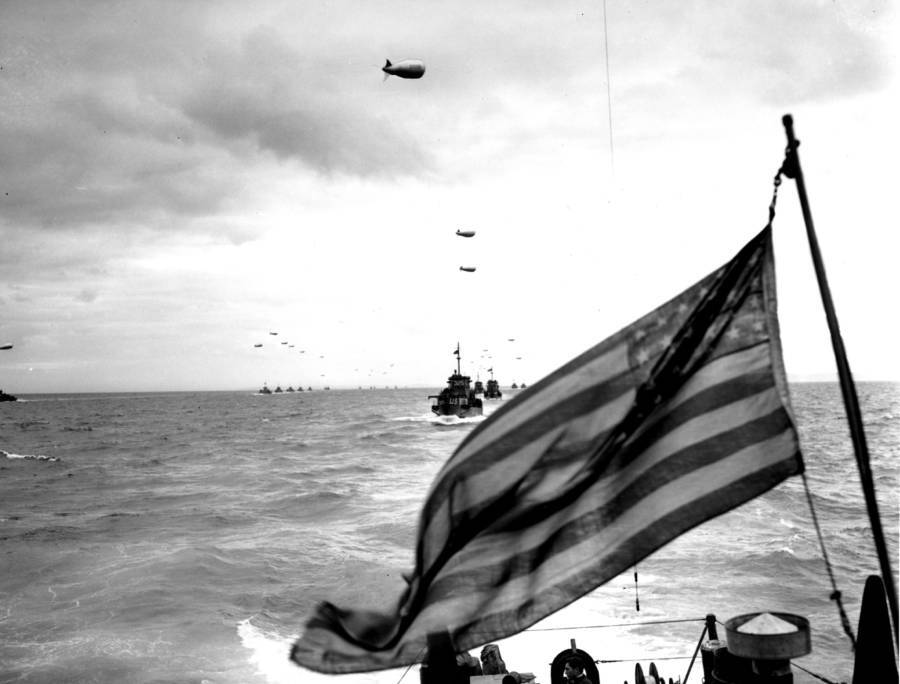 The recordings were made mid-battle while 38-year-old George Hicks worked for ABC’s predecessor, Blue Network, and was stationed on the USS Ancon. The vital communications ship was using a Recordgraph at the time, an early tape recorder that was later used at the Nuremberg trials.

He captured the loud, roaring aerial attacks of June 6, 1944 so viscerally that the resultant soundscape is more engrossing than most movies on the subject. The back and forth between informative reporting and humanizing moments of respite provide a clear picture of the time and place:

“If you’ll excuse me, I’ll just take a deep breath for a moment and stop speaking… Something is burning and falling down through the sky. Circling down. May be a hit plane.” — George Hicks

“They got one!” Hicks is heard screaming shortly after. “They got one… A great blotch of fire came down and is smoldering now just off our port side in the sea. Smoke and flame there.”

Not only is there audio of D-Day, but video footage of the fateful events of June 6, 1944 still exist as well.

Hicks and his reporting became a sensation back in the United States. Played on radio stations across the country, it served to inspire millions of Americans and let them know their troops were making headway in the fight against Hitler.

It was also a harrowing primary source of evidence that the public rarely, if ever, got to experience. certainly felt this way a few weeks after it hit the airwaves.

“I believe this will be regarded as one of the greatest records of the whole war,” said New York columnist Zoe Beckley. “If you heard it, it probably left you limp.”

Ultimately, Hicks became a beloved legend with regular speaking engagements lined up and a Hollywood Walk of Fame star cementing his contributions. Inevitably, radio gave way to television and the Recordgraph quickly fell out of use. As for Hicks, he died in his New York City home at 59 in 1965.

Nearly 30 years later, Campbell — then a chocolate factory machinery mechanic — bought an old cabin when his wife’s pregnancy caused him to search for a more spacious home.

That home’s former resident, Albert Stern, was Vice President of Frederick Hart & Co, which manufactured the Recordgraph. The basement was thus filled with dusty tapes from his old company — most notably, the Hicks reports. 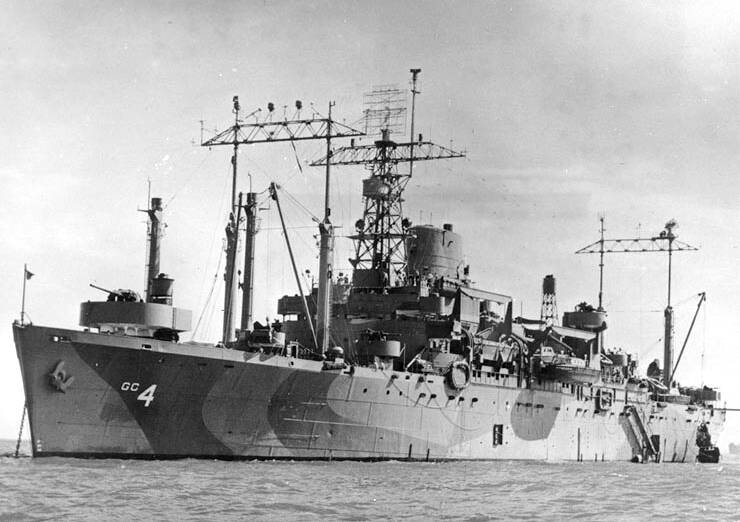 Wikimedia CommonsA key communications ship, the USS Ancon was under fire fro Nazi aircraft when George Hicks bravely reported on the events. His reporting became a sensation on American radio soon after.

Campbell had no way of listening to the tapes and was unfamiliar with the outdated technology. Eventually, he found electrical engineer Adrian Tuddenham of Bristol, England in 2004 and finally heard the audio for the first time. Campbell said “the hair on my arms stood on end. It was unbelievable.” 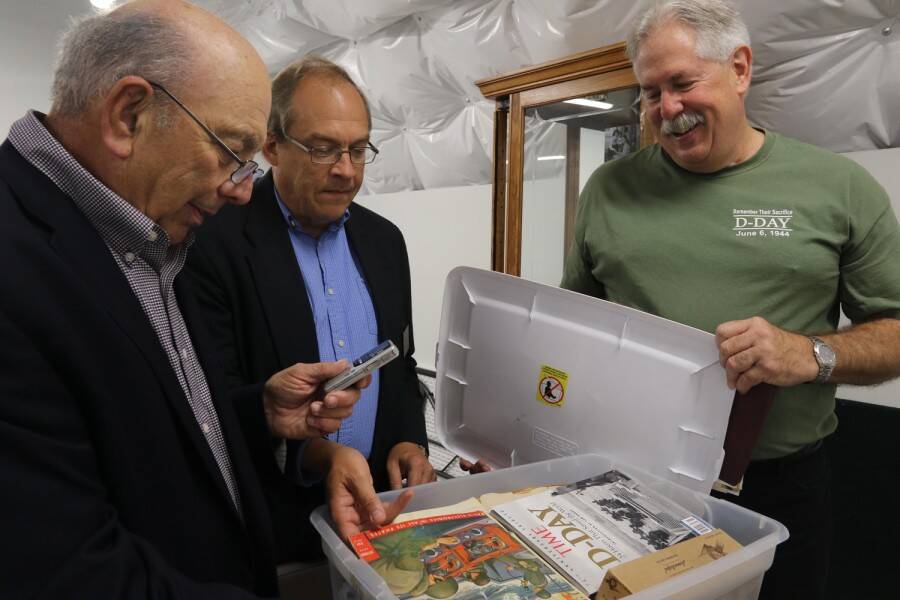 When both the Library of Congress and Britain’s Imperial War Museum asked for him to donate the tapes, he declined. He initially tried to sell them, but nobody made an offer.

“Everyone probably thought it was fake,” Campbell said.

Only when the 75th anniversary of D-Day was celebrated earlier this year, Campbell said, he felt a sense of clarity regarding his responsibilities. “That’s the place,” he explained, recognizing the materials belonged in the National D-Day Memorial.

At last, George Hicks’ original master tapes have been secured for history. His final statements, filled with exhaustion and melancholy, can now be maintained for the public forever:

After learning about the George Hicks D-Day audio recordings, listen to the only known recording of Adolf Hitler speaking in private. Then, learn about James Doohan, the Star Trek actor who was a hero at D-Day.