It took six hours and $400,000 to move the historic building six blocks. 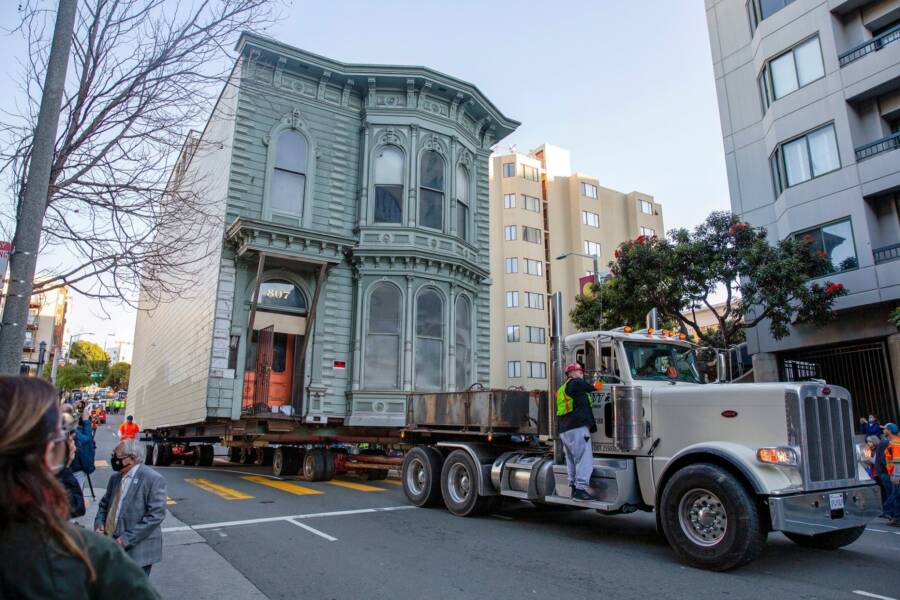 FacebookThe house was placed onto a truck with a remotely-operated hydraulic dolly.

For early risers in San Francisco, the morning of February 21 was a little different than usual, as many noticed a complete house floating by through the city streets. But this was no dream or hallucination — a team of workers actually managed to uproot and transport a 139-year-old home in one piece to a new location nearby.

According to BuzzFeed News, the Herculean effort to move the historic home required more than a year of planning. Street lights and power lines had to be removed and parking meters were torn out in order for the Victorian home known as the Englander House to reach its final destination.

Footage of the 139-year-old Englander house being moved.

At 7:20 a.m. on Sunday, baffled onlookers snapped photos and murmuring crowds followed the house from 807 Franklin Street to 635 Fulton Street. According to SF Gate, the Italianate-style home was moved by truck with a remotely-operated hydraulic dolly. It was the first time in 45 years that a Victorian home in San Francisco was relocated like this.

“It’s the most excitement I’ve had in 10 years,” local spectator Camilla Blomqvist said. “What if it topples?” Luckily, all went well. 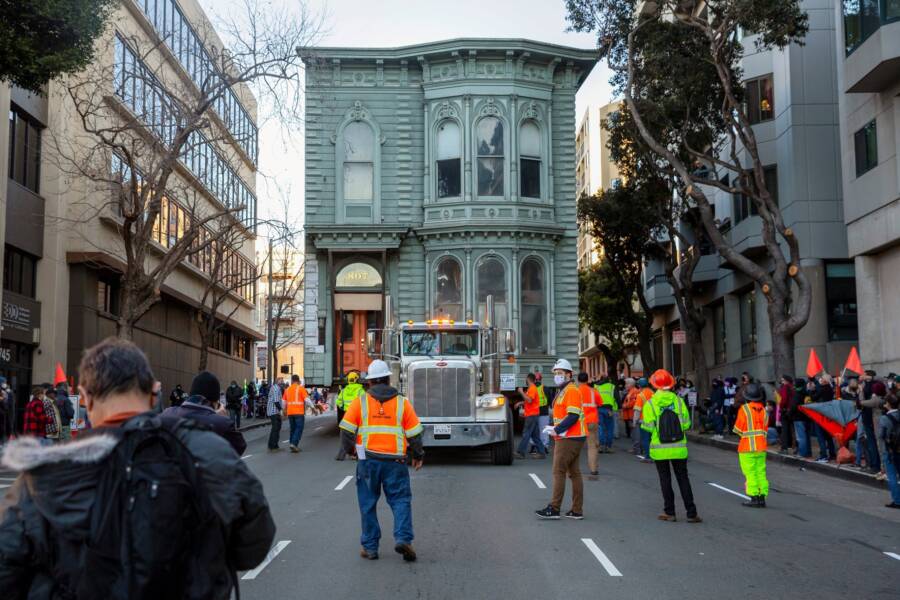 With a custom design and 5,000 square feet of space, the home is certainly one to behold. Those familiar with Victorian architecture will note that this house wasn’t built in a templated style but designed with a personal flourish, instead. It all began in 1869, with a German architect named Wildrich Winterhalter.

After moving to San Francisco in 1869, the immigrant began constructing expansive brick breweries for fellow German clients. He also designed homes for those who sought him out, with the recently relocated Victorian home being one of four that are still standing in San Francisco today.

“It was an architect-designed house, no doubt,” said realtor Ian Berke who listed the home in 2013. “There’s all this lavish detail. Elaborate moldings, cornices, a gorgeous staircase, and beautiful banisters. It’s amazingly intact, though it was in awful condition. It’s a great and important piece of architecture.”

The house was built in 1882 for Max Englander, who owned a drayage company with his son Aaron. The property was later abandoned and fell into disrepair until it was purchased in 1990. The owner lived there until 2013 when he declared bankruptcy. 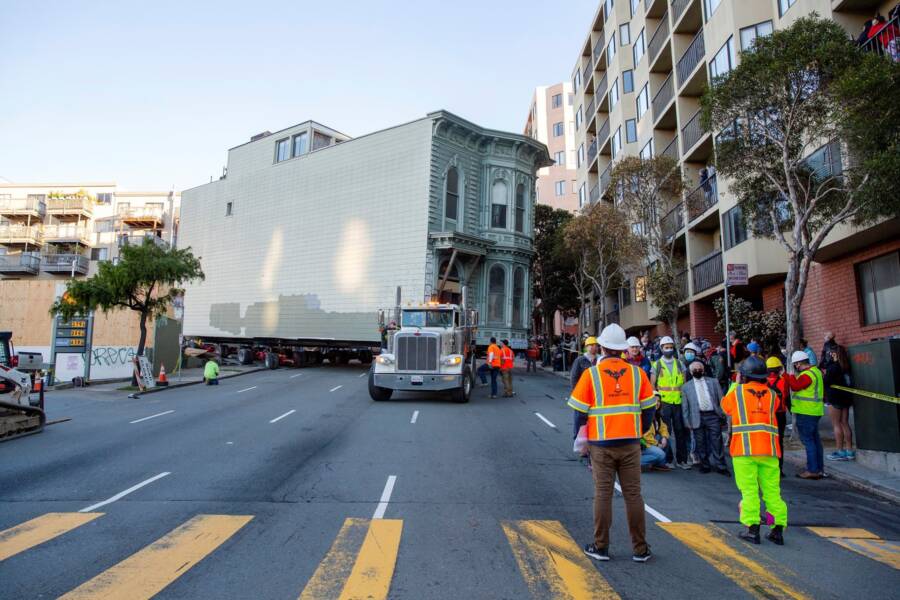 The 75-foot lot the house previously sat in will be turned into a 47-unit apartment complex and was purchased for $2,650,000.

Moving houses, meanwhile, isn’t as rare as one might think. San Francisco properties were typically made of redwood, which is fairly light and easily movable. With a city in constant flux, it wasn’t uncommon for properties, both historic and new, to be relocated. In 1900, there were 19 moving companies that specifically offered to transport homes from one address to another. 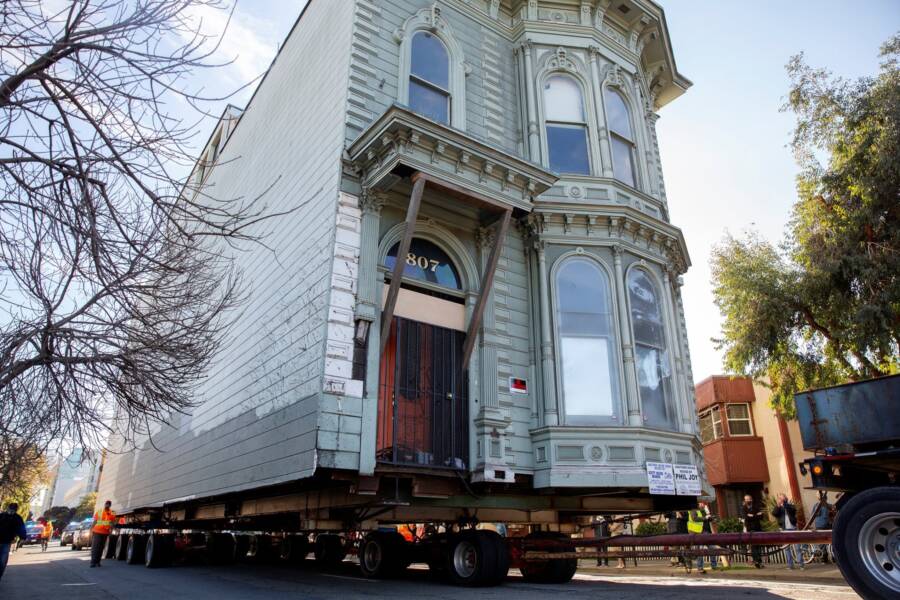 FacebookCrowds were captivated by the scene as it was unclear whether the house would safely arrive at its final destination.

Fortunately for those of us forced to watch this spectacular event from afar, the San Francisco Historical Society captured the entire process on film for educational purposes. While there’s no set release date yet, patience seems to be an integral part of this story as a whole.

After all, preparations to move this house began in 2019. Hopefully, residents of the impending apartments on Fulton Street will appreciate what a tremendous journey their building underwent to provide them with their new home.