Inside The Chilling Murder Of Pregnant 19-Year-Old Erin Corwin

Erin Corwin thought her lover Christopher Lee was going to propose to her on June 28, 2014 — but instead, he strangled her and threw her down a mine shaft near Joshua Tree National Park. 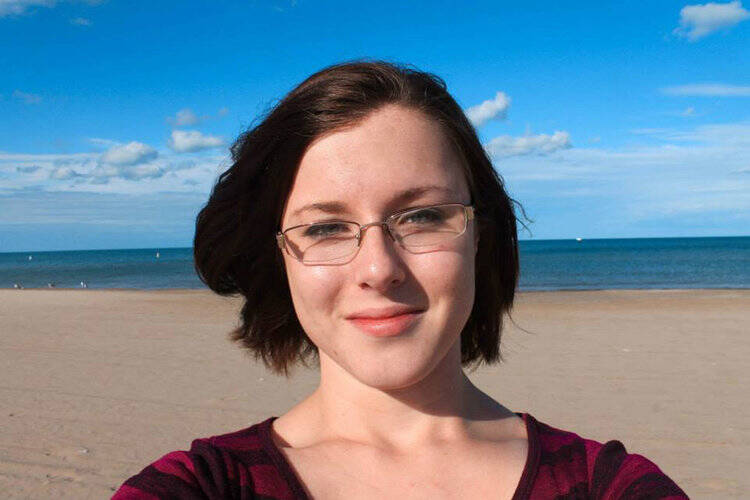 FacebookErin Corwin, seen here not long before her murder in a photo posted on her Facebook.

On June 28, 2014, Erin Corwin disappeared from her home near Joshua Tree National Park in California. Right up until that fateful day, her life seemed happy, at least from the outside.

The 19-year-old Corwin was newly pregnant and had recently married her high school sweetheart, Jon Corwin, a decorated Marine. But beneath the surface of the expectant mother’s seemingly idyllic life was a secret — one that would prove deadly in the end.

The baby she was carrying didn’t belong to her husband, but instead to her longtime secret lover, Christopher Brandon Lee. And after she vanished and her body was found at the bottom of a mineshaft a week later, it was Lee who would ultimately confess to her murder.

This is the tragic true story of Erin Corwin, the young woman whose secret affair cost her her life.

Born Erin Heavilin in Oak Ridge, Tennessee, Erin Corwin lived a stereotypically “all-American” life. She met her future husband, Jon Corwin, when she was still in grade school. They began dating when Erin was just 16 years old, and in proper fashion, Jon even asked permission from Erin’s parents before officially dating her.

In November 2012, the pair were married. Less than a year later in September 2013, Jon and Erin Corwin lighted out to the Marine base in Twentynine Palms, California, best known as the home of Joshua Tree National Park. There, the couple quickly became friends with other military couples, including Conor and Aisling Malakie and Christopher Brandon Lee and his wife Nichole.

And it didn’t take long for the three pairs of couples to become friends. “While their husbands were on duty, Erin, Aisling, and Nichole would stop by each other’s apartments for snacks and gossip,” wrote Shanna Hogan in her book, Secrets of a Marine’s Wife. “When Jon, Conor, and Chris were home, the couples barbecued on the grill outside their complex or watched movies and TV shows at each other’s apartments.”

Despite this seemingly idyllic rhythm, it didn’t take long for things to go horribly wrong for everyone involved.

Like many newlywed couples, Jon and Erin Corwin frequently argued over money. They would often accuse the other of overspending, and their disagreements would often end in screaming matches. But when Erin got pregnant for the first time, the fighting seemed to stop — until she miscarried shortly after discovering she was pregnant. With Jon unable to console his clearly devastated wife, the Corwins began to drift further apart.

The Lees, too, were going through trials and tribulations of their own. While Christopher Brandon Lee, on the surface, seemed to be a perfect candidate for the Marine Corps, the reality was much different.

“At least once, he was reprimanded by a commanding officer for using the rifles and rocket launchers like they were toys. Over time, Chris gained a reputation for being rash and reckless,” wrote Hogan.

Erin Corwin and Christopher Lee began spending more time together away from the rest of the group — and away from the watchful eyes of their respective spouses. Before long, the pair were having an affair, and Erin turned up pregnant again — but this time, the baby belonged to her lover, not her husband.

On the last day anyone would see her alive, Jon Corwin recalled the brief, but loving, conversation he had with his wife. “She had woke up and gotten dressed and gave me a kiss goodbye,” he said. She s”aid, ‘Hey, I’m heading out for the day and I love you.’ I told her, ‘I love you too,’ and I rolled back over and went to sleep.” 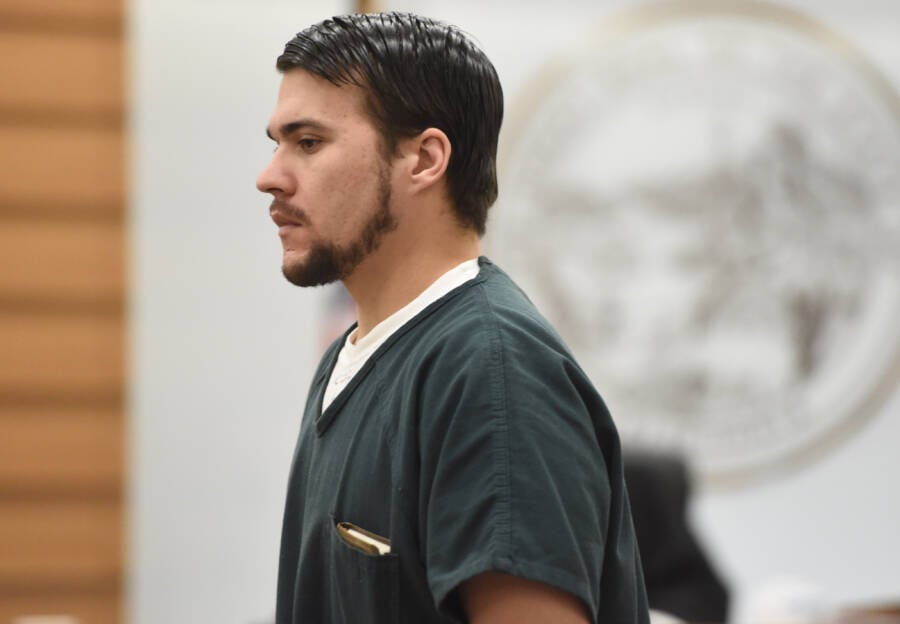 John Valenzuela/GettyChristopher Brandon Lee enters the court room where he was sentenced to life in prison without the possibility of parole for murdering Erin Corwin.

On June 28, 2014, Erin Corwin disappeared, never to be seen alive again. Shortly thereafter, Christopher Brandon Lee took his wife and daughter to Alaska, where they presumably wanted to live for the rest of their lives.

Initially, Erin’s mother believed her daughter may have just gotten lost in the vastness of the Joshua Tree National Park — but quickly disabused herself of the notion when Erin’s abandoned car was found outside the park a week later.

It took two months for Erin’s body to be recovered, which would ultimately prove to be down an abandoned mineshaft, strangled to death with a handmade garrote. Though Erin Corwin told her friends and family she was pregnant — and that Lee was the father — her body was so badly decomposed that the medical examiner could not confirm her pregnancy.

Shortly after her body was found, Christopher Brandon Lee was arrested in Alaska in August 2014. While he initially pleaded not guilty to the crime, he eventually confessed to killing his former lover in August 2016 — but insisted that it was because she was molesting his daughter, a claim that has never been substantiated.

“I made the decision to kill her,” he said. “I was controlled by the anger. The hate I felt that day, [it] was something I never want to experience again.”

In November 2016, Christopher Brandon Lee was found guilty of first-degree murder in the death of Erin Corwin. He was sentenced to life in prison without the possibility of parole. Lee appealed his case in 2018, but the California Supreme Court denied it outright, citing Lee’s false claim of molestation as their reasoning. He remains behind bars to this day.

Now that you’ve read all about the case of Erin Corwin, learn about Jacob Stockdale, who appeared on Wife Swap in 2008 — and ultimately murdered his mother and brother. Then, read all about Paul Snider, the man who murdered Playboy Playmate Dorothy Stratten.