"Besides planting trees, besides coming together to do something good for our country, it was a national unity. Everywhere, everyone was doing it - starting from very young age to the older age." 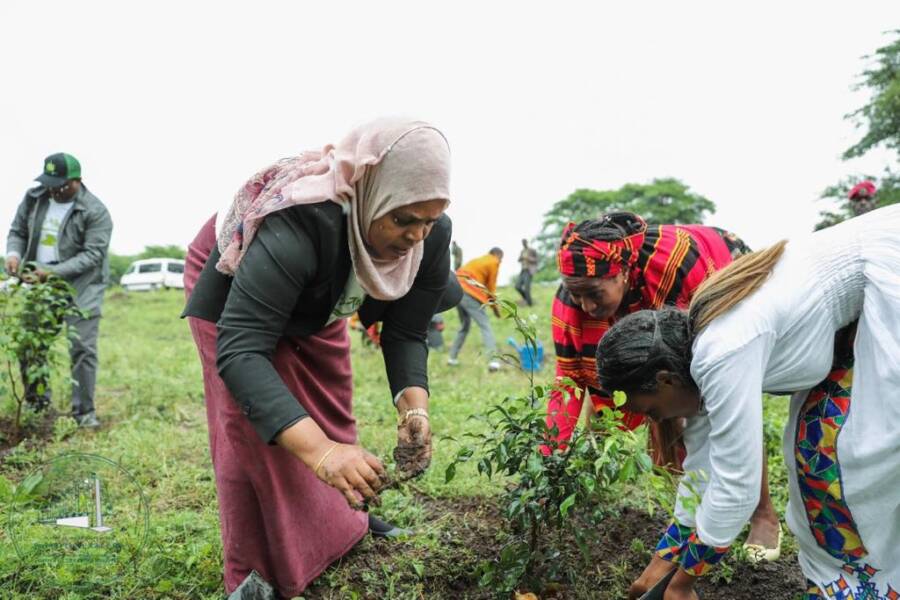 @PMEthiopia/TwitterMillions of Ethiopians broke the world record after planting 353 million seedlings in under 12 hours.

As countries around the world try to fight back against climate change, Ethiopia has just launched a campaign that certainly sets them apart from the pack. As part of the country’s Green Legacy initiative, Ethiopians planted a whopping 353 million tree seedlings nationwide in just 12 hours last week, which is believed to be a world record.

According to CNN, Ethiopian Prime Minister Abiy Ahmed spearheaded the tree-planting campaign, part of a larger reforestation effort among African countries to restore 247 million acres of land that has suffered from soil erosion, land degradation, deforestation, and severe weather conditions such as flooding and droughts.

In Ethiopia, millions of people across the country took part in the tree-planting efforts that far exceeded the initial goal of 200 million. 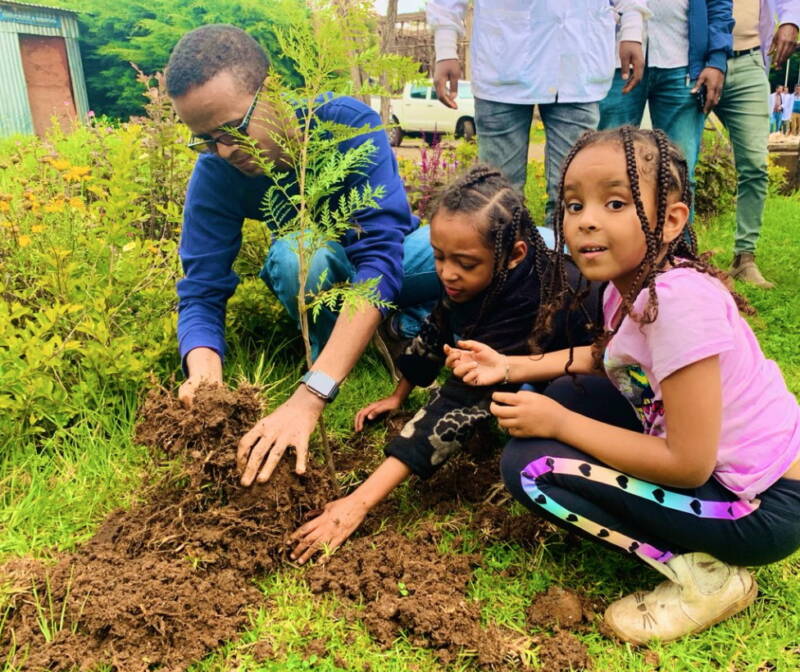 “I was very sure that I don’t want to miss out, and I want to put my legacy as well on the ground,” Feben Tamrat, who planted her seedling near the African Union headquarters in Addis Ababa, told NPR.

“Besides planting trees, besides coming together to do something good for our country, it was a national unity. Everywhere, everyone was doing it – starting from very young age to the older age.”

Even the country’s top officials got down and dirty during its race to re-forest before taking to Twitter to show off some of the newly-planted trees.

“#GreenLegacy is a vision for the next generation. It is creating a blueprint for them and showing them the way,” tweeted Ethiopian Minister of Health Amir Aman. 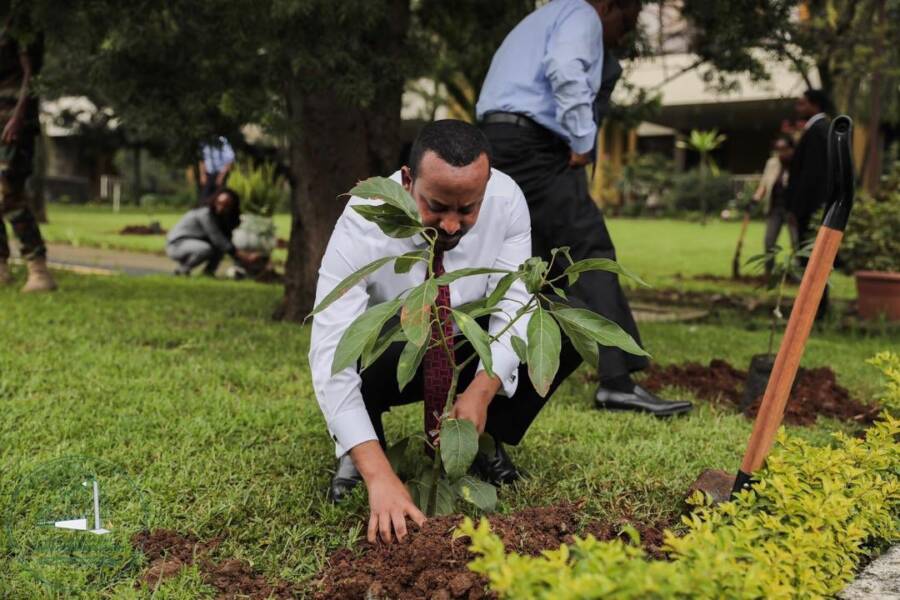 But these 350 million trees were just the beginning. According to his Twitter, the prime minister has kept up his promise to maintain the Green Legacy initiative with more communal planting in the days following the successful launch.

Recently, he was joined by former president of Liberia Ellen Johnson Sirleaf to plant more seedlings around his administration’s compounds.

The Ethiopian government plans to continue its successful tree-planting campaign with an even bigger goal in mind: They hope to plant a total of 4 billion trees before the end of the rainy season in October.

In addition, more than 20 African nations have joined efforts to reforest and rehabilitate 247 million acres of land by 2030 under the African Forest Landscape Restoration Initiative.

Being part of the initiative shows the Ethiopian government’s commitment to addressing the country’s growing environmental woes. The country’s forests have shrunken down to the point that they make up only four percent of its land, down from roughly one-third about a century ago.

And according to environmental experts, large replanting campaigns are our best bet to reduce carbon gas emissions.

“The amount of carbon that we can restore if we plant 1.2 trillion trees, or at least allow those trees to grow, would be way higher than the next best climate change solution,” climate change ecologist Tom Crowther told CNN.

And it looks like mass tree planting might be the next environmental trend. In 2017, India launched its own mass tree-planting campaign which set the original world record after 1.5 million volunteers planted 66 million trees in 12 hours.

In Pakistan, home to two of the most polluted cities in the world, new property owners are legally required to plant at least two trees.

With Ethiopia having now raised the bar for tree planting, who knows which countries might join in next.

Next, learn the story of Sebastião Salgado and his wife, Lélia, the Brazilian couple who successfully planted 2 million trees that grew into a new forest. Then, discover the story of Jadav Payeng, the Indian man who planted a forest on his own over the course of four decades.