The subject of "The Butler," Eugene Allen worked inside the White House for 34 years and served eight presidents — and finally got his due. 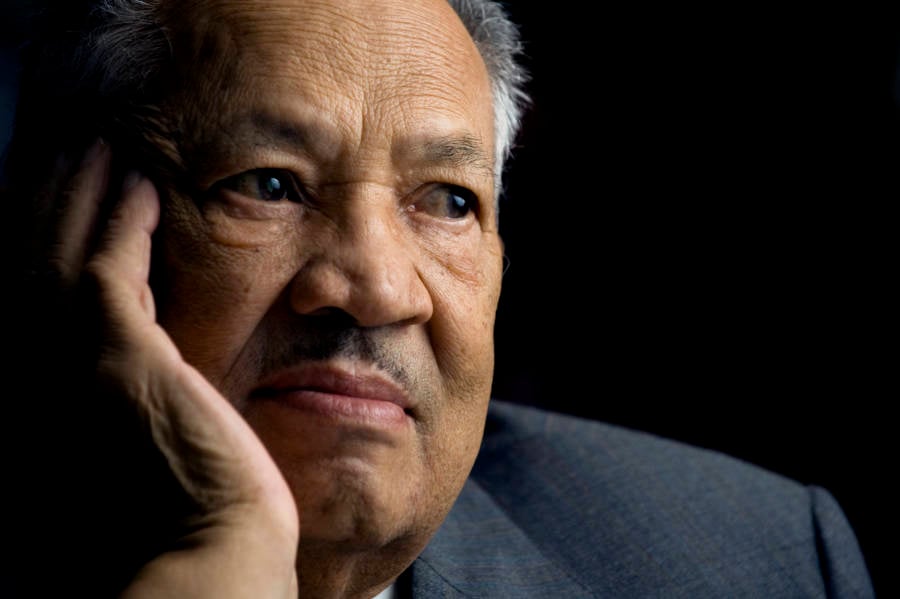 In a career spanning 34 years and eight presidents, Eugene Allen witnessed some of the most important moments in 20th-century American history — all from his unique point of view as White House butler.

Before The White House

At first, he though nothing of it, recalling, “I wasn’t even looking for a job, I was happy where I was working.” However, after meeting with the maître d’, he accepted a job at 1600 Pennsylvania Avenue as a “pantry man” in 1952 before soon being promoted to butler.

As a butler, Allen proudly recalled that he “Shook the hand of all the presidents I ever worked for.” And during the 34 years he worked inside the White House, he shook the hands of Truman, Eisenhower, Kennedy, Johnson, Nixon, Ford, Carter, and Reagan. 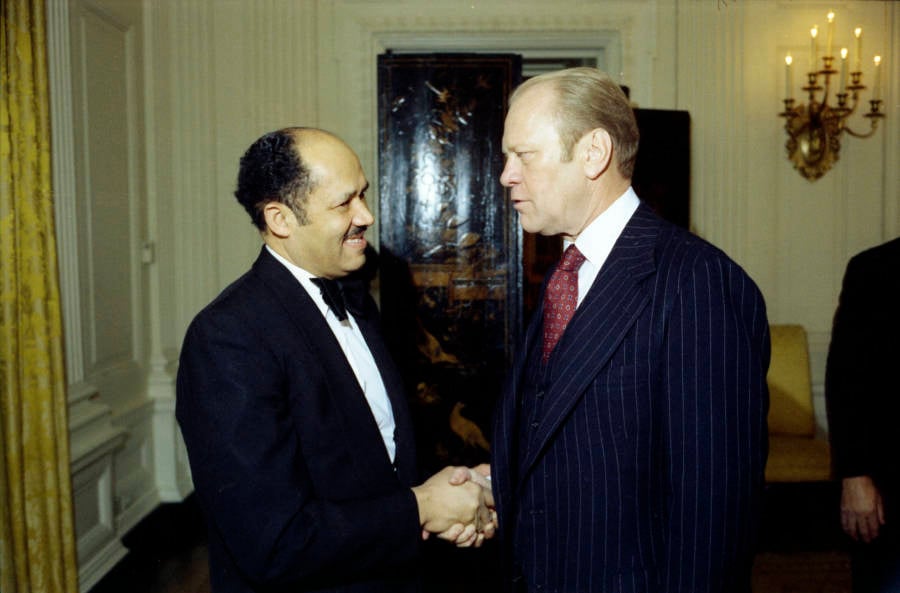 National ArchivesJust before his final departure from the White House, the outgoing President Ford shakes hands with Eugene Allen in the State Dining Room of the White House. Jan. 20, 1977.

As a White House butler, Eugene Allen was privy to private moments that extended far beyond handshakes (as depicted in the 2013 film The Butler, loosely based on his life). For one, Allen shared a birthday with President Ford, who would be reminded by his wife that “It’s Gene’s birthday, too!” before singing to her husband.

Meanwhile, Allen recalled that “Jack Kennedy was very nice” and was working on the day that the president was shot in 1963. Although he received an invitation to the funeral, he chose to work instead, declaring, “Somebody had to be at the White House to serve everyone after they came from the funeral.” Jacqueline Kennedy personally presented Allen with one of her husband’s ties, which he kept framed in his home.

A scene from The Butler depicting Cecil Gaines, the fictionalized version of Eugene Allen, and his response to the assassination of John F. Kennedy.

Beyond the intimate moments that he shared with various presidents, Eugene Allen witnessed a long list of important moments during his time at the White House.

Although Allen wouldn’t have even been allowed to sit next to his white employers on a bus in the segregated South, his unique position working next to the most powerful people in the country gave him a firsthand glimpse into the momentous decisions that propelled the civil rights movement. He was even there to witness President Eisenhower arguing with Arkansas Governor Orval Faubus over the desegregation of Little Rock schools in 1957. 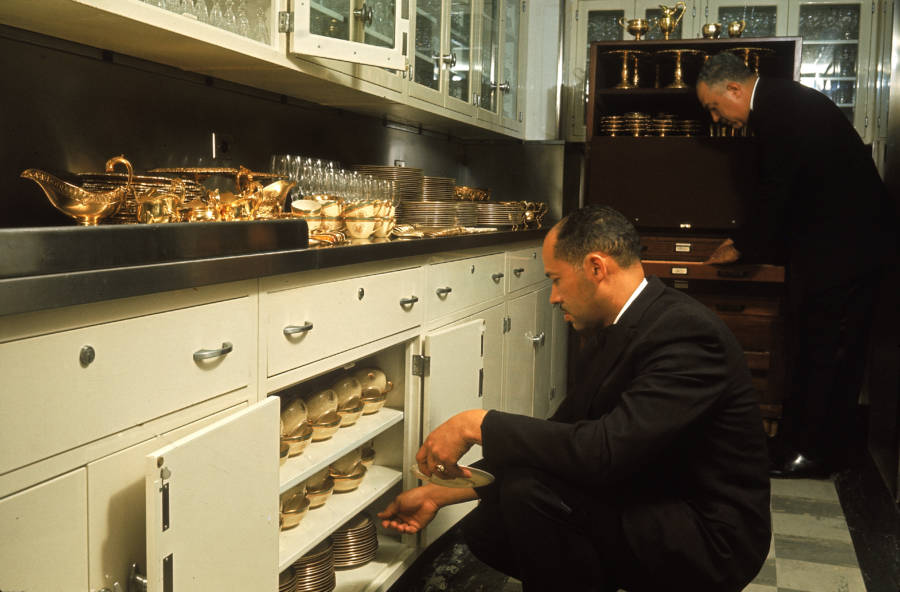 And when a crowd protesting the Vietnam War gathered outside the White House during Lyndon Johnson’s presidency, Allen served the president milk and scotch to help try and calm his nerves. He never spoke to Johnson about the war itself, except for when the president inquired whether the butler’s son (who was serving in Vietnam) was still alive. 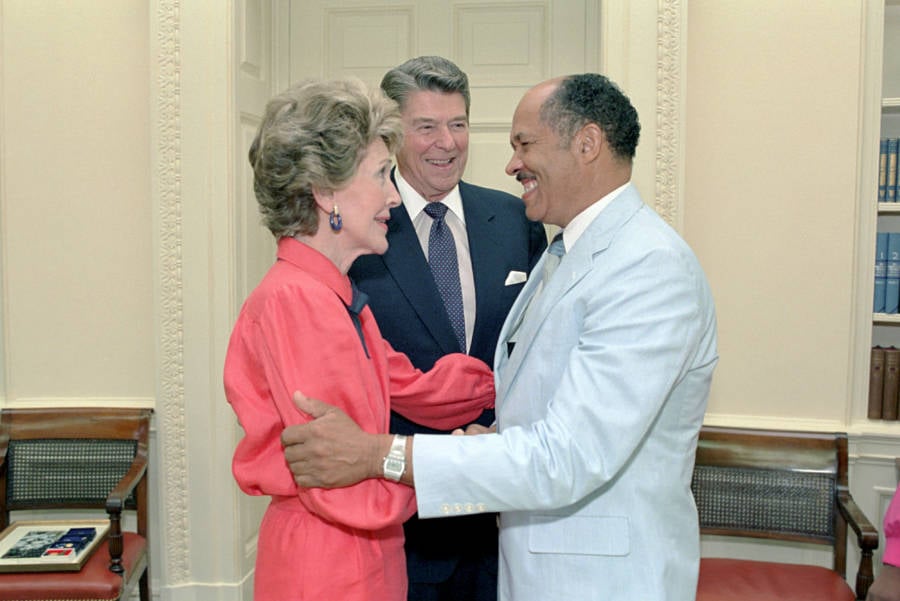 National ArchivesPresident Reagan and Nancy Reagan bid farewell to Eugene Allen upon his retirement from the White House. July 17, 1986.

When President Reagan hosted a state dinner for West German Chancellor Helmut Kohl, Allen was at first alarmed when he heard he would not be working that night, only to be informed by the first lady herself that he and his wife, Helene, were going to be attending the dinner as the Reagans’ personal guests. Allen delightedly recalled, “I believe I’m the only butler to get invited to a state dinner.”

Allen received another important invitation years after he had retired from the White House in 1986. In 2009, the former butler proudly attended the inauguration of Barack Obama and was escorted to his VIP seat by a Marine guard. Allen described the surreal experience saying, “In the 1940s and 1950s, there were so many things in America you just couldn’t do. You wouldn’t even dream that you could dream of a moment like this.” 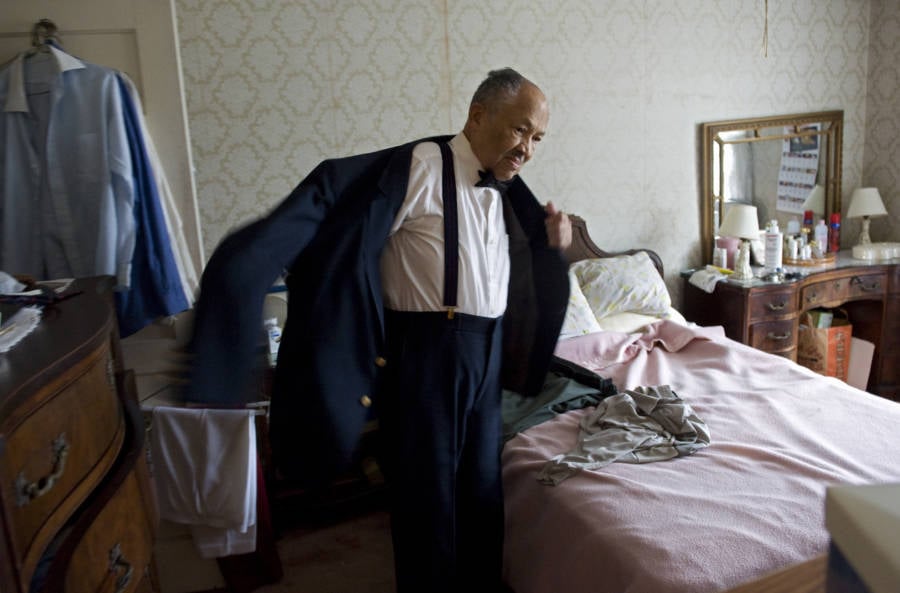 One year later, Eugene Allen died at the age of 90. Three years after his death, Allen’s name came back into the headlines thanks to the film The Butler, thus enabling his story to live on to this day.

After this look at Eugene Allen, discover the most interesting facts about all of the U.S. presidents. Then, see the most powerful images captured before, during, and after the assassination of John F. Kennedy.