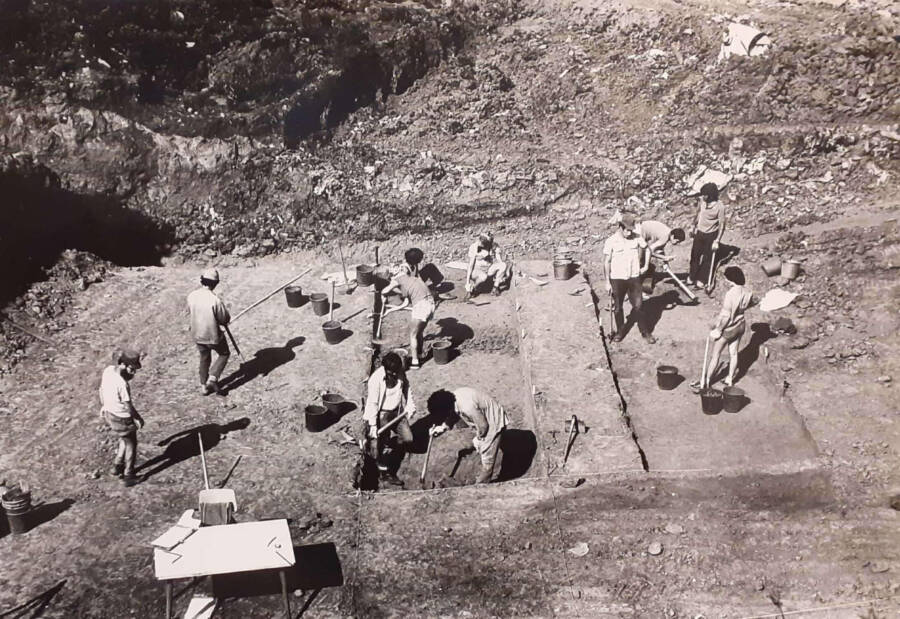 In Greek mythology, Prometheus gives fire to humankind, opening the door for human civilization itself. But when did our ancestors actually start building fires? A new study has used artificial intelligence to suggest that ancient people harnessed flames nearly 1 million years ago, far earlier than once thought.

According to an article published in Proceedings of the National Academy of Sciences (PNAS), researchers from the Weizmann Institute of Science used A.I. to study ancient flint tools from the Evron Quarry archaeological site in Israel to determine whether or not they’d been purposefully burned.

“Fire is one of those things that makes humans who they are compared to other animals,” lead writer and archaeology Ph.D. student Zane Stepka told the Jerusalem Post. “We depend on it today. [But] the question of when hominins first started with fire, what was it like taking a burning stick and using it, remains a mystery.”

That’s because fire is a notoriously difficult thing to trace across human history. According to the Times of Israel, “traditional” archaeological methods have only found evidence of humans using fire from about 200,000 years ago. But the researchers from the Weizmann Institute used non-traditional methods to study the flint tools from the Evron Quarry site, which was used between 800,000 and 1 million years ago.

Specifically, they studied the flint tools themselves. Flint changes at a molecular level when burned, but to determine how hot the flint got, the researchers turned to A.I.

“The deep learning models that prevailed had a specific architecture that outperformed the others and successfully gave us the confidence we needed to further use this tool in an archaeological context having no visual signs of fire use.”

By using the deep learning model, the researchers were able to determine that the flint tools had been burned at temperatures as hot as 600°C, and perhaps even hotter. Dozens of animal bones found at the site also showed evidence of molecular change due to heating.

According to the Jerusalem Post, the researchers believe that this suggests that early humans were experimenting with burning different materials. In other words, they were learning how to harness fire. 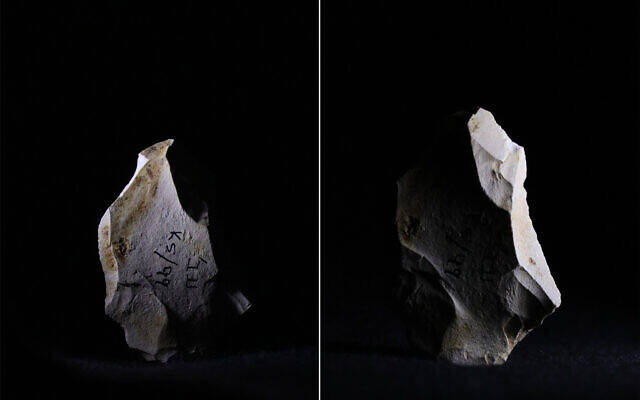 Zane StepkaSome of the flint tools studied by the researchers.

That said, questions remain. “Now, we have million-year-old artifacts that we know were burnt, and that is something,” Stepka told the Jerusalem Post, adding. “There are theories, but no archaeological evidence of how fire was first made.”

Still, their finding is significant because researchers believe that fire had a profound impact on humankind. Just as in the myth of Prometheus, using fire helped ancient humans lay the building blocks of civilization.

It helped early humans stay warm, ward off predators, and create advanced tools. According to the Jerusalem Post, cooking meat before eating it also eliminated disease-causing pathogens and made protein digestion more efficient, which, in turn, helped humans’ brains grow.

Next, the researchers are excited to see how their new A.I. method might be used at other sites.

“If we use this method at archaeological sites that are one or two million years old, we might learn something new,” Stepka told the Times of Israel.

She added: “With this method, we can test for fire use looking at stone tools, which is something that is preserved in these early sites. This is the beauty of it. In places where nothing else is preserved, where there are no other signs of fire, we can look at stone tools made of flint themselves. This opens a lot of opportunities.”

And that, she told the Jerusalem Post, could tell a stunning story about the start of human civilization.

“Anything we get to understand how they did things in their daily life is very exciting,” she raved. “There was a time our ancestors didn’t have this fire, and then they had it, and it was something magical. We can appreciate how one night they were cold, and then suddenly they have fire and are warm.”

After reading about when ancient humans may have harnessed fire, see how our human ancestors once domesticated dangerous cassowary birds 18,000 years ago. Or, learn about the stone balls humans used to get to bone marrow 2 million years ago.