How Seattle Is Facing Homelessness With Portraits 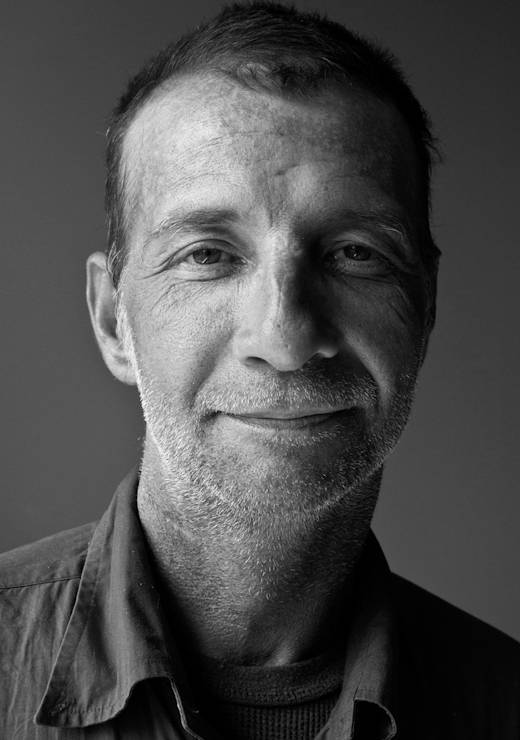 “My name is Robert Lawrence. I’m from Tennessee, arrived last year & found Seattle to be a very beautiful city, full of life, also filled with the rich & poor…”

The “community” section of the website for Facing Homelessness–a Seattle-based non-profit that provides aid to the homeless–is packed with photos. Strikingly intimate black and white portraits spill beyond its borders (you have to scroll horizontally to see them all). Soon you realize that many of the faces in this community actually belong to Seattle’s homeless. Then you realize that many of those faces come with a story. And that most of those stories start, appropriately enough, with a name. Meet some of these individuals in the gallery below: 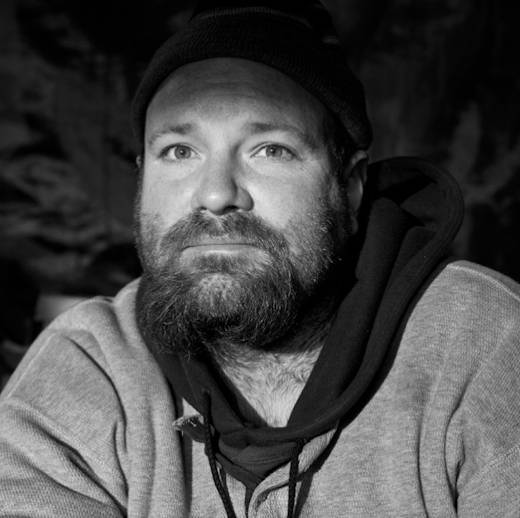 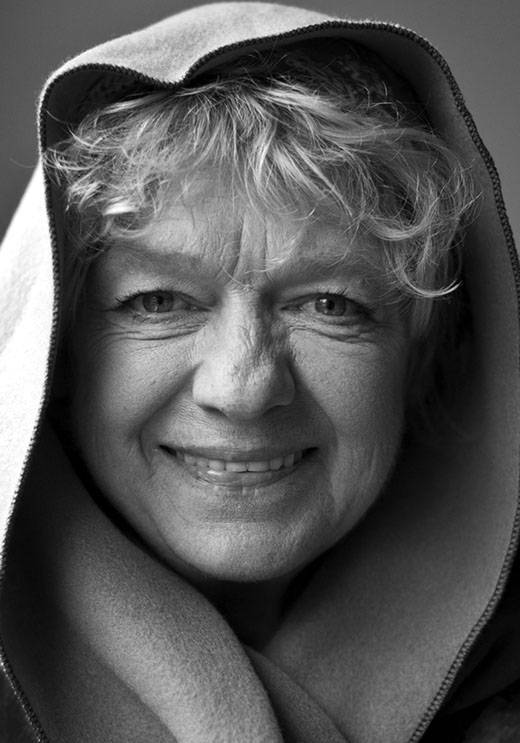 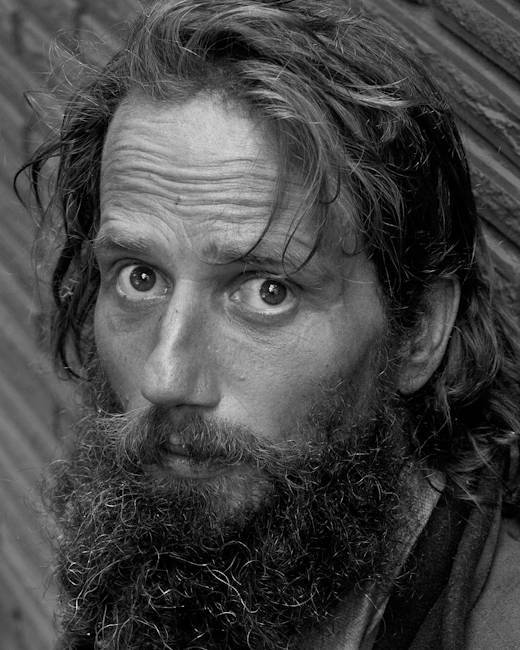 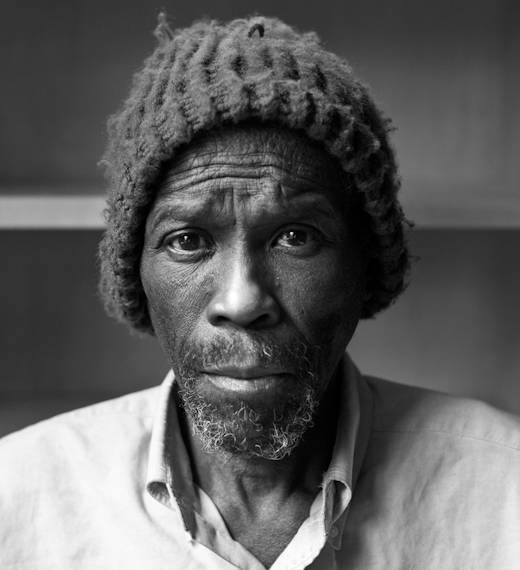 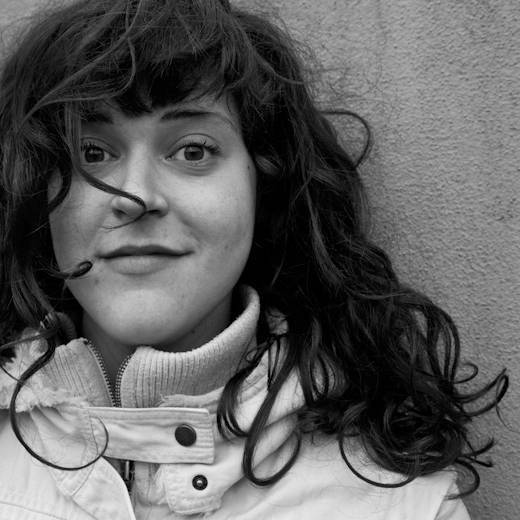 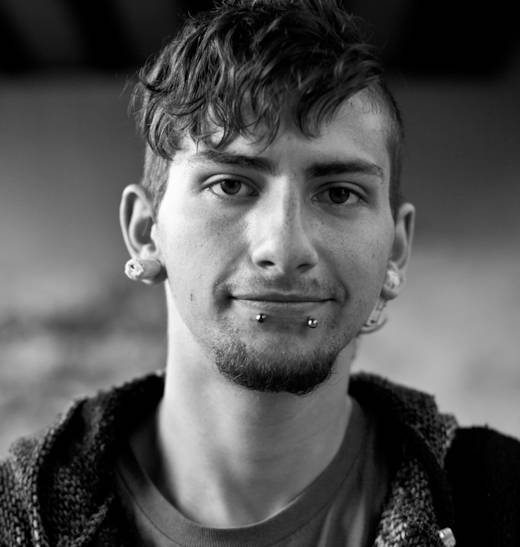 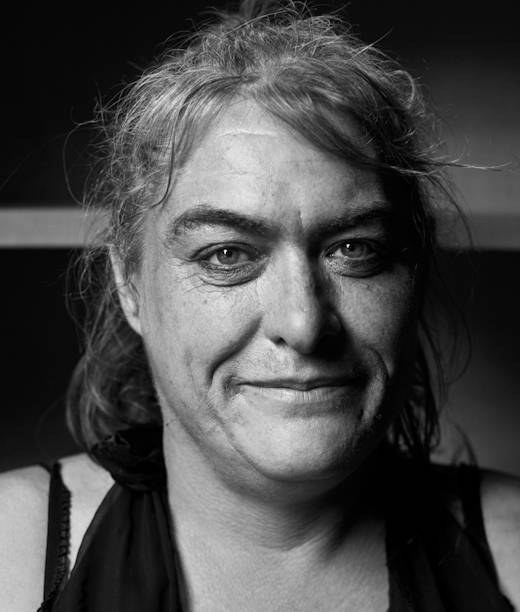 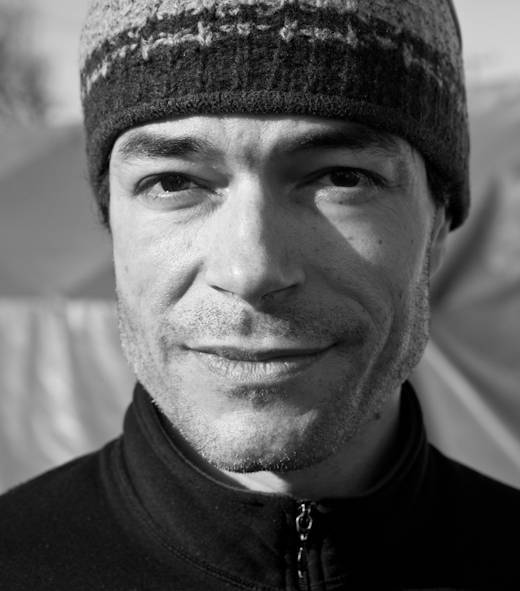 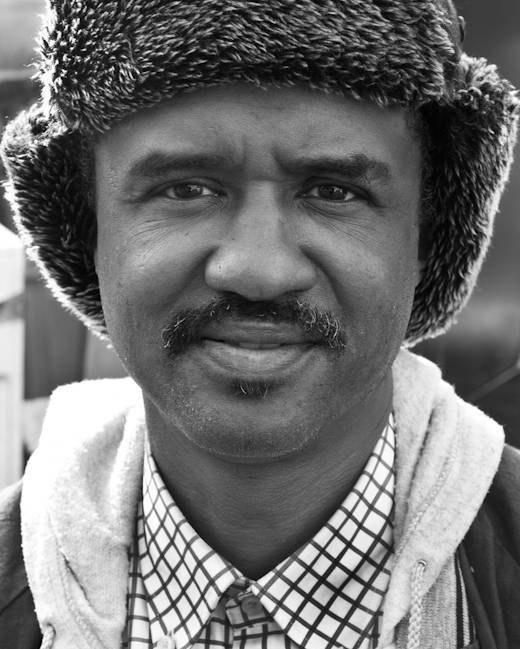 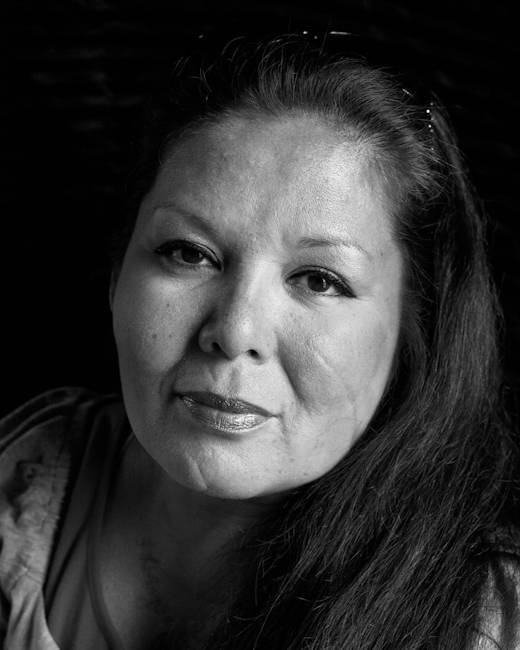 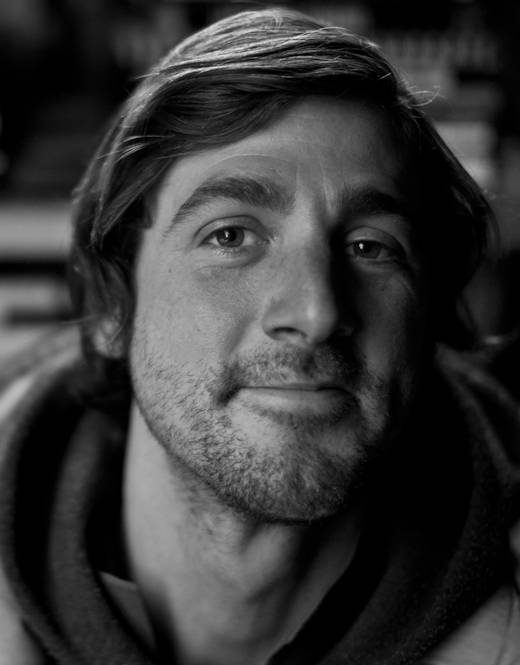 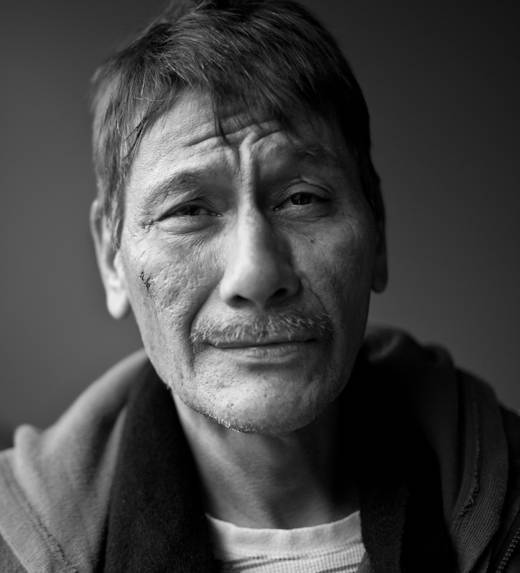 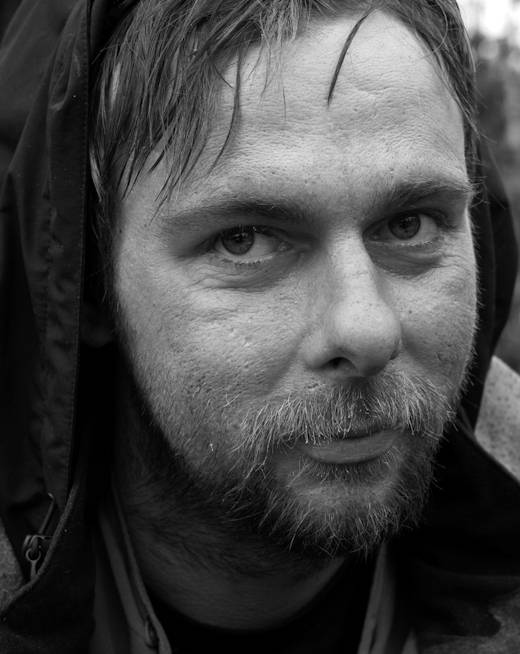 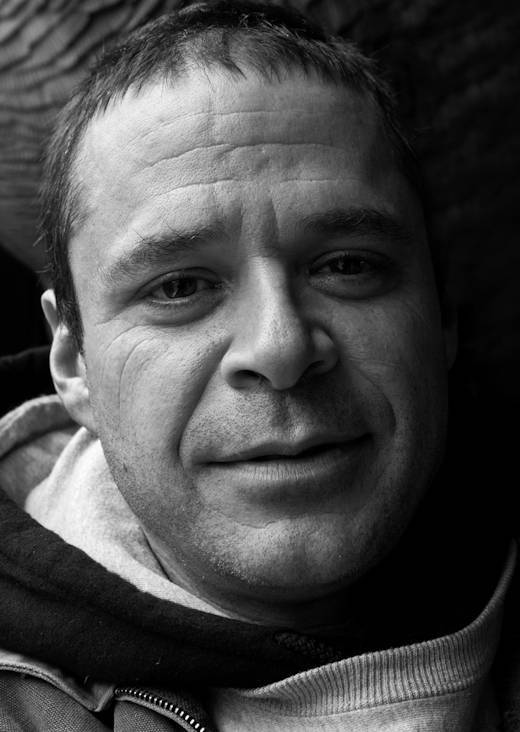 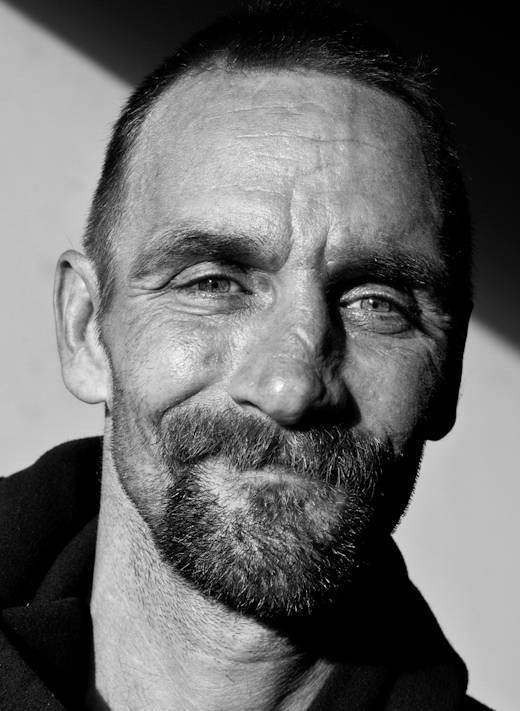 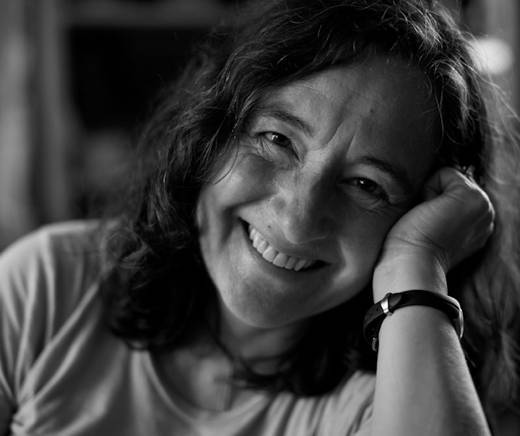 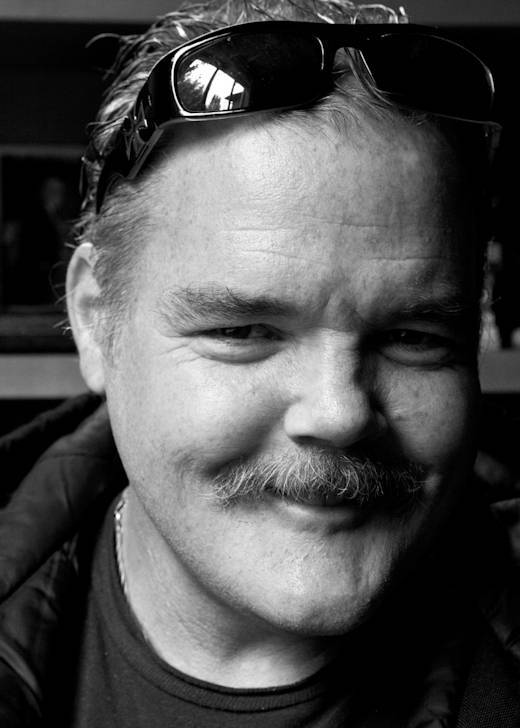 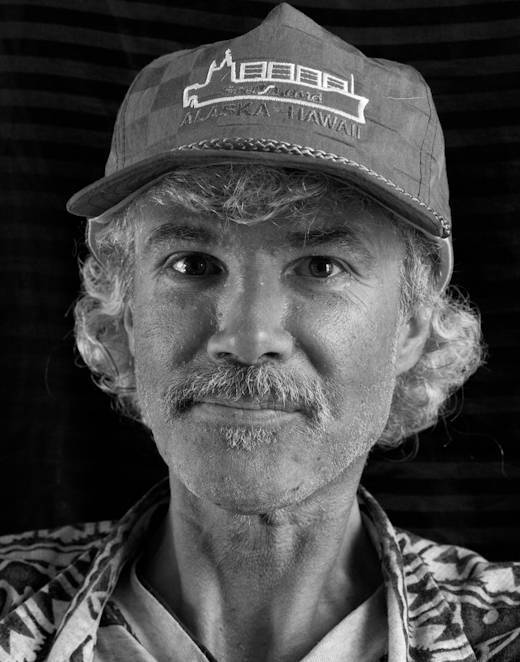 How Seattle Is Facing Homelessness With Portraits
View Gallery

"My name is..." begin the stories told in the first person. "Please meet..." begin those told in the third. Either way, the stories begin with a name. Because, while Facing Homelessness has raised copious funds, supplies, and awareness as well as galvanized a large social media following and inspired sister organizations in a growing number of cities around the world, its core ideological mission is and always has been to simply affirm the humanity of these people for whom we so often deny it.

"...On corners and under every bridge, people sat homeless, just as myself, all wondering what to do next..."

While Facing Homelessness' sister organizations are popping up across America and beyond, its original city may still be the one most in need of its help. Truly, on countless corners and under every bridge, Seattle is filled with homeless people.

As of the 2014 Annual Homeless Assessment Report made by the The U.S. Department of Housing and Urban Development, Seattle had 8,949 homeless residents, placing it fourth among major cities. When you consider that the cities ranked first and second--New York and Los Angeles, respectively--have far larger total populations than Seattle and that Seattle ranked just 23rd among U.S. cities in overall population as of the 2010 census, the city's devastating homelessness problem comes into even sharper focus.

"...When the rainy season came I experienced the miserable cold and wet. A sleeping bag in pouring rain will not keep you warm nor dry. To see morning come was a breath of fresh air, thinking, I made it through another night. I'm sad to say there were those who did not..."

With such dire conditions in Seattle, Rex Hohlbein, former architect and current founder/Executive Director of Facing Homelessness, had to do something. And it started with a rainy, miserable day and a homeless man sleeping outside. When Hohlbein saw Chiaka outside his office, he invited him in for some tea. After Chiaka told Hohlbein about his artwork, Hohlbein allowed him to use his shed to store his supplies. Then, he started a Facebook page to help him spread his work.

Not long after, a teenage girl from Pittsburgh found the Facebook page after Googling Chiaka's name. She'd done so because she was looking for her long-departed father. When Hohlbein showed Chiaka the girl's message, he broke down in tears. He was indeed her father--and he now knew he needed to get home. His family sent funds for the trip and Hohlbein drove him to the airport.

On the drive home, Hohlbein realized he could--and should--do the same for others. So, in March 2011, Hohlbein started another Facebook page, Homeless in Seattle, and began posting portraits and stories of Seattle's homeless residents, much like the ones on Facing Homelessness' site today.

“Almost immediately people started reaching out,” Hohlbein told Smithsonian. “Overnight my office turned into a drop-in center, and there was this crazy intermixing of people getting to know each other. There was this constant unsaid thought of, ‘You aren’t as scary as I thought.’”

"...There were no public restrooms either, forcing the homeless to squat behind a tree or bush along the canal. It is no wonder we are seen as the lowest of human form. This is not our will, but the will of our country who has forgotten us. I remembered having to bathe in Lake Washington because there was no wash house..."

Getting people to realize that the homeless aren't scary after all and see that they are not the lowest of human form was the principal, enormous, hurdle Hohlbein's budding organization had to clear (and the one Facing Homelessness still confronts today). And it all starts with the portraits and the names.

“Most people who are homeless feel invisible. Imagine just a week of everybody turning away from you and how crazy that would be for your self-esteem,” Hohlbein said. “You can make a difference, with no promise of fixing that person, just by saying ‘I see you.’” So with support coming in, Hohlbein kept shooting portraits and telling stories, quit his job as an architect and started Facing Homelessness in 2013.

"...Thanks to Brian & Cashmere, who opened the Rest Stop & worked countless hours washing clothes and giving us clean showers to bathe in. I suppose I could write a book on being homeless in Seattle. I give my sincere gratitude to all those who give their friendship to those who are down & out."

Through countless hours of support and friendship, Facing Homelessness began to grow. In 2014, Hohlbein delivered a TED Talk and, upon seeing it, Mike Homner of Boulder, Colorado asked if he could start a similar group there. Hohlbein of course said yes, and the spread of sister organizations began. San Francisco, Dallas, and Buenos Aires, Argentina, among others, are now on board and Hohlbein estimates that there will be 100 cities by year's end.

To each of these cities, Hohlbein sends a copy of Facing Homelessness' logo, one that recalls the original exchange between Hohlbein and Chiaka, one that cuts to--and, hopefully, through--the core of the fabricated barrier we place between ourselves and those that don't have homes. It reads, simply, "Just say hello."

All photos via Facing Homelessness, where you can share resources, donate, and learn more.