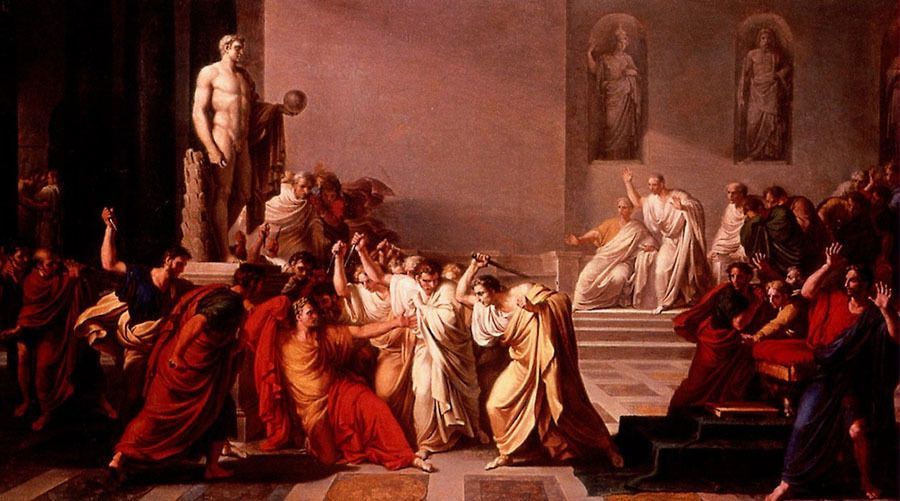 Despite being one of his closest friends, Brutus was among several disgruntled Roman senators who viciously stabbed Caesar to death. This was a betrayal of epic proportions, and one cemented in popular culture by Shakespeare’s classic line, “Et tu Brutus? Well, then fall Caesar…” in his play “Julius Caesar” (a line never actually uttered by Caesar himself, who, in all likelihood, was rendered incapable of speech by 23 stab wounds).

It was not a decision Brutus made lightly. He loved Caesar; he just loved the Roman republic more, and the rest of the senate used this loyalty to convince him that Caesar had to die for the Republic to be saved.

Historically speaking, they may well have been correct: Known for wielding his political power like a dictator — something the Senate resented — Caesar’s rampages were beginning to look as though he might dismantle the Roman republic entirely and rule, effectively, as king.

For Brutus, there was also the question of heritage. His ancestor (another Brutus) had been the one to overthrow the Roman monarchy in 509 BC, another fact the Senate used to their advantage, convincing Brutus that killing Caesar was his destiny. Whether or not it was truly fate, Brutus will be forever remembered as the ultimate backstabber. 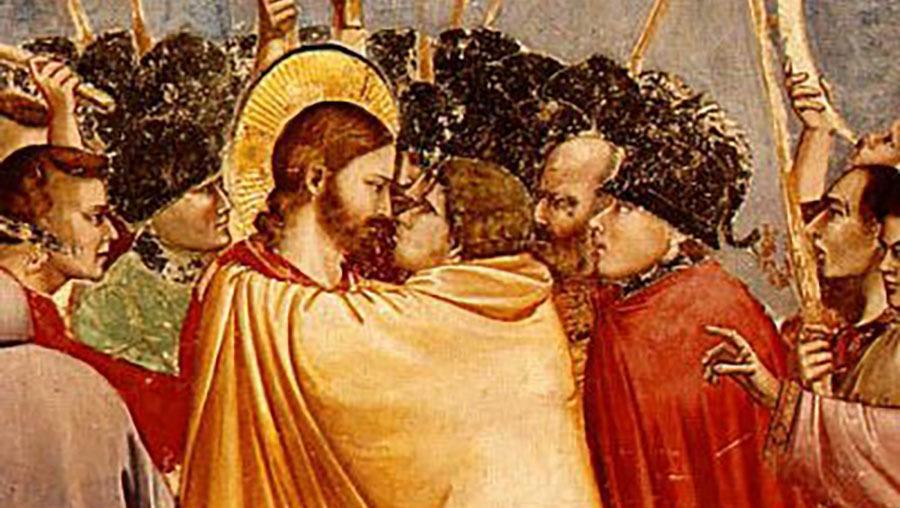 Judas kisses Jesus to identify him to the men who would crucify him. Image Source: Wikimedia Commons

Judas was one of the 12 Apostles of Jesus Christ, known mostly for offering to betray Jesus to religious authorities in exchange for 30 pieces of silver.

The New Testament describes how Judas took the soldiers to Gethsemane, where Jesus was praying, then kissed him to identify him as the Jesus. Legend also has it that Jesus knew Judas would betray him, but didn’t try to stop him.

One popular theory suggests that Judas was motivated by greed. There are a lot of holes in that theory, though, the first being that in today’s money, the infamous 30 pieces of silver would be the equivalent of about $3,500 – not a huge amount to betray somebody you believe to be the son of God.