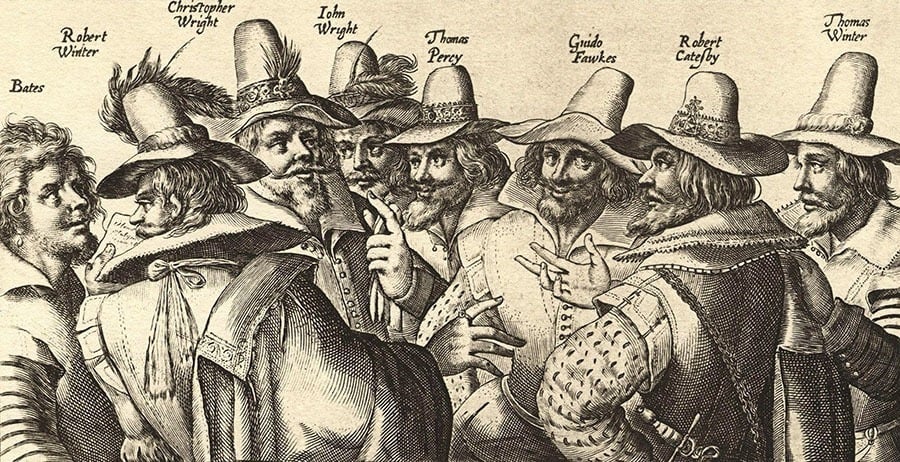 Britain’s most notorious traitor, Guy Fawkes, is remembered for trying to blow up the Houses of Parliament in 1605. Following the persecution of Catholics at the hands of Elizabeth I and James I, Fawkes joined a motley crew (led by Robert Catesby) to take violent action in support of the subjugated religious sect.

Fawkes and his co-conspirators placed 36 barrels of gunpowder in the cellar beneath the House of Lords. But as they continued to work out the specifics, they realized a lot of innocent people would be killed if they did, in fact, blow up Parliament — some being those who also fought to defend the Catholics.

Several of the plotters started to have second thoughts, and one conspirator is thought to have written to Lord Monteagle to warn him to avoid Parliament on the 5th of November (remember, remember) — the day of opening, when the King would be present.

Fawkes, however, carried on with the plot and was captured in the bowels of Parliament with all his gunpowder, then sentenced to one of the worst executions imaginable by order of King James. The actual ring leader, Catesby, was never tried for his conspiracy to blow up Parliament, instead being killed while trying to make his escape.

Even though it was unsuccessful, the Gunpowder Plot became a major part of English history, and is commemorated every November 5th with firework displays and a historic bonfire, onto which a dummy Guy Fawkes (known simply as a “guy”) is placed.

Guy Fawkes himself became a symbol of Catholic extremism (even though he was born a Protestant) and despite his shake-up, the repression of the Catholics in England continued for another 200 years. 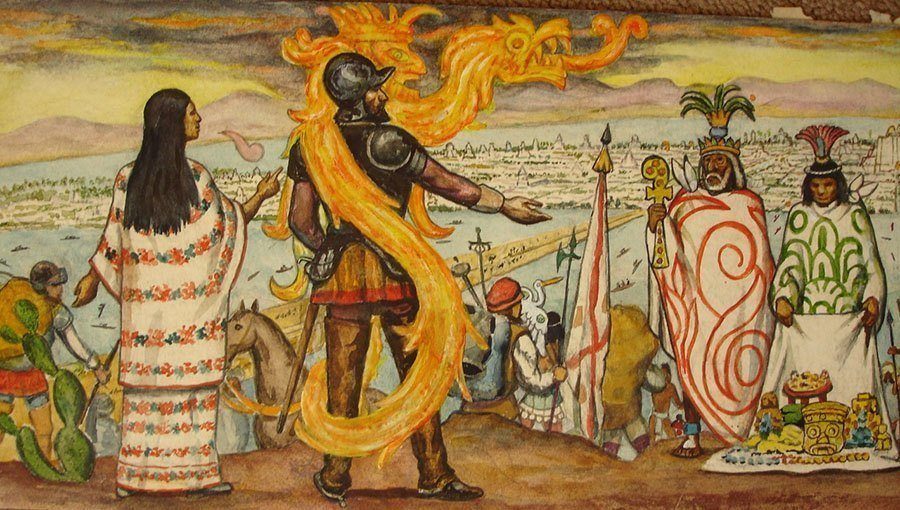 Doña Marina, a Nahua woman, was sold into slavery at a young age, and ended up working as a courtesan to Hernan Cortes as he and the Spaniards began their conquest of the Aztecs in 1519. Within a few weeks of her sale to Cortes, he realized that Marina had the linguistic skills necessary to serve as a translator, being familiar with the Aztec language, as well as Mayan and Spanish. These skills made her an essential and valuable asset to Cortes, and he eventually fathered a son with her.

To many indigenous tribes, and eventually some Mexican people, Marina was the ultimate traitor, a woman who betrayed her own people and used her unique position to inform Cortes’ decisions and make his conquest possible. Even today, she is often to as La Chingada, which loosely translates as, “The fucked one.”