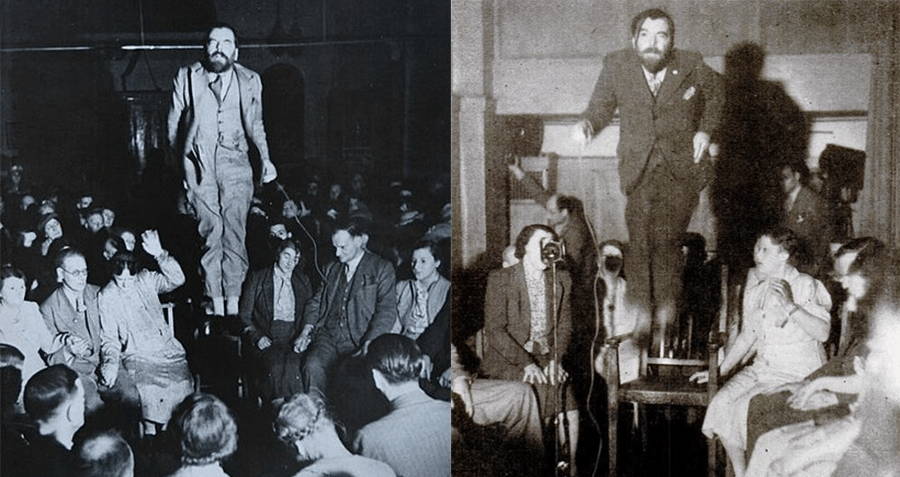 Colin Evans was an early 20th-century Welsh spiritualist and medium who claimed to be able to levitate.

Evans would routinely host seances in large halls and request that the room be completely dark. As his believers gathered around him and chanted, there would suddenly be a flash. In the instant of blinding light, Colin Evans could supposedly be seen levitating.

Anyone who wasn’t a believer before the seance would certainly be one after.

However, skeptics soon noticed that all of his levitation photos seemed to feature a cord running out of his left hand and that in almost every photo, his feet seemed to be blurred slightly.

Eventually, the truth came out, and it was discovered that Evans was employing the simplest of methods to trick his followers: jumping.

Evans would hold his seances in complete darkness, and as soon as his followers were getting into it, he would jump, straight into the air. The cord was a trigger for a camera placed in the ceiling.