7 Groundbreaking Interracial Couples And The Inspiring Stories Behind Them 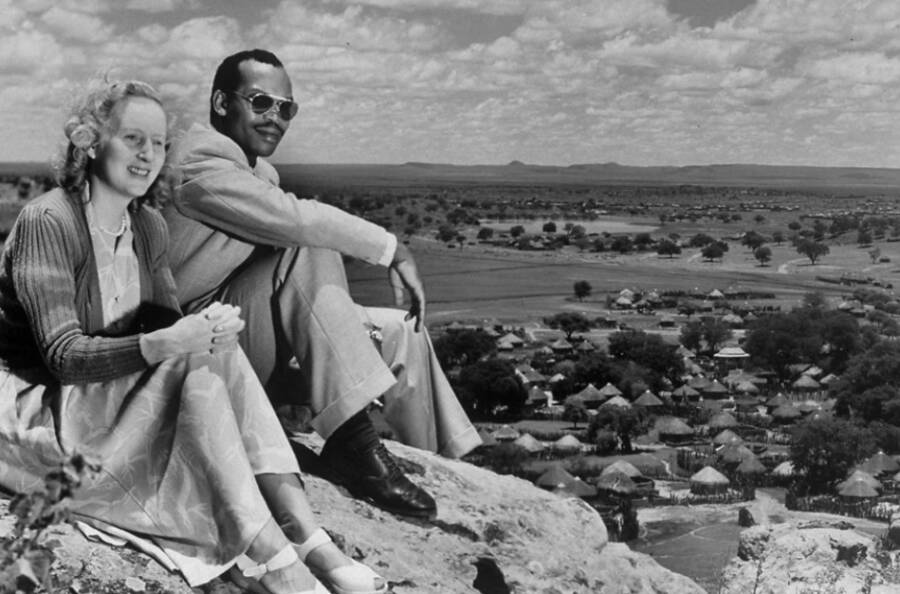 Getty ImagesRuth Williams’ marriage to Seretse Khama was so controversial that it influenced international relations.

Ruth Williams and Seretse Khama couldn’t have been more different. Williams was a white British woman who worked as a typist for an insurance company. Khama was studying law at The Honourable Society of the Inner Temple. He was also heir to the African kingdom of Bechuanaland (now modern-day Botswana), which was a British protectorate at the time.

“I saw a tall, well built, smiling African with wonderful teeth, broad shoulders, and perfect manners,” she later recalled, according to The Telegraph. The two shared an affinity for jazz and went on their first date three months after they had met. They shared their first kiss about a year later.

As an interracial couple in 1940s London, their courtship faced prejudice. Williams was disowned by her family and labeled as a “tart” for having relations with a Black man. Religious officials stalled their wedding by requiring them to seek approval from the local bishop. In addition, they had trouble finding a landlord that would take in an interracial couple.

Resistance also came from Khama’s family and subjects, who could not accept a white commoner as their future queen. 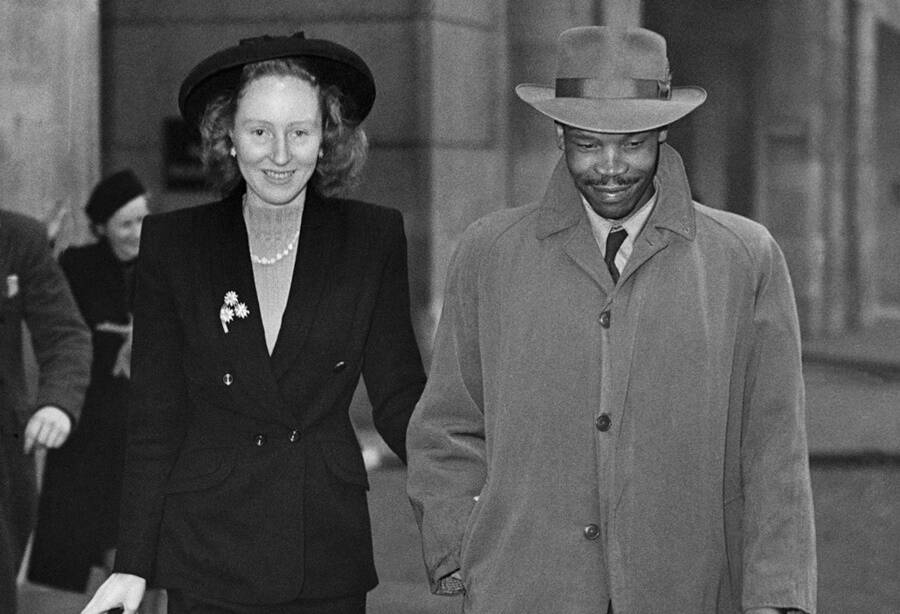 “If he brings his white wife here, I will fight him to the death,” threatened Khama’s uncle, Tshekedi Khama, the acting regent at the time. When the couple moved to Bechuanaland, Khama and his uncle were caught in a power struggle over the marriage, but his uncle ultimately ceded.

Their interracial marriage even affected international relations. It angered the white Afrikaner politicians — descendants of European settlers in Africa — who controlled neighboring South Africa and Southern Rhodesia, where apartheid was in place and interracial relationships were forbidden.

The Afrikaners threatened the British government, which sought to acquire metals from those countries. In 1950, the government asked Khama to renounce his chieftaincy, but he refused and was exiled to London. He was later joined by his wife and they raised their four children in Britain.

In 1956, the two were finally allowed to return to Bechuanaland as private citizens. In the following years, Seretse Khama formed the Bechuanaland Democratic Party and became its leader. The party won Bechuanaland’s first democratic elections in 1965 and Khama became the first prime minister. His new republic would then become known as Botswana.