The leader of Mexico's La Luz del Mundo church and self-proclaimed Apostle of God on Earth faces more than 16 years in prison after pleading guilty to three charges. 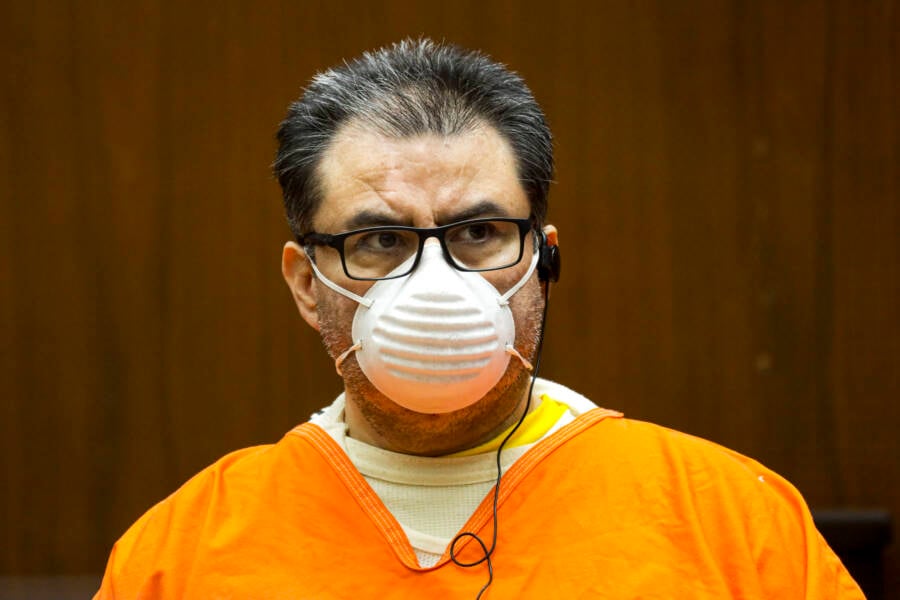 For decades, La Luz del Mundo in Guadalajara, Mexico, has served as one of the largest Christian religious organizations in Latin America. While its leader, Naasón Joaquín García, has been idolized by millions of followers as an apostle of God, he just pleaded guilty to child sex abuse charges in Los Angeles on June 3.

According to VICE, the 53-year-old was arrested at Los Angeles International Airport in June 2019. While he maintained his innocence for three years, García has now accepted a plea deal that could see him face 16 years and eight months in prison. The charges themselves and García’s family history left loyalists in shock.

The disgraced religious figurehead pleaded guilty to two counts of forcible oral copulation involving minors and one count of a lewd act against a 15-year-old child. Perhaps most disturbing was that three of his female underlings were arrested alongside him — and stand accused of grooming children for his pleasure.

“[Naasón Joaquín García] used his power to take advantage of children,” said Rob Bonta, the United States Attorney General. “He relied on those around him to groom congregants for the purposes of sexual assault. Today’s conviction can never undo the harm, but it will help protect future generations.”

The largest evangelical church in Mecixo, La Luz del Mundo was founded in 1926 by the Naasón Joaquín García’s grandfather, Eusebio Joaquín González. He said God told him to change his name to Aaron and to preach the Lord’s gospel after building a church. God even allegedly told him this would be the “light of the world” — thereby giving González the now infamous name. 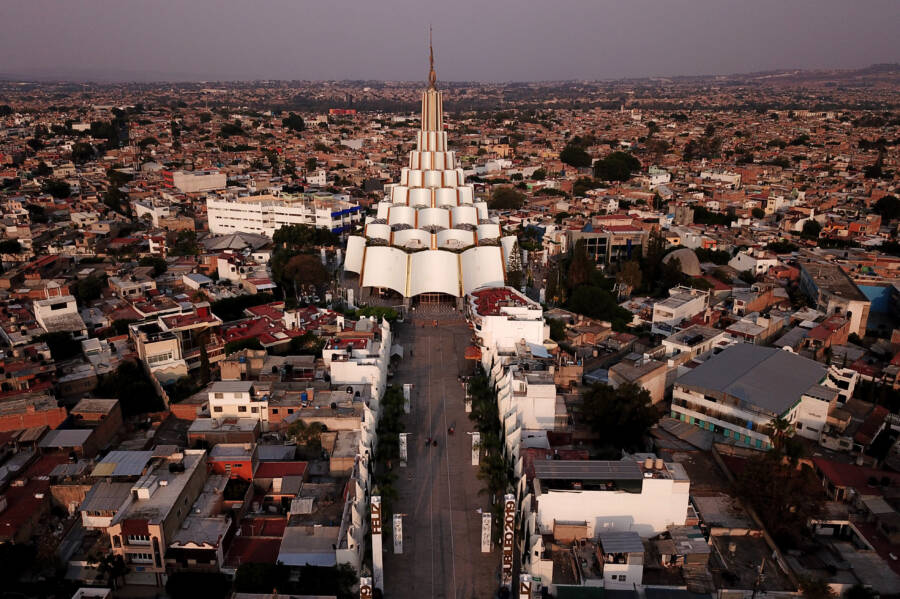 González built the first temple in Guadalajara in the mid-1930s and called himself the Apostle of God on Earth. He preached an increasingly severe Christian doctrine that ordered women to wear veils and long skirts, not to hold high-ranking positions — and to live submissively before their husbands.

The first scandal emerged in 1942 when Naasón Joaquín García’s grandfather was accused of raping a 13-year-old girl and defrauding his flock. While a quarter of his parishioners left the church in the wake of the allegations, González’s son, Samuel Joaquín, took over in the 1960s. However, things only worsened as Joaquín began following in his father’s abusive footsteps.

In 1997, two women named Karen León and Amparo Aguilar claimed he raped them in the 1980s when they were 13. A man named Moises Padilla publicly accused him on television of raping him when he was 16. Then, six months after going public with his abuse, Padilla was abducted and stabbed 57 times — but miraculously survived.

There were four total criminal complaints against Joaquín, none of which resulted in charges due to the expiration of the statute of limitations. One of his victims was a girl named Alondra Ocampo. In a tragic turn of events, she not only stayed within the church well into adulthood but groomed children for Naasón Joaquín García when he succeeded his father after he died.

The Crimes Of Naasón Joaquín García

Born on May 7, 1969, Naasón Joaquín García became the head of La Luz del Mundo in 2014 when he was 45. According to Law & Crime, his followers genuinely believed his claim of representing Jesus on Earth as his one and true apostle. Three years ago, however, they were forced to face shocking news. 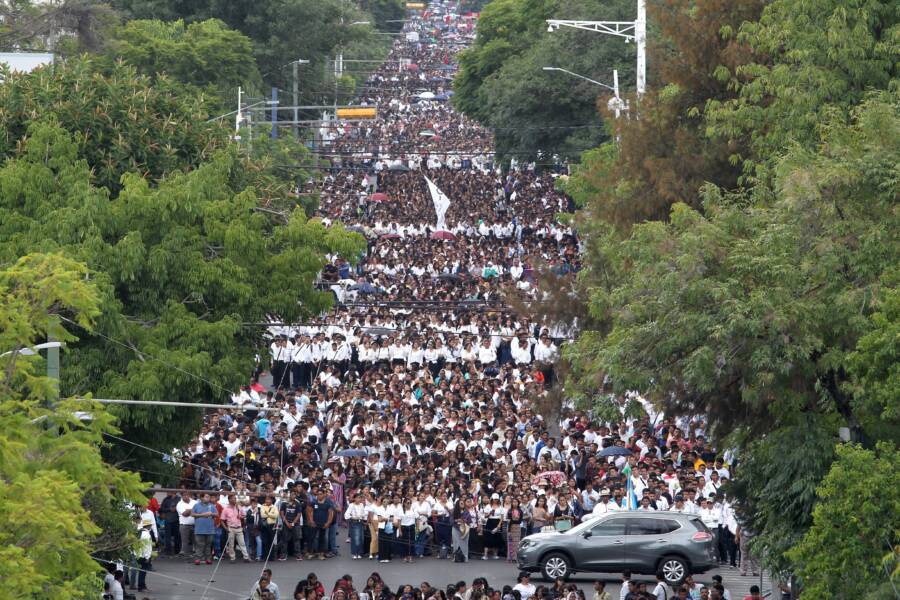 On June 3, 2019, authorities arrested García, Alondra Ocampo, and a 24-year-old woman named Susana Medina Oaxaca in Los Angeles. They were charged with more than two dozen felonies occurring in Los Angeles County between 2015 and 2018. According to The Los Angeles Times, a fourth accomplice named Azalea Rangel Melendez is still on the run.

Authorities cited three unnamed Jane Does in their criminal complaint against these individuals, who alleged that Ocampo had groomed them to be subsequently raped by García. A fourth Jane Doe claimed that she had groomed children for García but that he raped her, as well, several times.

Authorities confiscated García and Oaxaca’s belongings and found video evidence of child rape and incest on their iPhones and iPads. This led to additional charges for crimes that occurred in 2019. While Naasón Joaquín García denied any wrongdoing until last week, Ocampo agreed to testify against him — leading to his plea deal.

Ocampo compared her role as a groomer to the job that Ghislaine Maxwell performed for the notorious child rapist and human trafficker Jeffrey Epstein. While shocking, her claim appeared rather apt — as La Luz del Mundo’s millions of followers include Mexico’s elite, such as members of President Manuel Obrador’s political party. 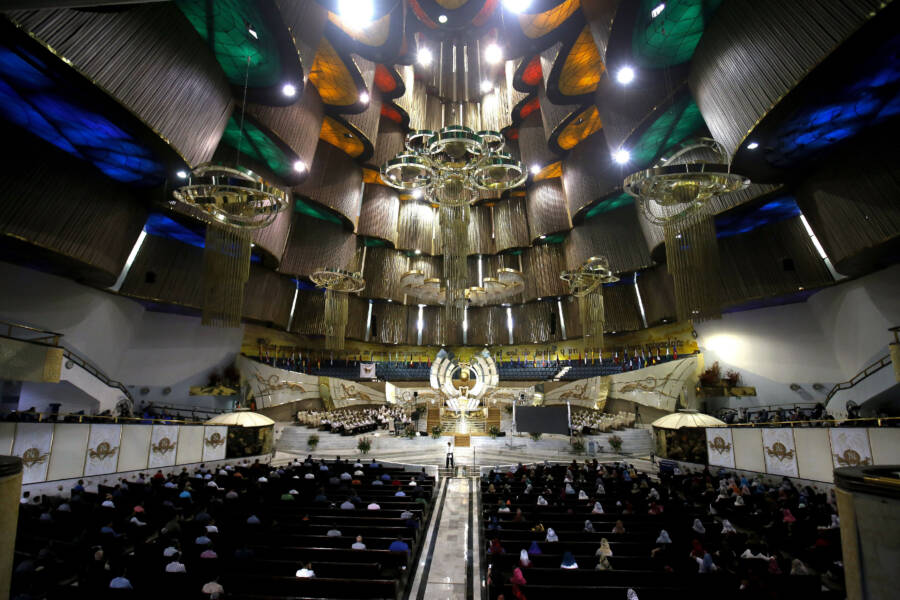 Naasón Joaquín García’s arrest has ultimately renewed interest in the crimes of his father and grandfather. While they will never stand trial, García himself faces 16 years behind bars. Many of his former followers were angered that the trial was closed off to the public and that García took a plea. According to Law & Crime, some even called it an “injustice.”

“Today’s conviction sends a clear message that sexual exploitation is never acceptable in California,” he said. “We will hold you accountable if you break the law.”

After reading about Naasón Joaquín García, learn about the Vatican official found guilty of child sexual assault. Then, read about child abuse cases linked to witchcraft and Black Magic in England.