The guilty verdict follows closely on the heels of Pope Francis confirming clergymen had used nuns as sex slaves in the past. 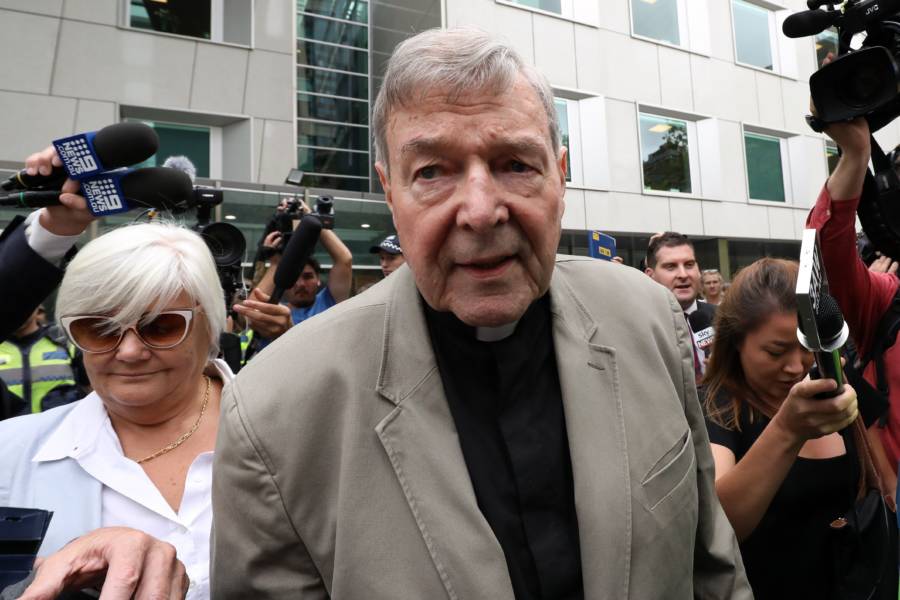 ASANKA BRENDON RATNAYAKE/AFP/Getty ImagesGeorge Pell leaving the County Court of Victoria court after prosecutors decided not to proceed with a second trial, Feb. 26, 2019.

Cardinal George Pell has just officially become the most senior Catholic cleric to be convicted of sexual child abuse in the history of the church.

An Australian jury has formally found the former Vatican treasurer to have abused two 13-year-old choir boys in Melbourne cathedral rooms following a mass in 1996. He penetrated one and was found to have committed indecent acts on them both, BBC reported.

77-year-old Pell was generally known to be the third most powerful Catholic official alive since 2014 and now faces sentencing hearings on Wednesday. Pell was actually found guilty of child sex abuse in December of last year, on one charge of sexually penetrating a child under 16 and four counts of committing an indecent act on a child under 16. Sexual consent in Australia can be legally given at 16. 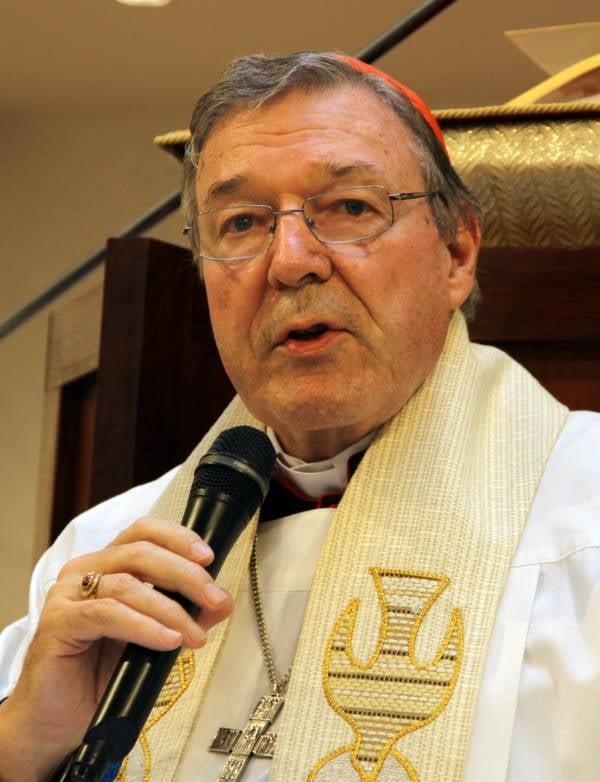 News organizations were forced to keep quiet on the matter, however, for fears of creating prejudice in future juries. When a second trial for Pell revolving around abuse allegations in the 1970s was cancelled today, the embargo on the media was removed, CNN reported. The verdict, delivered in December, can now finally be reported without breaking the Australian court’s orders.

Prosecutors for today’s trial withdrew the request, stating there wasn’t enough evidence to make their case. Meanwhile, Pell has pleaded not guilty to the charges and has lodged an appeal.

While enraged citizens and frantic members of the media flocked to gather statements from Pell as he exited the court today, the Vatican announced that it was prohibiting Pell from public ministry and that he is now banned from contact with minors until the appeal is over.

The Vatican reported that the situation was “painful”, and that it has the “utmost respect” for Australian law and its officials, but that Pell has the right to “defend himself to the last degree.”

“Cardinal George Pell has always maintained his innocence and continues to do so,” Pell’s statement read.

A CNN news report on today’s events in court.

The child sexual abuse incidents in question reportedly took place when Pell was archbishop of Melbourne in 1996 where he preyed on two 13-year-old boys caught drinking wine following a mass. He scared them with the notion of being in deep trouble — and forced them to perform the unspeakable.

Pell allegedly abused one of the boys again the following year. While the court listened intently to the testimony of one of the victims, the other wasn’t in attendance — he died of a drug overdose in 2014. Pell’s lawyer, Robert Richter QC, argued that these allegations were entirely fabricated by the victims — but the jury vehemently rejected this idea.

The victim in attendance expressed how stressful it was to be involved in the case, and this was “not over yet.” He also explained that he had suffered “shame, loneliness, depression and struggle” stemming from Pell’s abuse all those years ago.

“Like many survivors, it has taken me years to understand the impact upon my life,” he said. 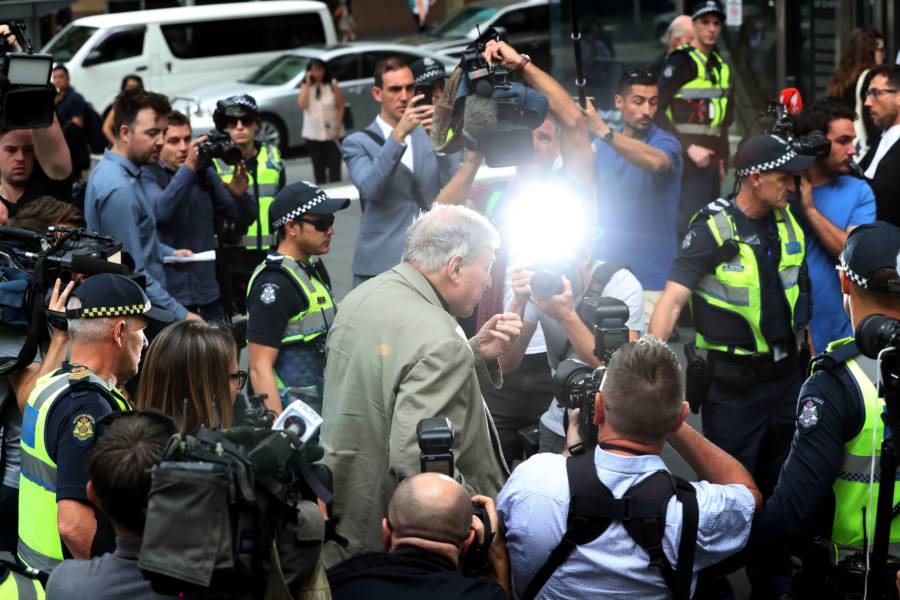 CON CHRONIS/AFP/Getty ImagesGeorge Pell being hounded by media and enraged citizens on Feb. 26, 2019.

“It is painful news that we are well aware has shocked many people, not just in Australia,” said Vatican spokesman Alessandro Gisotti. “As we await the definitive verdict, we join the Australian bishops in praying for all victims of abuse, reaffirming our commitment to do everything possible so that the Church is a safe home for everyone, especially for children.”

The court listened to troubling descriptions of Pell forcing himself on his victims, moving his archbishop’s robe to the side in order to expose himself, and more, throughout the trial. In December — the same month Pell was found guilty — the Vatican demoted him from the Pope’s inner circle where he was once in charge of the Vatican’s finances. Pell’s term as treasurer also expired last Sunday.

This news follows closely on the heels of Pope Francis confirming that several clergymen have used nuns as sex slaves in the past and that those who sexually abuse children are “tools of Satan.” The Vatican’s messages could thus be received with a bit of confusion, as the Pope’s unprecedented summit on pedophilia seemed to indicate a new no-tolerance policy on the matter.

With the tide publicly turning against the ways of old, and the Catholic Church seemingly making a stronger effort to denounce, reject, and combat the sexual abuse of children in recent weeks, Pell’s guilty verdict comes at the perfect time for the church to double down on this transition to modernity.

After reading about Cardinal George Pell being found guilty of child sex abuse, read about John Geoghan, the pedophile priest who was murdered by one of his victims. Then, learn about Kazakhstan’s plan to chemically castrate the first of 2,000 convicted pedophiles.