“We were worried 10-12 years ago because there was a lot of debate around the MMR vaccine. Doctors were coming out with research connecting the MMR vaccine with autism." 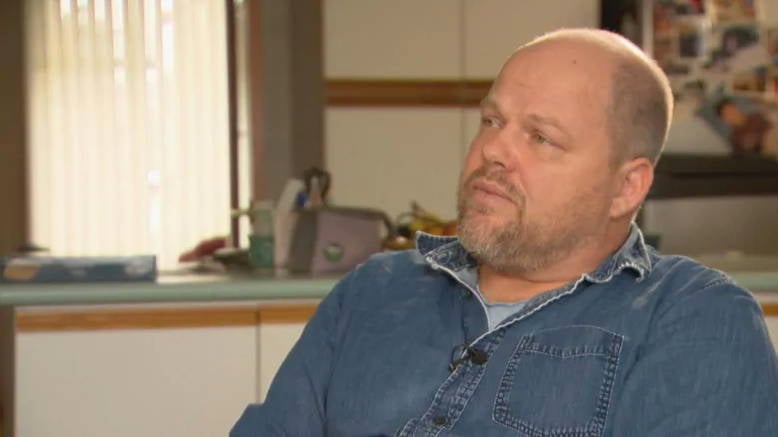 When Emmanuel Bilodeau and his ex-wife decided not to give their three sons the measles, mumps, and rubella (MMR) vaccine, they couldn’t have predicted they’d cause a city-wide outbreak that has already had nine cases of measles confirmed in Vancouver, Canada this month alone.

Bilodeau had heard there were risks of vaccines slowly inducing autism, and he decided not to gamble. As he educated himself on the subject, of course, his trust in the science grew and his stance changed, CBC reported. But at the time, he was anti-vaccinations.

“We were worried 10-12 years ago because there was a lot of debate around the MMR vaccine,” he said. “Doctors were coming out with research connecting the MMR vaccine with autism. So we were a little concerned.” 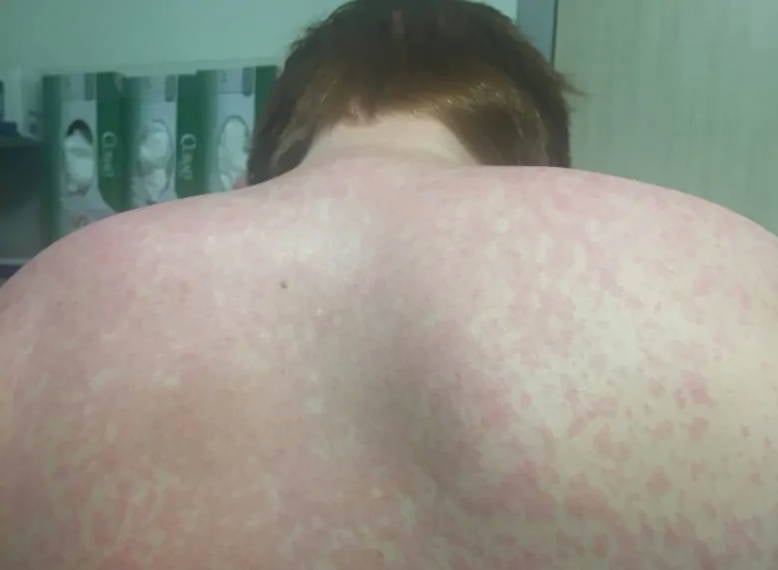 While the Center for Disease Control and Prevention (CDC) said there was no evidence linking the MMR vaccine to autism, and that it merely works by helping the body create antibodies to fight off the titular viruses, Bilodeau hesitated to give his sons the two doses — one at 12 months old and another between four to six.

As a result, the family trip to Vietnam (which doesn’t have stringent vaccination laws like some other countries do) earlier this year saw Bilodeau’s son come back home with measles. The 11-year-old began experiencing symptoms as early as the plane ride back to Vancouver — and subsequently spread the disease at the French-language school he and his brothers attend. 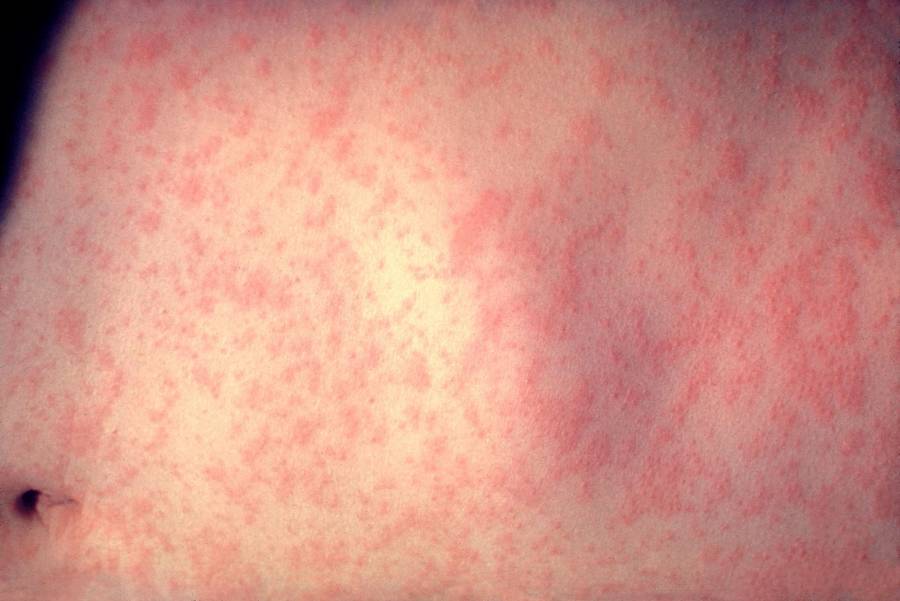 Wikimedia CommonsThe back of a child infected with measles on the third day of infection.

“We’re not anti-vaccination,” said Bilodeau. “We’re just very cautious parents and we just tried to do it in the manner that was the least invasive possible on the child’s health. We were hoping we could find a vaccine that was given in a separate shot so it wasn’t such a hit on the kid.”

Bilodeau has seemingly learned from his mistakes, as he said he now understands that the MMR vaccine doesn’t cause autism. Bilodeau did vaccinate his kids for several other, unspecified diseases — but purposefully skipped the MMR shot.

But measles can lead to pneumonia, encephalitis, and death. As for rubella and mumps, these can lead to miscarriage or babies born with birth defects, and inflammation of the brain and spinal cord, respectively. And the risks are substantially higher for non-vaccinated children. 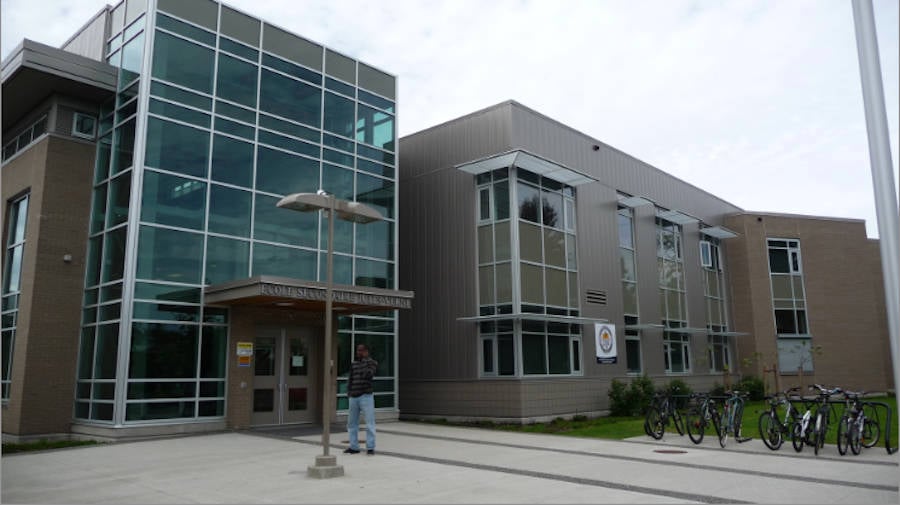 Wikimedia CommonsÉcole Jules-Verne in Vancouver, whose students, staff, and parents were affected by the measles outbreak.

For Dr. Althea Hayden of Vancouver Coastal Health (VCH), however, having parents learn the scientific facts before allowing a substantial outbreak occur would spare her — and the entire community — a lot of unnecessary trouble.

Dr. Hayden said she was facing an “outbreak” that currently had eight confirmed measles cases affecting the students, teachers, and parents of kids attending the École Jules-Verne and École Anne-Hébert in Vancouver and then École Rose-des-vents in Oakridge.

An interiew with Emmanuel Bilodeau.

Bilodeau’s two other sons began showing signs soon after that. Finally, after the father continued to press doctors about the high possibility these were all measles-related symptoms, the cause was officially confirmed.

“Our physicians and staff thoroughly assess each child that presents in our Emergency Department and treat them accordingly,” the hospital said in a statement. “Should a parent raise a concern about a specific disease, including measles, it would be discussed and then followed up on as appropriate.”

While the two other sons have yet to officially be diagnosed with measles, as they’re waiting for lab results — the likelihood is pretty high. 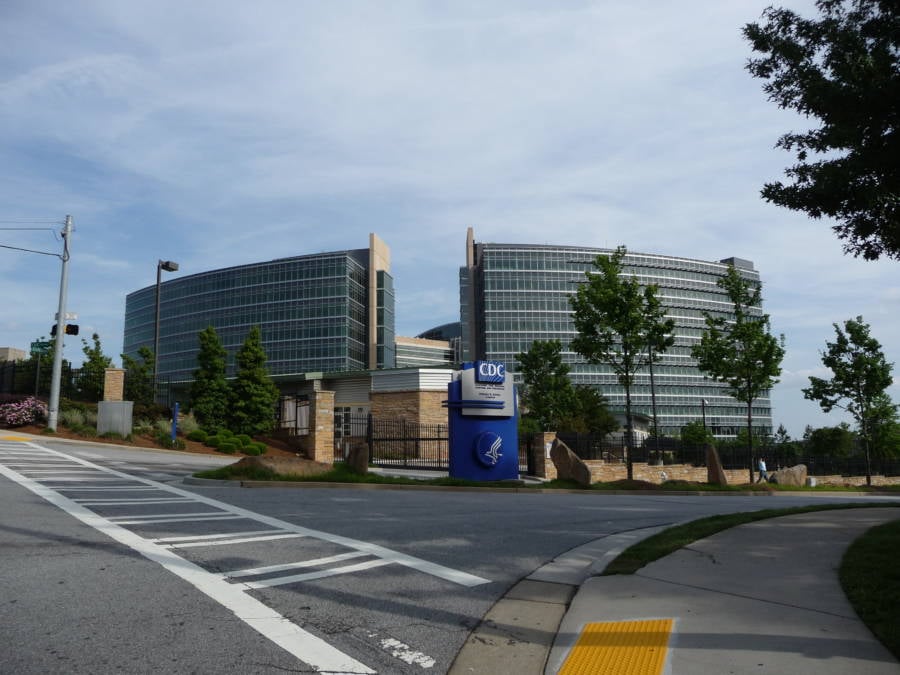 Medical director at the CDC Monika Naus said that the “vaccine hesitancy” increasingly found in parents has unnerved her and her colleagues for a while now.

“We’ve been concerned about that in British Columbia for a long time,” she said. Now their fears have come to pass.

Next, learn about the rare measles case in Maine and why vaccines matter. Then, read up on the history of measles and vaccines.