The 5 Most Fascinating Facts From Today I Found Out

Learn about how the United States planned to nuke the moon and why all carrots used to be purple with these five fascinating facts from Today I Found Out! 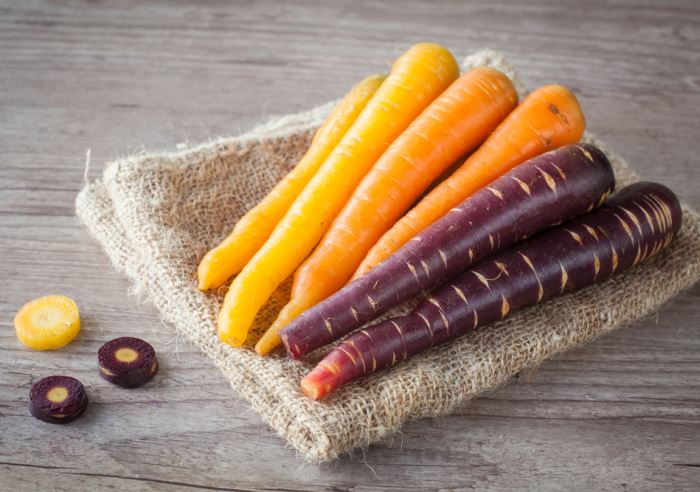 Before The 17th Century, Almost All Cultivated Carrots Were Purple

The modern day orange carrot wasn’t cultivated until Dutch growers in the late 16th century took mutant strains of the existing purple carrot and gradually developed them into the orange variety we have today. Before this, almost all carrots were purple with some mutated yellow and white carrots. These mutations were rarely cultivated and lacked the purple pigment anthocyanin.

It is thought that the modern day orange carrot was developed by crossing the mutated yellow and white rooted carrots as well as varieties of wild carrots, which are quite distinct from cultivated varieties.

Some think that the reason the orange carrot became so popular in the Netherlands was due to the emblem of the House of Orange coinciding with the ongoing struggle for Dutch independence during the 17 century.

But it might also be that the orange carrots that the Dutch developed were sweeter tasting and more fleshy than their purple counterparts, thus providing more food per plant and providing a better taste.

Fascinating Facts: The Sun is White, Not Yellow 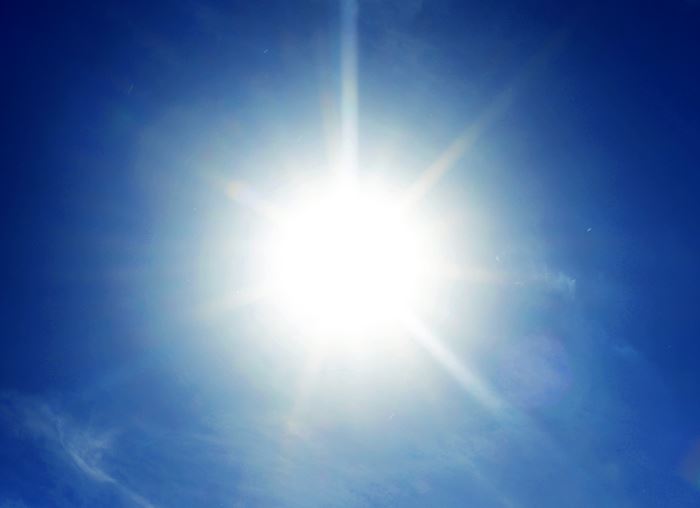 For the graphics people out there, the exact color of the sun is #fff5f2. The reason the Sun looks yellow to people is that our atmosphere scatters light from the Sun; so the perceived color of the sun changes. This same scattering effect is why the sky looks blue in the day time instead of black, like at night.

Specifically, what is going on is the Earth’s atmosphere scatters light in the blue and violet wavelength range, so the remaining wavelengths of light appear yellow. This same effect is why the sky will also often appear yellow when the Sun is disappearing over the horizon, as well as why the sky and Sun can appear more red at times during this phase of the day.

As the sun is setting, more of the shorter wavelength blue is being scattered because of the decreased angle of the sun relative to you; thus the light has to pass through more atmosphere to get to you. This increased diffusion results in less of the blue wavelength being visible to you and thus what remains appears yellow. Similarly, if it is dusty or there are a lot of other larger particles in the air, this will filter out larger wavelengths, resulting in a red sky and red sun.

The United States Once Planned On Nuking The Moon 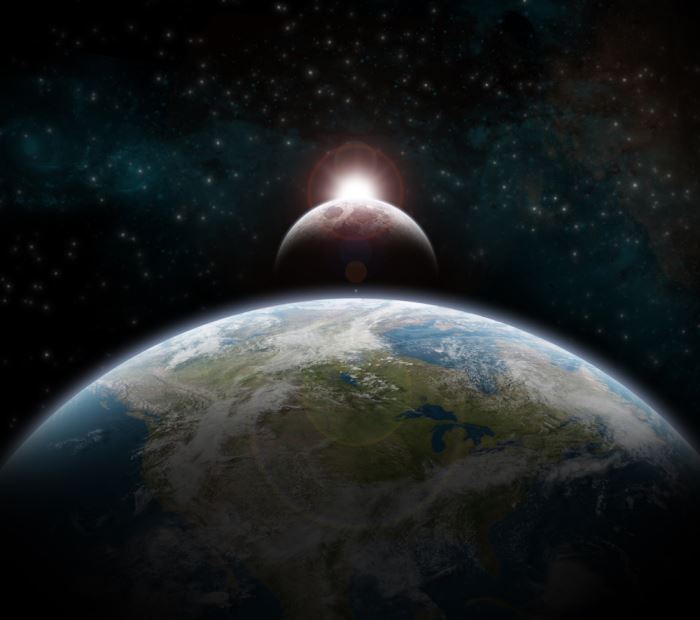 If you presumed that the reasoning behind such an act was “because we can”, you are entirely correct. The United States had vague plans to nuke the moon in order to one-up the Soviet Union, who were perceived as leading the space race at the time.

The project was labeled “A Study of Lunar Research Flights” or “Project A119″ and was developed by the U.S. Air Force in the late 1950s. It was felt that this would be a relatively easy thing to do and would also boost public perception of America’s position in the space race.

According to one of the leaders of the project, physicist Leonard Reiffel, hitting the moon with an intercontinental ballistic missile would have been relatively easy to accomplish, including hitting the target with an accuracy of about two miles. This accuracy would have been particularly important as the Air Force wanted the resulting explosion to be clearly visible from Earth.

As such, it was proposed that the explosion happen on the border of the visible part of the moon, so that the resulting cloud would be clearly visible, being illuminated by the sun. The project was eventually scrapped as it was felt that the public would not respond favorably to the U.S. dropping a nuclear bomb on the moon. 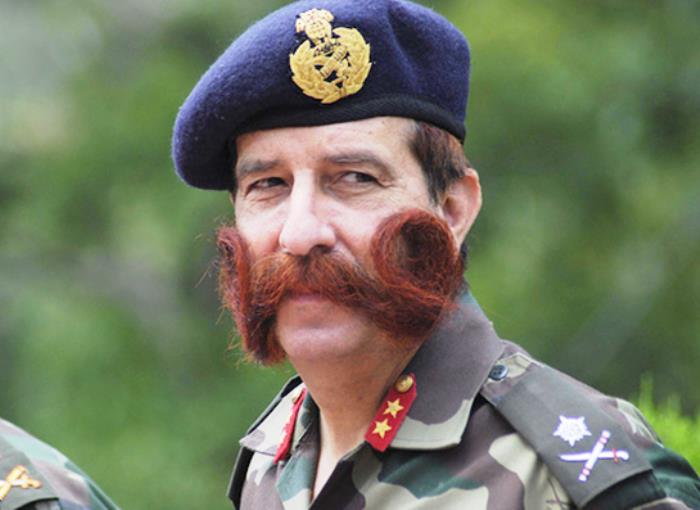 Command No. 1,695 of the King’s Regulations read: “The hair of the head will be kept short. The chin and the under lip will be shaved, but not the upper lip…”

If a soldier shaved his mustache, he faced disciplinary action by his commanding officer which could include imprisonment, an especially unsavory prospect in the Victorian era.

Initially, this follicular fashion statement was all about virility and aggression. Beard and mustache growth was rampant in places like India where bare faces were scorned as being juvenile and un-manly, as well as in various Arab countries where mustaches and beards were likewise associated with power.

British soldiers in these regions quickly found out that bare faces resulted in a decided lack of respect from the natives, so began sporting facial hair.

Partially as a result of this, in 1854 sporting a mustache became compulsory for the troops of the East India Company’s Bombay Army. In 1860, as noted, this became a requirement for everyone in the British military.

In 1916, the regulation was dropped and troops were allowed to be clean-shaven again. This was largely because such a superficial requirement was getting ignored in the trenches of WWI, especially as mustaches could sometimes get in the way of a good gas mask seal. The order to abolish the mustache requirement was signed on October 6, 1916 by General Sir Nevil Macready, who himself hated mustaches and was glad to finally get to shave his off.

Fascinating Facts: Where The Words “Geek” and “Nerd” Come From 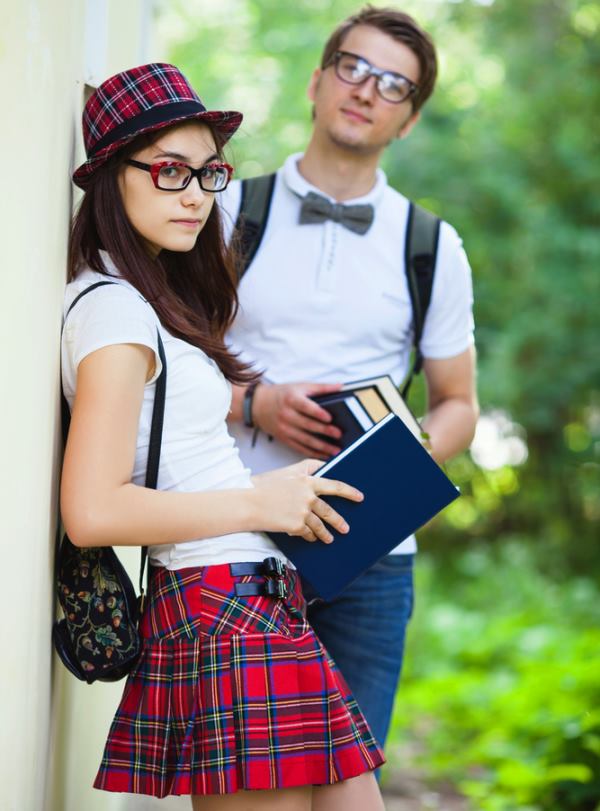 The first documented case of “geek” dates all the way back to 1916. At the time, the term was used to describe sideshow freaks in circuses.

Specifically, it was typically attributed to those circus performers who were known for doing crazy things like biting the heads of various small live animals or eating live insects. These performances were often called “geek shows”. The word itself, “geek”, came from the word “geck”, which was originally a Low German word which meant someone who is a “fool/freak/simpleton”.

The first documented case of “nerd” was in Dr. Seuss’s If I Ran the Zoo in 1950. The specific text was: “a Nerkle, a Nerd, and a Seersucker too”. It was just one year after the Dr. Seuss book, in 1951 in a Newsweek magazine article, that we find the first documented case of “nerd” being used similarly to how we use it today. Specifically, they used it as being synonymous with someone who was a “drip” or a “square”.

There are two popular theories as to where the word derived from. The first is that it was perhaps derived from “drunk” spelled backwards, “knurd”. This was fitting to describe people who studied instead of going out with friends and partying.

A somewhat more popular theory suggests that it came from a modification of “nut”, specifically “nert”, which meant “stupid or crazy person” and was common in the 1940s, directly before the term “nerd” showed up. The word nerd ended up becoming fairly popular in the 1960s and by the 1970s was hugely popularized by the TV show Happy Days, where it was used frequently.

This post was written by our friend Daven of Today I Found Out, who just released The Wise Book of Whys available in Kindle, print, and audiobook forms!

And if you enjoyed these fascinating facts from Today I Found Out, check out our other posts on interesting space facts, , and fun facts that are awesome for trivia!