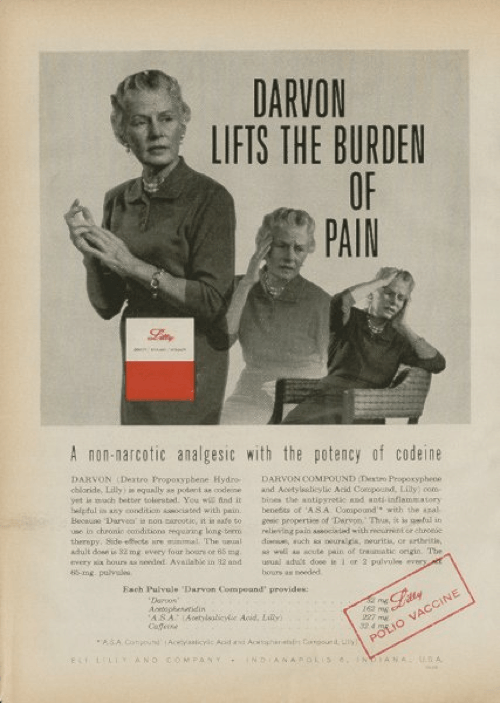 Darvon / Darvocet was on the market for 55 years as an opioid pain reliever. And while the “non-narcotic analgesic with the potency of codeine!” may have gotten rid of that headache, it was awful for your heart. In creating serious cardiac abnormalities, Darvon / Darvocet was responsible for 2,110 deaths between 1981 and 1999 alone.

When it came time to get it off the market, the FDA did a great job of dragging their feet. They were petitioned back in 1978, then again in 2006 (a year after the UK did away with the drug) to ban Darvon/Darvocet. In January 2009, an FDA advisory committee voted 14-12 against continued marketing, but when July rolled around, the FDA announced that it would continue to market the drug, just with a little more fine print that included, “risk of fatal overdose.”

It wasn’t actually taken off the market until 2010, when a clinical trial used electrocardiograms to clearly demonstrate how just a standard dose of the pain reliever altered the heart’s electrical activity, potentially causing serious or life-threatening arrhythmias. 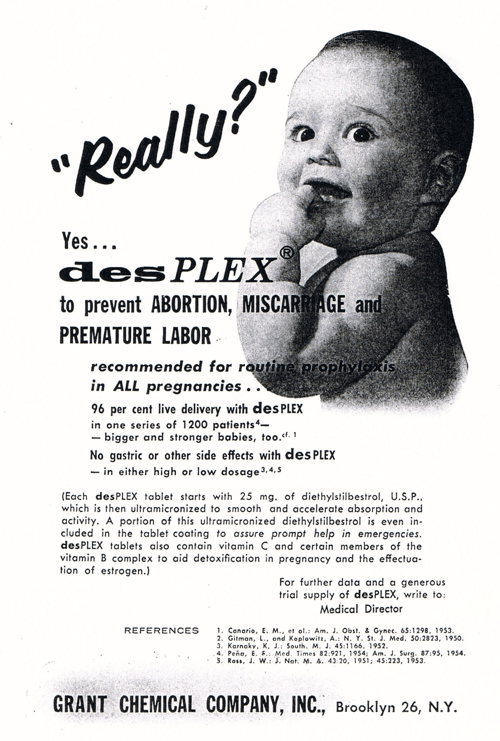 Here’s an even more sobering one: DES, a synthetic form of estrogen, was marketed to the expecting mother who preferred to have a healthy baby. It claimed to prevent spontaneous abortion, miscarriage, and premature labor.

It was actually extremely unsuccessful at accomplishing any of the above. Instead, it created a slew of other problems that affected multiple generations, including:

DES truly stands out among the many highly destructive, remarkably ineffective FDA mistakes. Approximately 5-10 million mothers and female fetuses were exposed to DES, and although the number of users fell in the 1960s (when everyone realized that the drug was useless at doing what it was intended to do), studies soon showed that mothers who took DES during the first five months of pregnancy were more likely to suffer from complications with their reproductive systems. The FDA finally banned it in 1971.

While the harmful complications of DES could affect both the woman taking the medication and her children, there was even potential risk for the third generation of the family. In other words, the grandchildren of the person who took this drug could suffer health complications.