Archaeologists Found The Remains Of A Teenage Girl Who Hunted Big Game 9,000 Years Ago

The study suggests that gender roles in ancient cultures were much more fluid than previously thought. 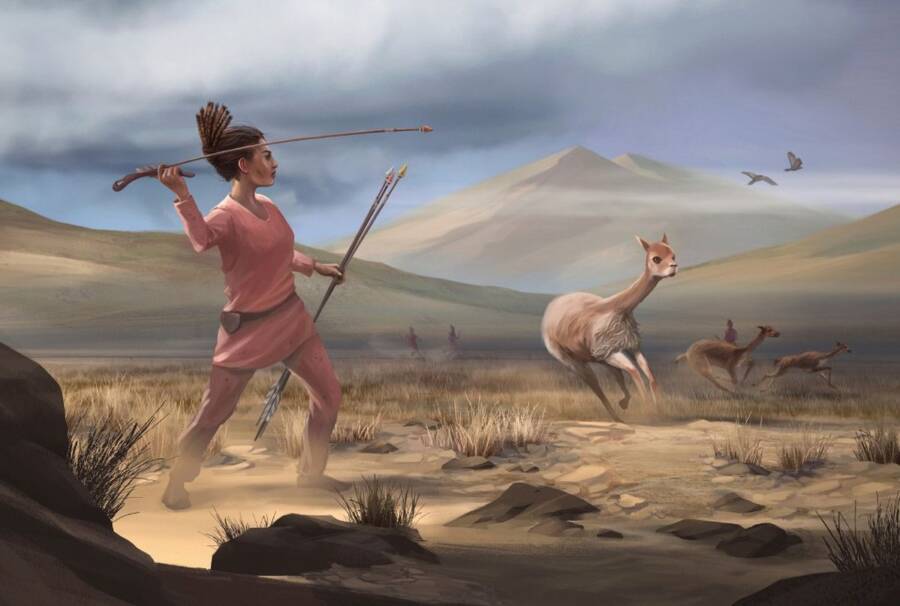 The newly unearthed remains of a teenage girl who hunted big game 9,000 years ago have scientists questioning their assumptions about gender roles in ancient hunter-gatherer societies.

According to Popular Science, excavations at the Wilamaya Patjxa site in the Peruvian Andes uncovered a batch of six skeletons, two of which were buried with hunting tools. A study of the two remains suggests that one of them was a teenage girl, leading scientists to believe that women contributed as big game hunters in this ancient society.

The girl, whose remains date back 9,000 years, was estimated to have been 17 to 19 years old at the time of her death based on her bones and tooth enamel, according to a study published in the journal Science Advances. The girl’s burial was particularly interesting to researchers due to the items that were found buried alongside the body.

There were several stone projectile points, likely parts used with an atlatl or spear-thrower tool, big rocks for breaking bones and scraping hides, and small rocks with sharp edges for butchering meat.

“All these things together told us that this was a hunting toolkit,” said Randall Haas, an archaeologist at the University of California. “This was really surprising to us…given our understanding of the world, which was that in hunter-gatherer societies males hunt and females gather or process subsistence resources.” 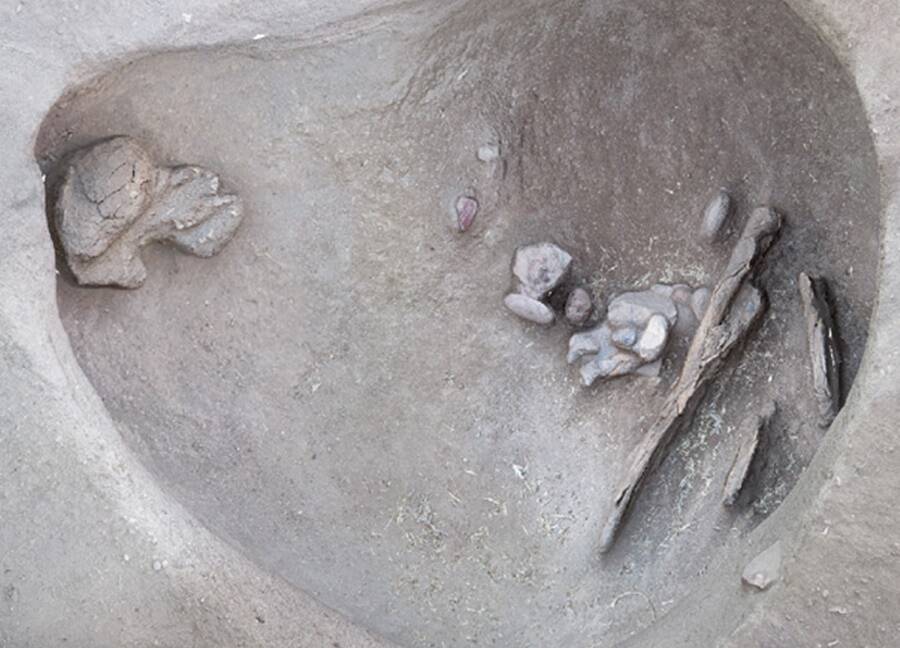 Randall Haas/University of CaliforniaThe teenage girl was buried with what archaeologists believe was a hunting tool kit.

The team also found the remains of several large mammals at the site like taruca or Andean deer, and vicuña, animals related to alpacas.

The discovery counters the long-held belief among archaeologists that hunter-gatherer societies divided tasks based on the traditional sex-based limitations familiar in modern society; big game hunting was the responsibility of male family members while the women looked after the children.

This gender-based division of labor has been found in many contemporary hunter-gatherer societies, and it’s especially rare for women to take on the task of hunting big game. But the ancient cultures of the Americas that existed thousands of years ago may have had a more liberal way of doing things.

Was this really a common cultural practice or was this girl just an anomaly? To find out, Haas and his team reviewed previous studies and records of burial sites across the Americas from the last five decades. Researchers found that 11 out of the 27 individual remains that were uncovered with big game hunting tools were women while 16 of them were men.

“At that point, we felt…pretty confident that there was something different going on among these past hunter-gatherer groups compared to more recent ones,” Haas said.

A factor that may have contributed to this cultural difference between ancient groups and more modern hunter-gatherer societies is their hunting methods.

Randall Haas/University of CaliforniaIt was one of many burials found that featured women hunters in the last 50 years.

“We think that people were engaged in more group hunting practices,” said Shannon Tushingham, an archaeologist and director of the Museum of Anthropology at Washington State University who was not involved in the new study.

“It would make sense that men and women and children were all dispatching these large animals.” In other words, everyone played a role in making sure that there was enough food for survival.

Archaeologists also suspect that these ancient cultures practiced alloparenting, a form of collective child-rearing which would arguably relieve women members from the sole responsibility of looking after the children.

Authors of the study contend that “a degree of contemporary gender bias or ethnographic bias” among researchers may be why the notion that these ancient cultures were as gendered as contemporary societies continues to persist.

The theory that soldiers or warriors were mostly men has also come under scrutiny following the discovery of warrior women burials across the world. In April 2020, the remains of two Xianbei women excavated from an ancient Mongolian cemetery suggested the women were avid archers and horseback riders, common activities among military-trained individuals.

As for this teenage hunter found in Peru, Tushingham noted that the findings are “really demonstrating that gender roles were much more fluid in the past, particularly early in time in the Americas.”

Next, read about the 1,000-year-old Slavic warrior woman found alongside her ax. Then, learn about the Shieldmaidens, the Viking warrior women who fought just as fiercely as their men.