Experts believe this is the first evidence ever found of a Viking woman with a battle injury. 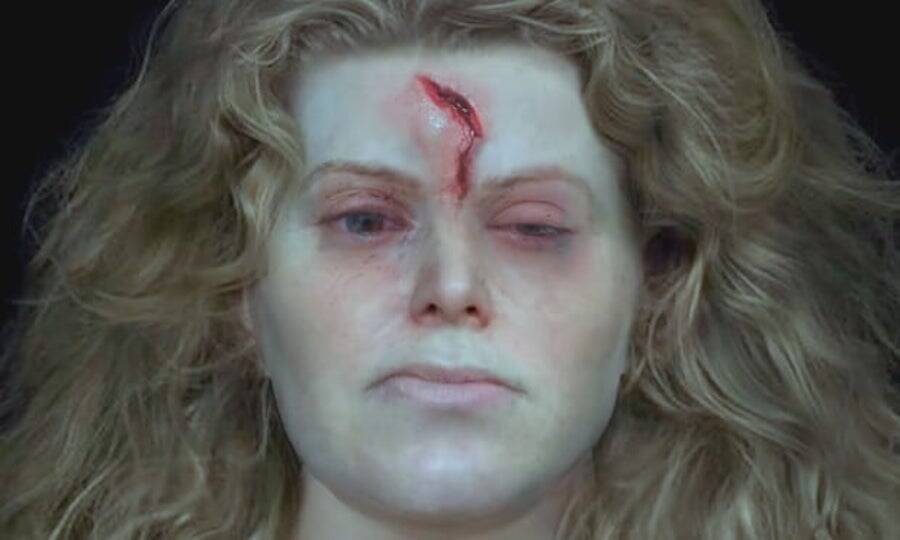 A skeleton found in a Viking graveyard in Solør, Norway has been identified as female for years, but experts weren’t sure if the woman was really a warrior when she was alive. Now, cutting-edge facial reconstruction appears to confirm her status as a fighter.

According to The Guardian, archaeologist Ella Al-Shamahi explained that this latter part was in dispute “simply because the occupant was a woman” — despite her burial site being filled with an arsenal of weaponry that included arrows, a sword, a shield, a spear, and an axe.

British scientists presume that the apparent head wound on her skull came from a sword, though whether this was the woman’s cause of death remains unknown. Examination on her remains has shown signs of healing, which could indicate this had been a much older injury.

Nonetheless, the 3D facial reconstruction has brought her visage back to life after more than 1,000 years — complete with brutal laceration. Al-Shamahi believes this is “the first evidence ever found of a Viking woman with a battle injury.”

The detailed digital restoration itself is certainly eye-catching. But perhaps even more fascinating is that the idea that female Vikings weren’t warriors is being firmly contested once again.

The misguided argument was most recently challenged in 2017, when a DNA test confirmed a warrior buried with weaponry and horses in Sweden had been female.

For Al-Shamahi, merely looking upon a reconstruction of the woman — whose remains are now preserved in Oslo’s Museum of Cultural History — has been a scientific victory.

An expert in ancient human remains, Al-Shamahi is set to present an upcoming National Geographic documentary on the achievement.

“I’m so excited because this is a face that hasn’t been seen in 1,000 years,” said Al-Shamahi. “She’s suddenly become really real,” she said, adding that the grave was “utterly packed with weapons.” According to Ancient Origins, many Viking warriors believed that weapons could be used in the afterlife. 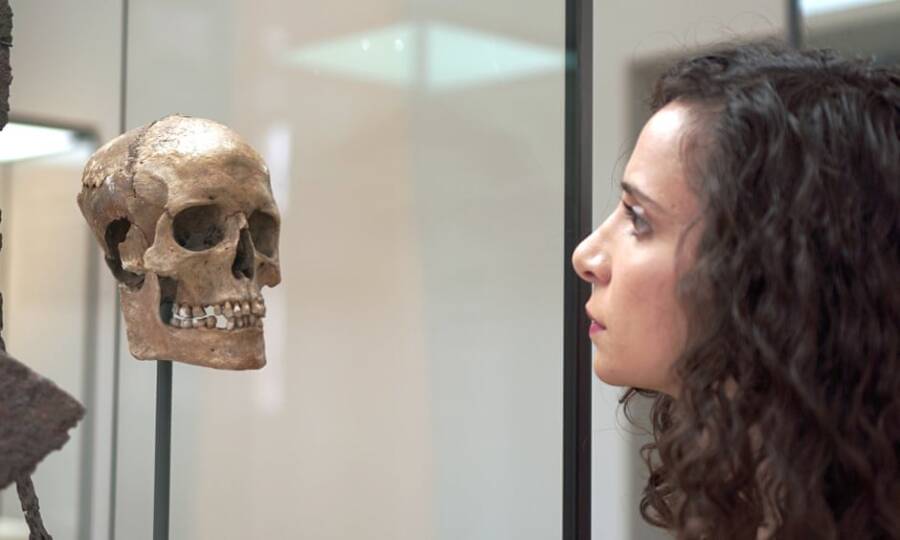 Dr. Caroline Erolin, who worked on the reconstruction and lectures at the University of Dundee in the Center for Anatomy and Human Identification, made it very clear that the results are not perfect. The process began by adding muscle tissue and then layering skin atop.

“The resulting reconstruction is never 100 percent accurate, but is enough to generate recognition from someone who knew them well in real life,” she explained.

As for our retroactive efforts to employ modern tools to observe older ones, and those who carried them, Al-Shamahi believes this is “transforming” our collective knowledge on this particular era. The same technology used to recreate this woman’s face was also used to recreate her grave.

In the forthcoming National Geographic documentary, the researcher is shown traveling around Scandinavia to analyze Viking burial sites and using these modern tools to reconstruct their contents. This will include a segment on the aforementioned Birka Warrior discovered in Sweden.

A TED Talk by paleoanthropologist Ella Al-Shamahi, who worked on this project.

Though there remain adamant opponents who insist women couldn’t have been warriors during that particular era, Al-Shamahi goes as far to suggest that the Birka Warrior “could have been a military commander.”

The expert acknowledges that bone density and muscle mass could’ve been fatal advantages that male warriors had over women — and that this is likely the root of the widespread disbelief.

However, Al-Shamahi argues that women would’ve simply adapted — and fought as long-distance warriors. By firing off arrows from horseback or merely from far away, they might’ve been “an equal match for men.”

For Viking expert and archaeological consultant on the project, Professor Neil Price, these latest discoveries are just the beginning. He believes women played a substantial role in Viking warfare. These recent findings certainly serve as strong evidence for that.

“There are so many other burials in the Viking world,” he said. “It wouldn’t surprise me at all if we find more [female warriors].”

After learning about the digital facial reconstruction of a female Viking warrior buried more than 1,000 years ago, read about the 1,200-year-old Viking sword discovered on a Norwegian mountain. Next, learn about the Viking warrior women known as Shieldmaidens.