How Festivus Went From ‘Seinfeld’ To Cultural Phenomenon

A holiday of airing grievances and decorating with a bare aluminum pole, Festivus was popularized by "Seinfeld" in 1997 — but it actually began decades before that.

While millions around the world prepare for Christmas, thousands of loyal Seinfeld fans begin to gather around their unadorned aluminum poles and air their grievances for Festivus. 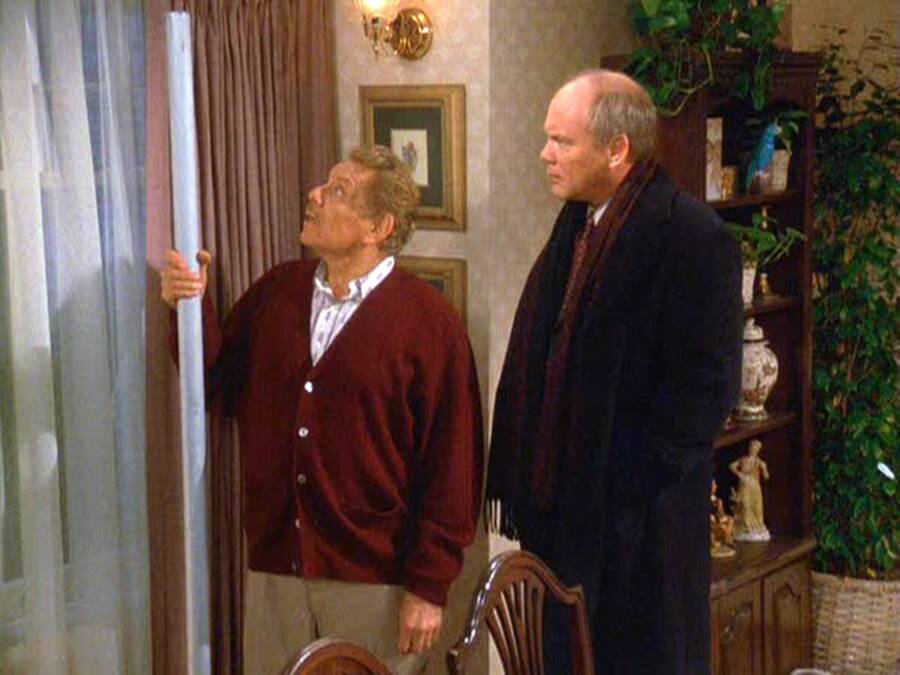 But just what is Festivus, the holiday “for the rest of us” celebrated two days before Christmas?

Though it became famous thanks to a 1997 episode of the hit sitcom Seinfeld, the tradition actually started with one very real American family in 1966 — and has since turned into a bona fide cultural phenomenon.

What Is Festivus, The Holiday ‘For The Rest Of Us’?

The world first learned of Festivus during the Dec. 18, 1997 episode of Seinfeld, “The Strike,” the 10th episode of the show’s ninth and final season.

It was then that Frank Costanza, portrayed by Jerry Stiller, explained the holiday to the show’s characters — and to the world at large.

“Many Christmases ago, I went to buy a doll for my son,” Frank said. “I reached for the last one they had, but so did another man. As I rained blows upon him, I realized there had to be another way.” 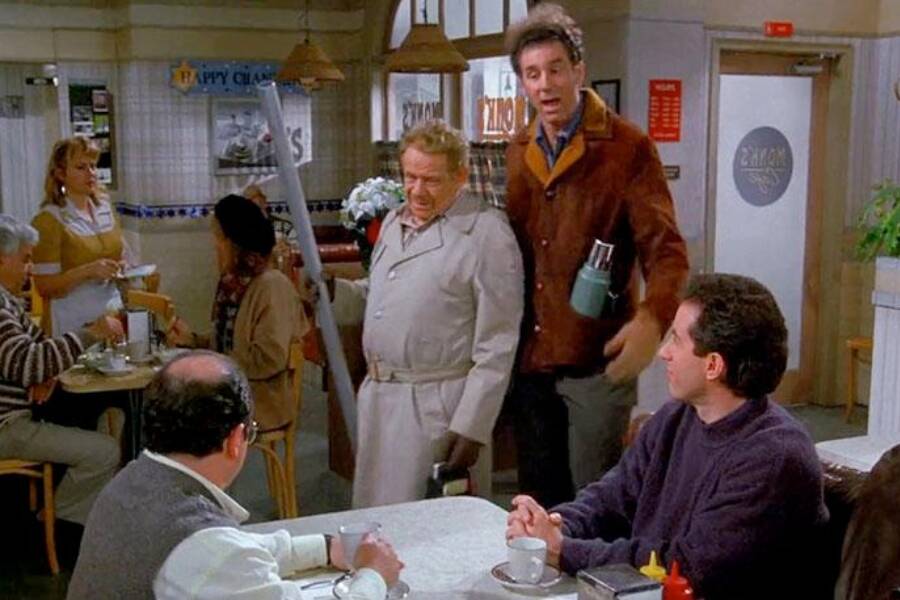 NBCFrank Costanza carrying a traditional aluminum pole in the Festivus episode of Seinfeld.

According to Frank, the holiday is celebrated on Dec. 23rd — to “get a leg up on Christmas” — and involves three basic components. First, there’s the Festivus pole, which has no decorations, unlike a Christmas tree. Then, there is a display of feats of strength — like wrestling — after dinner. Finally, there’s the airing of grievances, in which everyone can tell their family members and friends how they’ve disappointed them in the past year.

The holiday was perfectly befitting of George Costanza’s dysfunctional, oddball family. And though George famously hated the holiday, the Festivus episode delighted Seinfeld fans, many of whom wondered what inspired it in the first place.

As it turned out, the Festivus episode of Seinfeld came directly from the mind of one of the show’s writers, Dan O’Keefe.

However, Festivus wasn’t just a creation of O’Keefe’s imagination for the show. He actually spent his childhood celebrating the holiday.

Inside The True Origins Of Festivus

Festivus seems too ridiculous to be real. But for Seinfeld writer Dan O’Keefe, it was just a part of growing up.

“It is a fake holiday my dad made up in the ’60s to celebrate the anniversary of his first date with my mother,” O’Keefe told Yahoo! News in 2015. 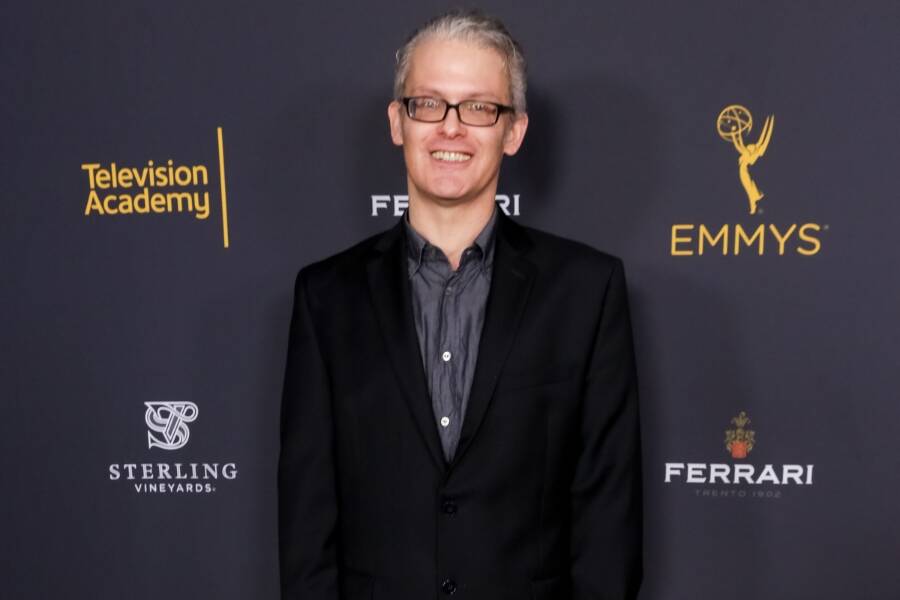 “It was something that we celebrated as a family in a very peculiar way through the ’70s, and then I never spoke of it again. I had actually forgotten about it because I had blotted it out of my mind,” he continued.

On Festivus, O’Keefe and his family aired grievances and tried to outdo each other in feats of strength. Though he mentioned it once in passing to one of his fellow Seinfeld writers, O’Keefe had no intention of including it in the show.

But the other writers found it wonderfully weird — and, more importantly, so did Jerry Seinfeld.

“‘Jerry thinks this is hilarious and we want to put it in the show,'” O’Keefe recalled other writers on the show telling him, as reported by the New York Post.

They convinced O’Keefe to help write the episode, which he did, throwing in “true” parts of Festivus like its tagline, “a Festival for the Rest of Us,” and adding weird, new details like the Festivus pole.

“That came out of Festivus being anti-commercial, and what’s the least like a tree?” said Alec Berg, one of the writers on the episode. “A warm living thing, and just an antiseptic metal pole.”

O’Keefe said years later, “I mean this in the nicest way possible: My father was an undiagnosed bipolar, severe alcoholic who nonetheless was extremely high-functioning.” His father, Daniel O’Keefe, was an editor for Reader’s Digest who “came from an extremely working-class background, which he was constantly trying to make sure no one knew about — and in so doing, he reminded everyone of it constantly.” 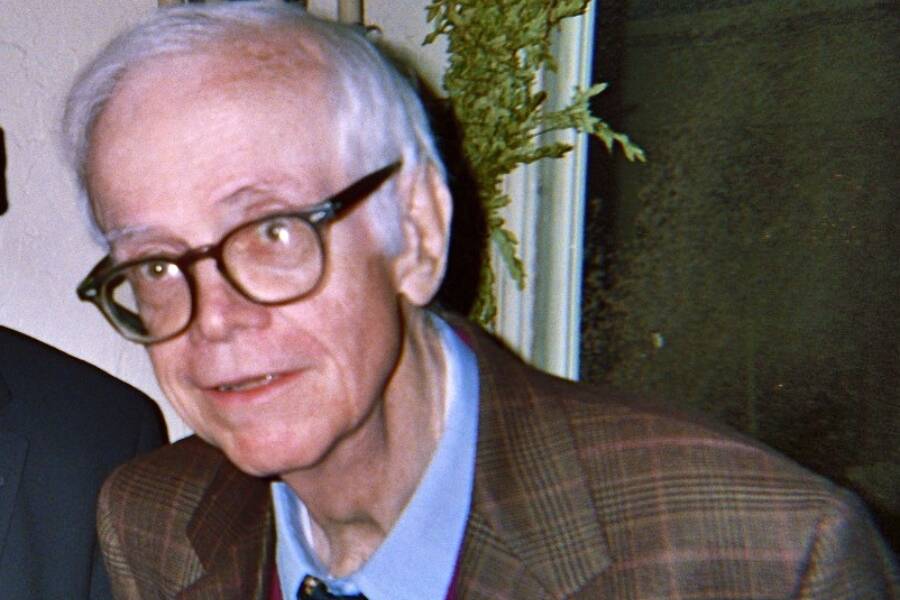 Dan O’Keefe/Wikimedia CommonsDaniel O’Keefe, the Reader’s Digest editor and father of Dan O’Keefe who created Festivus as a family tradition in the 1960s.

Still, O’Keefe remarked that his family’s version of the holiday was “entirely more peculiar than on the show.” For some reason — O’Keefe can’t imagine why — his family’s celebrations included a clock in a bag.

Sometimes, O’Keefe said, the celebration was brought about because his father was “extremely hungover and wanted to jump-start his synapses.”

At first, O’Keefe even tried to dissuade his coworkers from turning Festivus into an episode for the show, but eventually, he said to himself, “F— it, if this has to be smeared onto the world, I might as well be the hand doing the smearing.”

The episode aired to great acclaim, but no one could have predicted what would come next: The O’Keefe family’s fake holiday delighted people so much that they decided to celebrate it for themselves.

After the Seinfeld Festivus episode aired, something peculiar happened. People wanted to celebrate Festivus for themselves. They bought poles, tackled each other to the ground, and gleefully shouted their grievances.

Before long, celebrations spread from coast to coast. A New York Times article about the holiday which ran in 2004, seven years after the Seinfeld Festivus episode, recorded holiday gatherings in Florida, Washington, Texas, and other states. 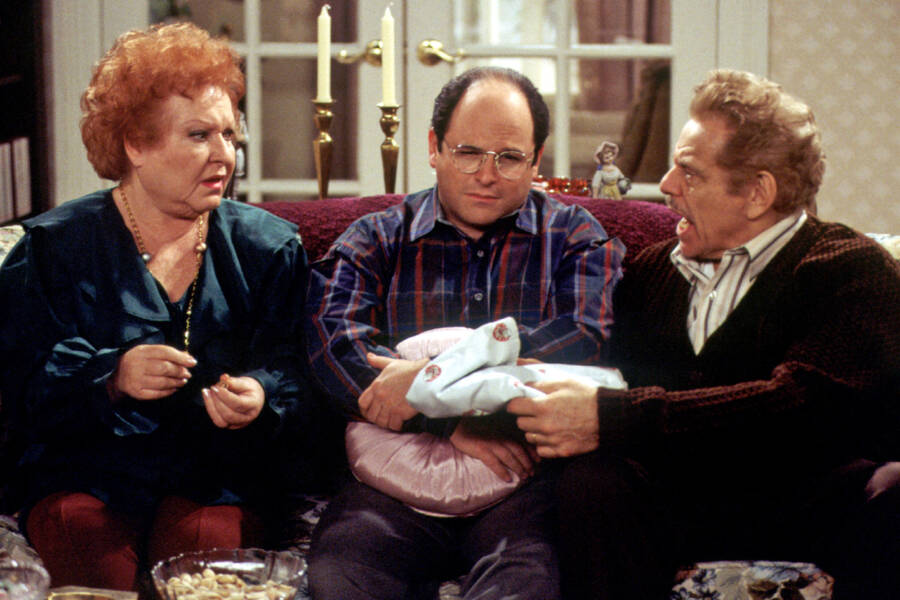 NBCGeorge Costanza (played by Jason Alexander, middle) was forced to celebrate Festivus with his family on the Seinfeld episode “The Strike.”

People stuck poles in the ground and attended Festivus parties. One fan even built a website with holiday-themed greeting cards that said things like, “You’re a disappointment! Happy Festivus!”

Politicians, newspapers, and protestors have also started celebrating the holiday. Senator Rand Paul has been known to air his grievances on Twitter, the Tampa Bay Times allows readers to submit their grievances for publication, and protestors in 2013 and 2014 even erected a Festivus pole at a nativity scene in Florida to advocate for the separation of church and state.

The proliferation of Festivus led the elder O’Keefe, who died in 2012, to wonder: “Have we accidentally invented a cult?”

Maybe so. But Festivus seems to be here to stay.

As Frank Costanza said, “Gather your family around and tell them all the ways they have disappointed you over the past year.”

‘Tis the season of Festivus!

After reading about the origins of Festivus, learn how one Seinfeld writer sought compensation when McDonald’s stole his “muffin tops” idea. Or, discover the story of Joel Rifkin, the NYC serial killer who became part of a Seinfeld plot line.