Florida Man Breaks Into Crocodile Enclosure, Leaves Behind A Pair Of Crocs 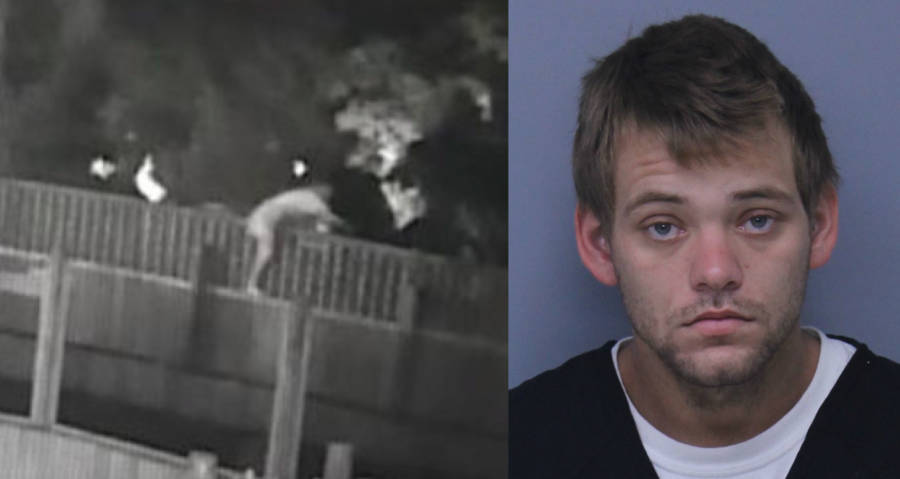 On Nov. 6, when staff members at a Florida alligator farm entered a crocodile enclosure and saw two floating Croc shoes and discarded clothing, they were worried.

The employees at the Alligator Farm Zoological Park in St. Augustine, Fla. did not see a victim in the enclosure but did soon find a trail of blood that reached the top of the 20-foot enclosure. According to the Florida Times-Union, they alerted police right away.

Police solved the mystery rather quickly after arresting 23-year-old Brandon Hatfield nearby. Someone had already called 911 and reported a bloody man stripped down to his underwear crawling through a local woman’s yard. Surveillance video taken at the enclosure during the time of the break-in also revealed that Hatfield had entered the park at around 7:45 p.m. on Nov. 5 and spent four hours in the exhibit.

In the video, the Florida man can be seen jumping multiple times from the 20-foot enclosure wall into the crocodile pit below. He showed little fear of the three 12-foot-long crocodiles inside, one of which lunged at him.

In the arrest report for Hatfield, an officer noted that Hatfield was sitting on the bank of the pool when a crocodile latched onto his foot. Hatfield then frantically began trying to fight off the crocodile and eventually managed to get away.

Before staff members at the Alligator Farm Zoological Park were even aware of the break-in, a neighbor in the area called police after they saw a suspicious man “doing a slow, creeping crawl” across her property. The crawling man turned out to be Hatfield, who’d apparently lost his clothes in his nighttime swim and was now nursing crocodile bite injuries. 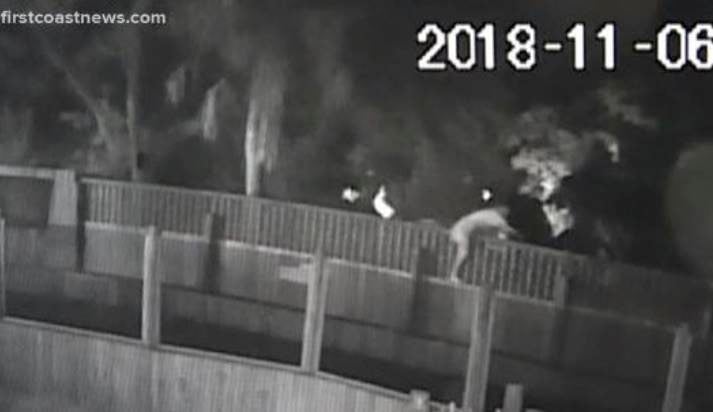 Florida Times-UnionBrandon Hatfield escaping the crocodile exhibit after being bitten by the animals.

“There’s a man with only gym shorts crawling,” the caller said. “He’s just crawling with his shorts halfway down his [butt] and no other clothes.”

Another man in the neighborhood, Jeff Black, reported that he found Hatfield in his yard and was ready to sick his dogs on the nearly-naked man, but instead his wife called the police.

“A little weird to see somebody that early in just boxers going over your wall into your property,” Black said. “He kept saying. ‘I was held hostage in a pool with gators.’”

“He says, ‘Yeah, I got bit by alligators.’ Everybody’s looking at him like, ‘OK, he’s got to be on something,’” Black added.

After receiving the call from the staff at the Alligator Farm, police quickly put two and two together and arrested Hatfield.

In the arrest report, the Florida man told officers that an “old man had the alligators on a leash and he was surrounded by all these baby alligators in the old man’s garage.” He also claimed that the “old man was feeding him to his alligators” and “began forcing him to drink this black concoction.”

The police did not buy Hatfield’s bizarre story and completely discounted it after reviewing the surveillance video. Meanwhile, alligator farm director John Bruggen agreed with the neighbor that Hatfield must not have been in his right mind.

“I would think he’s on some sort of drugs,” Brueggen said. “I’m concerned about an individual who literally climbs up a wall that’s meant to keep you from crocodiles and leaps over the wall into the water with them.”

Hatfield was treated at Flager Hospital for his crocodile bites and an ankle injury sustained from jumping into the exhibit.