Other suspects arrested in "Operation March Sadness 2" include a teenager and a former circuit court judge. 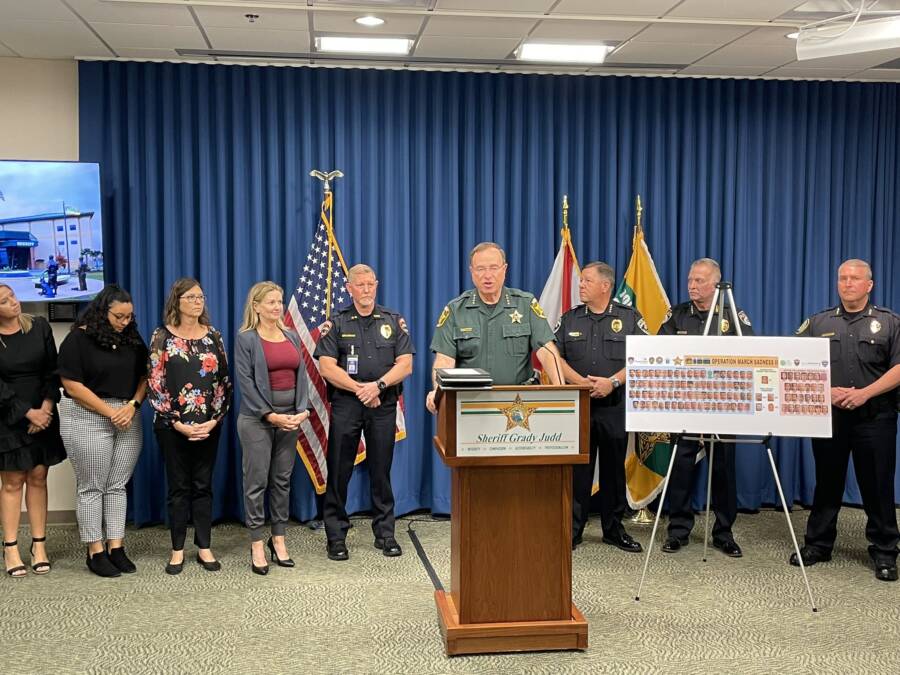 A six-day undercover human trafficking sting operation in Florida has led to the arrests of 108 people, including four former and current Disney employees.

The sting began Tuesday, March 8, 2022. The Polk County Sheriff’s Office said that the goal of the operation was “to identify and free any victims who were being forced into prostitution (human trafficking), or anyone participating in the trafficking of victims.”

The majority of the arrests made were of sex workers and those soliciting sex work, but police also arrested suspects on charges of human trafficking and preying on children online.

During the sting, dubbed “Operation March Sadness 2,” detectives went undercover to communicate with sex workers who had posted online advertisements on various website and social media platforms. They also had conversations with people soliciting sex work.

After communicating with the suspects, detectives invited them to meet up at a location where they were then questioned and arrested.

Polk County Sheriff Grady Judd said, “The arrests of a human trafficker and four child predators alone makes this whole operation worthwhile. Where there is prostitution, there is exploitation, disease, dysfunction, and broken families.”

Members of anti-trafficking organizations One More Child, Heartland for Children, and Selah Freedom of Sarasota were present during the operation to offer services and counseling to sex workers.

One of the sex workers who showed up to the location informed police that she was being forced into the job. She accused 32-year-old Tiffany Nash of threatening violence against her if she didn’t participate in sex work, then taking all the money she made.

Detectives had the woman call Nash to the location, where they arrested her on charges of Human Trafficking, Deriving Proceeds from Prostitution, Possession of Cocaine, Possession of Methamphetamine, and Possession of Drug Paraphernalia.

In addition to sex workers, detectives identified and arrested adults who were inappropriately communicating with children. One of these men, Xavier Jackson, 27, worked as a lifeguard for Disney. 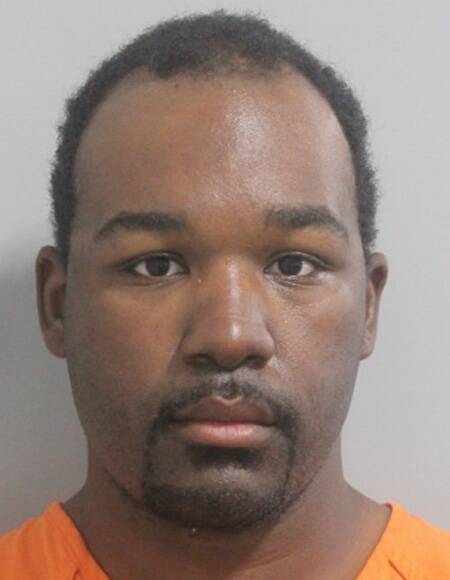 Jackson sent pictures of himself doing “totally inappropriate” things and graphic descriptions of sexual acts to an undercover detective who he believed was a 14-year-old girl.

Jackson was arrested for three counts of Transmission of Material Harmful to a Minor and one count of Unlawful Use of 2-Way Communication Device.

“We protected some little girl someplace that was groomed or potentially groomed by these evil, deviant criminals, thugs, that’s all they are,” said Judd. “They’re dangerous people.”

The other three Disney employees were arrested on charges of Soliciting a Prostitute. They include Wilkason Fidele, 24, who worked at Cosmic Restaurant; Shubham Malave, 27, who worked as a software developer; and Ralph Leese, 45, who worked in IT for Disney.

Of Leese, Judd said, “He’s married. So I’m sure Disney’s not pleased. I bet his wife’s not pleased, but we’re pleased that we arrested him.”

Disney confirmed to CBS News that Jackson, Fidele, and Leese have been placed on unpaid leave, while noting that Malave was no longer an employee at Disney at the time of his arrest. 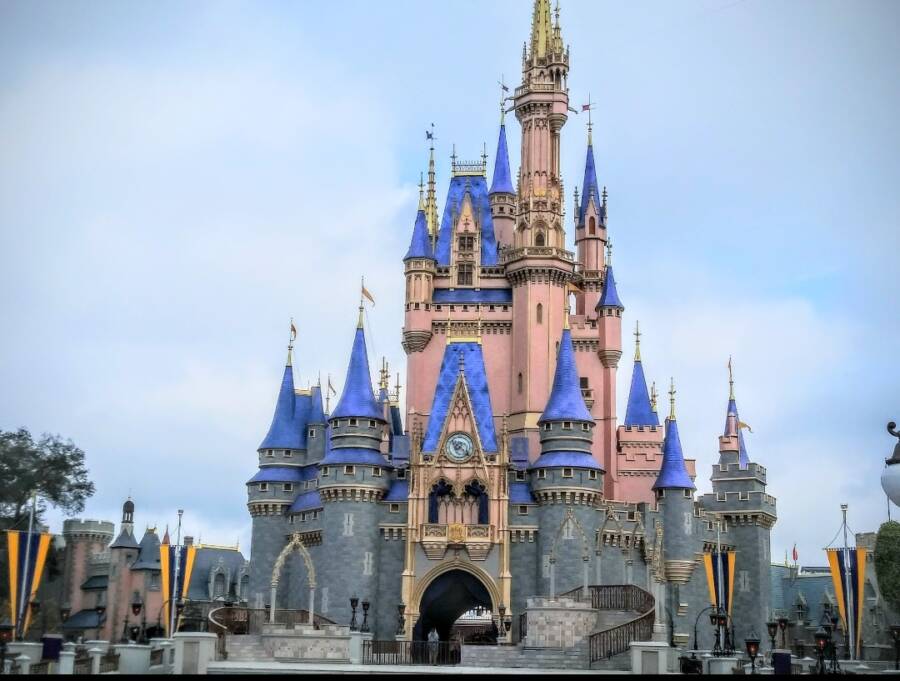 Wikimedia CommonsFour of the men arrested were current or former Disney employees.

On the results of the operation, Judd stated, “What amazes me is we could do another operation starting next week and fill this board up again. And be sure of one thing: These chiefs and I will do just that. We’ll be back and if you violate the law, we’re going to take you to jail. That’s a guarantee.”

The oldest victim arrested in the sting was 67-year-old Derek Collins, who showed up to the residence drinking an Ensure, as reported by CBS News Miami. The youngest was a 17-year-old male. Both were arrested on charges of Soliciting a Prostitute.

Another man arrested on charges of Soliciting a Prostitute, 66-year-old Daniel Peters is a former judge in the Cook County 4th Sub Circuit Court in Illinois and former special assistant for legal affairs in the office of professional regulations at the Cook County Sheriff’s Office. “He requested an attorney,” said Judd. “Well judge, you need an attorney. You got problems.”

The first Operation March Sadness, according to NBC 4 Columbus, took place in 2017 and led to the arrest of 104 suspects. At the time, Judd said, “This is not a star basketball team. These are losers, and they all fouled out.”

After reading about the undercover human trafficking sting in Florida, discover the story of James Bowen, the Florida man who was caught in a child sex sting operation. Or, learn how 500 Indian call center employees were arrested for committing phone scams against U.S. citizens.

Cara Johnson
A writer and editor based in Charleston, South Carolina, Cara Johnson holds a B.A. from Washington & Lee University and an M.A. from College of Charleston and has written for publications ranging from wedding magazines to coffee blogs.
You might also like
Remove Ads
×
Follow ati On
Join The All That's Interesting Weekly Dispatch
Like Follow
Posting....