A professional beekeeper took apart the shower wall, extracted the queen bee, and used a special vacuum to remove "stragglers." 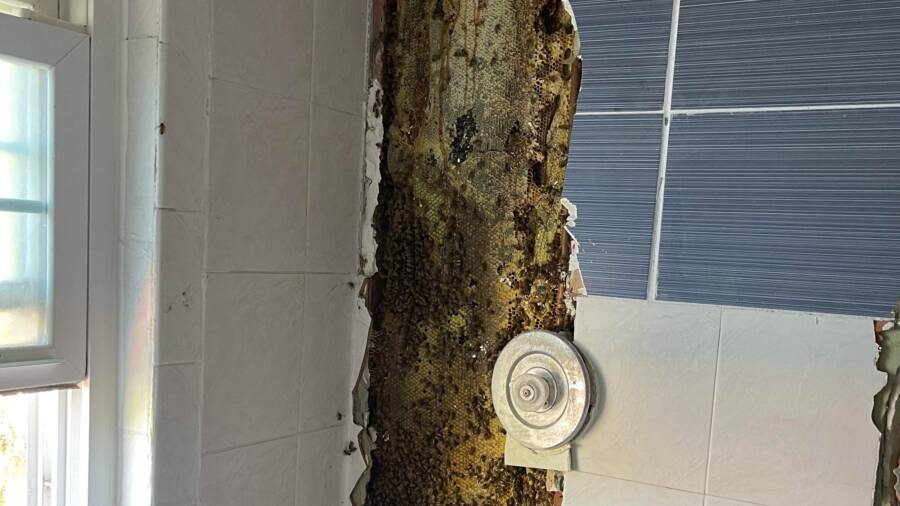 Elisha BixlerIt cost $800 to fully remove the bees from the wall.

Stefanie and Dan Graham knew they had a bee problem. The insects buzzed around the shower and sometimes even stung them. But they didn’t know the extent of the problem until they called in a professional beekeeper.

“I have a heat thermal gun and the hive was pretty large,” explained Bixler, who started by examining the bee’s heat map. “As soon as I started breaking away the tile, I realized how massive this colony was.”

In a clip that’s since gone viral on TikTok, Bixler showed off the stunning hive.

“I got a surprise when I started breaking away the tile behind this shower wall,” Bixler says in the clip, pointing her camera at the seven-foot hive full of buzzing bees. “Look at how much honey is packed away in here.”

There were, she later estimated, between 60,000 and 80,000 bees going about their business in the Graham’s bathroom. And they’d been productive. As she extracted the bees over five hours, Bixler also removed about 100 pounds of their honey.

“There was honey everywhere: walls, floor, on my shoes, doorknobs,” Bixler exclaimed, “I had to pull the wall down to the studs to get all of the [honeycombs] out.” 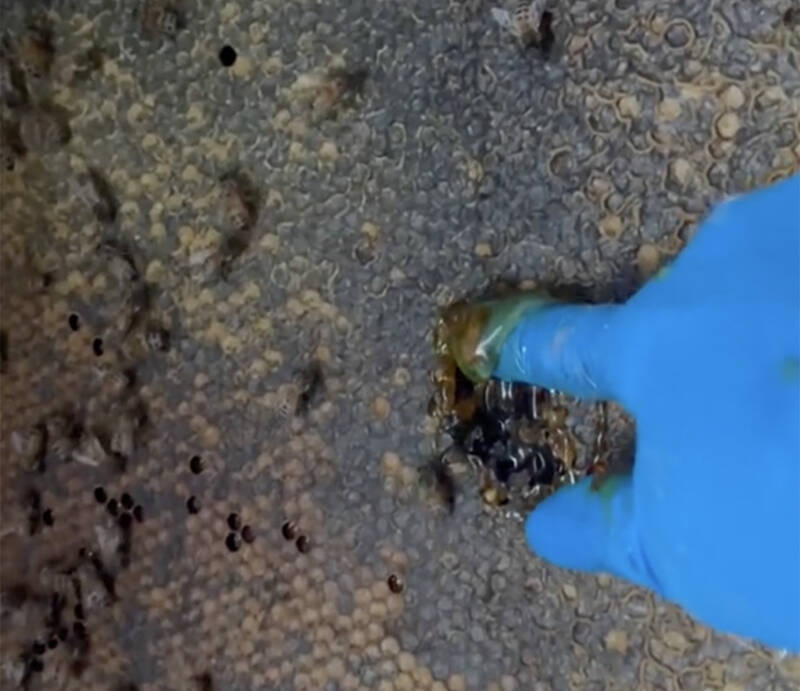 Elisha BixlerBixler points to a glob of honey from within the enormous hive.

Five hours and a couple of bee stings later, Bixler was able to remove the hive. It wasn’t easy. After starting with a simple protective veil, Bixler had to put on gloves and boots. And she had to search through the hive until she found the queen bee which she placed in a cage within a box.

“That makes all the bees go into the box with her,” Bixler said. “She wants to be back in her wall. She thinks that’s her home.”

Soon, though, the bees will have a new home. In her TikTok, Bixler proudly declared: “I’m going to take them home to one of my apiaries (a beehive container).” 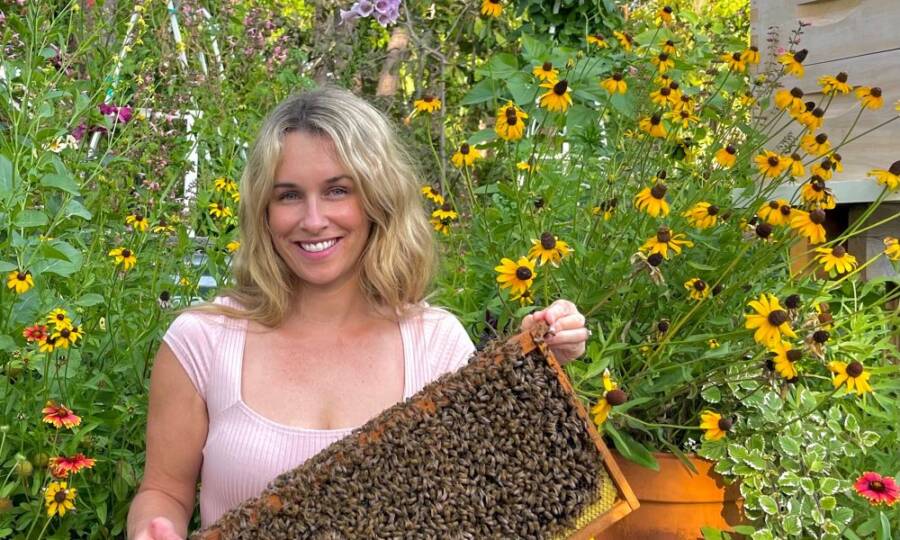 How’s Your Day Honey/FacebookElisha Bixler has been a professional beekeeper for three years.

Following the removal, Bixler charged the family $800 and declared the bathroom bee-free.

“I did tell the bees goodbye,” Stefanie Graham said, noting that she’d read about a ritual called telling the bees, in which people talk to bees about important events, “and that they were getting a new house.”

For a long time, Stefanie added, she and her family had resolved to simply live with the insects. Her children, husband, and two dogs co-existed with the bees that fluttered through the house, even though they occasionally got stung.

“We both really love nature and we love bees,” Stefanie said. “We’re like, ‘We’ll leave you alone. You leave us alone.’ They were nice bees. So we were like, ‘Sure, go ahead, live in our shower.'”

But the buzzing of the bees eventually reached an incessant roar, and Stefanie and her family had to face the insects whenever they went into the bathroom. When they decided to renovate the bathroom, they called Bixler.

Still, the Graham family will likely never forget the bees — especially since they have a souvenir from their former houseguests. Bixler kept some of the honey removed from the shower for herself — and her rescued bees — and shared some with the family.

“I told them they had an option of just biting into that comb, or you can put it into a colander and just squeeze out the honey,” Bixler explained.

In that way, this story of bees taking over a bathroom, building a sprawling hive, and getting removed by the tens of thousands has a rather sweet ending.

After reading about the 80,000 bees in a Florida shower, discover everything you need to know about the lives of bees. Or, see how actor Morgan Freeman turned his ranch into a bee sanctuary.