Three Letters That Former Slaves Sent To Their Masters 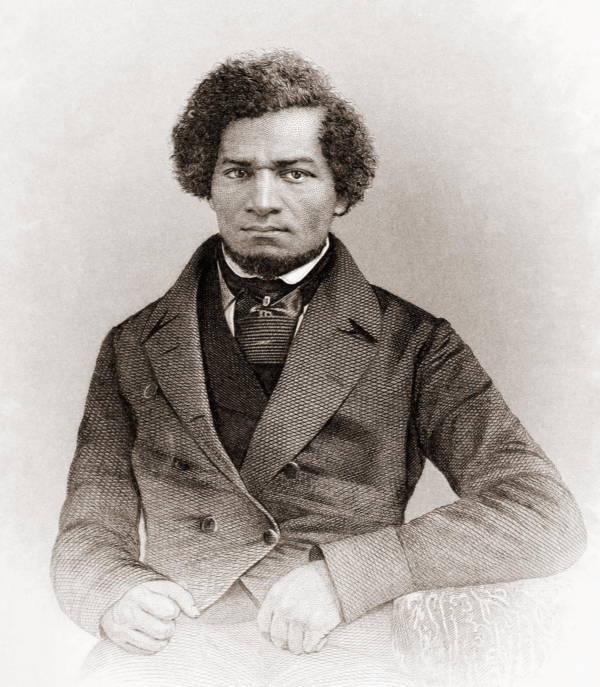 Frederick Douglass — who Donald Trump recently lauded as “an example of somebody who’s done an amazing job and is being recognized more and more, I notice.” — died in 1895. But before that happened, he used his skills as a writer and statesman to promote the abolition of slavery.

In one particularly notable publication, he addressed his former master, Thomas Auld, directly. The letter was published in Douglass’s own newspaper, North Star, in 1847, exactly one year after his escape.

In the letter, Douglass recalls his decision to run away when he was just six years old. He recounts the first time he saw a woman bleeding after being whipped. He describes the first dollar he ever earned as a free man.

He notes what it felt like to see his children learning to read and sleeping in comfortable beds.

“These dear children are ours—not to work up into rice, sugar and tobacco, but to watch over, regard, and protect, and to rear them up in the nurture and admonition of the gospel,” he wrote. “To train them up in the paths of wisdom and virtue, and, as far as we can to make them useful to the world and to themselves.”

Douglass reprimands Auld several times throughout the letter, but none of his rebukes are more powerful than the way he ends his note — with startling generosity and goodwill.

“I entertain no malice towards you personally,” he wrote. “There is no roof under which you would be more safe than mine, and there is nothing in my house which you might need for your comfort, which I would not readily grant. Indeed, I should esteem it a privilege, to set you an example as to how mankind ought to treat each other. I am your fellow man, but not your slave.” 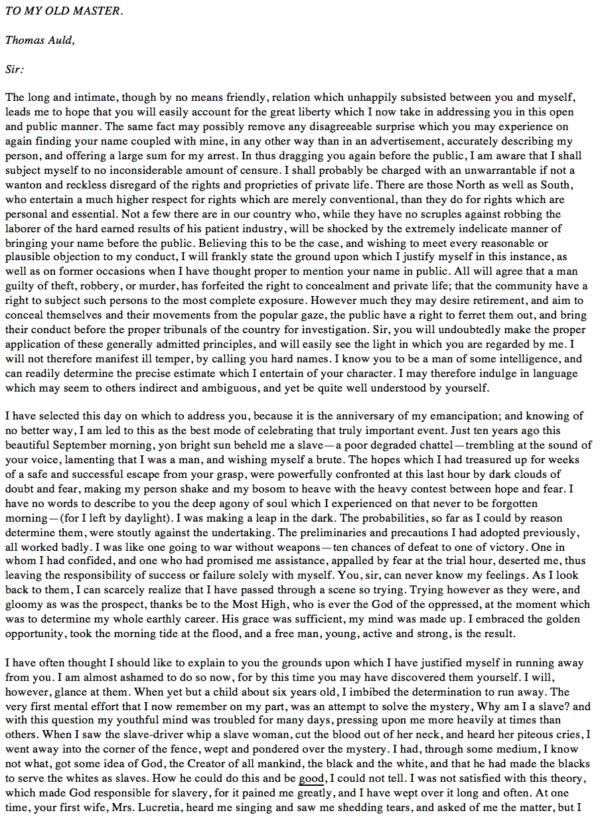 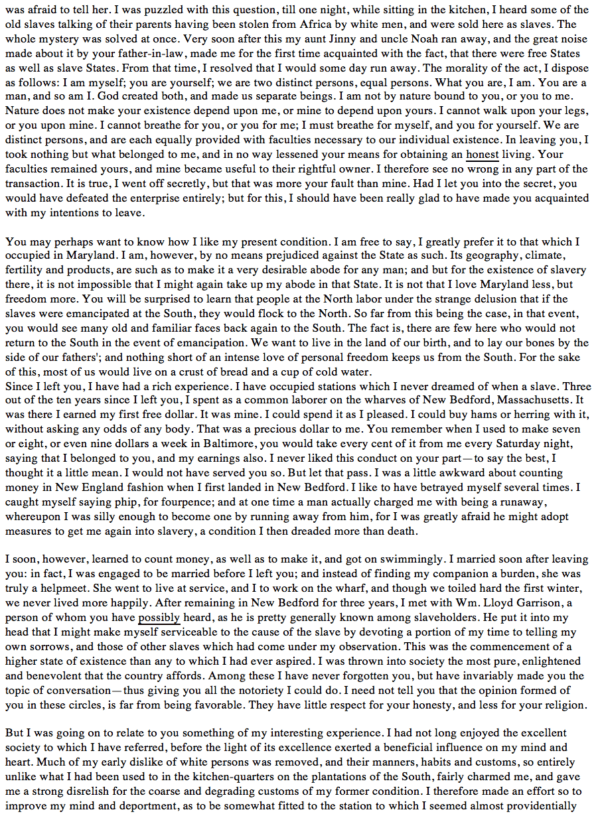 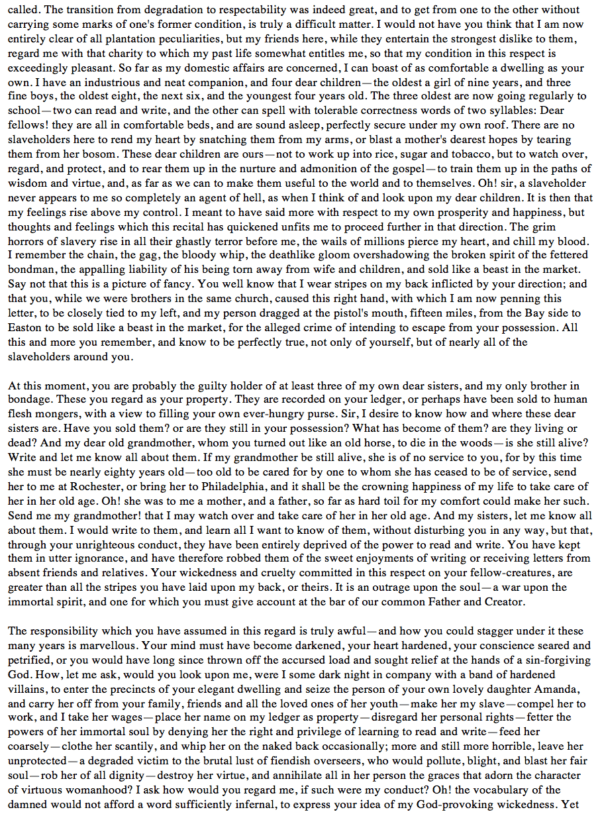