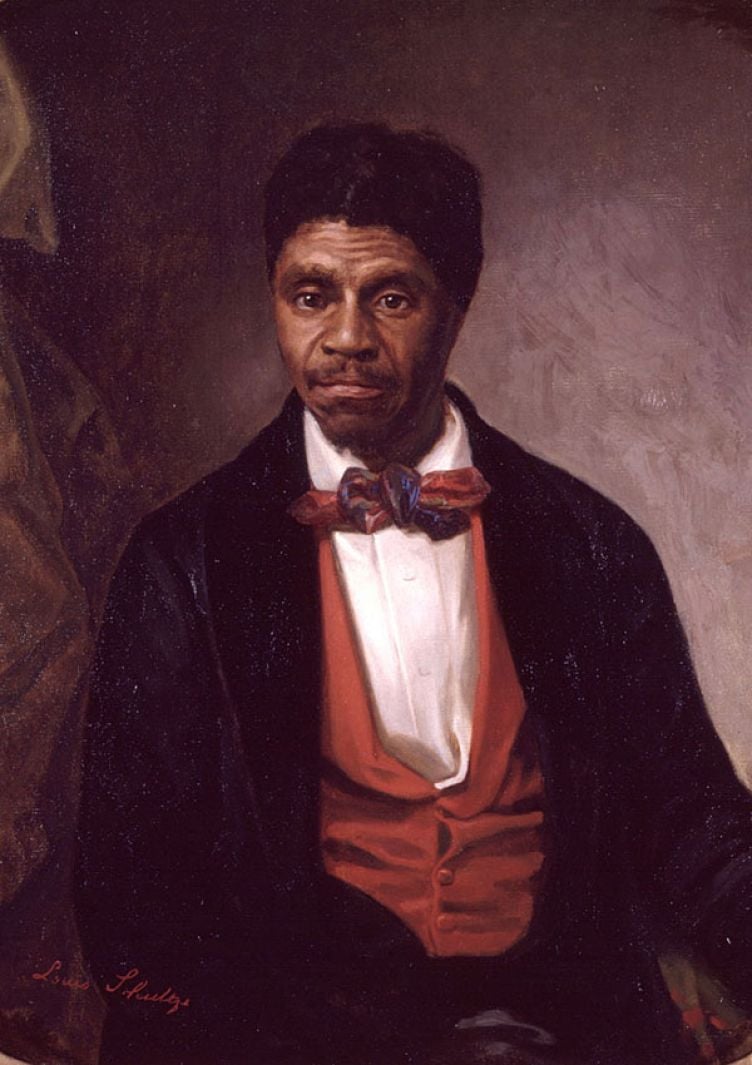 Certainly one of the most courageous slaves of the 19th century, Dred Scott ultimately sought his freedom by fighting for it through the tangles of the U.S. judicial system. Having failed to purchase freedom for himself and his family, Scott first filed legal suit in St. Louis Circuit Court in 1846. The logic was that even though they were slaves, Scott and his family had lived with their master in states and territories where slavery was illegal, and should therefore be given freedom.

After a protracted series of retrials and appeals, the Dred Scott v. Sandford case went before the U.S. Supreme Court in 1857. The court decided 7-2 against Scott, citing that African Americans were not US citizens and therefore had no standing to sue within the federal court system. He was eventually returned to the first family that had owned him, and all four Scotts were freed by their owner less than three months after the Supreme Court ruling.

Scott had precious little time to enjoy his freedom he spent more than a decade fighting for: he died in 1858 from tuberculosis. Nevertheless, his legacy lives on within the very document that failed to grant him his freedom. Following the Civil War, the Reconstruction Amendments made up for the dreadful Scott decision and functionally superseded the abominable words of the Taney Court.