The Story Of Frank Cullotta, The Chicago Gangster Who Turned Informant And Helped Inspire Casino

Frank Cullotta was a ruthless burglar and hitman who eventually turned informant on his partner in Las Vegas — and later advised Martin Scorsese on the set of Casino. 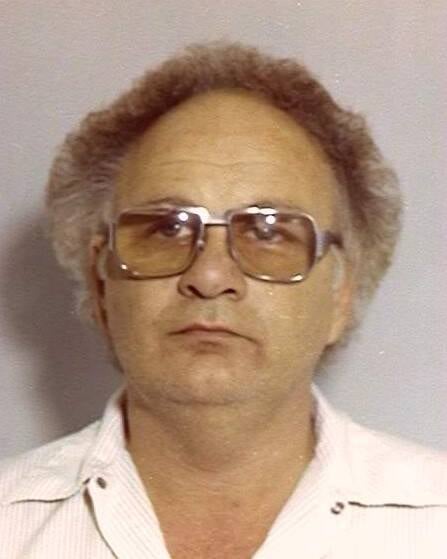 One of the most infamous members of the Chicago Outfit and the Hole in the Wall Gang burglary ring, Frank Cullotta also ended up providing law enforcement with key information on the mob’s activities in Las Vegas — and was one of the primary sources for the legendary book-turned-movie Casino.

Although he had a reputation as a crackerjack thief and a murderer in the mob, Cullotta’s cooperation with the federal government allowed him to live out his last years in peace and reinvent himself as a friendly guide to the Las Vegas of yesteryear. This is his story.

Frank John Cullotta was born in Chicago on Dec. 14, 1938. His father, Joe, an independent criminal, died when Cullotta was eight years old following a police pursuit. Cullotta grew up on Grand Avenue and began shining shoes in the neighborhood to earn money.

One day, another boy called to him from across the street and asked for his name, then warned him off of his shoeshine territory. About a week later, discovering their fathers had known each other, they became friends. Cullotta had met the ambitious Tony Spilotro.

Cullotta saw Spilotro on and off again over the years. Spilotro was on his own criminal trajectory, with his sights set on a long career in the Outfit. Spilotro knew two things got you noticed by the neighborhood bosses: the ability to earn and remorseless murder. Spilotro became an expert in both.

Spilotro once told Cullotta, “One day I’ll be boss of the Outfit.” Cullotta wanted nothing to do with them, and instead made his criminal living with a small crew burglarizing businesses and robbing men of their cash once they exited the bank. 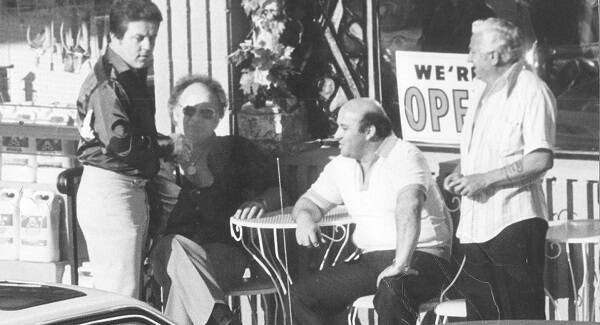 Public DomainTony Spilotro, Frank Cullotta, and members of The Hole In The Wall Gang.

In 1978, Joey “The Clown” Lombardo summoned Cullotta directly with some work for him. The new boss of the Grand Avenue Crew told Cullotta that he was sending him to Las Vegas, where Tony Spilotro had been protecting the Outfit’s casino-skimming operations for seven years.

Spilotro wanted him to watch his back, and though Cullotta had resisted previous requests, Lombardo told him that he was the only one Spilotro trusted out there.

When Cullotta arrived in the desert, he told Spilotro he needed a crew. While they needed to earn, the bosses had prohibited stealing in Vegas. Spilotro told him he had been given the okay — even though that wasn’t strictly true.

How Spilotro And Cullotta Organized Crime In Vegas 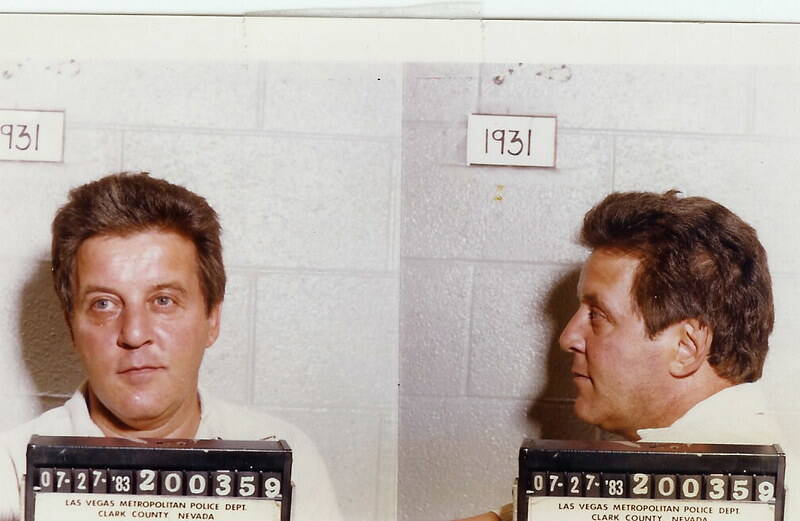 Spilotro and Cullotta had burglary tipsters everywhere, from hotel staff to car valets. Someone in Vegas always knew a friend of a friend who was holding large amounts of cash or jewels. If the tip led to a nice score, they would receive a percentage.

Cullotta’s crew got its name from their specialized methods of bypassing alarms and gaining entry by drilling through the sides or roofs of buildings. They burglarized houses, businesses, and drug dealers’ stash houses. Spilotro never went on the burglaries himself and bought a jewelry store called the Gold Rush to sell some of the stolen swag.

For Spilotro, Las Vegas was an open city, and he brought his Windy City ways with him. All independent bookies and criminals were subjected to a street tax there, with the thinking being, what the bosses in Chicago didn’t know wouldn’t hurt them.

Over the course of his career, Spilotro was questioned or publicly accused of at least 25 execution-style murders. Meanwhile, Las Vegas Metro Intelligence detectives were conducting ongoing surveillance of Spilotro — and, by default, Cullotta’s Hole in the Wall Gang.

Sherwin “Jerry” Lisner was a con man. He wanted Frank Cullotta’s protection in a fraud scheme luring Las Vegas businessmen to Washington, D.C. Lisner got himself indicted, and his lawyer unwittingly told a connected Vegas restaurant owner that his client was due to testify against some big gangsters — namely Tony Spilotro and Frank Cullotta.

When Spilotro heard the news, he turned to Cullotta and said, “Well you know you gotta whack him now, don’t you.”

Cullotta knew permission from Chicago was required, as per Outfit protocol, and Spilotro had, of course, given him the green light.

On the night of Oct. 11, 1979, Lisner was home alone. Cullotta entered his house and shot him several times in the head with a .22 handgun. Lisner miraculously survived and a fight ensued throughout the house, according to the Washington Post. Cullotta attempted to strangle Lisner with the power cord from a water cooler, which snapped.

Cullotta then reloaded his gun and managed to finish off Lisner, who’s body was then dumped into his backyard swimming pool. 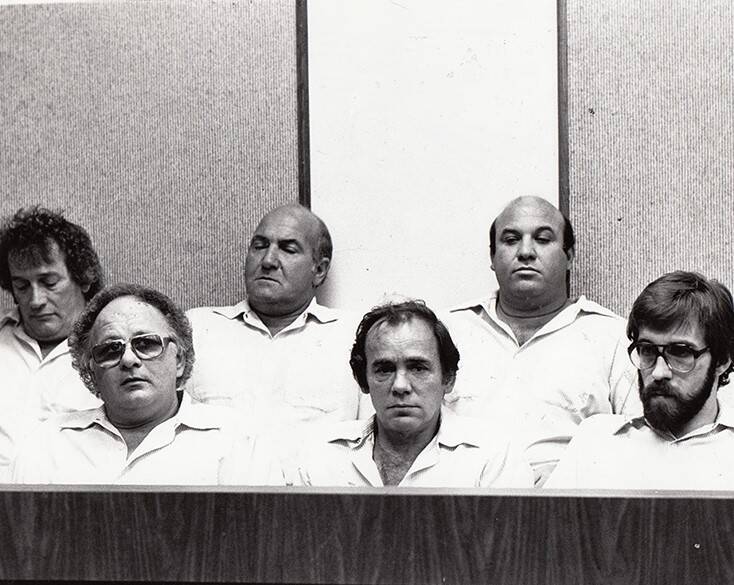 YouTubeFrank Cullotta and the Hole In The Wall Gang sit in a court hearing in 1981.

Frank Cullotta and his associates were facing several burglary-related charges in 1982, and soon the FBI tried to woo Cullotta to inform on his friends. Agents approached him with disturbing information they gathered on a wiretap: Spilotro had not in fact gotten permission to have Lisner killed, and the bosses were caught on tape telling him to “clean his dirty laundry.”

Cullotta knew that meant he was likely next in line to be whacked. In July 1982, Cullotta finalized an agreement to cooperate.

Spilotro was indicted for crimes related to the Lisner murder, and Cullotta admitted to involvement in over 300 crimes — including four murders.

Things were truly coming undone for the mob in Vegas. The FBI had indicted those responsible for “the skim.” Spilotro was having an affair with Lefty Rosenthal’s wife, Geri. Rosenthal himself survived a 1982 car bombing thanks to a hard-metal plate under his driver’s seat — an event faithfully recreated in Casino.

In 1986, Spilotro had run out of rope. Facing three criminal trials, as reported by the Los Angeles Times, he and his brother were finally discovered side-by-side in an open grave in an Indiana corn field, brutally beaten and kicked to death. Spilotro was played by Joe Pesci in Casino and his real-life death was depicted relatively faithfully in the film.

A New Life For Frank Cullotta 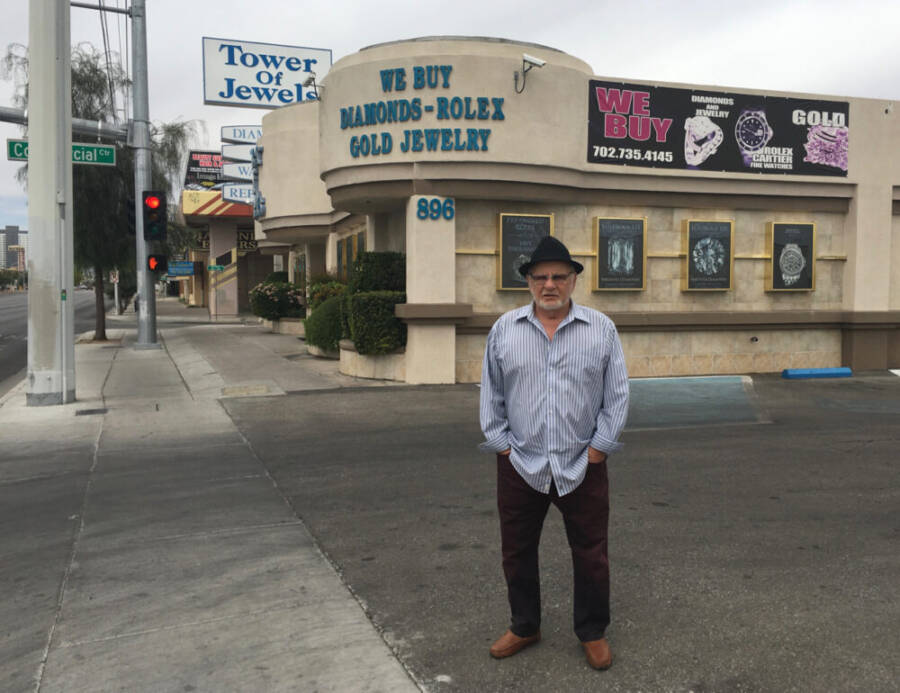 Cullotta was sentenced to eight years in prison, though he only served two. He went into the Witness Protection Program with his wife in Fort Worth, Texas, and Biloxi, Mississippi.

Author Nick Pileggi was writing Casino, and Cullotta was a tremendous help piecing it together. He was a technical advisor on Martin Scorsese’s film as well — and even played a bit part as a hitman. Cullotta, meanwhile, was played by Frank Vincent.

And in later years, Frank Cullotta ran his own Las Vegas mob tour, collaborated on three books about his life, and even started a popular YouTube channel called “Coffee With Cullotta” where he walked viewers through firsthand stories of the mob. He passed away peacefully on Aug. 20, 2020, at the age of 81.