Tony Spilotro inspired Joe Pesci's villain in the movie Casino, but the real man was far worse than the movie let on. 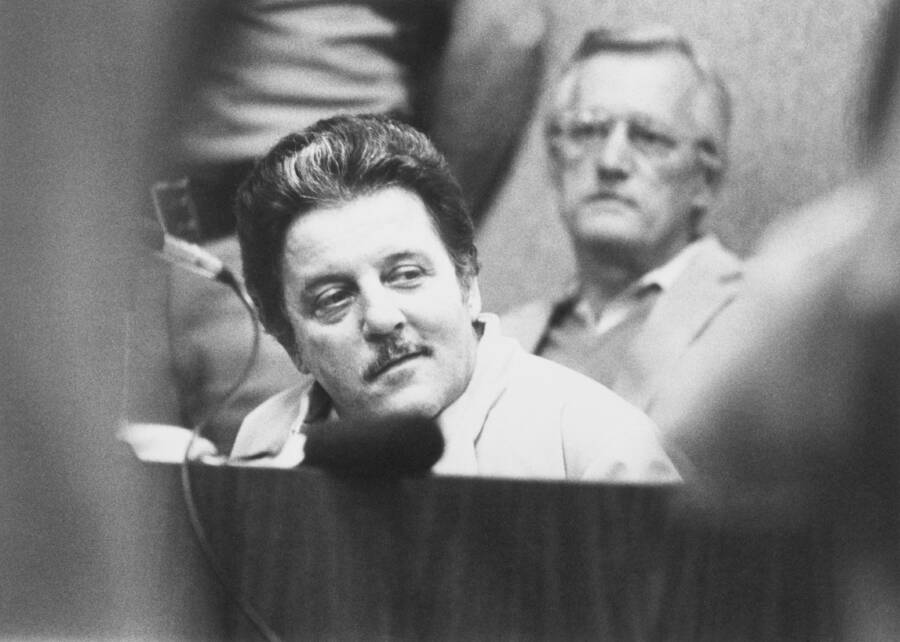 Getty ImagesBy age 22, the unwieldy Tony Spilotro had been arrested at least 13 times.

Among the many Mafia movies, one standout is Martin Scorsese’s Casino — and particularly for the violence. Robert De Niro stars as a Jewish gangster who runs Las Vegas casinos for the Chicago Outfit, with Joe Pesci playing Nicky Santoro, the barbaric mob enforcer who protects him. In real life, Pesci’s role was inspired by the brutal life of Tony Spilotro: and his truth is even more disturbing than the film version.

Indeed, Anthony Spilotro’s unique taste for violence would not only establish him as one of the most fearsome mobsters of the ’60s and ’70s, but also spell his own bloody doom.

Tony Spilotro might be best known for his success in protecting the Las Vegas casino rackets, but he started out like so many other Mafiosi: as a low-level gangster in Chicago. 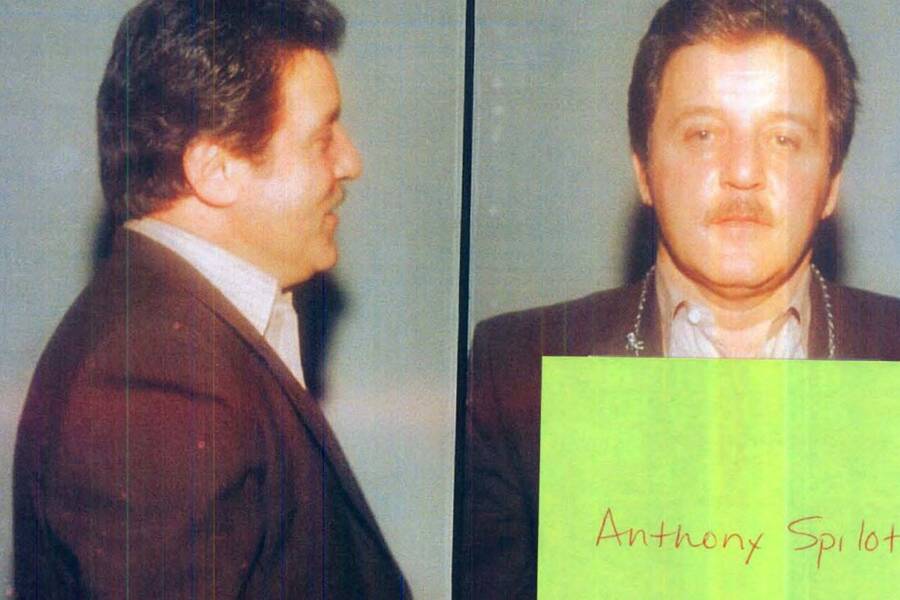 He was born in the Windy City on May 19, 1938. FBI agent William Roemer remarked in his biography on Spilotro, titled Enforcer, that Spilotro grew up the fourth of six sons in an Italian household. His dad, Patsy, ran a popular Italian restaurant that was frequented by mobsters like Sam Giancana.

Four of the five Spilotro boys fell in with some criminal elements, which likely wasn’t helped by the fact that their dad died young. Only one of Spilotro’s brothers went to college and became a respected doctor.

Tony Spilotro became a high school bully before dropping out. He grew a reputation for small crimes like shoplifting and purse snatching. Dubbed a “pissant” by friends and enemies alike, Spilotro received a nickname “Ant.” Alternatively, he was called “the Ant” in reference to his small stature: Spilotro stood five feet, two inches. 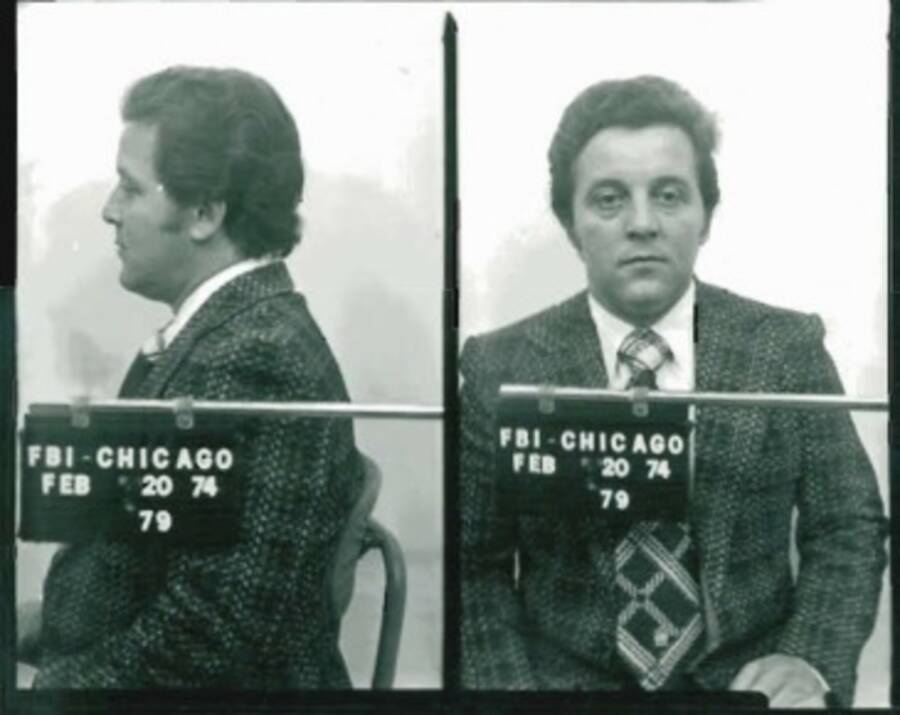 At sixteen or seventeen, depending on the source, Spilotro was arrested for the first time on charges of larceny. By age 22, he’d been arrested more than a dozen times.

He became a ripe prospect for the Chicago Outfit and drew the notice of one Sam “Mad Dog” DeStefano. The former Chicago cop-turned-Mafia errand boy Mike Corbitt recalled of DeStefano, “He was a real sicko. He would do things to disrespect you, like coming into a bar and pissing on the floor in front of your wife.”

DeStefano took Spilotro under his wing and set up the young man for his next big venture in his criminal career: murder. 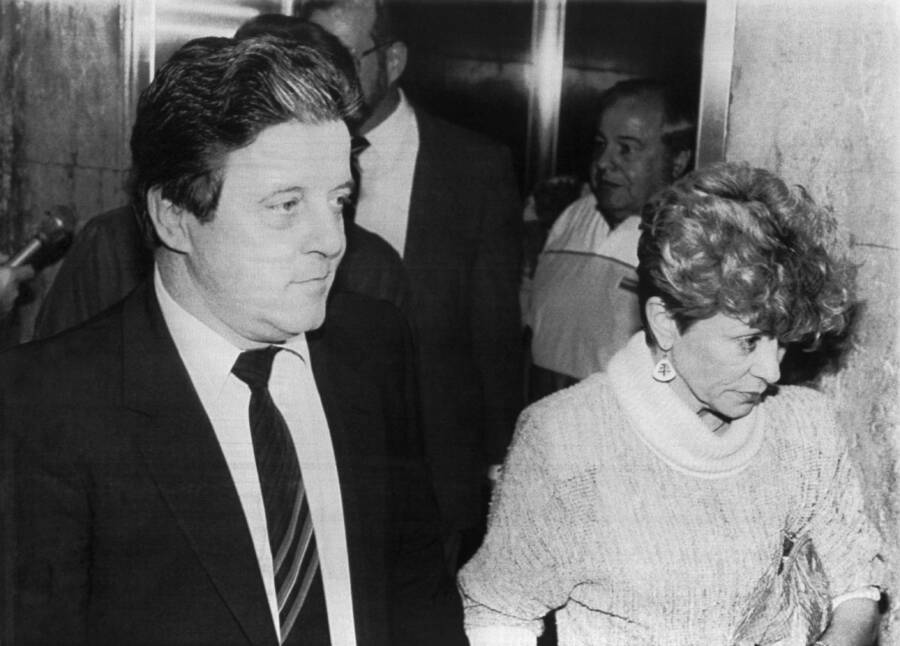 Getty ImagesAnthony Spilotro and his wife, Nancy, leave the federal building in Las Vegas after a mistrial was declared in his trail on racketeering charges.

Tony Spilotro And The M&M Murders

Under the thumb of the uber-violent DeStefano, Spilotro got the chance to become a “made man,” or a full member of the Mafia. This opportunity came when he was asked to handle the so-called M&M Boys. The “M&M” in question were two minor thugs: Billy McCarthy and Jimmy Miraglia, who killed several local businessmen due to a drunken argument. Killing legit businesspeople in a neighborhood of mobsters was a no-no, especially as it brought attention to the Mob.

In 1962, Spilotro was dispatched to take care of the M&M Boys, which inspired the infamous torture scene in Casino. Spilotro and buddies — including DeStefano — beat up McCarthy, then stabbed him through the testicles with ice picks. Then, Spilotro “put his captive’s head in a vise and squeezed, then squeezed some more,” according to Dennis Griffin’s Policing Las Vegas, until one of McCarthy’s eyes popped out. In Casino, McCarthy is portrayed by a one “Tony Dogs,” but the scene is as brutal as possible on screen.

Finally, McCarthy gave up Miraglia. Eventually, people uncovered the mangled bodies of both Miraglia and McCarthy, their throats slit, in a car on the South Side of Chicago.

In 1963, Spilotro followed up on his murderous success by killing real estate broker Leo Foreman, who’d gotten on the wrong side of DeStefano. Dragging Foreman down to a cellar, Spilotro hammered Foreman’s private parts, then attacked him with an ice pick, and only then shot him in the head. He dropped the body off in a car trunk as well.

When he was discovered, the corpse of Foreman had chunks of his body removed before he was killed. 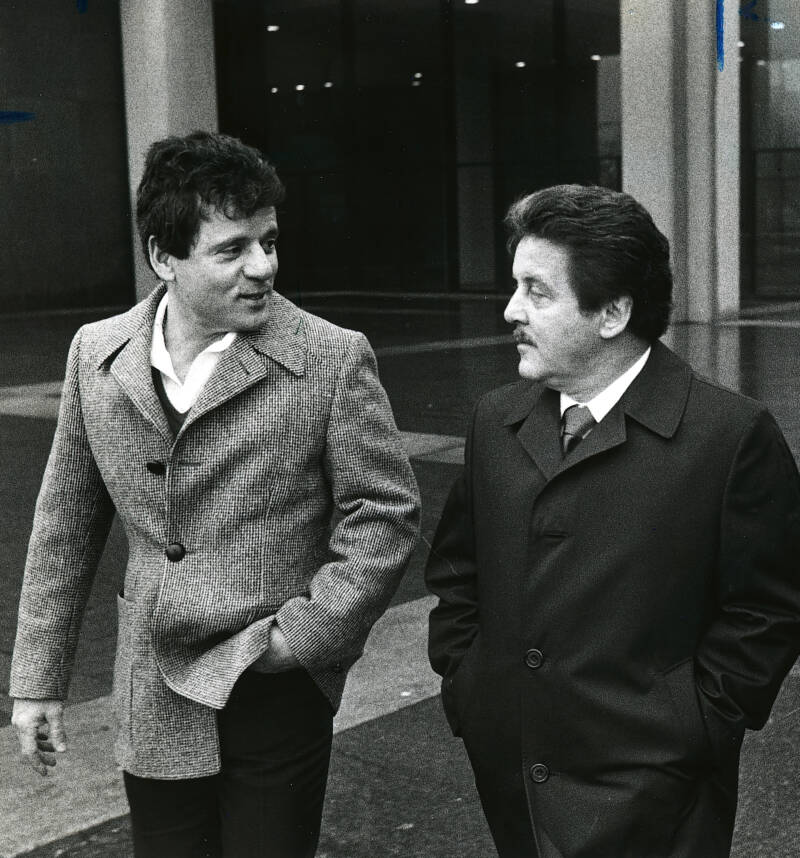 Spilotro was well known even in the mob by this point for his brutality. But it didn’t keep him from rising the ranks of their lucrative operations in Vegas.

The Chicago Outfit controlled the Las Vegas casinos and skimmed a bunch of cash off it for itself. To make the operation seem legit, Dennis Griffin noted in The Battle for Las Vegas: The Law Vs. The Mob, the Mafia put a man known as Frank “Lefty” Rosenthal in charge of the gambling operation. The Jewish Rosenthal served as the inspiration for De Niro’s character in Casino, Sam Rothstein, who makes the Mob’s skimming operations seem legit.

Spilotro’s role was to keep the mobsters working for the Chicago Outfit in line while in Vegas. If any of them tried to take cash where they weren’t supposed to, Spilotro would wield his infamous ice pick and/or fists. He was also supposed to grab as much cash from the casino before it was officially logged in, i.e. “skim.”

In Casino, Joe Pesci’s Nicky Santoro serves this role. In the film, Santoro’s bad temper gets him banned from most Las Vegas casinos and according to Nicholas Pileggi’s book Casino: Love and Honor in Las Vegas, Spilotro also had a notorious anger problem. Pileggi quoted mob enforcer Frank Cullotta as saying that Spilotro grew jealous of Lefty’s fame and fortune as the legit face of the casino.

Nicky Santoro describes his ‘hole-in-the-wall gang’ as they’re depicted in Casino — which is very close to how it was for Tony Spilotro in real life.

He said, “Tony sees Lefty walk in the joint, and everybody jumps up to shake his hand. And Lefty’s loving it. Tony’s just watching. He’s getting pissed, especially when Lefty doesn’t even nod over in Tony’s direction for respect.”

So Spilotro decided to branch out on his own and tap into his old skill—theft. He kick-started a group of burglars, arsonists, and thieves called “the Hole-in-the-Wall Gang.” They earned their moniker by busting through walls to get at precious jewelry and other expensive goodies to hawk on the Strip. He even opened his own shop, The Gold Rush, with brother Michael to sell his stolen stuff.

By 1974, the los Angeles Times reported that there was more gangland crime in Las Vegas than ever before, and perhaps with Spilotro to thank for that. By this time, the unwieldy gangster had already been indicted for murder several times.

But there was more than just bad professional blood between Rosenthal and Spilotro. Rosenthal had married showgirl-turned-girl about town Geri McGee. A former waitress at the famed Tropicana club in Vegas, McGee snared Rosenthal and gambled away tons of his money after she won his heart. In Casino, Sharon Stone plays the McGee-inspired dancer Ginger McKenna and she’s rather true to life.

The Rosenthals’ relationship soon soured, though. Just as Rothstein’s wife fell into bed with her hubby’s arch-rival Santoro, so too did McGee have a torrid affair with Spilotro.

At one point in 1982, Spilotro allegedly tried to car-bomb Rosenthal following McGee’s drug-induced suicide. The attack failed, but the repercussions of his affair with Rosenthal’s wife continued to upset the Vegas mob.

Eventually, this incident together with Spilotro’s other misdeeds caught up to him. Since he was a made man at 25, Spilotro had caught the eye of law enforcement. Naturally, too much attention on the mob spelled danger, which meant Spilotro was a major liability.

Spilotro was arrested again in 1981 after cops caught the Hole-in-the-Wall Gang trying to rob a home goods store in Vegas — thanks to an informant on the inside.

Having Spilotro’s name emblazoned across the news once again didn’t sit well with the Chicago Outfit anymore. William Roemer told The LA Times that “Spilotro wasn’t doing his job in Las Vegas. He maintained too high a profile there. Mobsters flourish in darkness. Spilotro, facing three major trials, was obviously not following that dictum. He was under the glare of the harshest spotlight.”

Spilotro was slapped with numerous charges and suspected of a number of other crimes, including the attempted murder of Rosenthal in a 1982 car bombing. 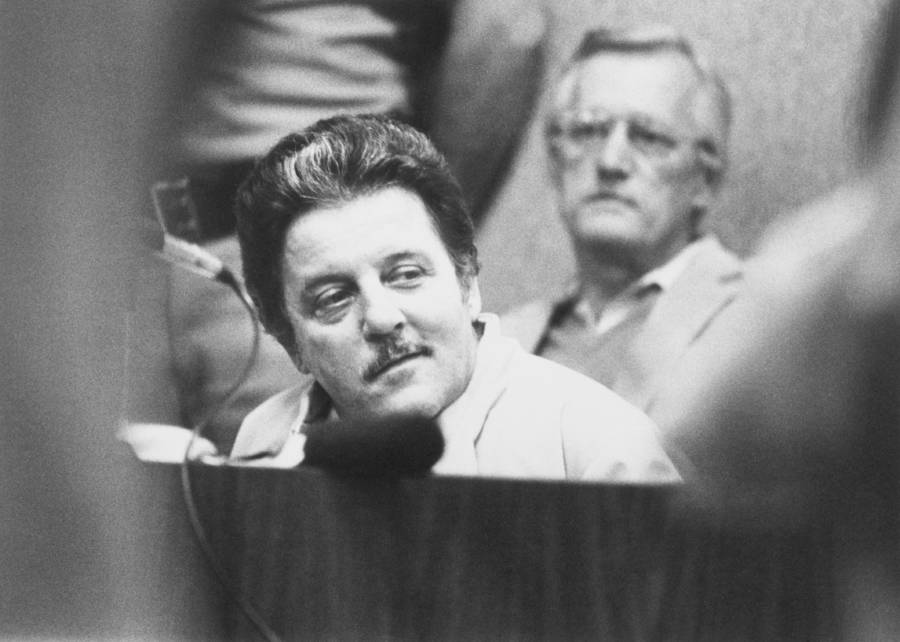 The Mob thus decided to off Spilotro and his brother, Michael. They were beaten to death in 1986, their bodies left in an Indiana cornfield.

In 2007, three Mafiosi were finally convicted of the Spilotro brothers’ killings.

In this case, the film Casino truly imitated life – except for the fact, that unlike Santoro, Spilotro was not buried alive, though he was subjected to a torturous end that befitted a mobster as cruel as he was.

After this look at the bloodlusty mobster, Tony Spilotro, dive into an equally horrifying tale: the story behind the film The Conjuring. Then, check out the amazing true tale of Desmond Doss, a World War II hero.