Frank Serpico: The NYPD Whistleblower Who Uncovered Corruption — And Was Shot In The Face For It

In 1970s Brooklyn, idealistic cop Frank Serpico blew the whistle on bribery and crime within the force. It almost cost him his life.

In the opening scene of the 1973 film Serpico, Al Pacino, who stars as the titular character Frank Serpico of the New York police department, tensely draws his revolver.

Frank Serpico is about to make an arrest at a heroin dealer’s apartment. He kicks in the door and waits for his fellow cops to assist. Instead, the drug dealer on the inside fires his gun and hits Serpico in the face. 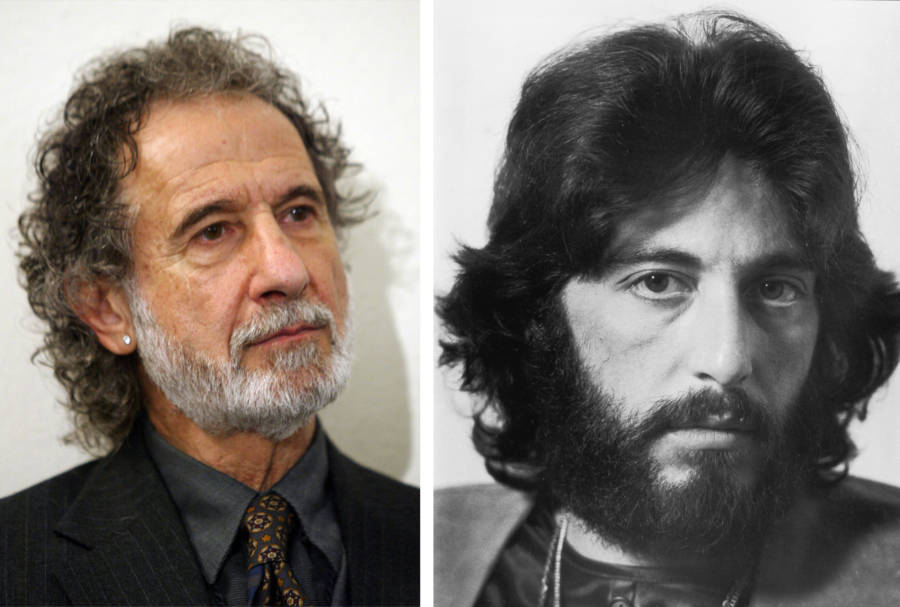 Although Hollywood dramas tend to take historical liberties, the real experience of Frank Serpico is chillingly close to that scene.

“Even today it’s very difficult for me to watch those scenes, which depict in a very realistic and terrifying way what actually happened to me on February 3, 1971,” Serpico recalled. But what series of events brought the brave cop to that harrowing moment?

Born Francesco Vincent Serpico into an Italian-American family, young Serpico idolized the NYPD cops who patrolled his neighborhood in the Bedford-Stuyvesant section of Brooklyn. Serpico consequently joined the New York police force in 1959 in a bid to follow in the footsteps of his childhood heroes.

But Serpico did not blend in with the other cops in Brooklyn’s 81st Precinct. Serpico was flamboyant and charismatic. He enjoyed the finer aspects of life like art and ballet and the orchestra, in stark contrast to the macho conservatives who made up the majority of the force. He also relished his job and sometimes made arrests when off-duty or in other cops’ territory.

Though Serpico simply loved his job — and was good at it — his colleagues did not appreciate his exuberance.

What’s more, Serpico’s spirit was slowly crushed as he witnessed the rampant corruption in his precinct. Cops were bribed by criminals, gamblers, thugs, and drug dealers with everything from free meals to money. His refusal to partake in these practices made Serpico all the more unpopular at his job.

It didn’t help that by 1967 the fed-up officer had begun to complain to the higher-ups in city government about what he’d seen in the force. Serpico willingly gave up names of places and officers alike.

He was aghast when no one listened.

The cop likened the unspoken policy between cops to not report each other to the Mafia concept of “omerta”, or a wall of silence.

But Frank Serpico couldn’t keep quiet. He confided in David Durk, a graduate of Amherst College who had become an officer in 1963 after quitting law school.

Both men resolved to take their information to The New York Times. It was only after their story made the front page that City Hall launched an investigation. 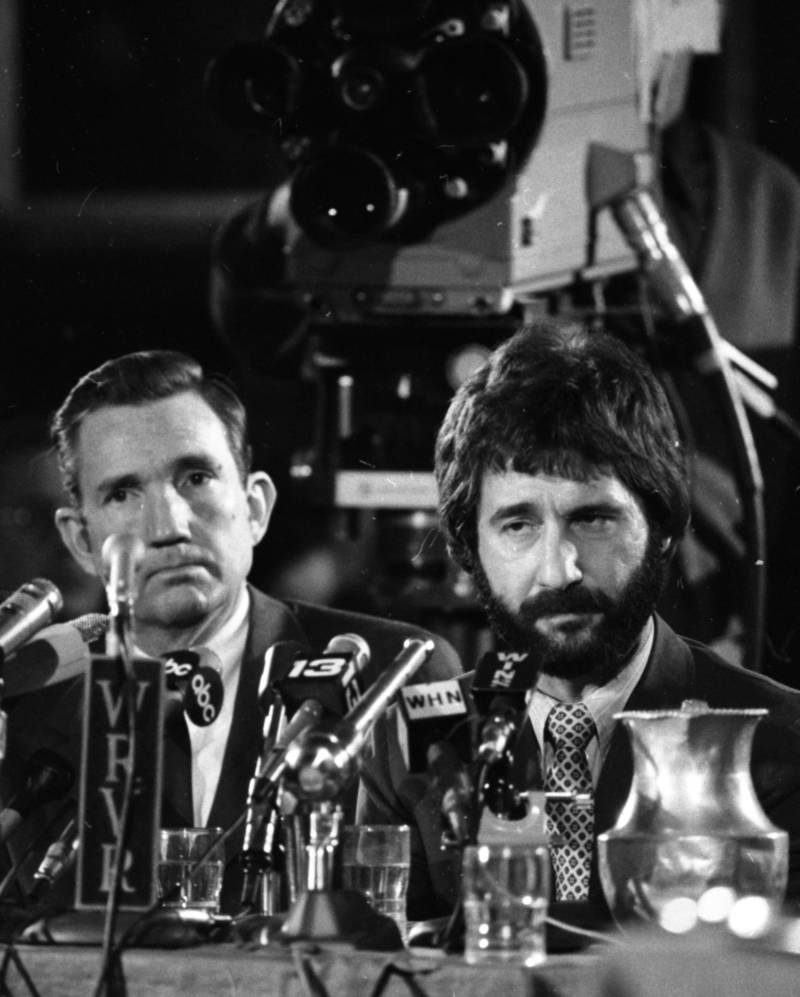 At a public hearing in mid-1970, Frank Serpico testified as to what he had witnessed in the NYPD in conjunction with the evidence the officials had found in the investigation.

“The atmosphere does not yet exist in which an honest police officer can act without fear of ridicule or reprisal from fellow officers,” Serpico stated. He and Durk also pressured Mayor John V. Lindsay to form the Knapp Commission, which would focus on sniffing out further corruption in the force. To some, this hearing and the commission to investigate corruption that came with it made a world of difference. But to Serpico, real change in the NYPD remains to be seen.

“I hear from police officers all the time; they contact me,” Serpico reported in 2010. “An honest cop still can’t find a place to go and complain without fear of recrimination. The blue wall will always be there because the system supports it.”

Frank Serpico made several enemies that day he testified and unknowingly endangered his life.

A Brush With Death

Ten months later, Serpico had been transferred to the Narcotics division of the New York City Police Department. He was brought along on the arrest of a drug dealer in a Latino neighborhood of Brooklyn because he spoke Spanish. Accompanied by a couple of backup officers, Serpico was instructed to just get the apartment door open “and leave the rest” to his colleagues.

But when the door was opened and Serpico rushed it, it was slammed on his shoulder and head, wedging him halfway inside. Frank Serpico called to his two backup officers for assistance, but no help came. He realized then he was looking down the barrel of a gun. He was shot in the face.

Both of the backup officers fled after he was shot and it would be an elderly Hispanic man who called 911 on his behalf. A single patrol car responded to the incident and the officer who responded allegedly muttered, “If I knew it was Serpico, I would have left him there to bleed to death.”

Serpico barely survived. Today he still does not know the full story behind his shooting as an investigation was never conducted. He had read that officers who break the unspoken code of silence among police may sometimes not be helped in emergency situations — which he learned firsthand that day. 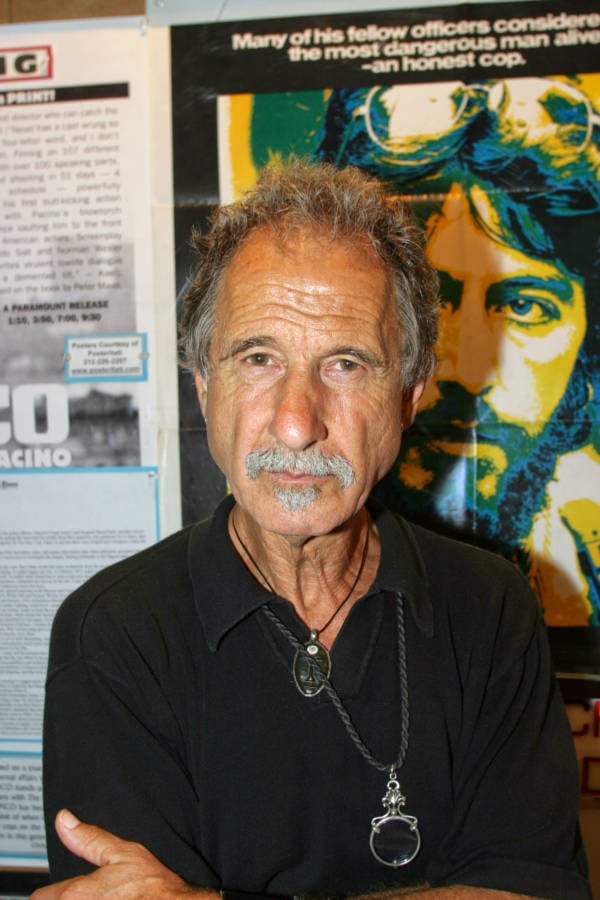 In 1971, he was awarded the Medal of Honor, the NYPD’s highest award for bravery in action. Serpico doesn’t believe this recognition came from a genuine place, however:

“They handed the medal to me like an afterthought, like tossing me a pack of cigarettes. After all this time, I’ve never been given a proper certificate with my medal.”

About a year later, Frank Serpico retired from the force.

To this day he has shrapnel in his head and is deaf in one ear.

Frank Serpico’s Legacy, A Blockbuster Film, And Beyond

Even 30 to 40 years later, cops still hate Serpico. When Durk died in 2012, Serpico’s friends pointed to a police website that regretted Serpico had not yet joined his buddy in death.

His fearlessness and idealism were memorialized in the Hollywood sensation Serpico, which highlighted the constant frustrations and tensions the officer experienced while on the force.

A scene from the 1973 film in which Serpico argues with an inept cop.

The movie does well in capturing Frank Serpico’s rage with the incompetence and corruption on the force. Although the movie takes some liberties, as Serpico spent most of his time in Brooklyn and not throughout all New York’s boroughs as the film suggests.

Serpico, who was a consultant on the film, was appreciative of Pacino’s acting chops but butted heads with director Sidney Lumet. The real-life Serpico argued consistently with Lumet over the accuracy of the movie, and eventually, walked away from partaking in the movie altogether.

The officer retired in 1972 and traveled the world. Criminal justice experts call Serpico a true reformer who helped effect real change in law enforcement, but the ex-cop is less positive about his legacy. In 2010, he confided to the The New York Times a poignant regret about joining the career he idolized from childhood.

“They took the job I loved most. I just wanted to be a cop, and they took it away from me.”

Frank Serpico now lives in upstate New York in a secluded cabin with not a neighbor in sight, but he ventures into the city for protests and causes he believes in — ever the whistleblower.