He revved up to about 60 miles per hour and tried to deploy the chute once he passed over the ramp.

The man glances at the camera, somber as he shimmies into his harness. He shrugs on his pack, obscuring the writing gracing his back—“Just Freddie.” He hops on the bike, and despite the late November date, the wind seems balmy as it whips around him.

The road is perched high above the cliffs outside Los Angeles, falling abruptly away to a gulley dotted with brush and telephone wires. The man aims straight for the edge and flies off the side.

Osborne wasn’t the first daredevil to make the world stage—far from it. In 1912, Franz Reichelt, a tailor, lept from the first stage of the Eiffel Tower wearing a homemade parachute. He uttered a nonchalant “à bientôt” (see you soon), jumped, and died on impact when his chute failed to catch properly. 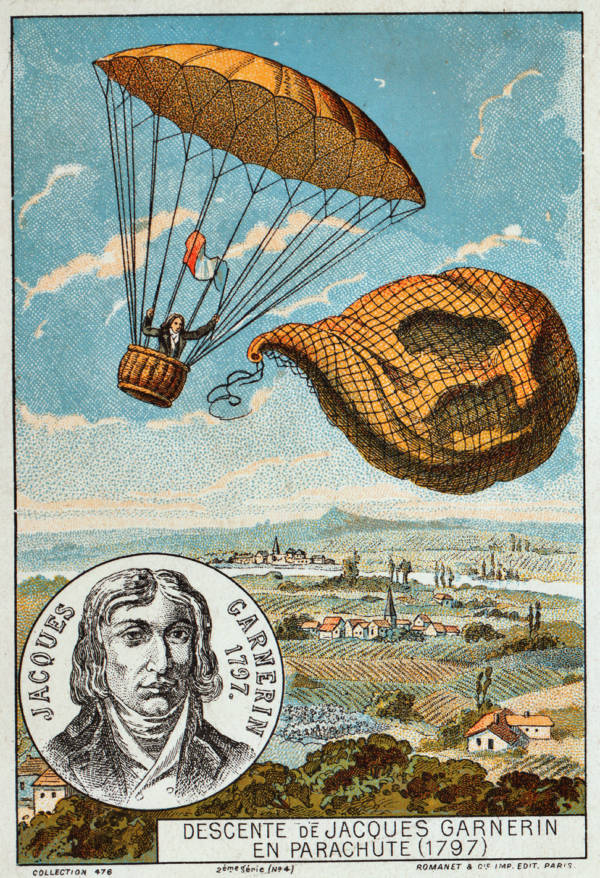 Of course, there were successful parachute jumps before Osborne was even born. The title for the first parachute jump belongs to Andre-Jacques Garnerin, who rose to a height of 3,200 feet and coasted down to safety in a hot air balloon/parachute crossover. Even Leonardo da Vinci dreamed of a linen tent that would presage parachutes, with which  one would “be able to throw himself down from any great height without suffering any injury.”

Fred Osborne sought to join these greats by incorporating the 21st century into his stunt, by way of a motorcycle.

He organized his stunt to take place at Huntington Cliff, outside of Los Angeles. He had the ramp erected, got the camera set up, and put together his flight suit. He revved up to about 60 miles per hour, and tried to deploy the chute once he passed over the ramp.

The speed and drop of the cliff weren’t enough for the chute to catch, and it never opened properly. Miraculously, he lived.

The April 27, 1927 edition of Popular Science Monthly attributed his survival to the telephone wires that supposedly broke his fall. The cycle crashed to the ground and caught fire, and Osborne was rushed to the hospital where it was reported that he was expected to recover fully.

Adrenaline junkies are nothing new, and will probably exist for as long as human beings do (self-driving bumper-cars, anyone?). Philippe Petit, Evel Knievel, even Johnnie Knoxville have done their best to defy gravity and cheat death. In Osborne’s case, one out of two ain’t bad.

Next, read about Franz Reichelt, his Eiffel Tower jump, and his failed jumpsuit. Then meet Alan Eustace, the man who completed history’s highest skydive.