Shortly after publishing her manifesto, titled "Society for Cutting Up Men," Valerie Solanas' feminism spiraled out of control, and she attempted to assassinate famed artist Andy Warhol. 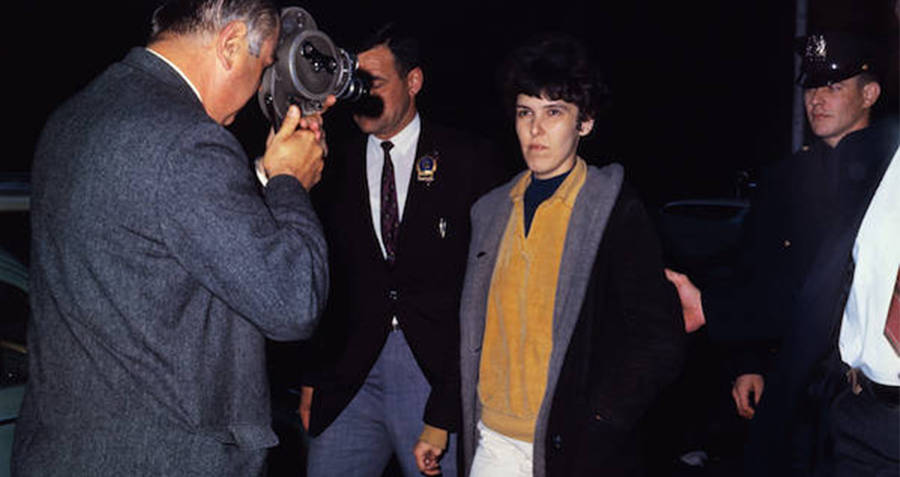 Valerie Solanas’ story may be the closest link between a play and an assassination since Lincoln’s fateful day at the theater.

She was unsuccessful in her attempt, but on June 3, 1968, Solanas came close to assassinating famed artist Andy Warhol after she shot him with a .32 revolver. It happened at Warhol’s famous New York City studio, the Factory, where Solanas waited for him, the weapon concealed in a brown paper bag.

Once he arrived and invited her in, she pulled out the gun and fired at him three times. The first two shots missed, but the third went through his lungs, spleen, esophagus, stomach, and liver.

Warhol fell to the ground and was taken to the hospital, where he was pronounced dead. Doctors were able to perform an emergency surgery that resurrected him. Still, he never fully recovered and had to wear a surgical corset for the remainder of his life.

So who is the would-be assassin and why did she shoot one of history’s most cherished artists?

Though she wasn’t well known at the time, Solanas was a radical feminist and author. She had a rough upbringing before going on to receive a degree in psychology at the University of Maryland. She then moved to Berkeley, California followed by a move to New York in the 1960s.

Valerie Solanas’ SCUM Manifesto, which she originally self-published in 1967, is viewed as one of the most polarizing and notorious pieces of feminist literature. As divisive as it was, the proclamation mostly flew under the radar until the assassination attempt placed both Solanas and her manifesto in the spotlight.

The manifesto begins with:

“Life in this society being, at best, an utter bore and no aspect of society being at all relevant to women, there remains to civic-minded, responsible, thrill-seeking females only to overthrow the government, eliminate the money system, institute complete automation and destroy the male sex.” 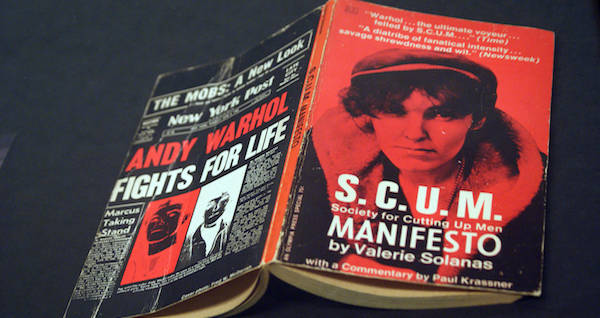 Marc Wathieu/flickrValerie Solanas’ own copy of the SCUM Manifesto.

The contents of the manifesto would suggest that they were her reasoning behind shooting Andy Warhol – after all, SCUM stands for the “Society for Cutting Up Men,” of which Solanas was the founding (and only) member – however, that wasn’t the case.

When she first got to New York in 1965, Solanas gave Warhol a script she had written and asked him to produce it. He seemingly ignored the script, and when she called to check up on it, he claimed he had lost it.

That was around the time Valerie Solanas began to lose it. While the precise events of the day haven’t been definitively pinned down, it’s reported that she accused of Warhol stealing her work and that her anger at his rejection led her to buy the gun and plan the assassination.

Several hours after the shooting, she turned herself into William Shemalix, a traffic cop in Times Square. She is quoted as having said that Andy Warhol “had too much control in my life.”

The trial that followed her arrest included: an order for Solanas to be admitted for psychiatric evaluation at Bellevue Hospital where she was deemed mentally unstable; a stint at prison ward of Elmhurst Hospital; several charges including attempted murder and illegal possession of a gun; a stay at Matteawan State Hospital for the Criminally Insane; a paranoid schizophrenia diagnosis, and ultimately a three year prison sentence.

While all this was going down, Olympia Press published the SCUM Manifesto, taking the phrase “there’s no such thing as bad press” to a whole new level. 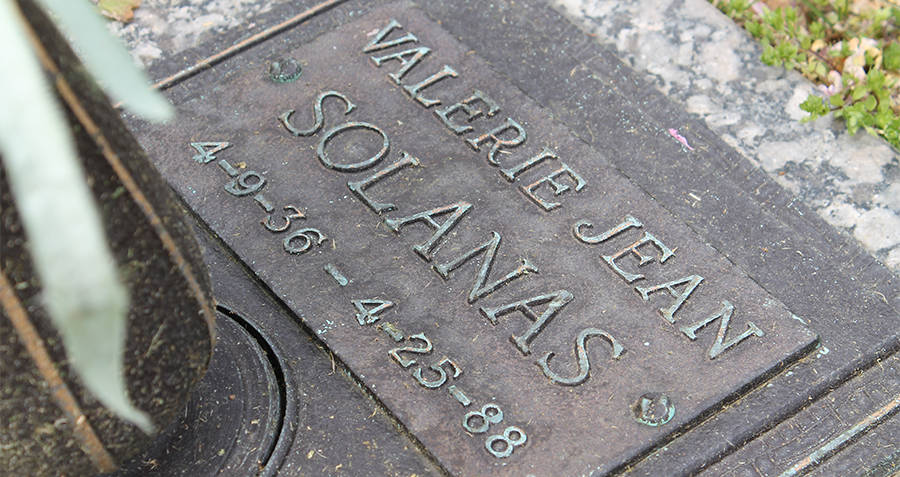 Even today, her SCUM Manifesto is included in the canon of feminist literature. It’s been praised and denounced. It’s been analyzed and reviewed. It’s been used in pop culture. And it has been reprinted at least 10 times and translated into 13 different languages.

Feminist icon or criminally insane, the story of Valerie Solanas is one that continues to captivate people. It also stands as a leading example that a potentially paranoid schizophrenic convicted of attempted murder can still write.

After learning about read about Valerie Solanas, the woman who almost killed Andy Warhol, Mata Hari, the feminist the world wasn’t ready for, then check out the evolution of Madonna’s feminist message.