The 72-year-old spent four months at sea in the unusual vessel and brought a fishing rod, foie gras, and wine on his trip. 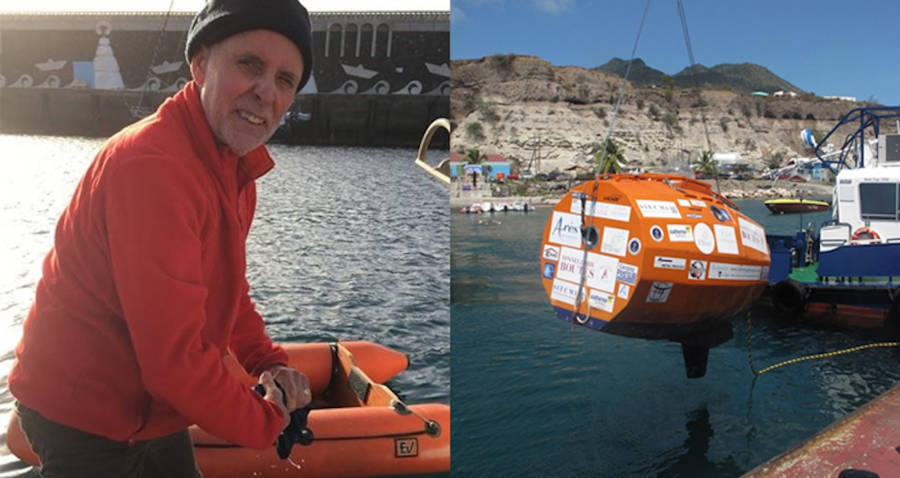 Some people prefer to enjoy their retirement in peace on dry land. But 72-year-old Jean-Jacques Savin, a former military parachutist and pilot, needed a new adventure. To quench his thirst, he built a giant, orange barrel, and vowed to cross the Atlantic Ocean in it.

According to Popular Mechanics, the wild journey was inspired by Savin’s fellow Frenchman Alain Bombard, who had traveled solo across the Atlantic in a lifeboat in 1952. But the two men’s experiences were very different.

While Bombard journeyed on a small lifeboat — no roof, no kitchen, no twin bed with safety straps — and ate only whatever plankton and raw fish he could catch on his 65-day journey, Savin’s ride was quite a bit cushier. He brought some food essentials and not-so-essentials, including foie gras. He even popped open a bottle of Sauternes white wine to ring in the new year, and a bottle of red Saint-Emilion to celebrate his 72nd birthday in January.

Savin’s brightly-colored barrel measures at about 10 feet long and seven feet wide. It was custom-built using resin-coated plywood by two French barrel-makers. The exterior of the barrel is decorated with a smattering of logo stickers from companies and organizations that helped Savin prepare for his long — and potentially dangerous — journey.

The unconventional contraption finally set off in late December from the Canary Islands, off the coast of Africa, toward the Caribbean.

“The weather is great. I’ve got a swell of 1 meter [3 feet] and I’m moving at 2 or 3 kilometers an hour [1-2 mph],” Savin told Agence France-Presse by phone shortly after departing.

While the barrel’s exterior isn’t much to look at, the barrel’s interior is pretty groovy. With above half the floor space of your average college dorm room and painted red and white, it features a simple bed, kitchen, and storage space.

A porthole in the floor allowed Savin to observe fish during his travel, which turned out to be his main entertainment out at sea — and a source of food. He supplemented his loads of dry provisions with wild fish he caught himself.

Savin gives a quick tour inside his big orange barrel.

Savin’s main concern was to build a sea home that would withstand the force of orca attacks. Luckily, his 128 days at sea were mostly uneventful, except for the occasional sleepless night caused by strong waves knocking the barrel around from outside.

And while Savin’s journey was certainly a gutsy, twilight-years move, it wasn’t a purely selfish endeavor. He dropped off markers along his journey to help the international marine observatory organization JCOMMOPS with its research on ocean currents.

Savin’s fans could also track his location online, as well as track his state of mind — and his fishing successes — via his Facebook posts. In one post, on his 120th day at sea, Savin divulged that he saved some fish skin and sewed a makeshift pocket for his smartphone. 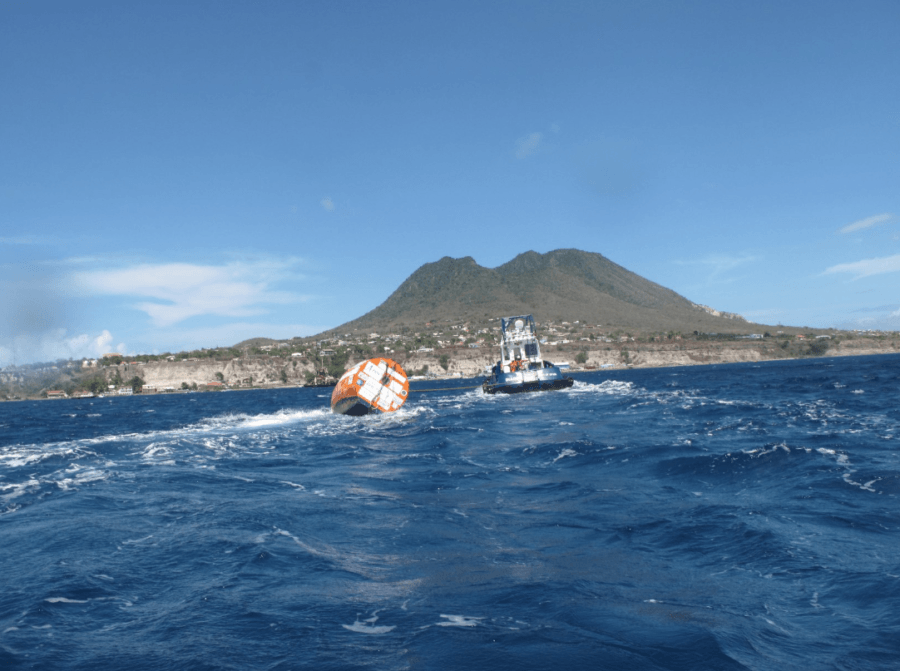 Savin finally completed the arduous journey on May 6, a month later than he had expected. He hoped to land on an island with French history but wound up on the shores of the Dutch island St. Eustatius.

“Some joked and ask if they were arresting him on arrival for being so crazy,” Dorette Courtar, an island resident who watched as Savin’s barrel was pulled ashore by a crane, told CNN. “Others, like myself, were fascinated by this journey and technology.”

Although he’s reached civilization, Savin’s experiment isn’t done yet. He plans to submit himself to medical screenings so researchers can study the effects of solitary confinement. And his French wine is getting tested, too: An unopened bottle of Bordeaux from his sea barrel will be compared to one of the same kind kept on land, to assess how the beverage might be affected by months at sea.

Next, read about the story of Millvina Dean, the two-month-old baby who survived the Titanic sinking. And then, learn how Annie Edson Taylor conquered Niagara Falls in a pickle barrel.